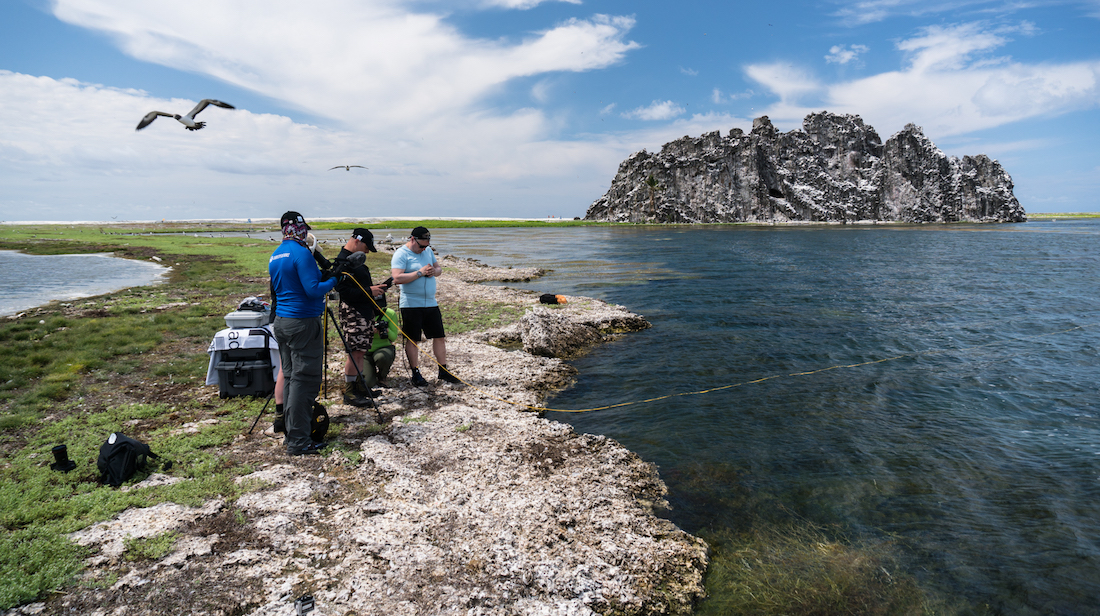 Under the cover of night, I pass a heavy bag of dive gear to a waiting hand and then pull myself aboard the Nautilus Under Sea. This 96-foot craft would be my diesel-powered home for the next 16 days, and my ride to one of the most remote island atolls in the world. I’m tagging […] 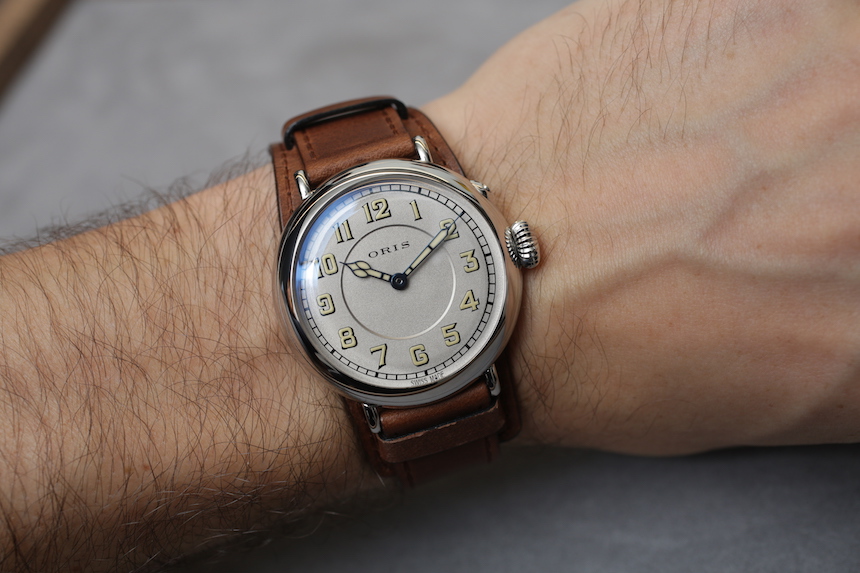 Vintage inspired watches are all the rage these days, and during Baselworld 2017, we saw the release of the Oris Big Crown 1917 Limited Edition watch, a limited edition piece that is very faithful to Oris’ recently discovered first pilot’s watch. Oris believed their first pilot’s watch was the 1938 Big Crown, but it turns […] 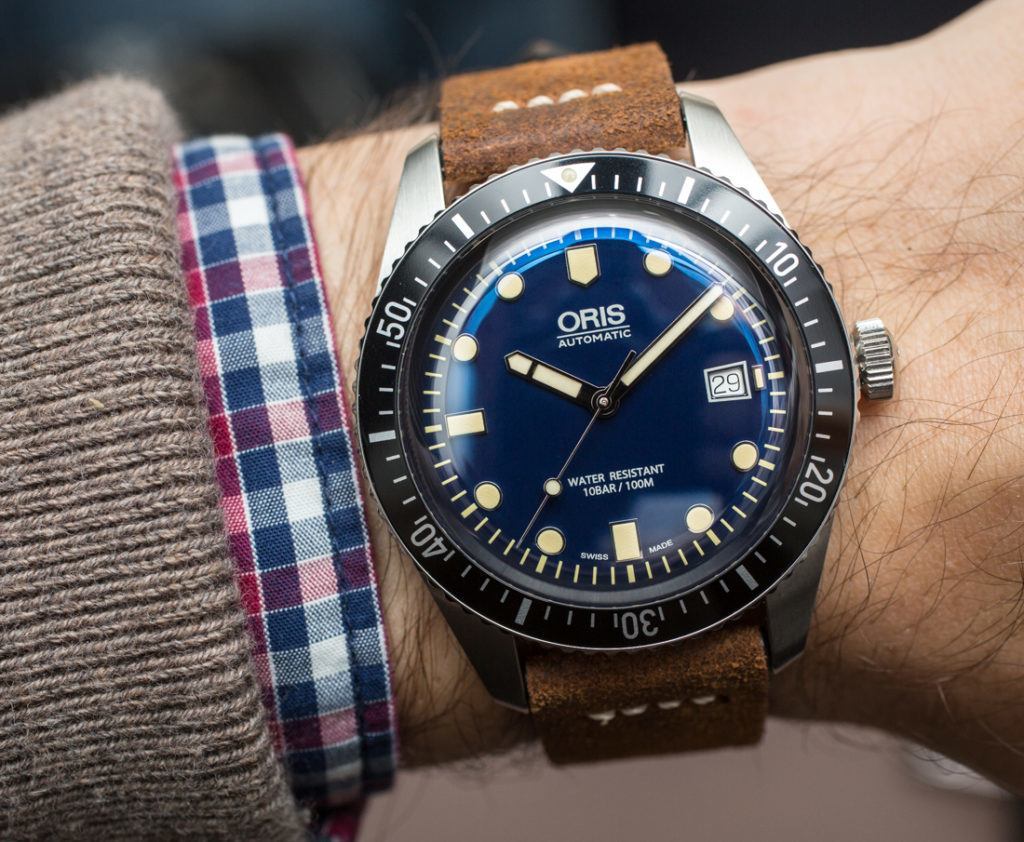 High on my list of favorite watches from Baselworld 2016 is the Oris Divers Sixty-Five 42mm (aka “Sixty-Five 42”). Sharing a few common traits with the previous smash-hit Divers Sixty-Five, this new 42mm model is a bit bigger and has an entirely different dial, with a more traditional dive watch layout and a lovely gradated […] 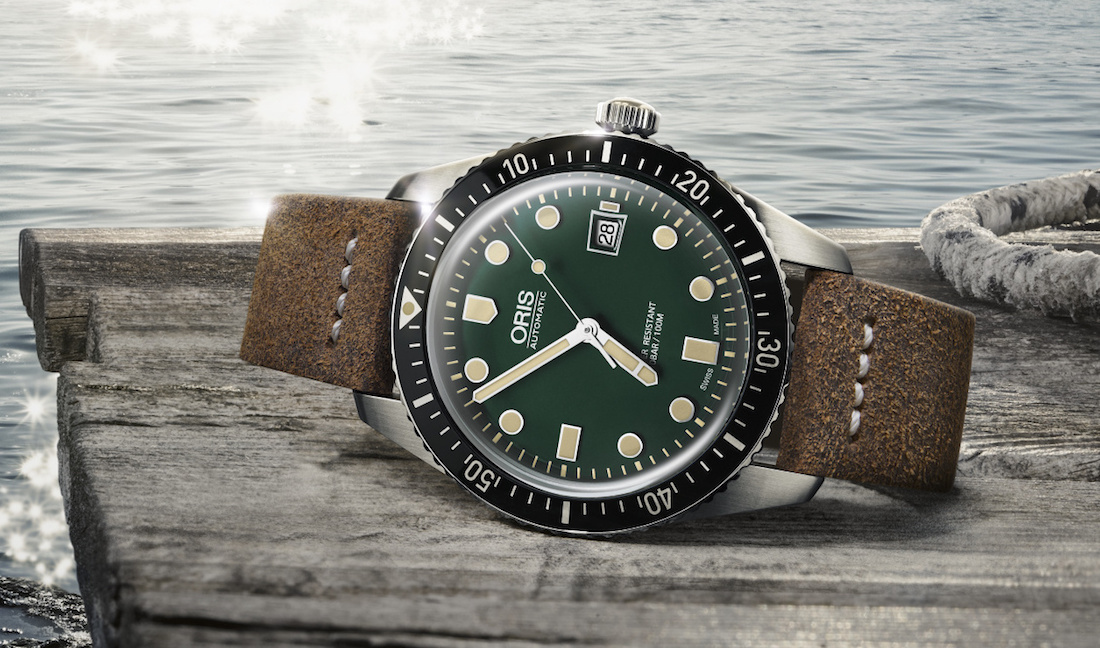 First blue, and now green. Oris has fought the regular impulse to offer a black dial for the Oris Divers Sixty-Five 42mm watch, and instead has launched a new green-dialed version of their handsome vintage-inspired design. Green dial watches are rather uncommon, but Oris has elected for a deep green that they call “oceanic,” a […] 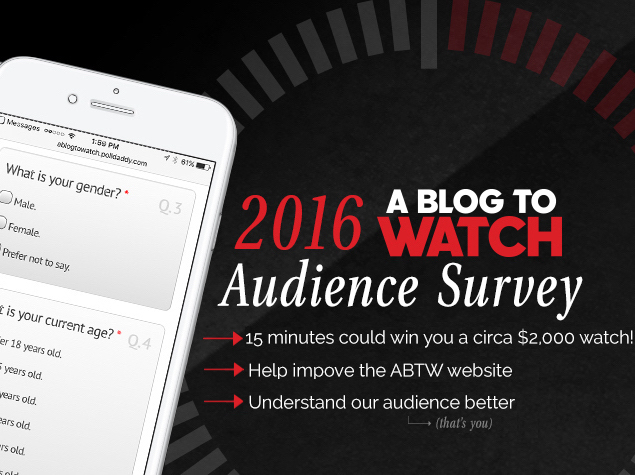 On behalf of the aBlogtoWatch team, I’d like to first thank you for visiting the site, as well as helping our efforts to continually make aBlogtoWatch better. In other words, your feedback is not only appreciated, but highly valued. Today, I’d like to ask for about 15 minutes of your time in filling out our […] 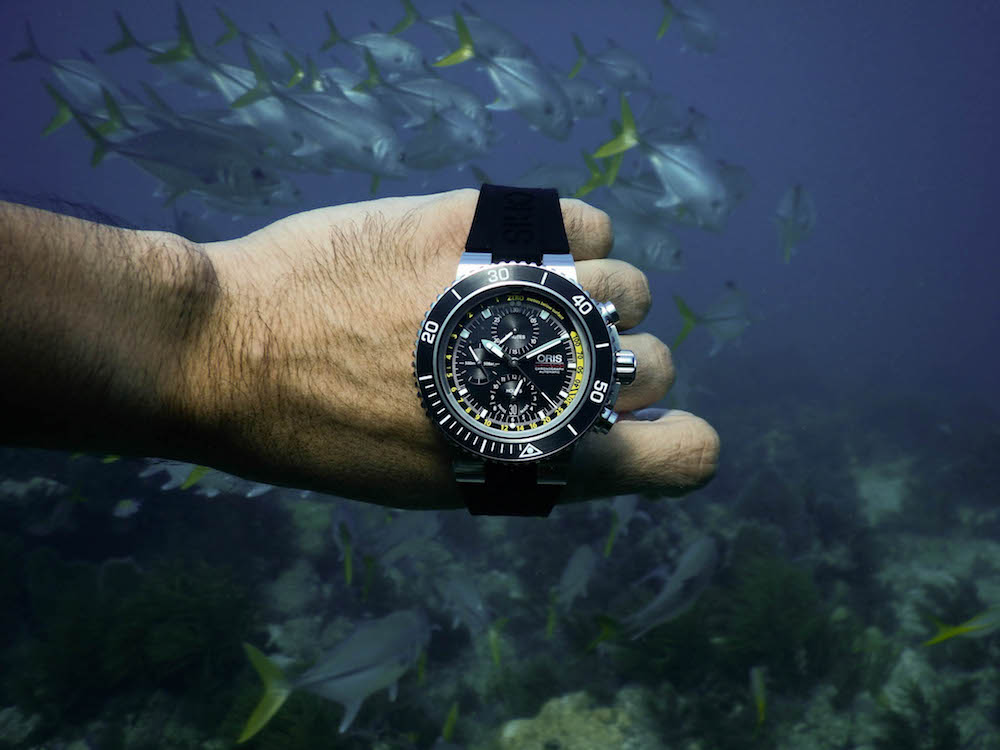 There are few activities that excite me as much as diving. So when Oris proposed to send me their Aquis Depth Gauge Chronograph reference 01 774 7708 4154-Set RS watch to accompany me on my annual diving trip (this year, in Key Largo, Florida) I could not wait to get in the water. What follows […] 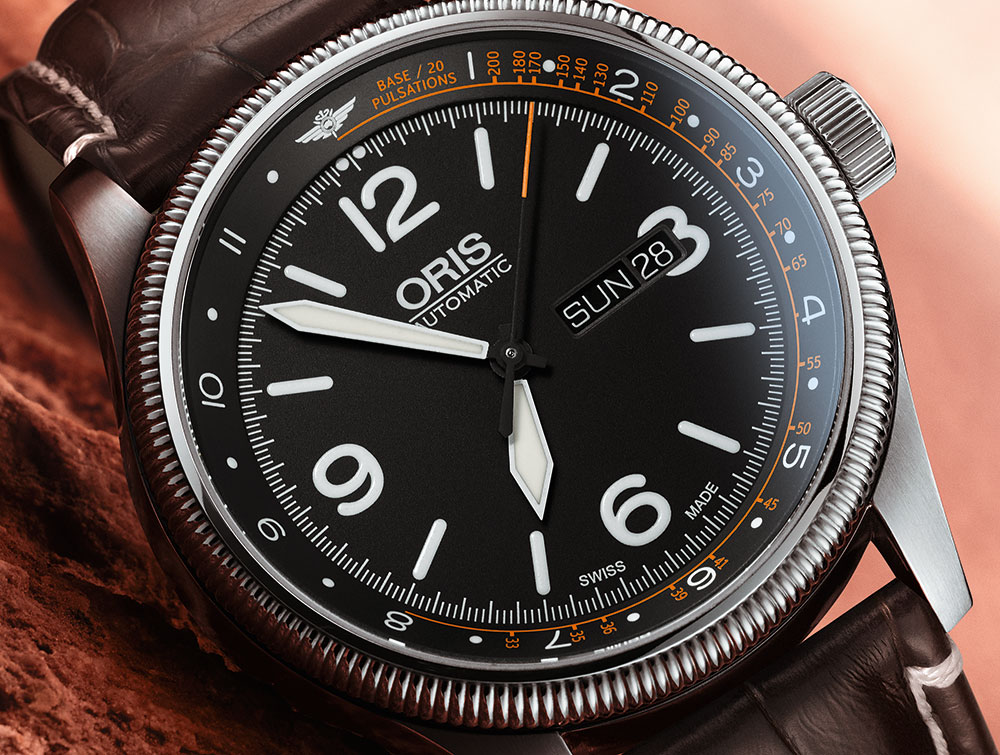 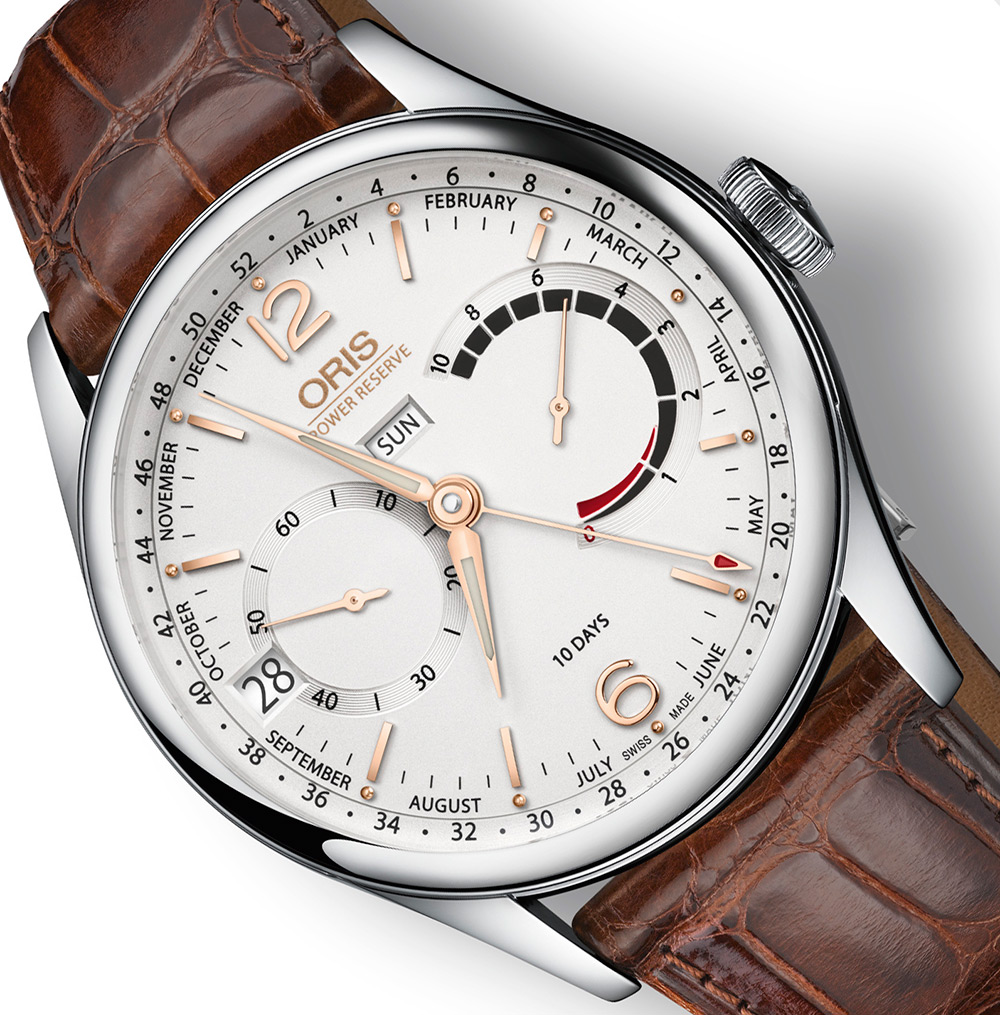 In the world of horology, the term “in-house” is generally associated with high-end luxury timepieces which are often exorbitantly priced, and this makes owning one a distant dream for many watch aficionados out there. But in recent times, a few brands including Oris seem to have acknowledged the situation and aimed to bridge this gap […] 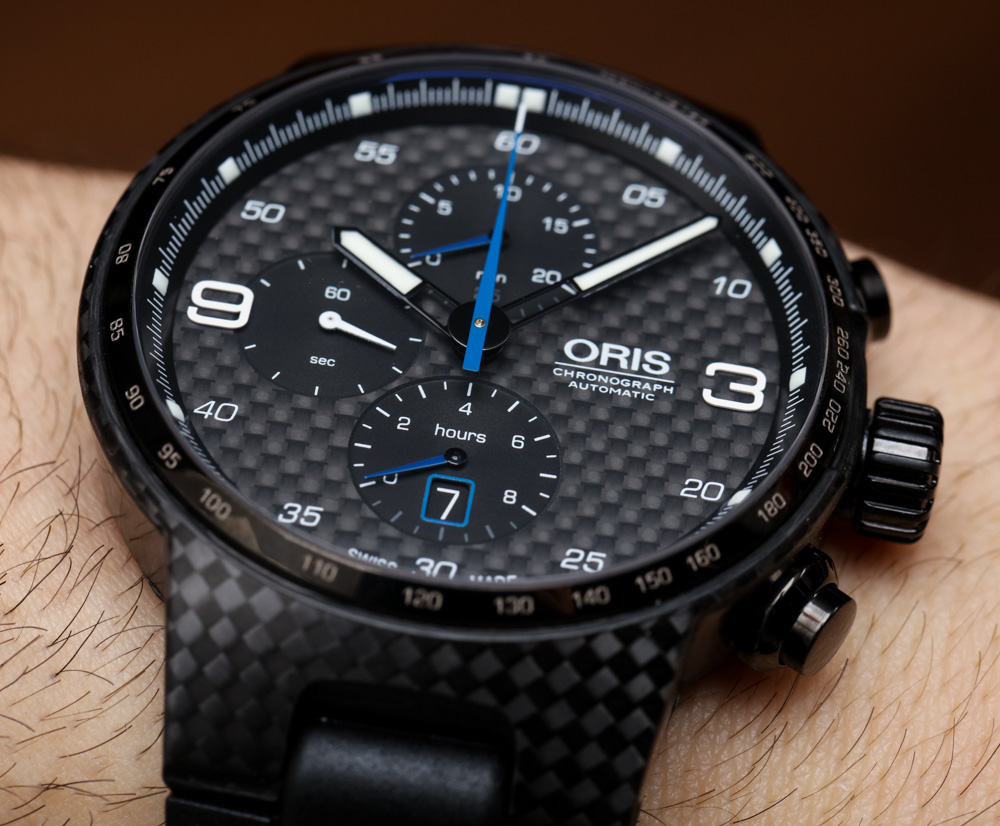 The Oris Williams Valtteri Bottas Limited Edition is currently at the top of the ladder when it comes to Swiss Oris’ “motorsport” watch collection. When checking it out at Baselworld 2016, it struck me that the racing-themed Oris timepieces might not get as much attention as they deserve when compared to their diving or pilot […] 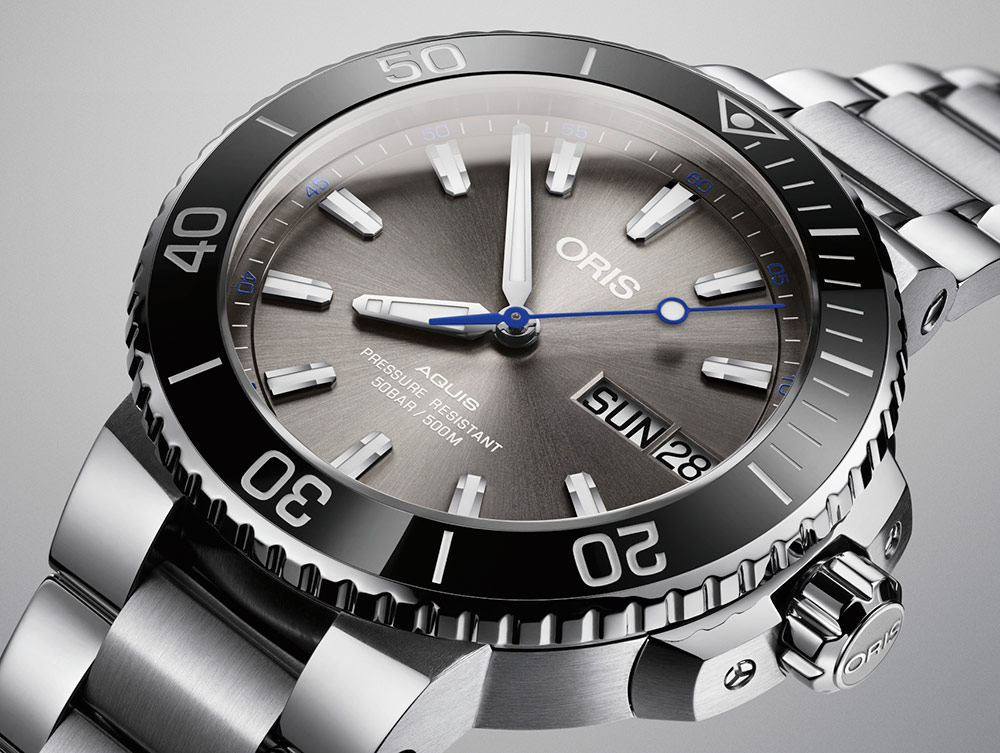 For the last two editions of Baselworld, Oris has taken mighty swings at their mid-century heritage, delivering the Diver Sixty-Five in 2015, and then a slew of vintage re-editions in the seasons that followed. For 2017, the independent Swiss watchmaker is ushering in a new generation with its core sports watch collection, the Aquis, and […]