A. Lange and Sohne 1815 Anniversary of F.A. Lange dial is also exclusive and features a slightly grained surface – the dial is made of solid silver and is silvery-white colored. This 3-hand watch was previously only available in 3 editions: a silver dial with a white gold or a pink gold case and with blued hands or a rhodium dial with a platinum case and silver hands. Then came the limited edition of the A. Lange and Sohne 1815 comes with a glossy black dial. Now we have this very pure, almost brass looking edition. 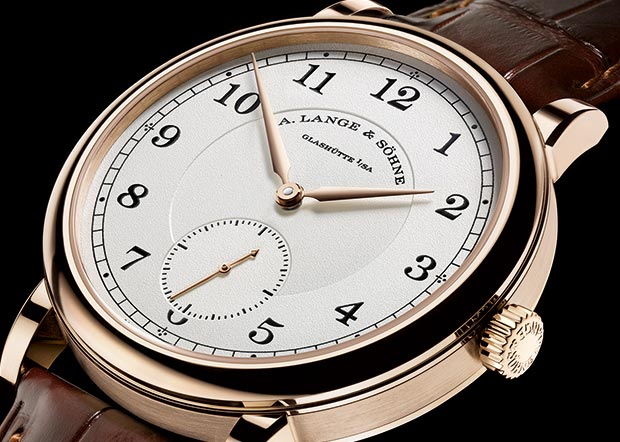 The hands, with their typically Lange shape, match the soft honey tone of the gold case. The display of the 1815 is simple: hours and minutes on the central axis and the second in a subsidiary dial at 6. As said, traditional and almost conservative, but so desirable. 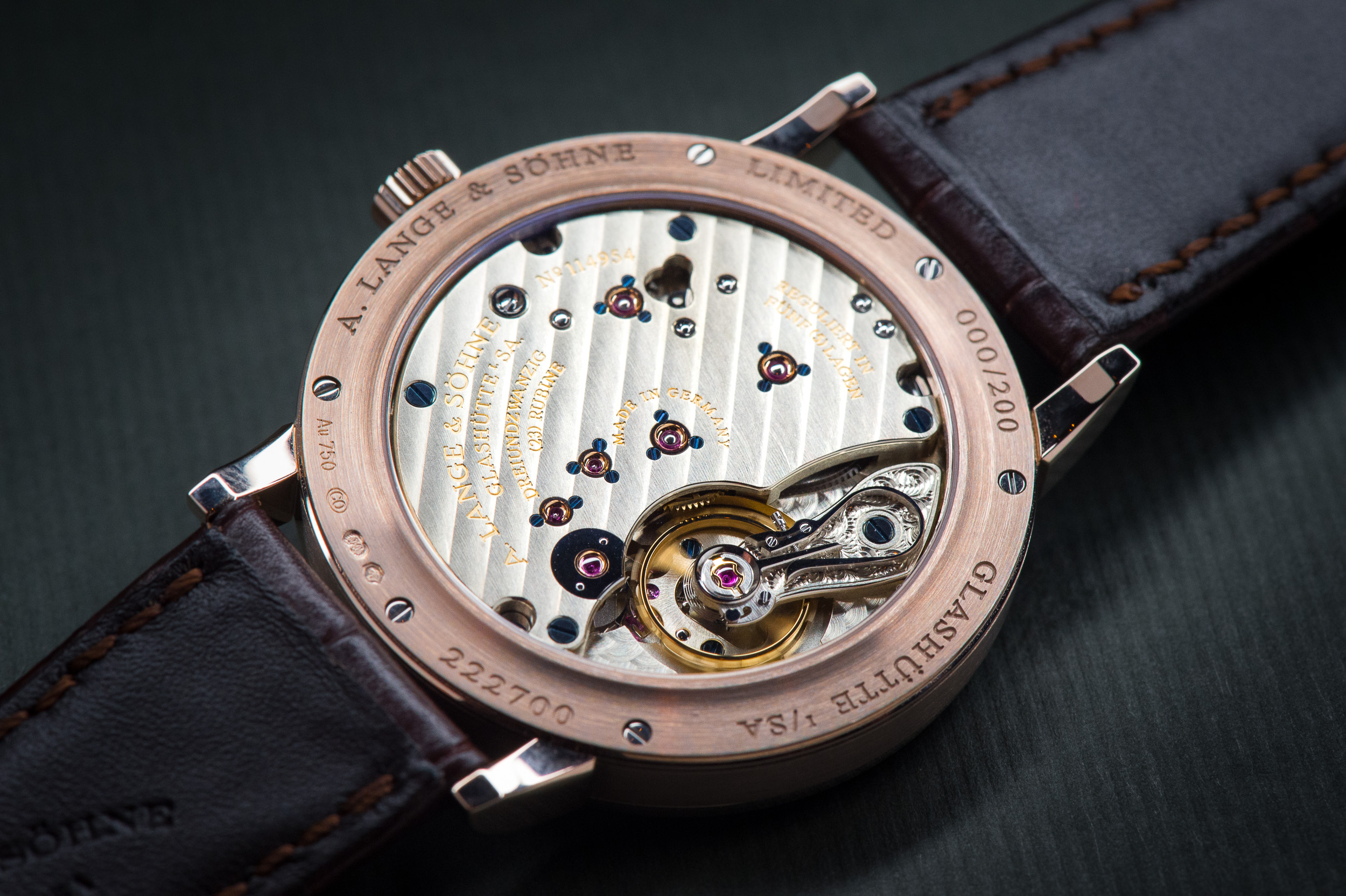 Under the dial ticks the Lange manufacture calibre L051.1, a manually wound movement, with a large diameter that fills the case. It includes the typically German three-quarter plate made of untreated German silver , the hand-engraved balance cock, the classic screw balance, the precision beat-adjustment system with lateral set screw and whiplash spring, and five gold chatons that are secured with thermally blued steel screws. It has a power reserve of 55 hours, with two barrels.