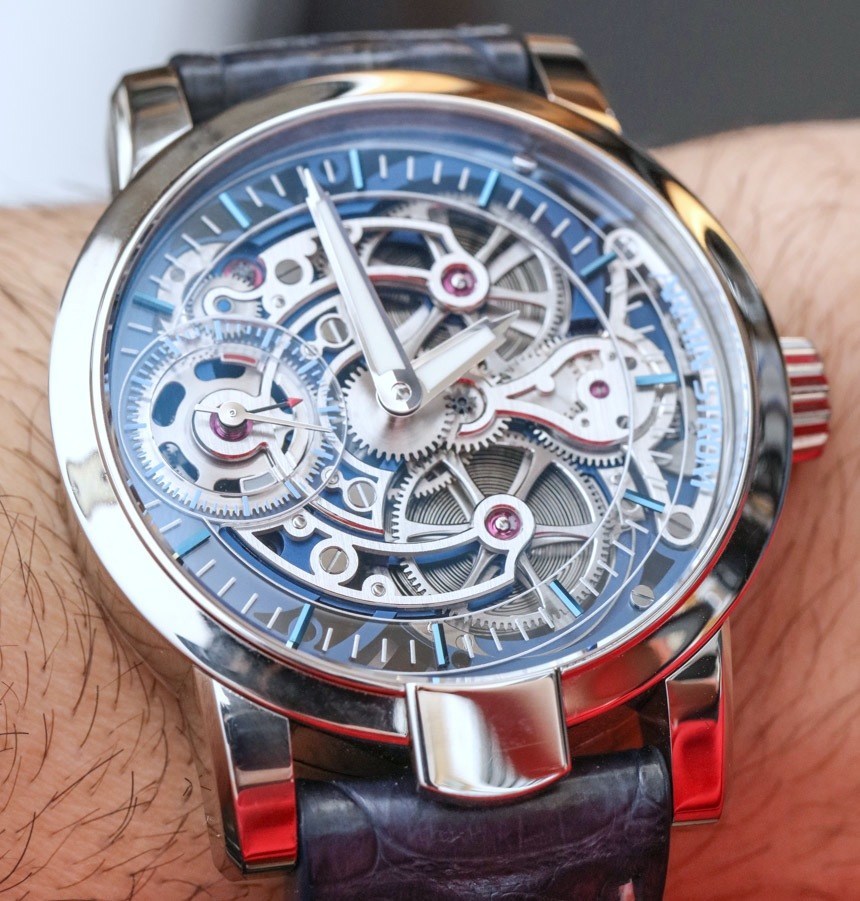 We all deserve a handsome skeletonized watch in our timepiece collections. The question is whether or not we can afford one, and then after that, the issue becomes finding one that fits into our lifestyle. Armin Strom’s Skeleton Pure collection offers an ironically rather uncommon approach to the skeletonized watch dial and movement because the theme of the watch family (at least in style) is more sporty than formal. Alas, the majority of watches out there with carefully skeletonized and hand-decorated movements are a bit formal in their approach to design. What does one do if they are a more casual, short sleeve-wearing sort of guy who still wants this type of artistry on their wrist? 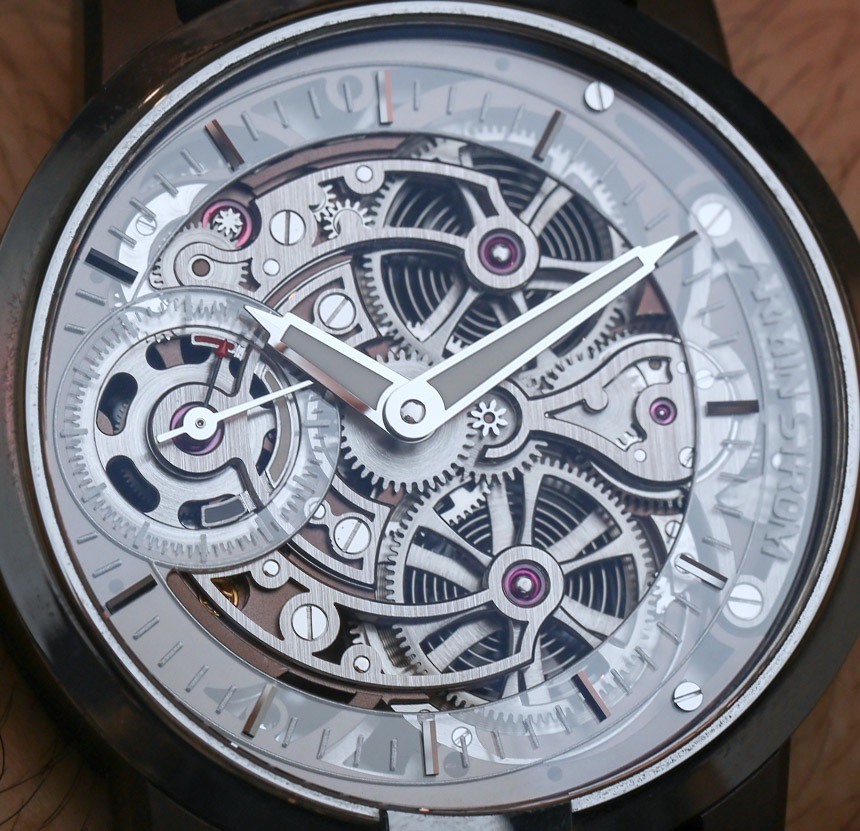 Armin Strom isn’t the only operation in town servicing this demographic of watch needs, but “casually cool skeletonized” timepieces of this ilk aren’t exactly common. I suppose you might throw in the rare skeletonized-dial Audemars Piguet Royal Oak into this mix, but those aren’t exactly common either, and the prices are typically a lot more. Come to think of it, the skeletonized high-end sports-style watch market may just be woefully underserved at the moment. That’s probably good news for Armin Strom, but it also means that, at least for now, they are among the few brands asserting this category of timepieces, which means many watch consumers don’t even know to look for such watches. 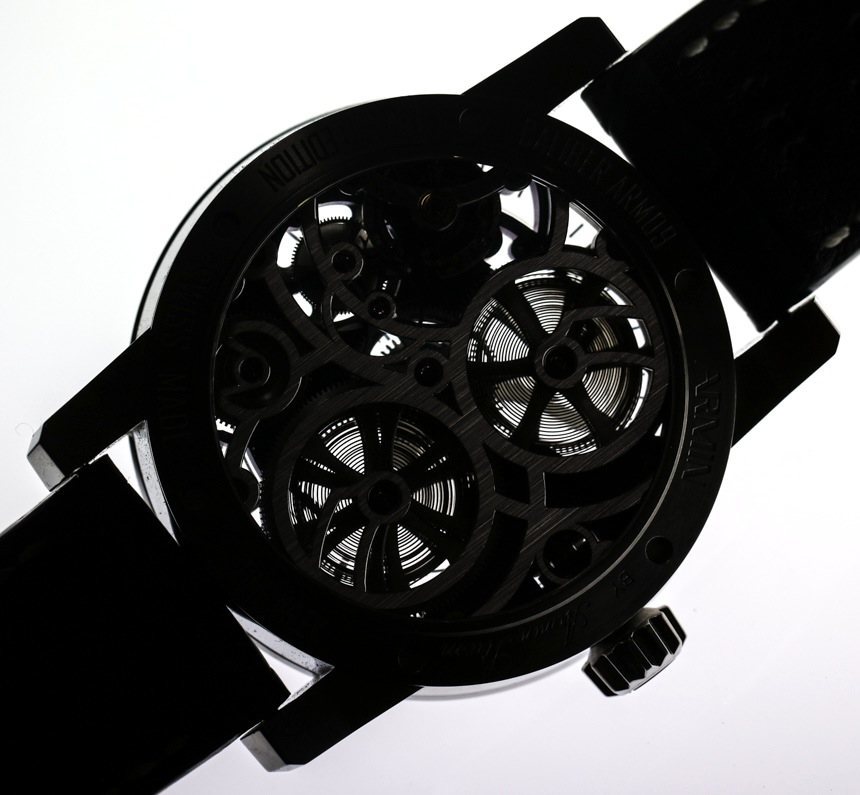 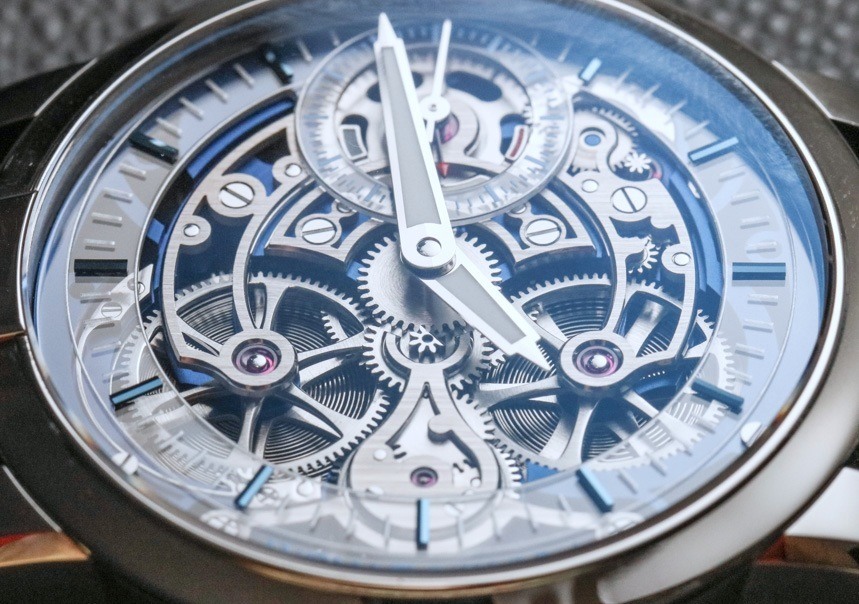 Armin Strom has two important talents to note when it comes to considering their timepieces. First is that the boutique Swiss watch maker produces their own movements (which, thankfully, further have a very distinct look to them), and second, that the company benefits from having a rather sophisticated in-house decoration department. In fact, prior to the company ever producing their own movements, they gained notoriety for their beautiful decoration of sourced watch movements. 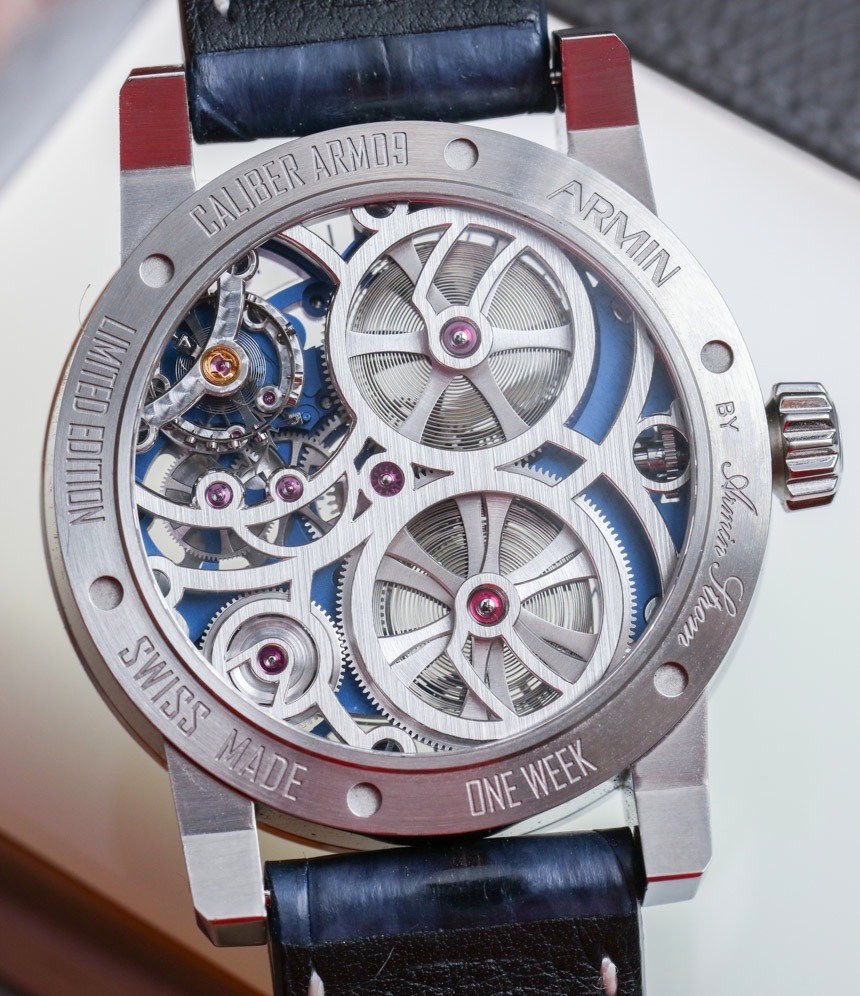 In 2009, Armin Strom first introduced the in-house-made caliber ARM09. With a unique architecture and over a week of power reserve, it was a very noteworthy achievement at the time. Inside this Armin Strom Skeleton Pure collection of watches is the ARM09-S which is the skeletonized version of that original movement that has served as a base for the brand’s other movements, including micro-rotor-based automatics as well as tourbillons. 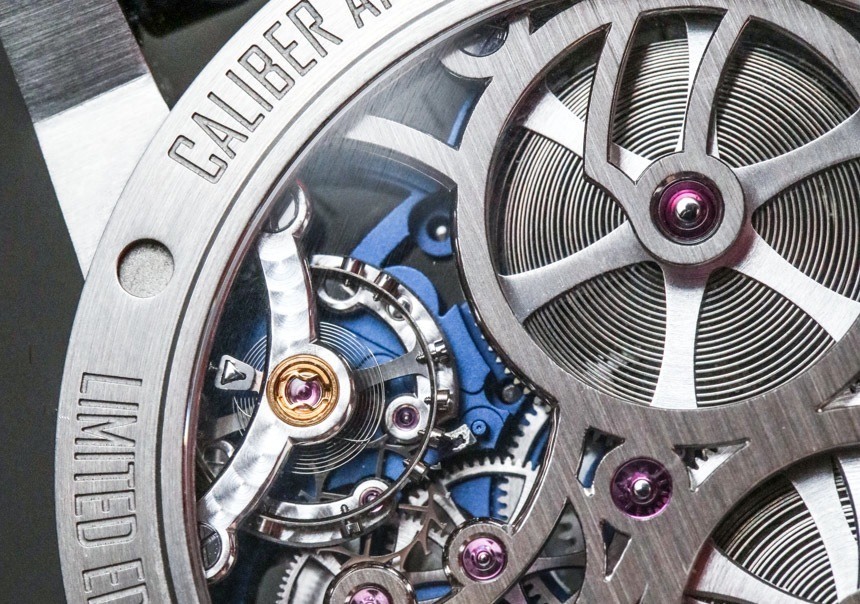 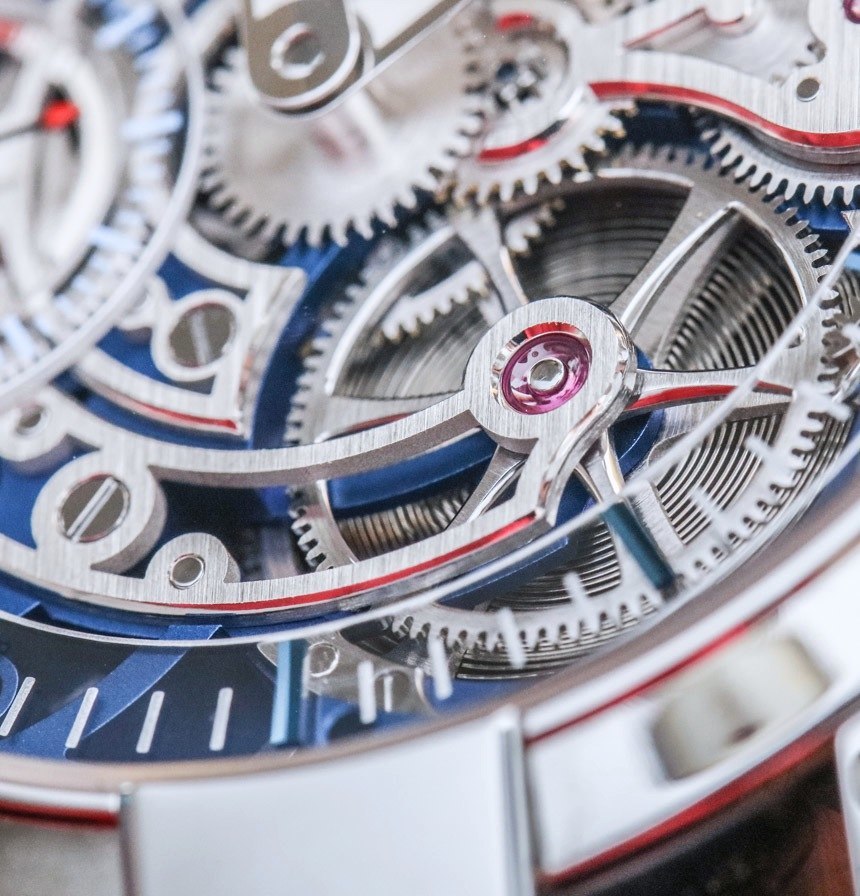 The ARM09-S is made up of 146 parts operating at a steady 18,000 bph (2.5Hz) with eight days of power reserve. The power reserve is spread between two coupled mainspring barrels. In this watch, the mainspring barrels are very visible, as well as skeletonized. One of the best experiences in operating the ARM09-S movement is simply winding the movement through the crown and seeing the barrels turning as a result (along with the springs inside of them tightening). 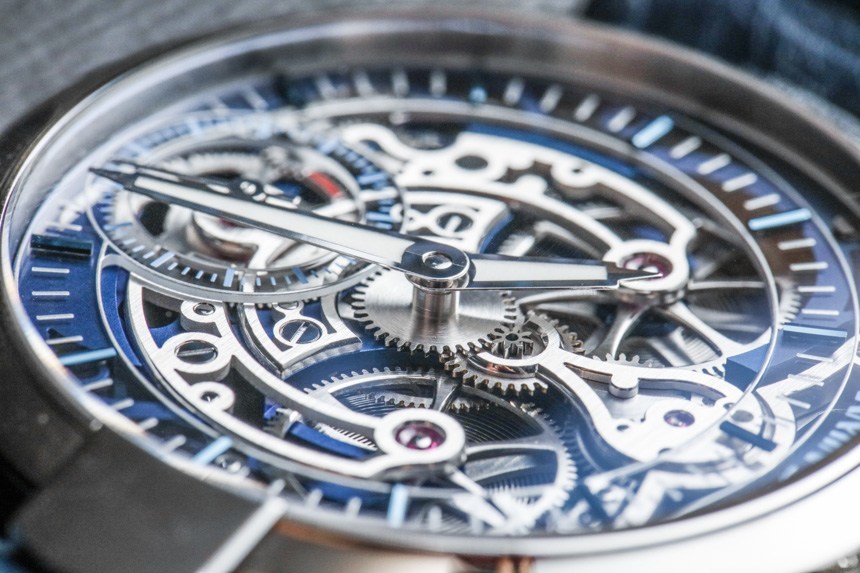 One of the quirks of the movement (which isn’t to everyone’s taste) is the fact that the axis for the hands is not perfectly centered on the dial. Thus, the dial for the time is slightly off-centered to the left. Some people find this lack of symmetry disturbing, but it hasn’t bothered me. You really don’t invest in a timepiece like an Armin Strom because you aren’t looking for some quirky elements such as that.

The manually-wound movement provides the time with a subsidiary seconds hand as well as a power reserve indicator integrated into the subsidiary seconds dial. This latter feature really helps make the wearing experience of a manually-wound movement palatable for me – especially for such a movement where you need to remember to wind it each week. The power reserve indicator is diminutive, but certainly there when you need it. 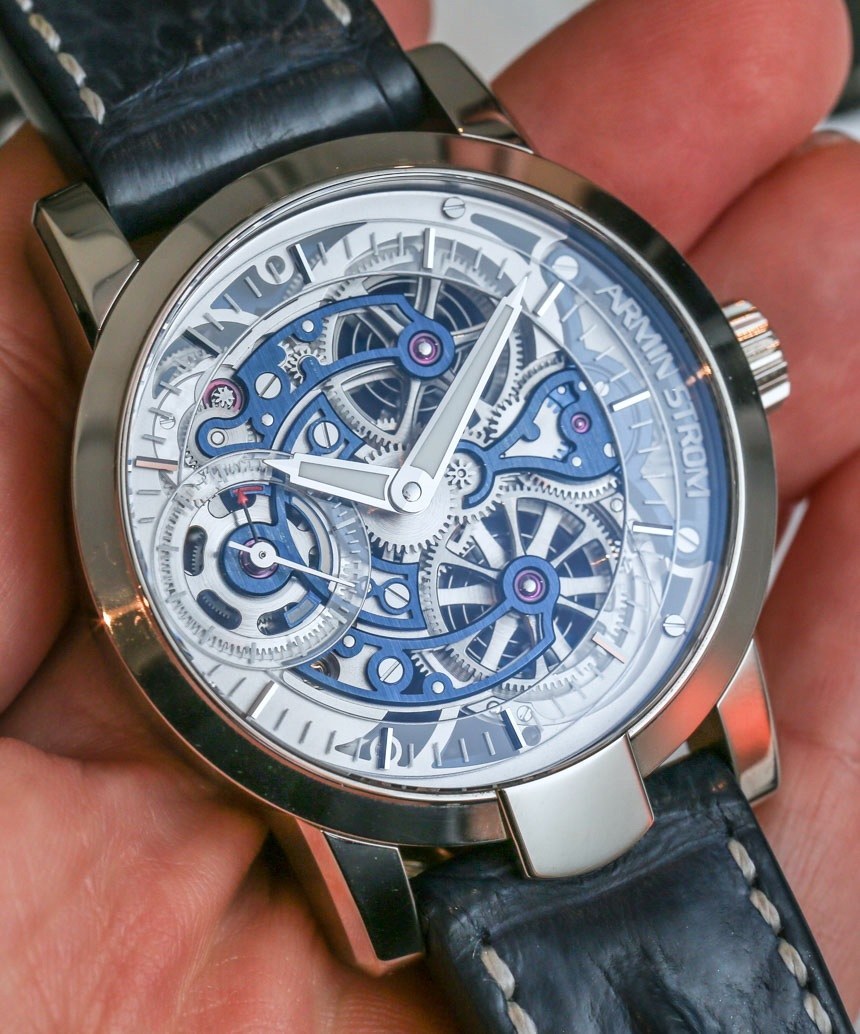 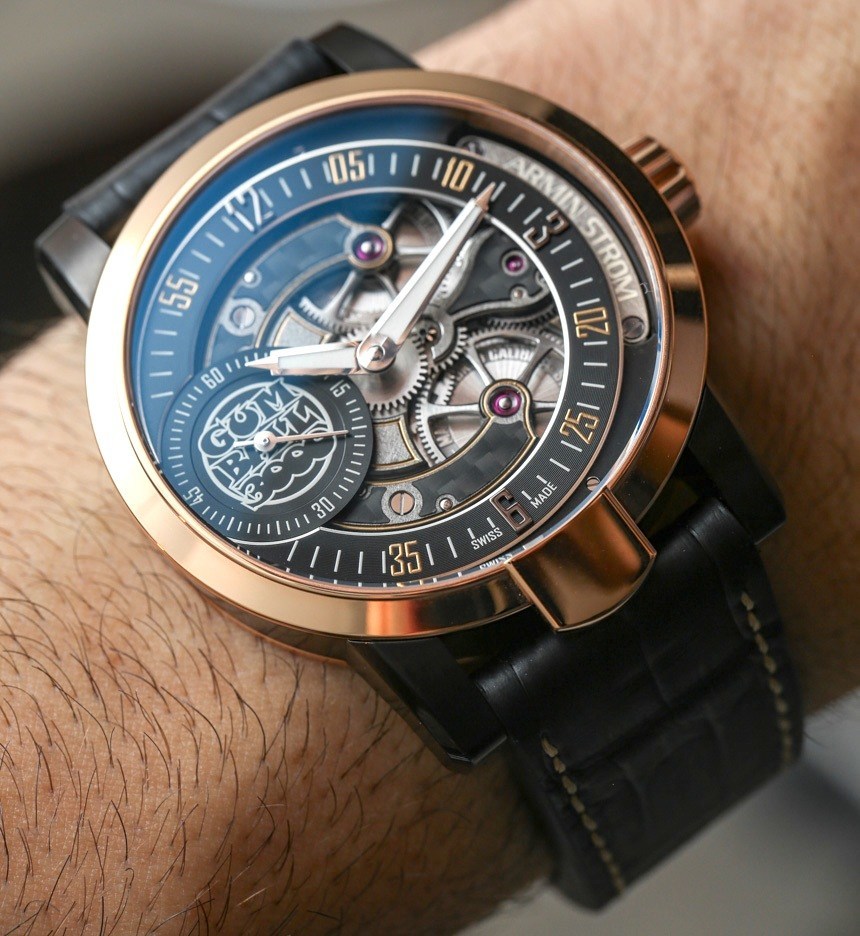 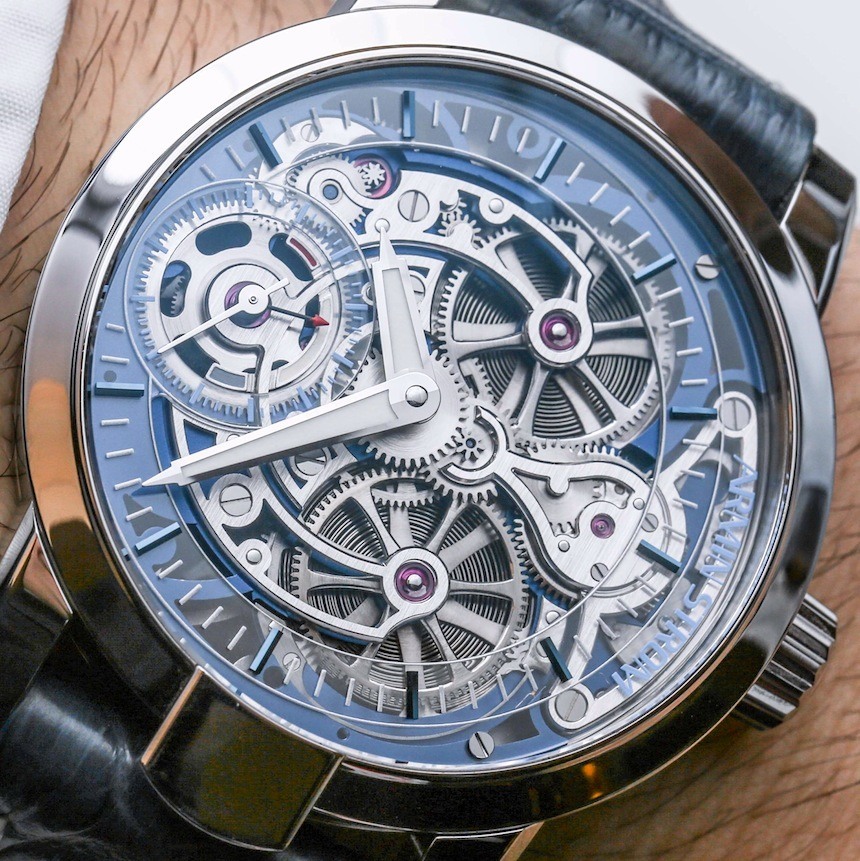 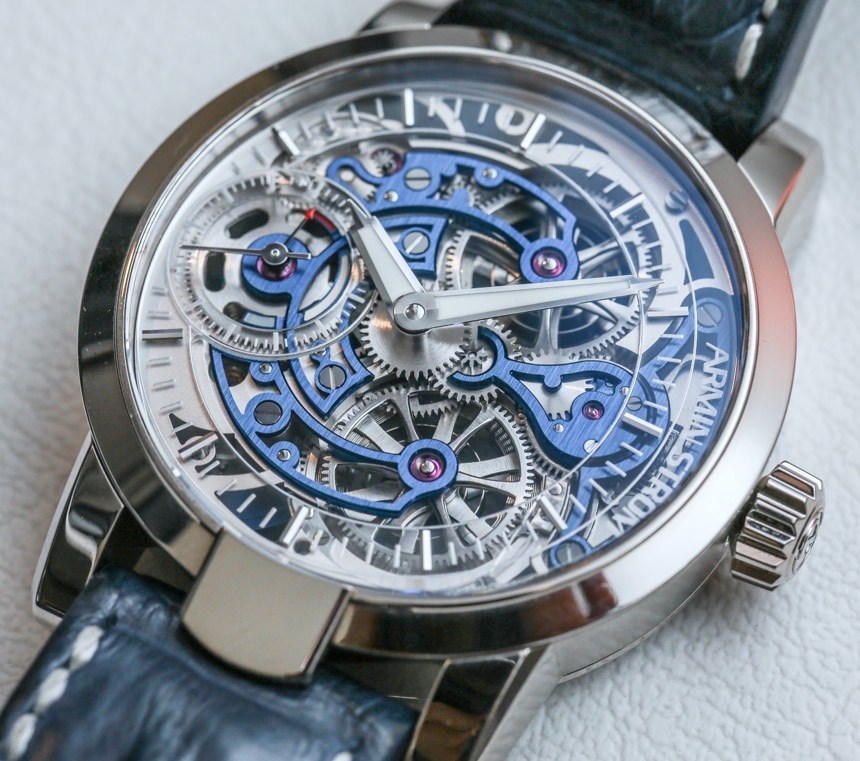 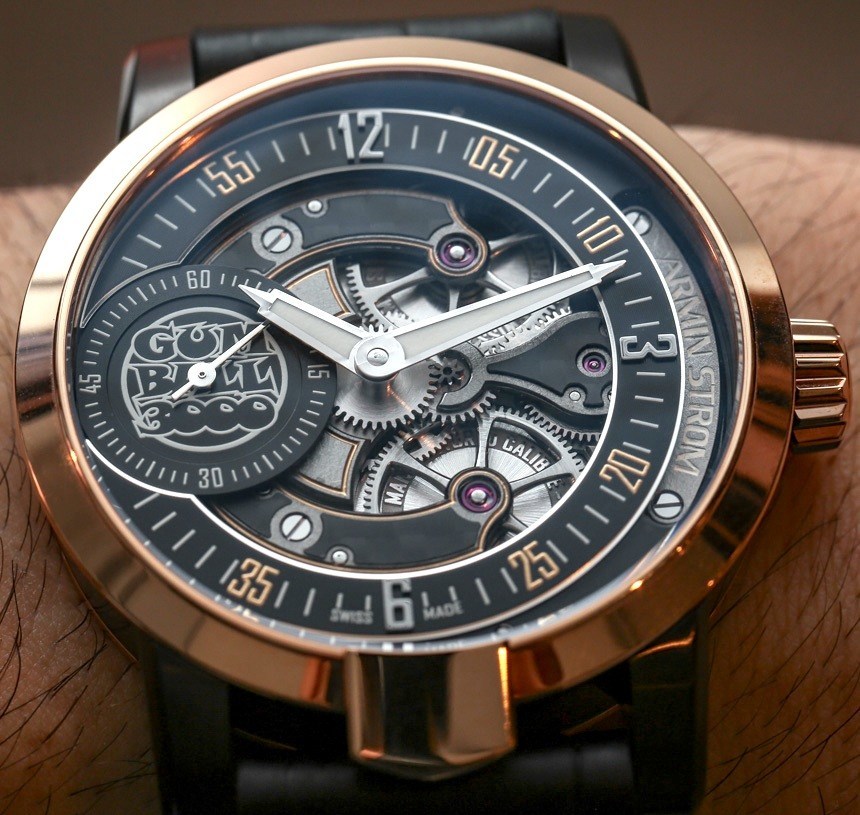 Moreover, in addition to the design experimentation inherent in Armin Strom’s production of new and interesting watches, a big part of their business is being able to customize watches for each consumer. For that reason, you’ll see statements on their website such as “Price from….” This is perhaps too subtle a hint that they are happy to produce something unique and special for each client.