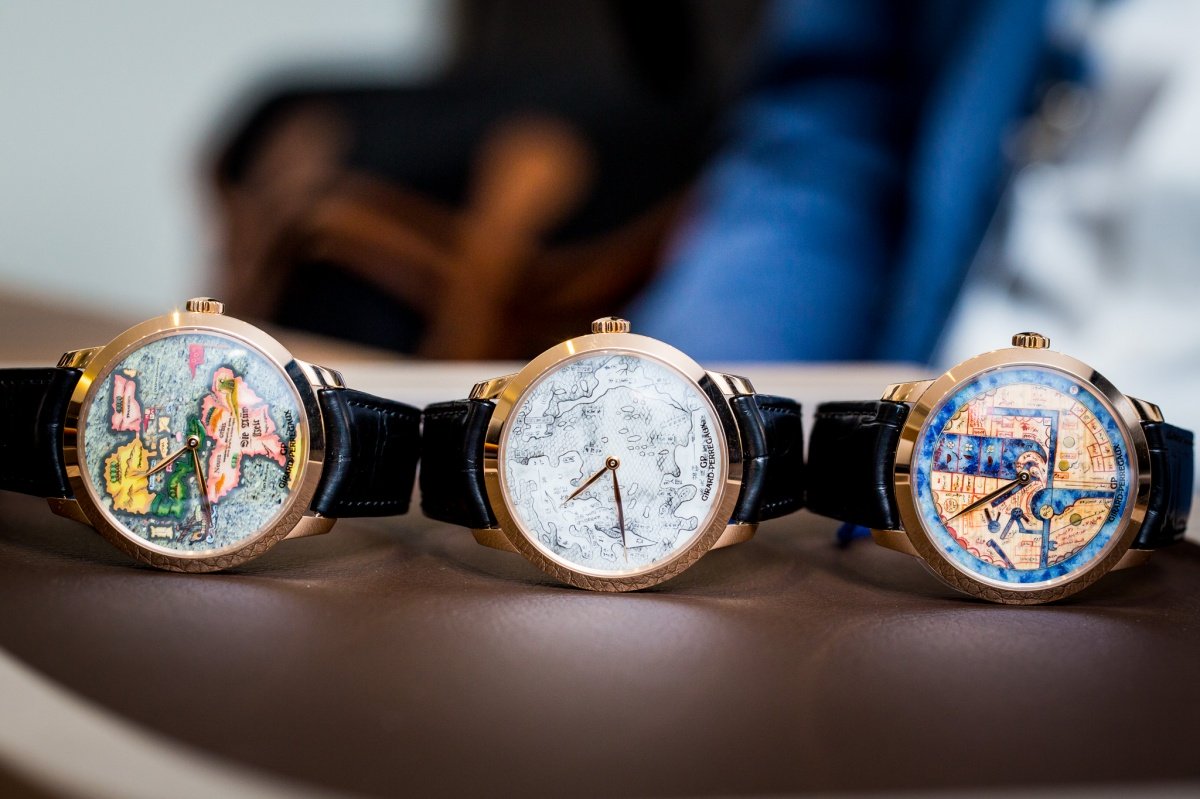 Girard-Perregaux unveiled a stunning collection this Baselworld, and managed to bridge different eras of watchmaking into a cohesive line-up. If the new watches celebrate the brand’s heritage, they also cement its position as a modern marvel.

The Swiss luxury brand first unveiled the Chambers of Wonders, a set of three watches that represent the world through the eyes of different civilisations during their golden ages. Each world is interpreted with a unique technique. From left to right, they are the “New World Novus Orbis,” the “Terrestrial Map,” and the “Pearl of Wonders”. They showcase maps of the worlds drawn in the 15th and 16th century by Sebastian Münster, Matteo Ricci, and Ibn al-Wardi respectively representing European, Chinese, and Arabic world perspectives respectively.

Girard-Perregaux then presented the Vintage 1945 collection, a set of watches that celebrates the brand’s own glory days. The Tourbillon with Three Gold Bridges: 70th Anniversary Edition is a beautiful homage to the brand’s acclaimed 1945 three bridge tourbillon. The Art Deco lines are back, while its white gold case and pink gold bridges keep it a classic.

Having already transitioned the Tourbillon with three bridge design into the modern era  – last year’s Neo-Tourbillon was a critical and commercial success – the brand now seems comfortable with the idea of a 21st century model, with the Neo-Tourbillon with Three Bridges and DLC titanium case acting as the new flagship of the collection.

FInally, and on a different note, Girard-Perregaux struck gold with its latest interpretation of the minute repeater function. The Minute Repeater Tourbillon with Gold Bridges unveils a new approach to the chiming mechanism, since the team at Girard-Perregaux have re-positioned most of the components to optimize sound transmission, and reveal them on both sides of the watch.

Photo Credit: Haute Time. For more information, please visit the official Girard-Perregaux website. Follow Haute Time on Instagram to experience Baselworld 2015 in real-time and catch all of the new releases as they happen.