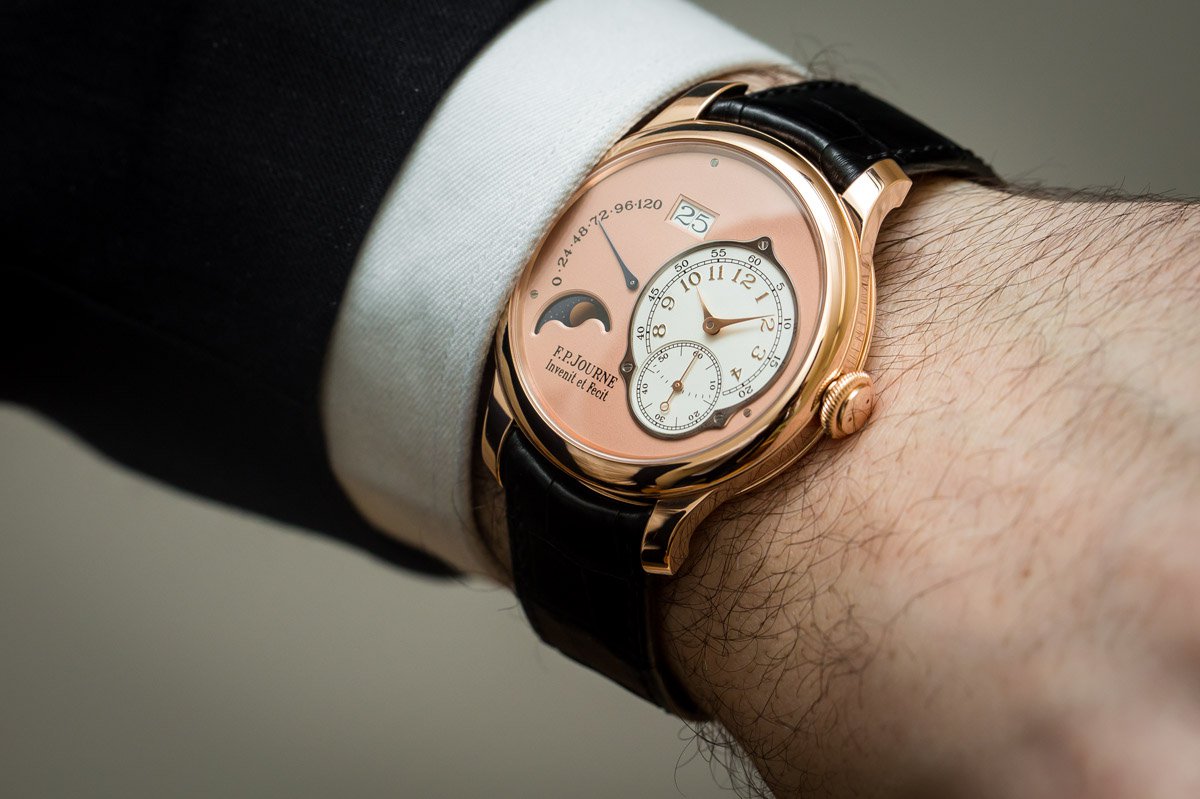 “Watchmakers from outside will have to install themselves in Switzerland if they want comfort in their work,” says François-Paul Journe. That is the dour and inevitable assessment given by a man many most regard as living proof that French watchmakers still have a major role to play in an industry dominated by the Swiss.

Enticed by the concentration of horological structures, tool factories and component suppliers in Geneva, Journe says he had no choice but to exported his talents there in 1996. It’s a familiar story, one that begins in 1685, when French watchmakers, a majority of them Huguenots based in the Jura region, were forced to relocate after the signature of the Revocation of the Edict of Nantes by Louis XIV.

Thought they were exported to Switzerland, France’s radical ideas are still very much kept alive today through a small group of independent watchmakers. Ludovic Ballouard, Daniel Roth, Christophe Claret, Vianney Halter, Robert Greubel, François-Paul Journe are widely recognized as some of the most skilled and inventive watchmakers of their generation. And all of them are French. In many ways, their independence has been their greatest asset. Each one of them has had to develop a unique style, from Ballouard’s playful Up-Side Down movements to the very traditional execution of Journe’s timepieces. Unbridled by tradition, of which it its had little for almost 200 years, France’s watch makers have shown interesting diversity. The same cannot be said of German watch manufacturing’s very distinctive, perhaps restrictive style.

Brands such as Richard Mille are breaking with preconceived notions of independent watchmaking. Headquartered in Brittany, France, the brand has stormed into the watchmaking industry with highly complicated and ultra-modern timepieces based on contemporary materials. Yet, Richard Mille’s timepieces are quintessentially and literally “Made In Switzerland.”

Even the more established maisons of Cartier, Dior, Chanel, which have flown the flag for the style à la française, have been ramping up their watch divisions abroad. This year alone, Cartier invested a considerably amount in its Métier D’Arts division, with the opening of a new building for its master craftsmen, while Chanel presented its third movement designed with APRP, a leading movement maker based in Le Locle, Switzerland.

Back in the French Jura, Pequignet, and Michel Herbelin are playing a rather lonely role trying to revive its watchmaking tradition. Neither gets the credit it deserves, and too often they are described as under-rated. Most likely, they each suffer from the lack of reputation of the “Made In France” timepiece. Even the region’s specialists are being snapped up by Swiss brands. In 2006, Patek Philippe acquired Cadrans Flückiger S.A. a dial manufacturer, which had been supplying Switzerland’s leading watch brands, including Patek Philippe, Audemars Piguet and Chopard.

Such is the state of France’s watchmaking industry that Arnaud Montebourg, Former Minister of Industrial Renewal, led a campaign to save “Made In France” watches in 2012. Unfortunately, his stepping down two years later means the Jura is still waiting to be saved. Time is pressing, suggests Journe, who can only see the gap between the two countries continue to grow.