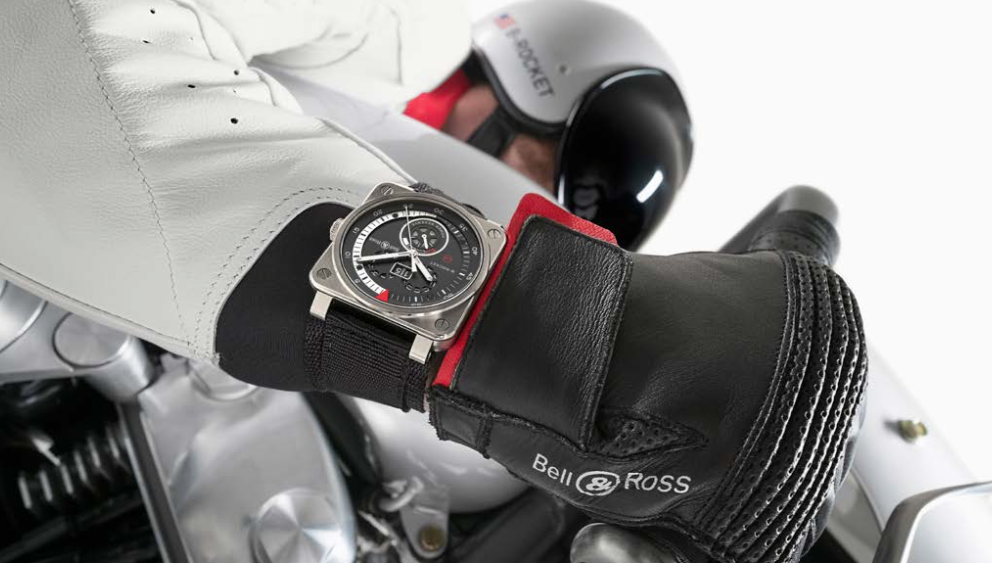 Inspired by aeronautical design and its own pedigree for striking designs, watchmaker Bell & Ross has commissioned Shaw Harley-Davidson to design a concept bike with a sleek and powerful look evoking the extreme modernity of the 1960s and the very first American jet aircraft. Now, Watches of Switzerland have teamed up with the watchmaker to showcase the sleek concept bike in the heart of London. 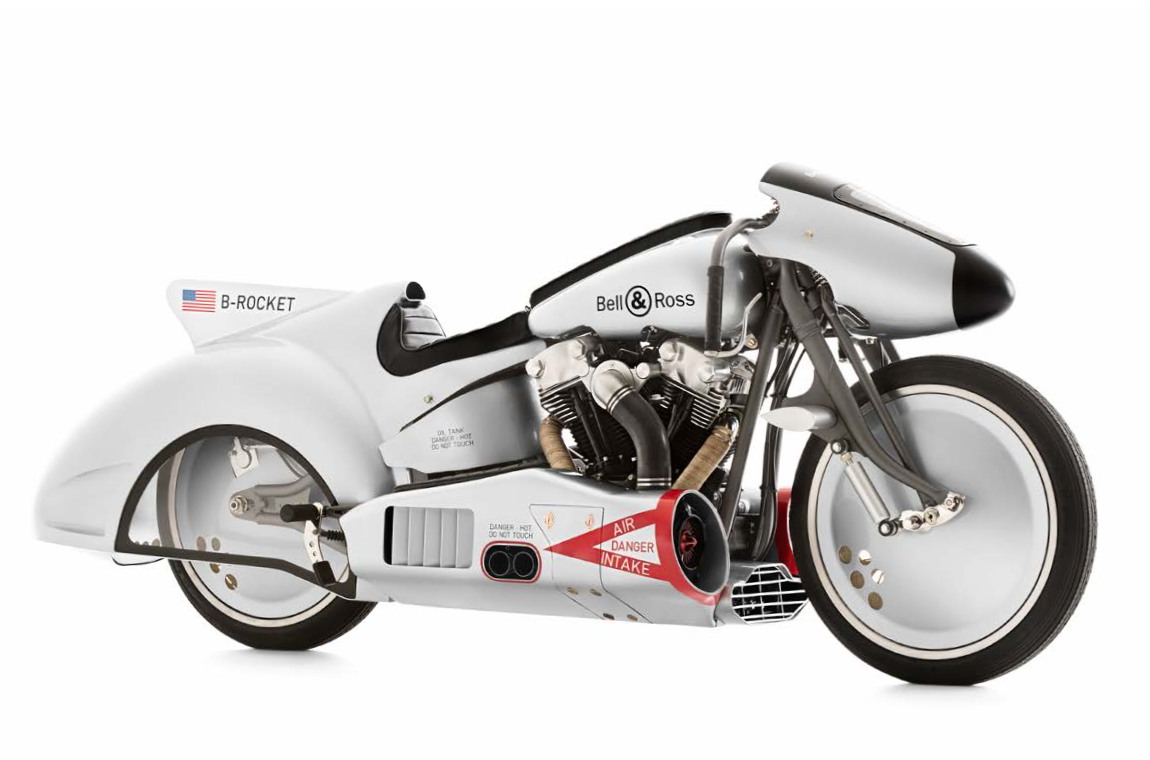 After a previous partnership in 2011 led to the award-winning Nescafe Racer, Bell & Ross and the engineers at Shaw Harley Davidson came together once again to develop the B-Rocket, a unique motorcycle inspired by the ultra-cool designs of the first jet planes secretly designed by the United States in the 1960s.

The B-Rocket concept bike boasts a clean, neo-retro look that benefits from a streamlined design that mixes classic styling and aerodynamic efficiency. Part jet, part motorcycle, the custom vehicle features a design that cuts through the air thanks to its conical jet nose and propulsion turbines.

To go along with the B-Rocket, Bell & Ross is also launching two complimentary watches. The BR 01 B-Rocket and its more elaborate cousin, the BR 03 B-Rocket are built for drivers with a need for speed.

During the exhibit, visitors who buy a Bell & Ross will be invited to take part in a competition to win and personalize their own B-Rocket helmet. The exhibit will take place through September 16th at 155 Regent Street.