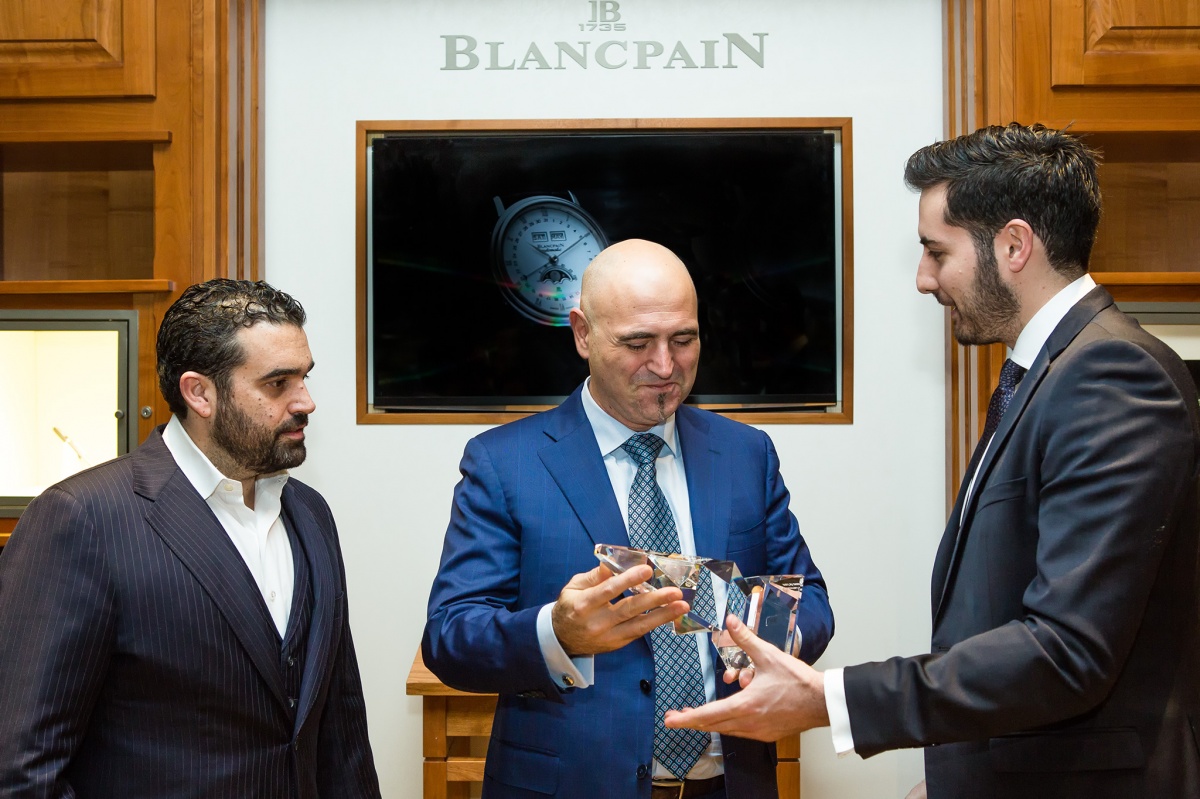 Collectors from more than 60 countries worldwide selected the Villeret Carrousel Phases de Lune as their favourite watch of the year in a bracket-style competition that pitted 64 brands against each other.

“It’s very special for me to win with Blancpain,” said Mr. Hayek, who joined the brand in 2001 as Marketing Manager and “grew up with it”, becoming its Chief Executive Officer in 2005.

“The public’s support is the greatest compliment because we are making these watches for them to enjoy, and I am very honoured to receive that support for this special complication for Blancpain.”

The Blancpain Villeret Carrousel Phases de Lune was the first watch to present a movement uniting a carrousel and a moon phase, two of the brand’s most iconic horological complications.

“This award represents not only the brand’s technical prowess, but also it’s ability to communicate its values across the world,” said Haute Time’s Editor-in-Chief, Arthur Touchot.

Blancpain will begin the defence of its title on April, 20, when Haute Time kicks off Watch Madness 2015.

And Mr. Hayek hinted that the L-evolution Tourbillon Carrousel strapped around his wrist, would make the perfect champion to go back into battle for another victory.

Photo Credit: Haute Time. For more information, please visit the official Blancpain website. Follow Haute Time on Instagram to experience Baselworld 2015 in real-time and catch all of the new releases as they happen.