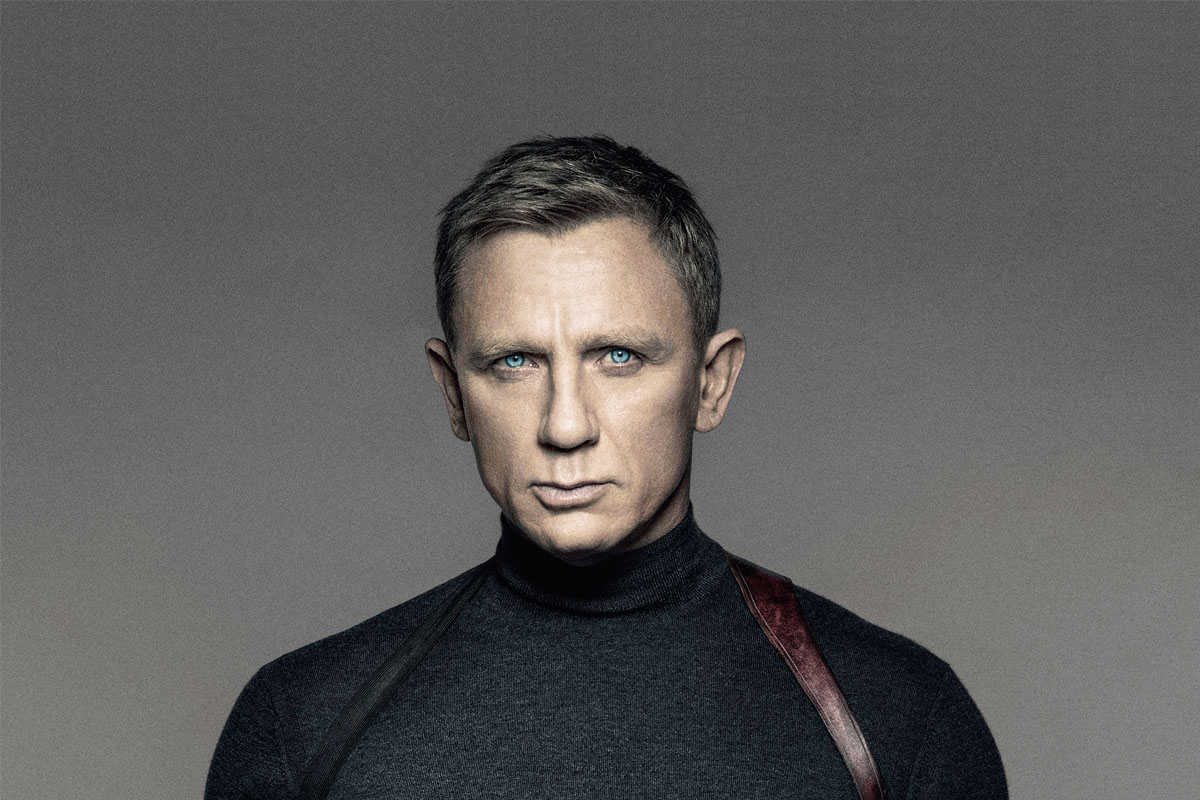 You hear that unmistakable music, you see the twisted barrel of a gun appearing, a man takes place in the middle of it and then comes the brutal sound of a gunshot. Yes, you’re watching at James Bond 007. Ok, even if we’re big fans of the 007 movies here, we’re also watch guys and, for this simple reason, knowing what James Bond will wear in the next episode of his adventures is always exciting – and now we know that Daniel Craig is about to wear an Omega Seamaster 300 Master Co-Axial on striped NATO Strap in James Bond 007 Spectre (not official but 100% sure).

James Bond 007 and watches always had a strong link. In each 007 movie, the ‘so-British‘ secret agent wears a specific watch – and these timepieces are fully part of the story. For Ian Fleming – author of James Bond – watches are part of the equipment of 007 and those are used not only as timekeeping objects but filed with all sorts of gadgets. Everything started in 1962, as Sean Connery was wearing a Rolex Submariner Ref. 6538 on a black / grey striped NATO strap. However, modern ages and marketing reasons made this watch more important. In 1995, for Goldeneye, James Bond was for the first time wearing an Omega Seamaster (the full list of the Omega Seamaster worn by James Bond can be found here). From now on, the watches worn by 007 are not only accessories but can be seen as one of the actors. As a new episode of James Bond is expected for November 2015, it’s now time to see what watch Daniel Craig will have strapped on his wrist… 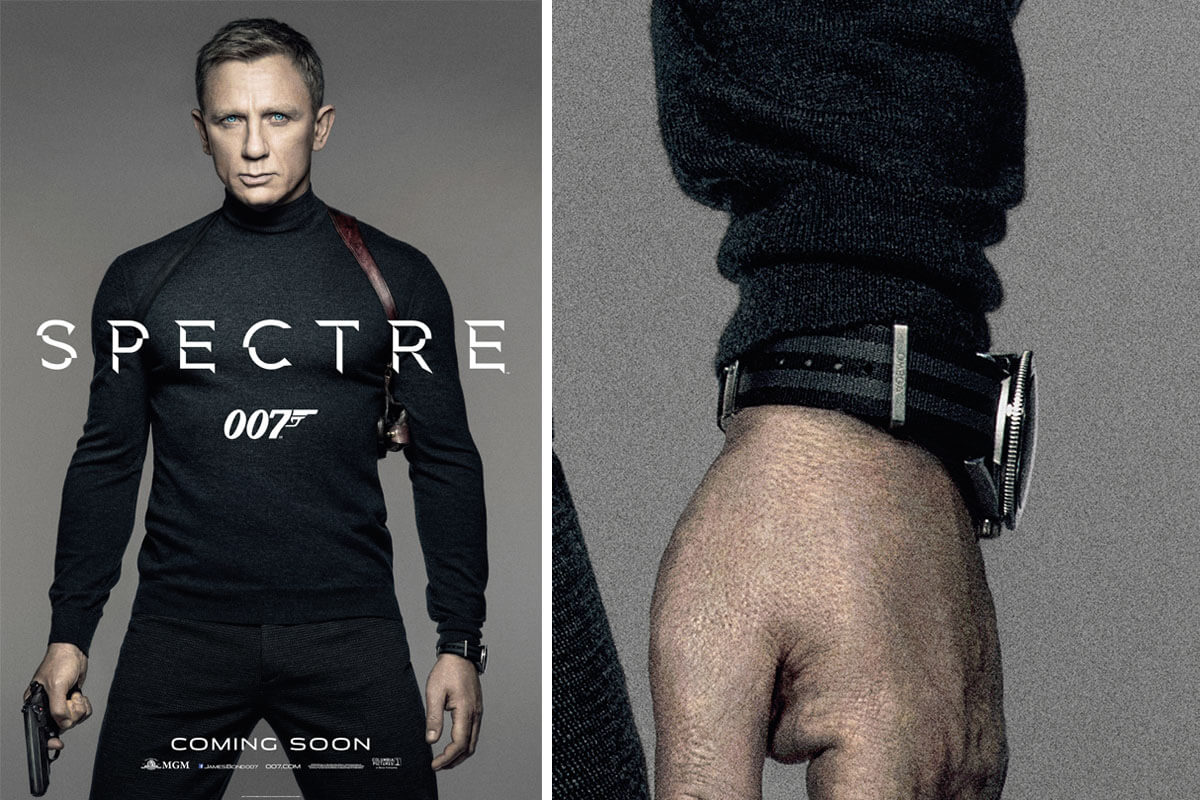 With the help of HD press files, we can easily zoom on the official Spectre 007 poster… and this is it, there is a watch on it! Despite being shot from an angle that hides the dial, we can tell you that it is, for sure, an Omega Seamaster 300 Master Co-Axial – we know this watch by heart, as we’ve been wearing it for more than a month during our review. The straight lugs, the thin and flat notched bezel, the non-protected crown… no doubt at all to be had. The introduction of this SM300 in a James Bond movie is totally understandable from Omega that wants to promote one of its latest creations. 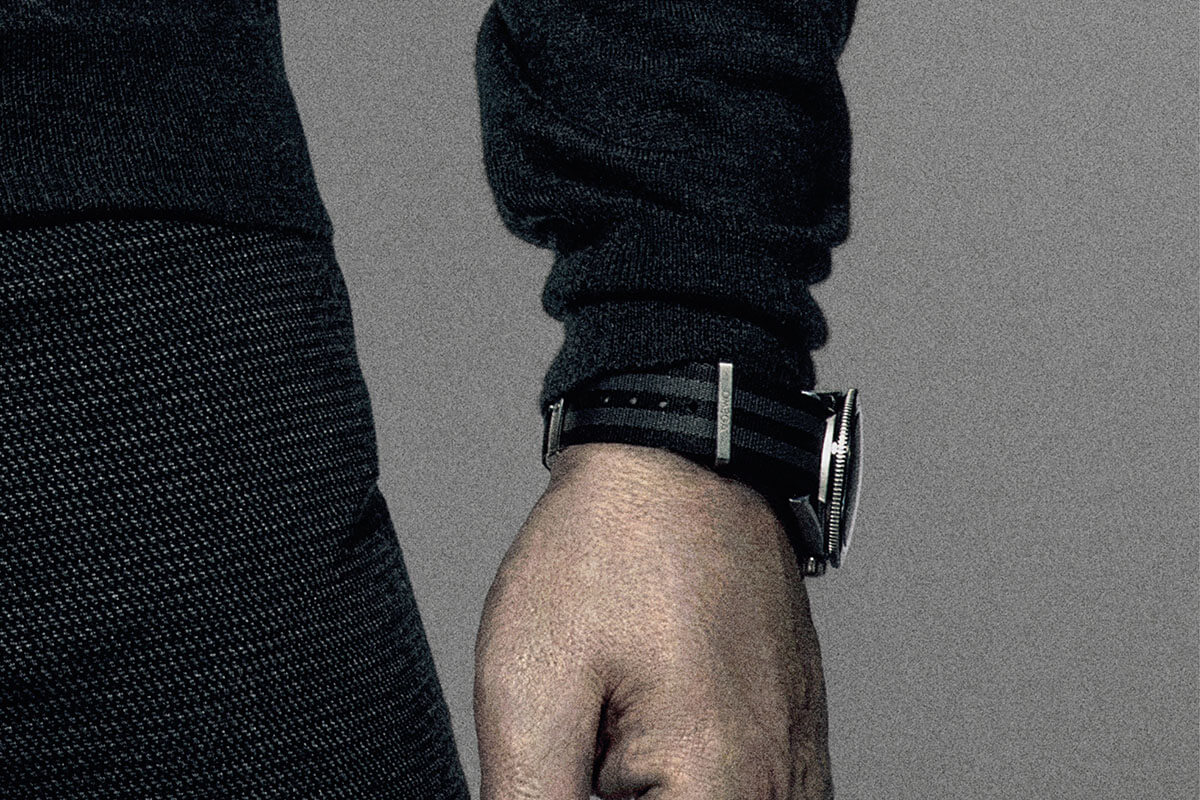 The other feature that we can spot is the use of a NATO Strap. This is also an understandable move from Omega that introduced last year its own collection of military inspired strap, including the black and grey striped one that will be used on the Omega Seamaster 300 Master Co-Axial from James Bond 007 Spectre. If you’re familiar with the James Bond series, you’ll be aware that Sean Connery was wearing his Submariner on a strap that looks close (not exactly the same however, as it was a RAF style 1-piece nylon strap with 3 colours: black, grayish olive green and red). Even if the one attached to Daniel Craig’s SM300 is a bi-color striped NATO, this is a sort of tribute made by Omega to the very first movies of the series – and a properly good combination too, as you can see below. 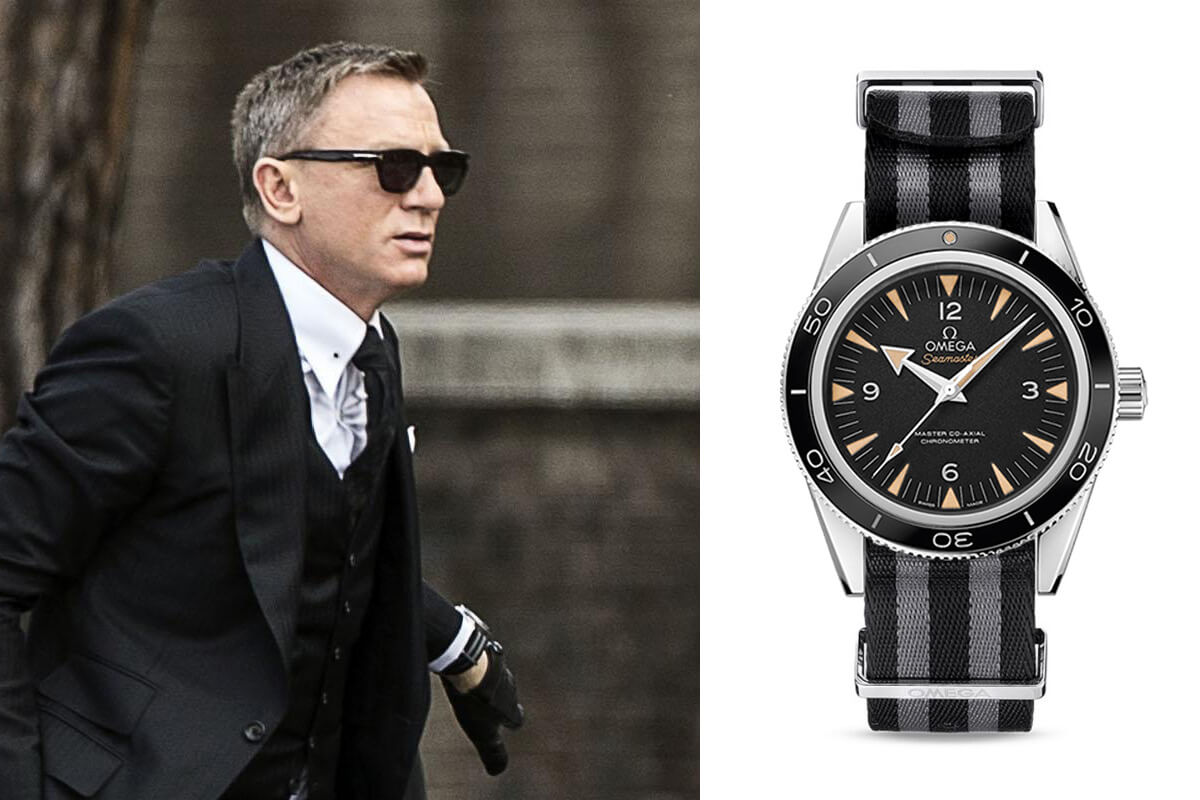 Finally, Daniel Craig had been seen during a photo-call in Rome for James Bond 007 Spectre earlier this year again wearing this same Omega Seamaster 300 Master Co-Axial on a striped NATO strap. As we can see, the edition worn here is a stainless steel one with black dial. Now comes 2 questions. Will James Bond use the antimagnetic properties of the new Master Co-Axial movement? (editor’s note: this watch is supposed to resist to 15.000 Gauss). Second and most relevant question: will Daniel Craig wear a classical edition of the Omega Seamaster 300 Master Co-Axial or will he have a specific edition for James Bond 007 Spectre? The answer will come soon. 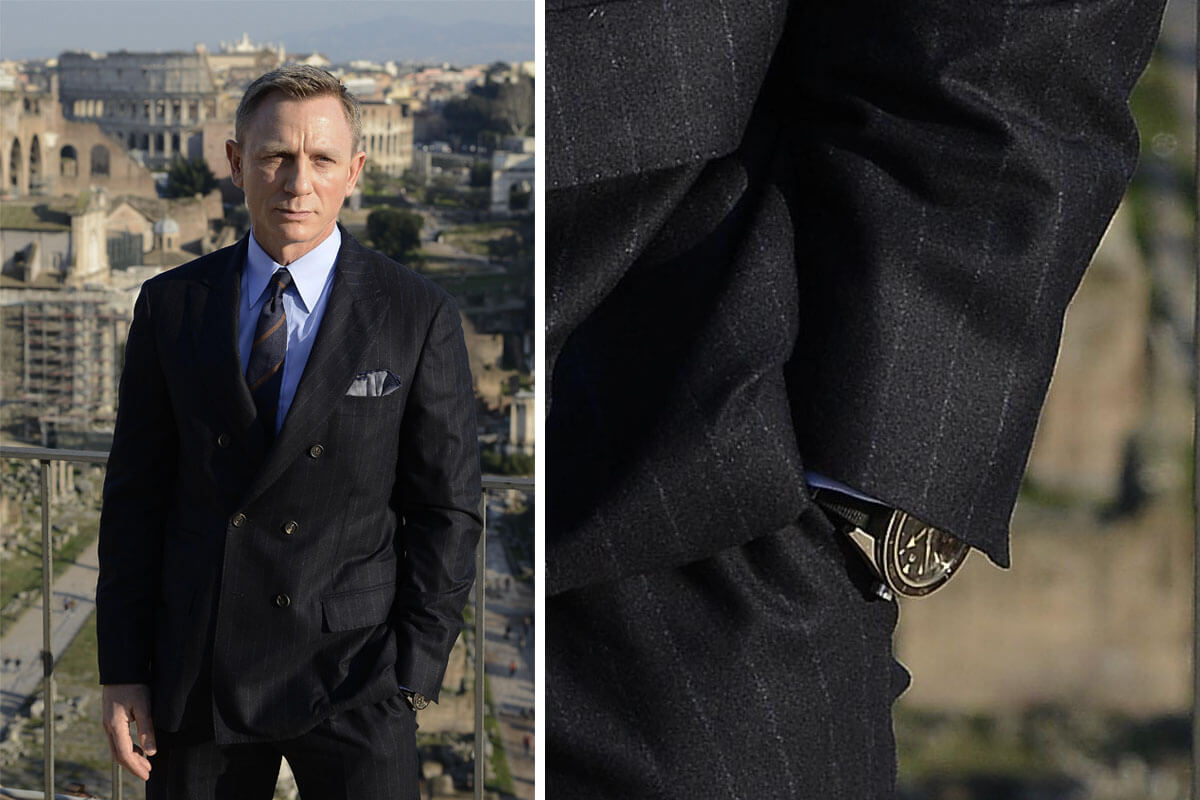 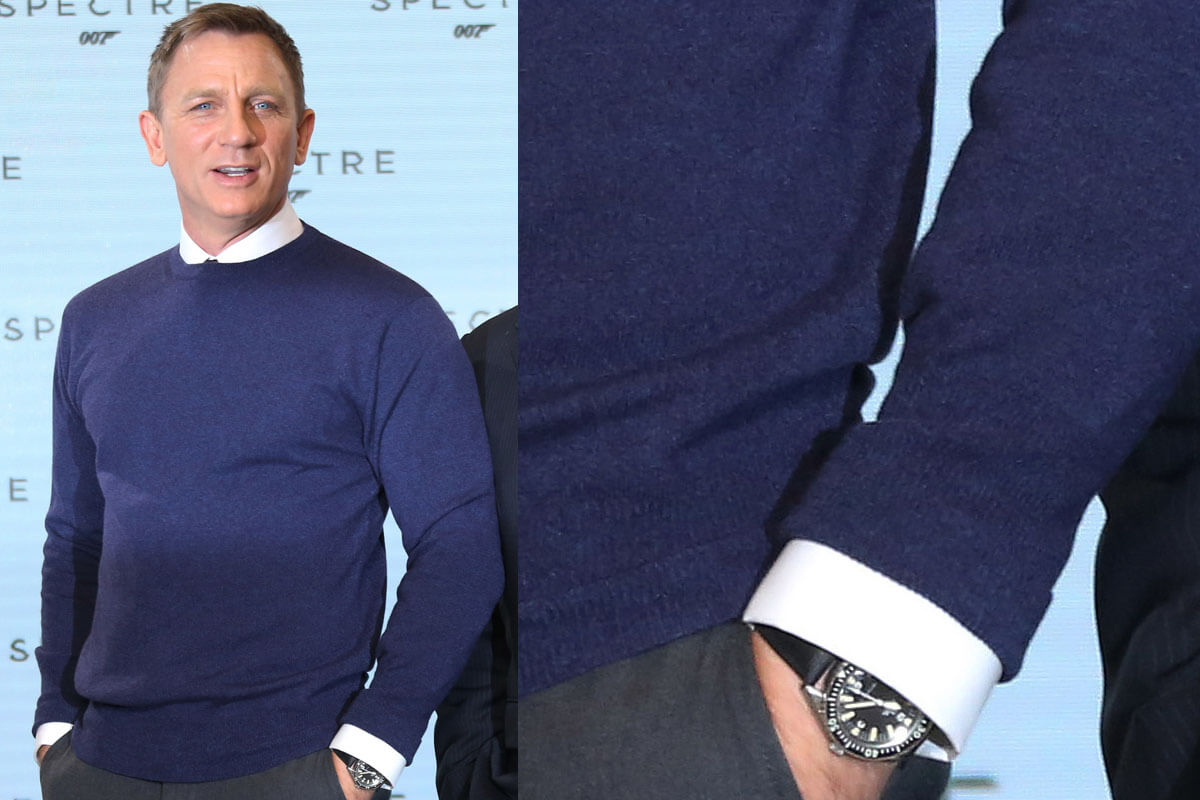 The main actor of the future James Bond 007 Spectre movie had been spotted recently wearing a very cool and collectible vintage Omega Seamaster 300m. Does this appearance have to been seen as a teaser organized by Omega or should we just conclude that Daniel is a man of very good tastes? Both are relevant.