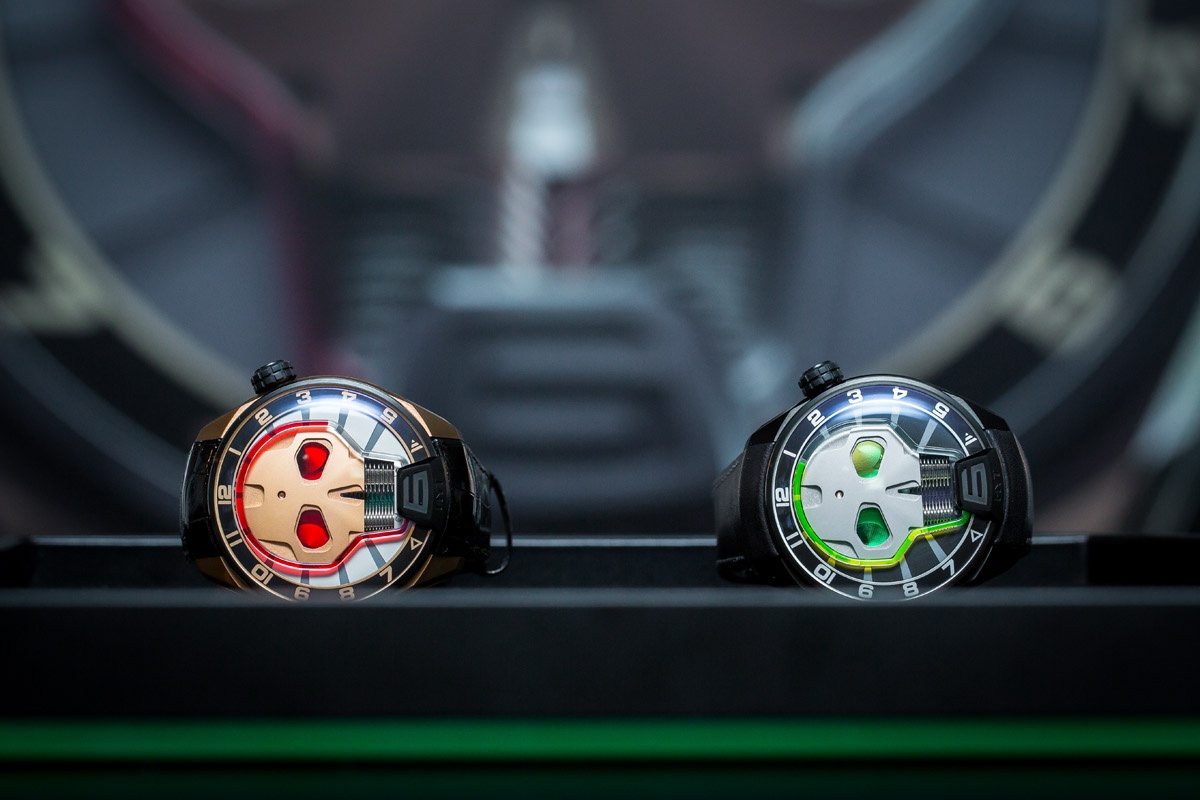 We’ve come to expect the unexpected from HYT. The independent watch brand, launched in 2012 specializes in being different, with a collection of hydro-mechanical watches that uses a liquid component to indicate the time.

However, Vincent Perriard and his team managed to raise eyebrows once again with the HYT Skull, which looks like it belongs on Iron Man’s wrist (Yes, it will of course feature on our Super Watches series very soon).

Besides the bold skull at the center of the dial, the new HYT watch surprises for two very important reasons. First off, it is the first watch in the collection that completely hides the movement on the dial side. But more importantly, it also entirely does away with the minutes indication.

So how does it work? As ever, a capillary carries the red (or green) fluid around the dial, in order to indicate the hour marker. But instead of presenting a complimentary dial with hours and minutes – which the brand usually does – the Skull features a single track.

The brand is betting on it to draw the focus of the wearer on the pioneering technology it has been developing for the past three years. The time is still shown, but the correct minute can only be estimated from the distance the liquid has traveled between two hour marks. According to the brand, the skull shape of the tube, which measures less than one millimeter in diameter, was a significant challenge.

“The issue centered on the capillary’s four angles, two of which are almost 90° at the base,” said Vincent Perriard. “These curves meant that bending the glass was a particularly delicate task.”

In other words – those of the CEO still – making “a vague skull shape and presenting it as an entirely new piece is not really HYT’s style.” Instead, the HYT Skull manages to take one of the oldest horological themes, and turn it on its head once again, by reinventing the mechanics behind the Skull watch.