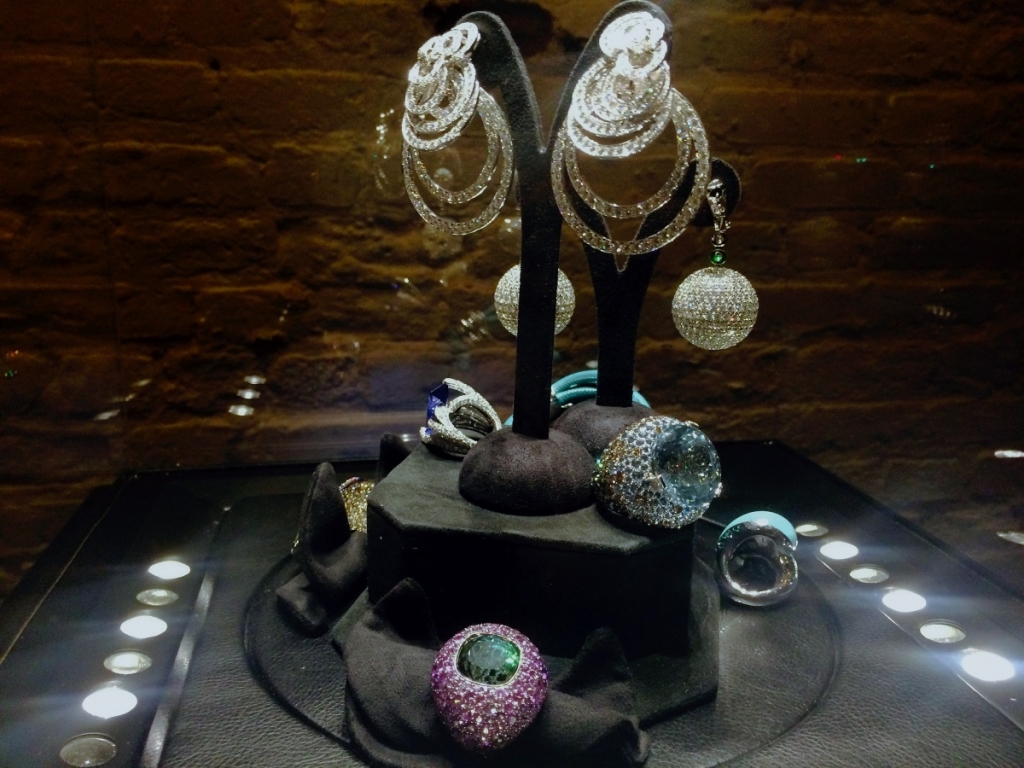 We can’t think of a better way to start a week than with a sparkle, which is what some of San Francisco’s socialites did at a private cocktail soiree hosted on March 10 by Fawaz Gruosi, de Grisogono’s renowned founder and creative director, in honor of the Fine Arts Museums of San Francisco’s upcoming exhibition, High Style: The Brooklyn Museum Costume Collection.

Held at Villa Taverna—the historical and private social club—the celebratory event turned out an intimate crowd that included Charlot D. Malin, Dorothy Torresi, Danielle Boutros and Barabara Brown in their cocktail fineries. We think everyone in attendance would agree: Nothing else could make a Monday evening as haute as sipping bubbly and shopping some of the world’s most luxurious bling—all in the name of fashion.

After making their way down the famed Hotaling Alley where Villa Taverna opened in 1960, guests were greeted with a glass of chilled Veuve Clicquot and such delicacies as foie gras and ahi tartare bites. Gruosi himself graciously took guests on a personal tour of his stunning designs.

From amethyst rings to ruby studs, there was no shortage of sparkling eye candy for all to lust after—and for some to purchase. Of his extravagant designs, the creative director stated that most are one-of-a-kind, a highly appealing notion to the lucky few fortunate enough to dawn his creations. Amidst the diamonds and precious stones on display, little hints of whimsy were found in ghost-shaped earrings and a diamond encrusted dolphin bangle. Gruosi’s charming and playful nature was apparent off the bat; as guests expressed their appreciation for the pricier baubles, he good-humoredly let them know what excellent taste they had.

High Style, presented exclusively on the West Coast at the Legion of Honor from March 14-July 10, provides a rare opportunity to view the evolution of fashion from 1910 to 1980 through more than 60 stunning costumes, 30 costume accessories and an array of related fashion sketches from the Brooklyn Museum Costume Collection. Gowns, accessories and other looks by the most influential designers of the last hundred years—including Chanel, Givenchy, Dior, Charles James and, yes, Fawaz Gruosi—trace the evolution of fashion in the 20th century.