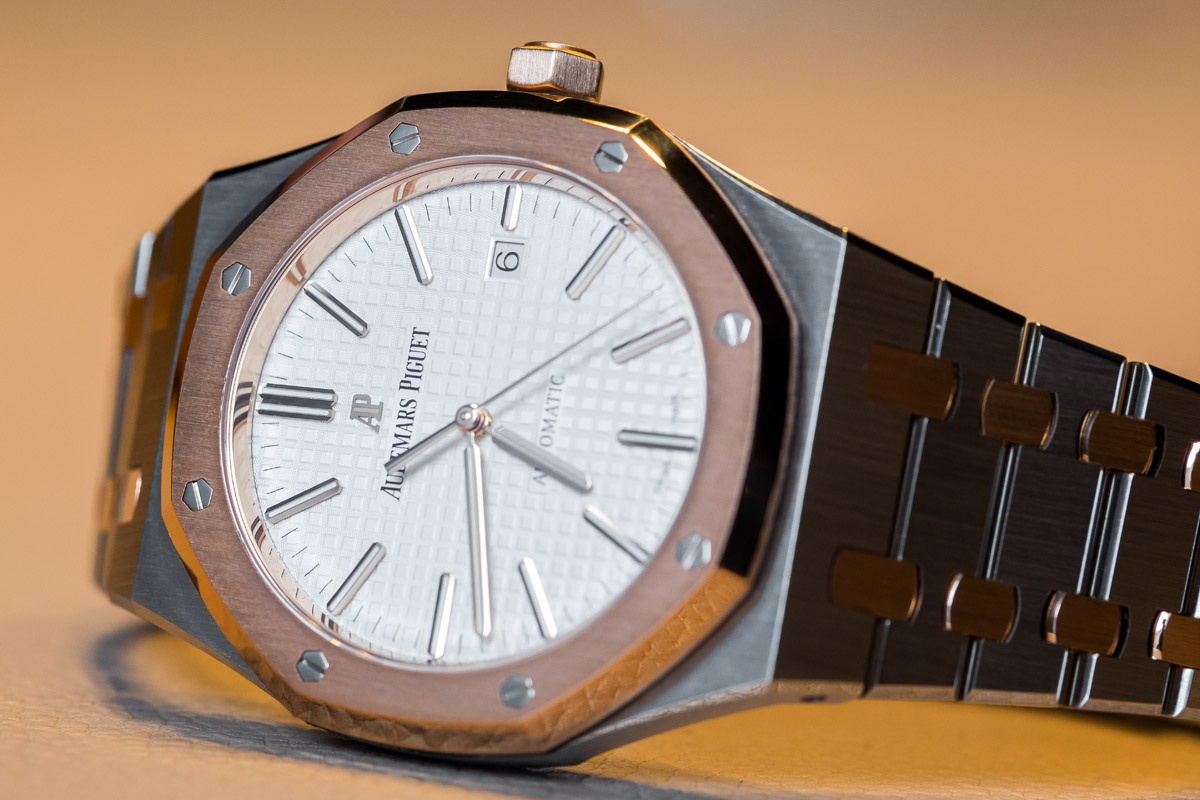 Audemars Piguet made itself heard at SIHH 2015 with the introduction of the Royal Oak Concept RD#1 – a minute repeater that redefines the minute repeater category. But under all the noise made by its new chiming technology, a more discreet Royal Oak whispered in an even more revolutionary design.

Some would qualify Audemars Piguet’s latest Royal Oak as bold – others going as far as saying the brand’s decision to introduce a two-tone watch in its most iconic and sportiest collection was a risk. This is the first time pink gold and steel have been paired, but the initial reaction from collectors at SIHH 2015 has been overwhelmingly positive.

The new Audemars Piguet Royal Oak Two Tone is housed in the iconic octagonal Royal Oak case measuring 41mm, and features the traditional Grand Tapisserie dial in white. While pink gold and steel may seem a mismatch to AP’s youthful collector-base, the brand is betting on the power of nostaligia, and the ever growing curiousity of that generation – powered by Master Classes given by Historian Michael Friedman – to dive deep into Audemars Piguet’s rich past.

Inside, Audemars Piguet has taken no risks, using the tried and tested Calibre 3120 self-winding automatic movement that has proved its worth in previous Royal Oak 15400 watches. It powers the three-hands and instantaneously jumping date function. The heart of this watch beats with a frequency of 3hz and boasts a 60-hour power reserve. The Audemars Piguet Royal Oak Two Tone 15400 is priced at $25,600.

For women, Audemars Piguet has also launched a Quartz Calibre 2713 powered model featuring 40 brilliant-cut diamonds on the bezel. More on that later…