For Roger Dubuis’ third consecutive participation in Asia’s most prestigious Haute Horlogerie Exhibition, the Swiss watchmaker welcomes us into a distinctively theatrical booth to unveil its latest cutting-edge timepieces. The Excalibur Star of Infinity is the latest creation by Roger Dubuis revolving around the Astral Skeleton concept, the brand’s new fantasy world introduced back in January for SIHH 2015. 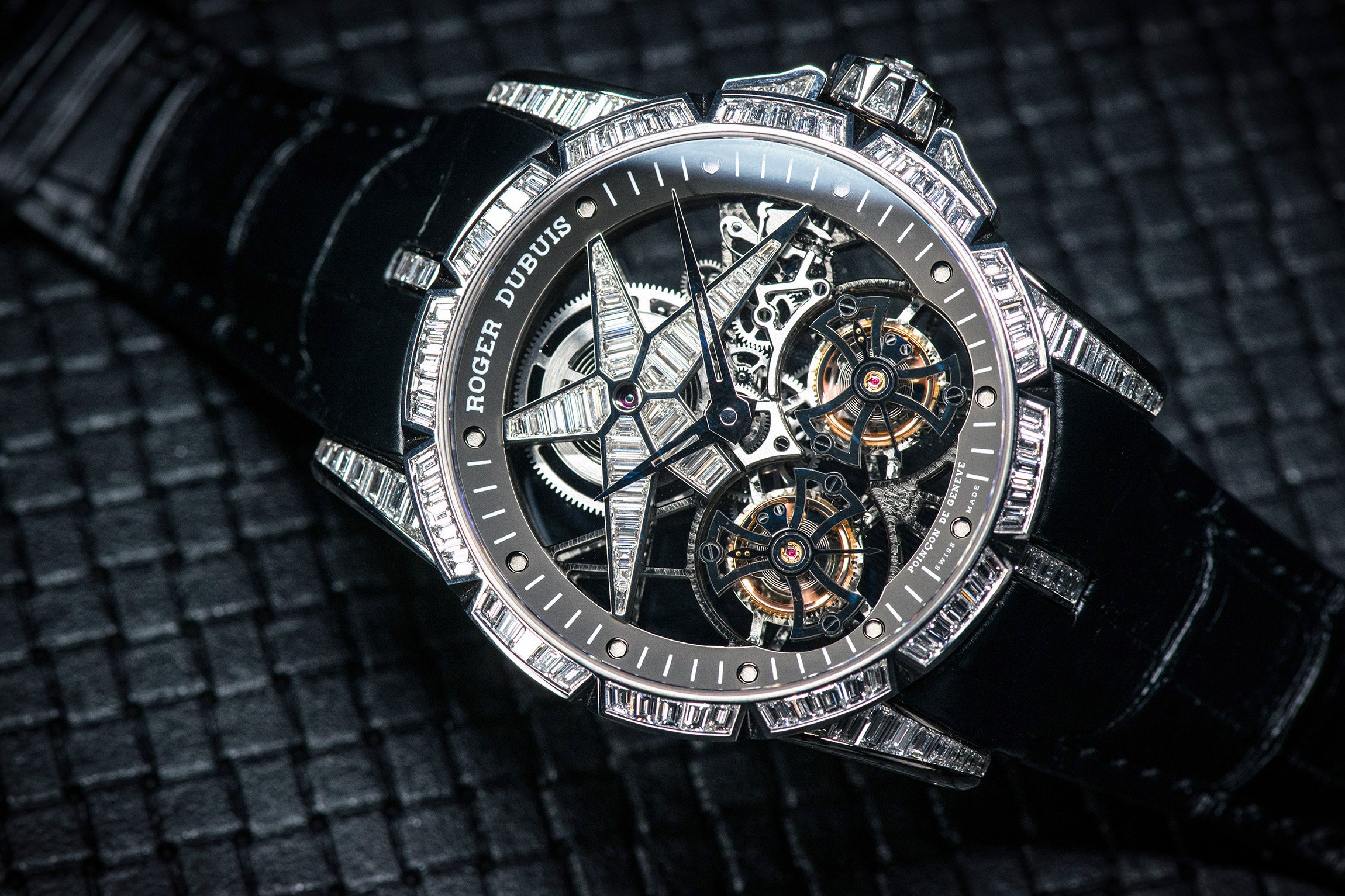 “Building on its double status as the pioneer of contemporary skeleton calibre and a specialist in architectural and technical mechanics, Manufacture Roger Dubuis is excited to be presenting its raft of new 2015 launches in Asia,” said Jean-Marc Pontroué, CEO of Roger Dubuis when asked about this year’s edition of Watches & Wonders. “It will also be premiering the Excalibur Star ofInfinity – a model every bit as generous and dazzling as its name implies.” 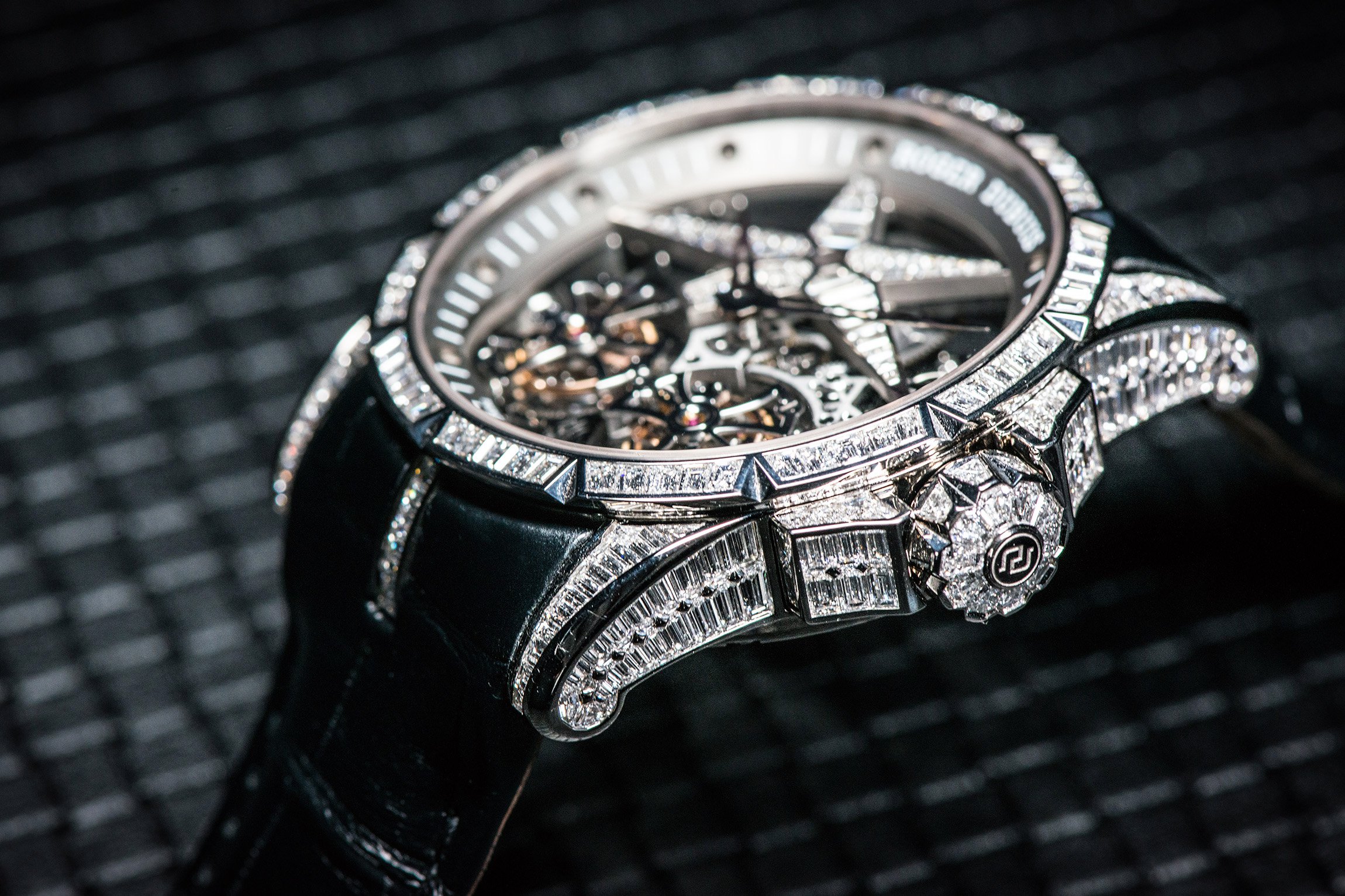 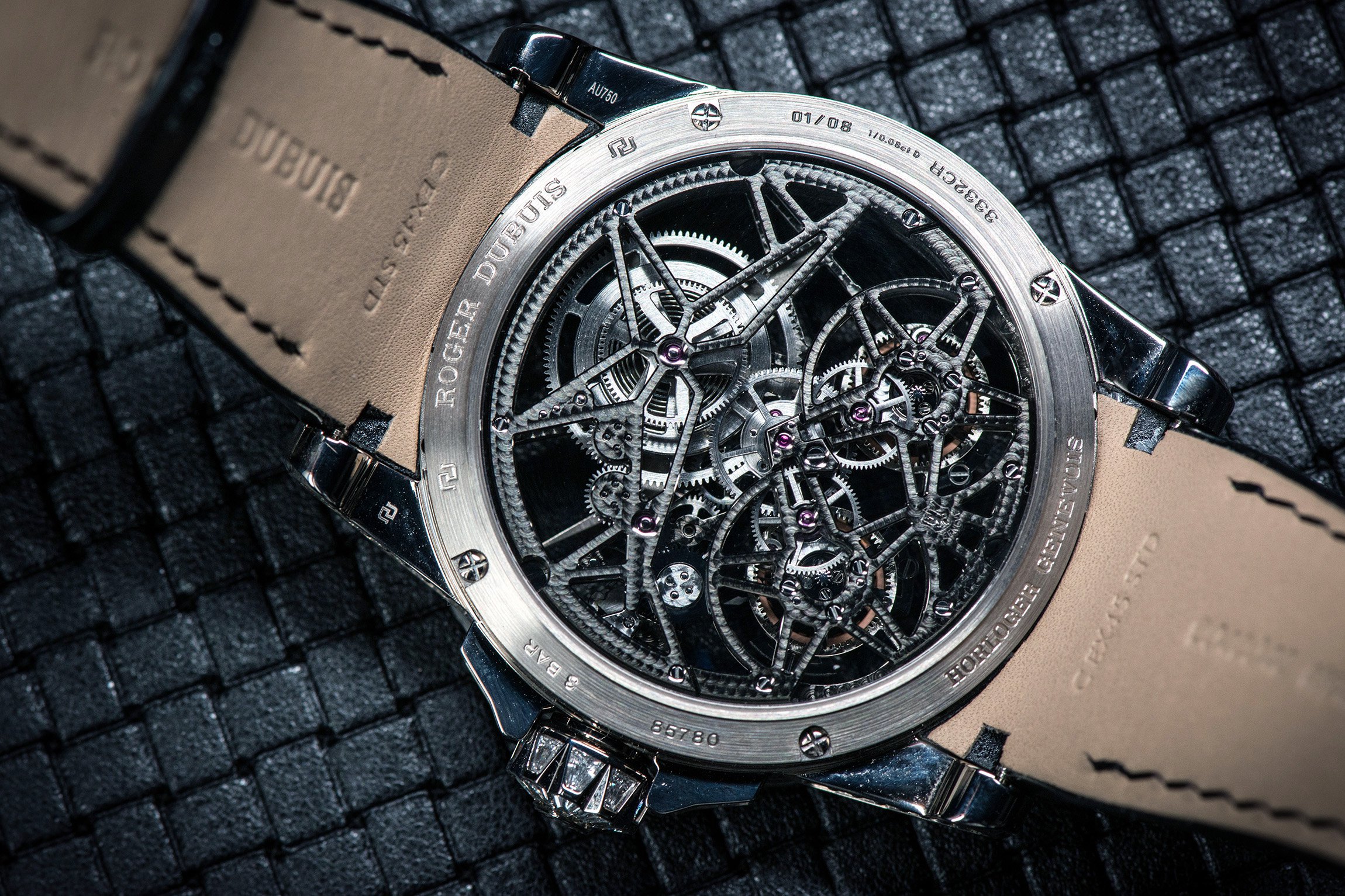 Sitting on the wrist with grandeur inside a 45mm case sculpted from white gold, the Excalibur Star of Infinity houses caliber RD01SQ a skeleton movement made of 301 parts conceived and manufacture in-house. Front and back of the watch expose the delightful aethestics of this hand-wound movement, sealed with the “Poinçon de Genève” assurance. The Excalibur Star of Infinity comes with a power-reserve of 50 hours and is water resistant to 30 meters. 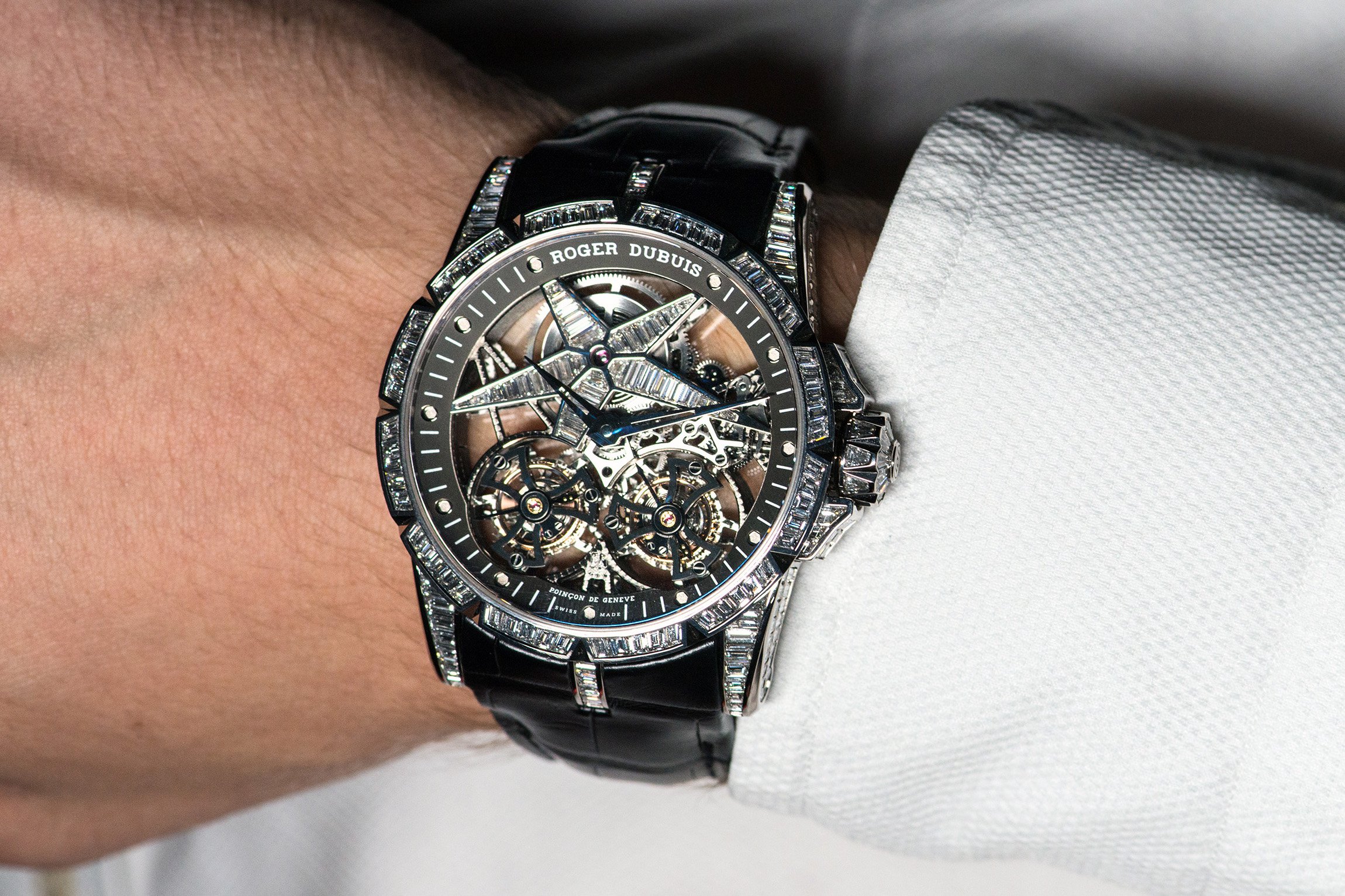 The sparkling diamonds on the case are complimented by a hand-stitched black strap made from genuine alligator skin. Roger Dubuis is known for fine detailing – the white gold clasp with adjustable folding buckle is also set with approximately 1.33 carats baguette-cut diamonds. Limited in production to 28 pieces worldwide, the Excalibur Star of Infinity would be a highly sough-after collector’s timepiece.

Photo Credit: Haute Time. For more information, please visit the official Roger Dubuis website. Follow Haute Time on Instagram to catch all of the new releases as they happen.