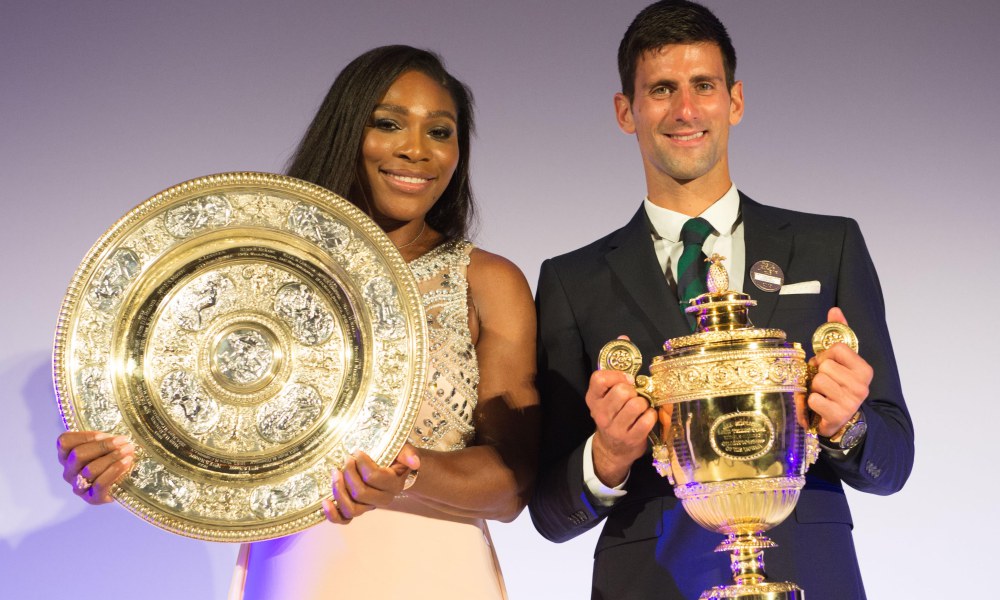 It was a good Wimbledon for luxury watch ambassadors. Audemars Piguet ambassador Serena Williams and Seiko ambassador Novak Djokovic each secured victory in their respective divisions on the grass of the oldest tennis tournament in the world.

On the women’s side, Serena Williams defeated Garbine Muguruza 6-4 6-4, winning four straight majors and coming this much closer to winning the hallowed Grand Slam. At 33, the tennis champion is the oldest woman to win a major.

In the men’s tournament, Novak Djokovic bested Roger Federer for the second year in a row 7-6 (7-1) 6-7 (10) 6-4 6-3. This marks Djokovic’s third title at Wimbledon and ninth Grand Slam title overall.

Reviving an old tradition, the two champions shared a dance at the Wimbledon Champions Dinner. The pair performed a rousing rendition of the dance scene from the film Saturday Night Fever.

Photo Credit: AFP. For more information, please visit the official Seiko and Audemars Piguet websites. Follow Haute Time on Instagram to catch all of the new releases as they happen.