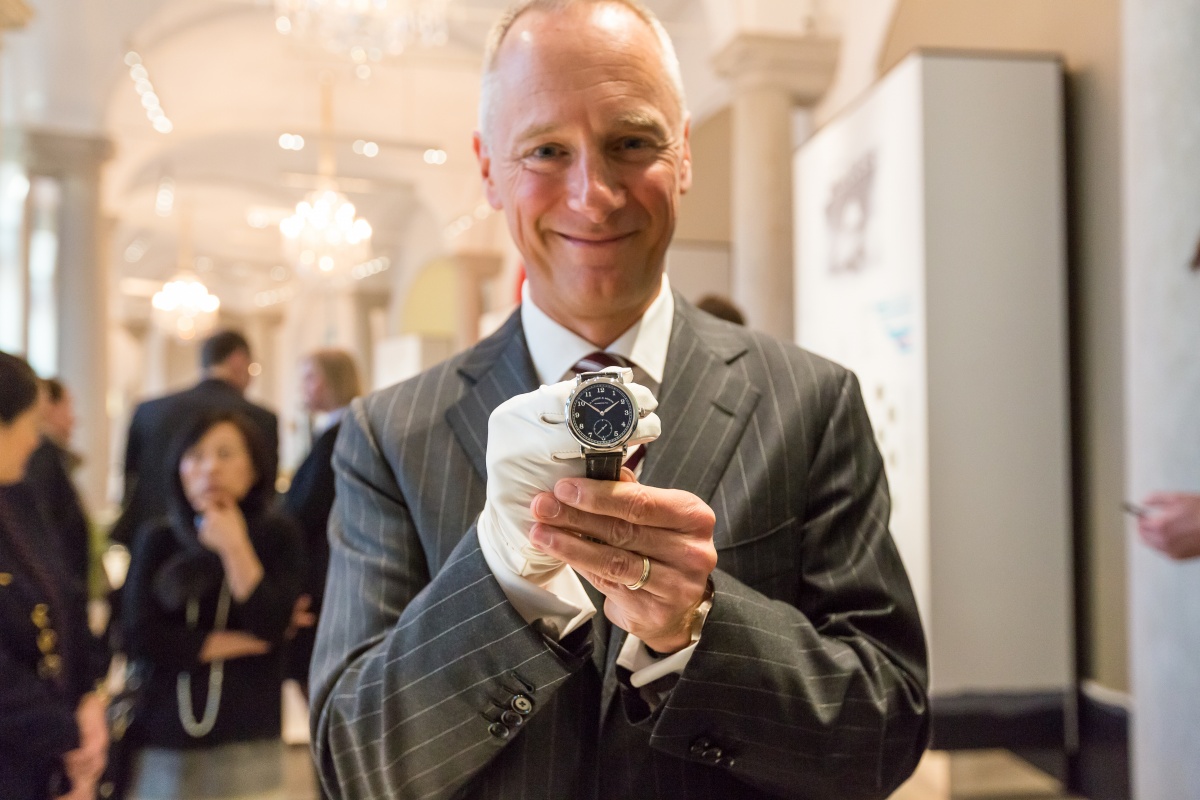 Last week, I had the privilege to attend the surprise launch of the A. Lange & Söhne 1815 200th Anniversary F. A. Lange. I must admit I wasn’t sure why I had been invited to Dresden only a few weeks after what is usually considered the most important date of the year for any Richemont brand, that is SIHH week.

And while the timepieces we saw back then, whether it be the incredible Zeitwerk Minute Repeater or the new Saxonia line stunned all those who walked into A. Lange & Söhne’s booth, I was surprised to be shown something that is arguably even more important to the German brand.

The new 1815 “200th Anniversary F. A. Lange” is set to become one of the highlights of the year. Created by A. Lange & Söhne to commemorate the anniversary of its founding father this limited 200-watch edition of the 1815 in platinum stands out because of its pure lines and simple design.

While a majority of watch brands mark important anniversaries with highly complicated timepieces for only a handful of collectors, it is a welcome change – albeit not surprising from A. Lange & Söhne – to see a brand create a piece in line with the core values set by its founder.

Ferdinand Adolph Lange’s objective, which he stated in the letter sent the Saxon government in 1843 to start his company, were to imbue his watches “with the great and important flawlessness and simplicity that originate from my considerations and diligence”.

Two centuries later, the 200th Anniversary F. A. Lange certainly remains true to his character. The watch comes in a 40-millimetre platinum case and the black solid-silver dial and features subsidiary seconds at six o’clock, in the style of Ferdinand Adolph Lange’s now legendary pocket watches.

Ferdinand Adolph Lange may not be able to sign off on this spectacular watch, but his great-grandson, Walter Lange, 90, was understandably very proud to see his name on the 200th Anniversary F. A. Lange.