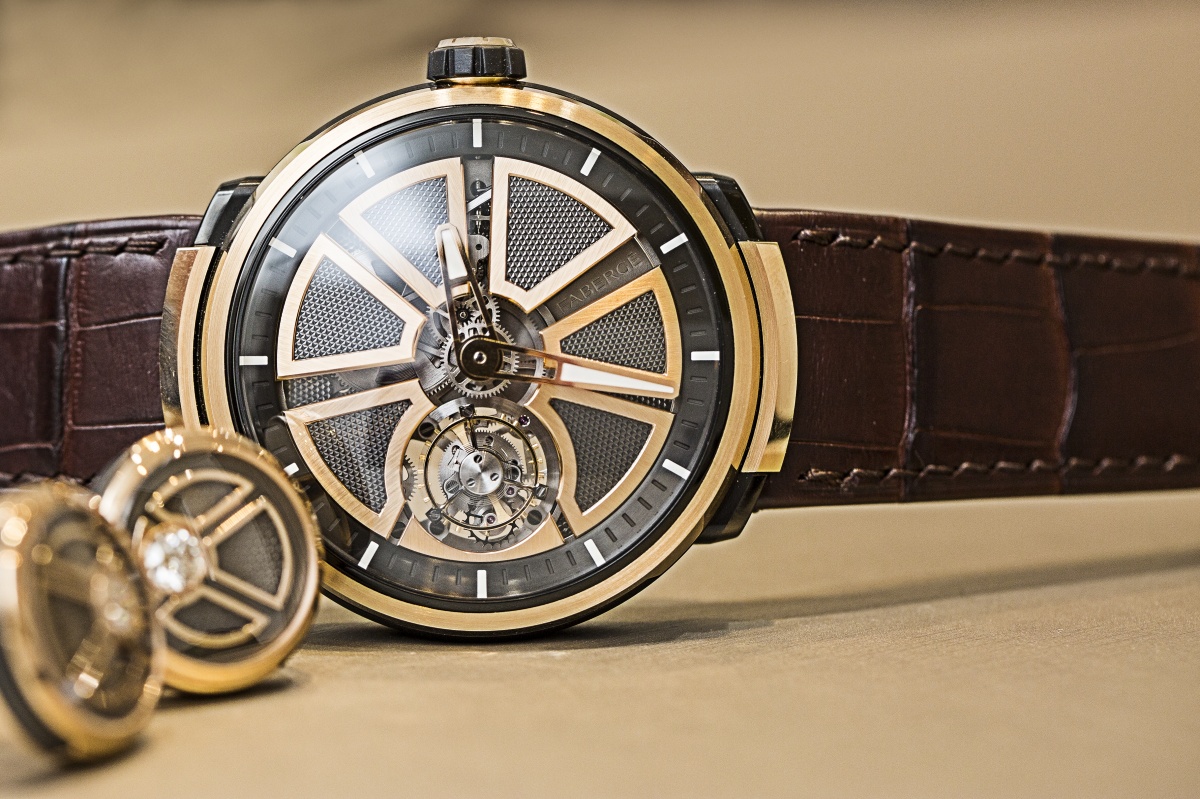 Fabergé introduced a new men’s high complication this year, and rumors of the watch spread like wildfire during Baselworld. One of the main reasons the new Visionnaire I watch caused such a stir was the name of its creator, Giulio Papi of Renaud & Papi. 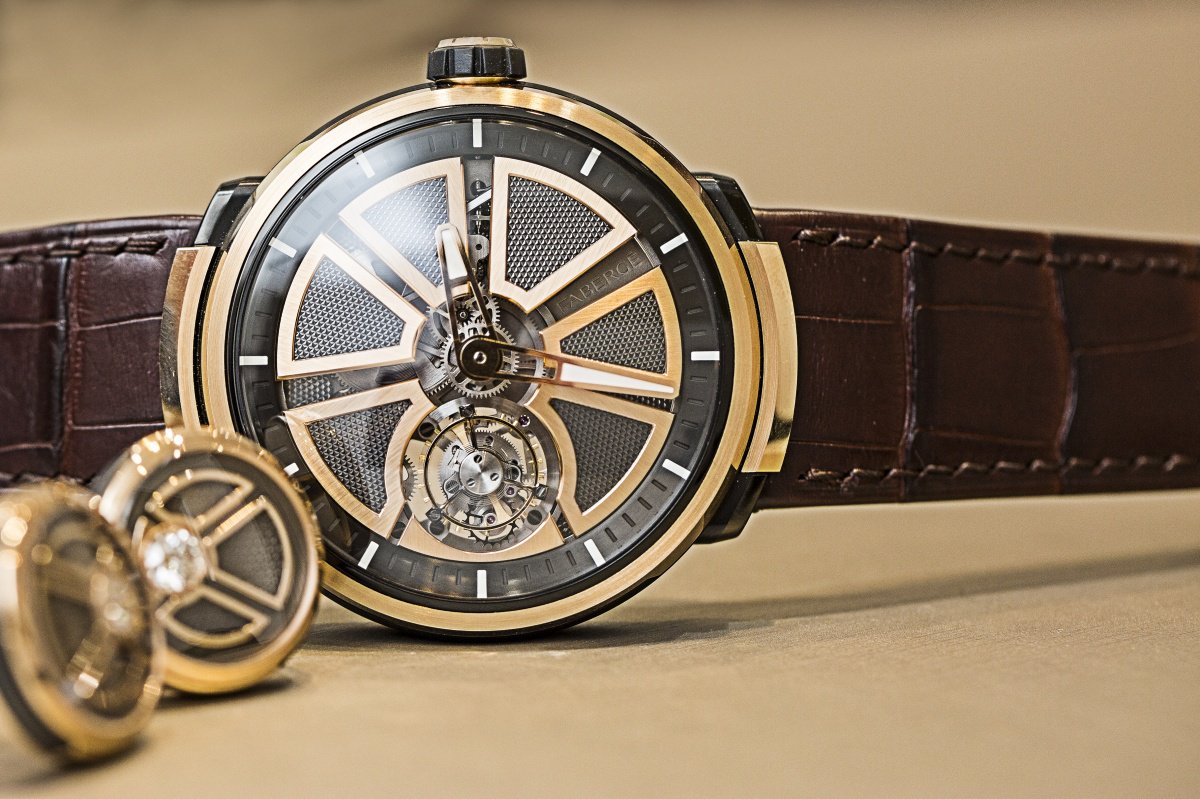 The complication maker based in Le Brassus, who specializes in haute horlogerie pieces for brands ranging from Audemars Piguet to Richard Mille, was ever-present this year, signing a number of watches including the Chanel Première Flying Tourbillon. Of course, working together with Renaud & Papi on a flying tourbillon, one of the hardest and most challenging complications to produce, is the greatest indication that Fabergé also sees great potential in its timepieces. 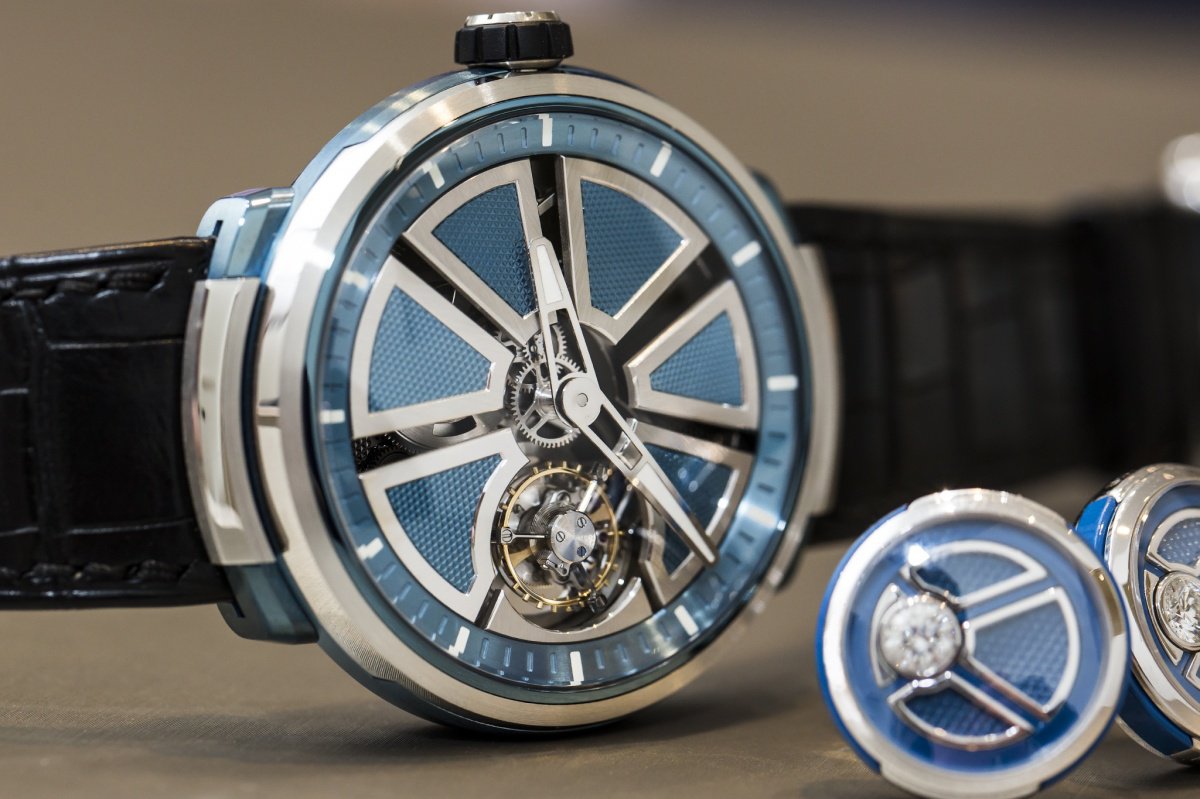 And the brand maximized it with its new flagship watch. If the Visionnaire I is a sign of things to come, the journalists spreading the news of it at Baselworld this year will be booking their meeting with Fabergé earlier than usual for 2016. 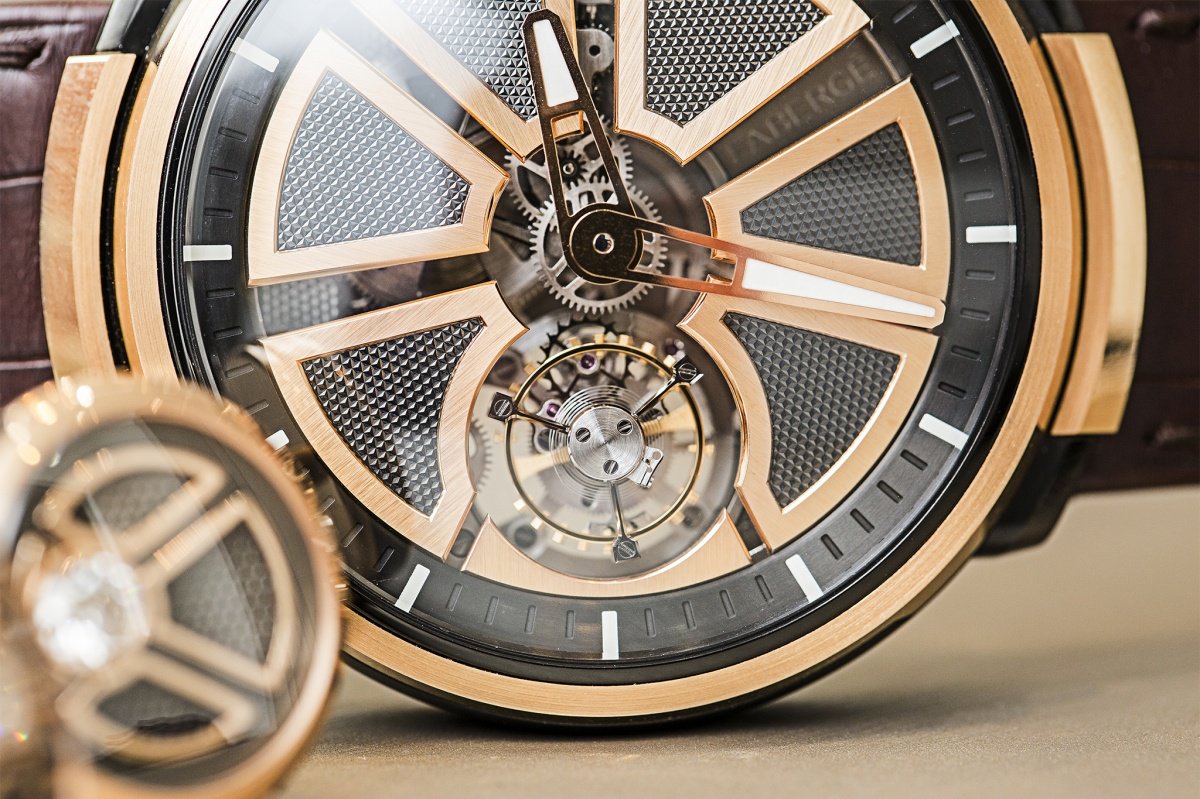 The face of the Visionnaire I is not one without expression. It conceals as much as it reveals under a sublime dial cut into seven inclined trapezes, like open egg shells, a design that recalls the speciality of Fabergé, and reveals the watch’s mechanical heart. 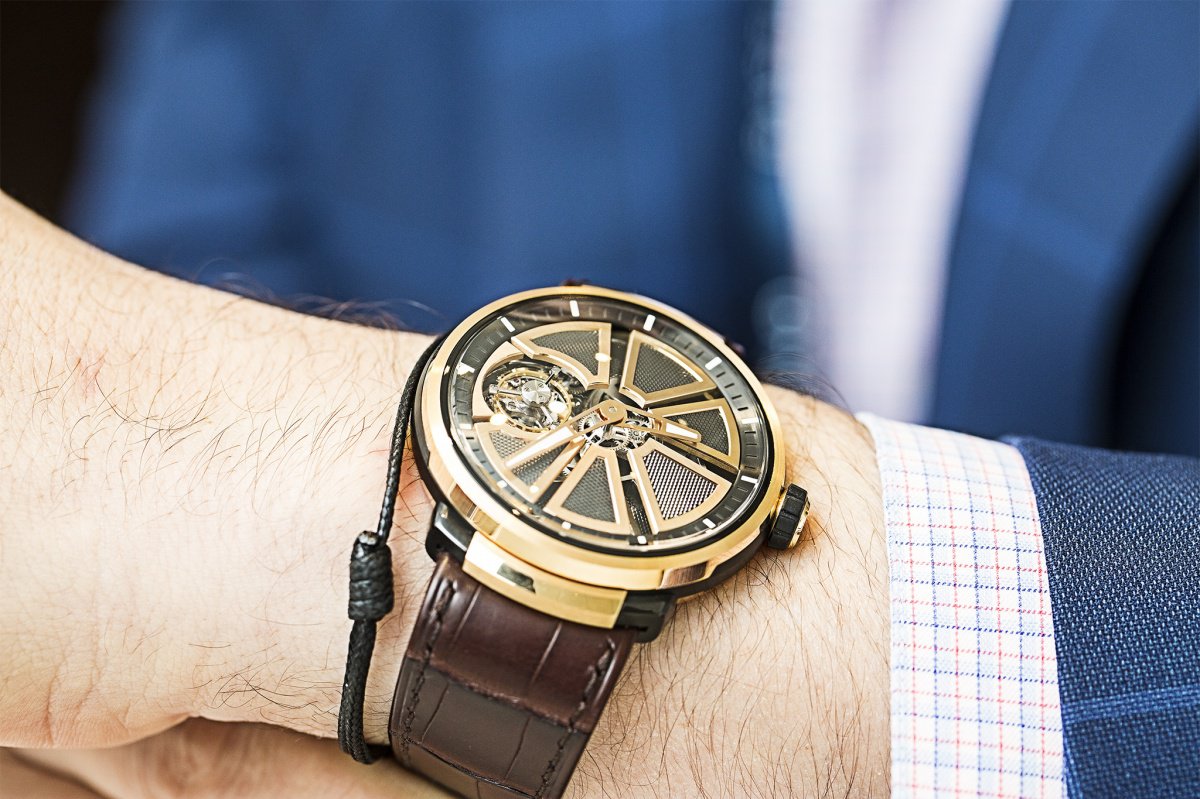 What impressed most though is the high level of finishing on the watch. While the flying tourbillon at 9 o’clock is an 18-century invention, it is cased in a resolutely modern-looking timepiece with black PVD treatment. The 44 mm watch is made according to the taste of modern men, sizing quite large on the wrist. A luxurious timepiece, it remains quite playful. The cuts in the dial work to great effect, as the wearer gets a different perspective of his watch with the movement of the wrist, and a hint of what it hides beneath. 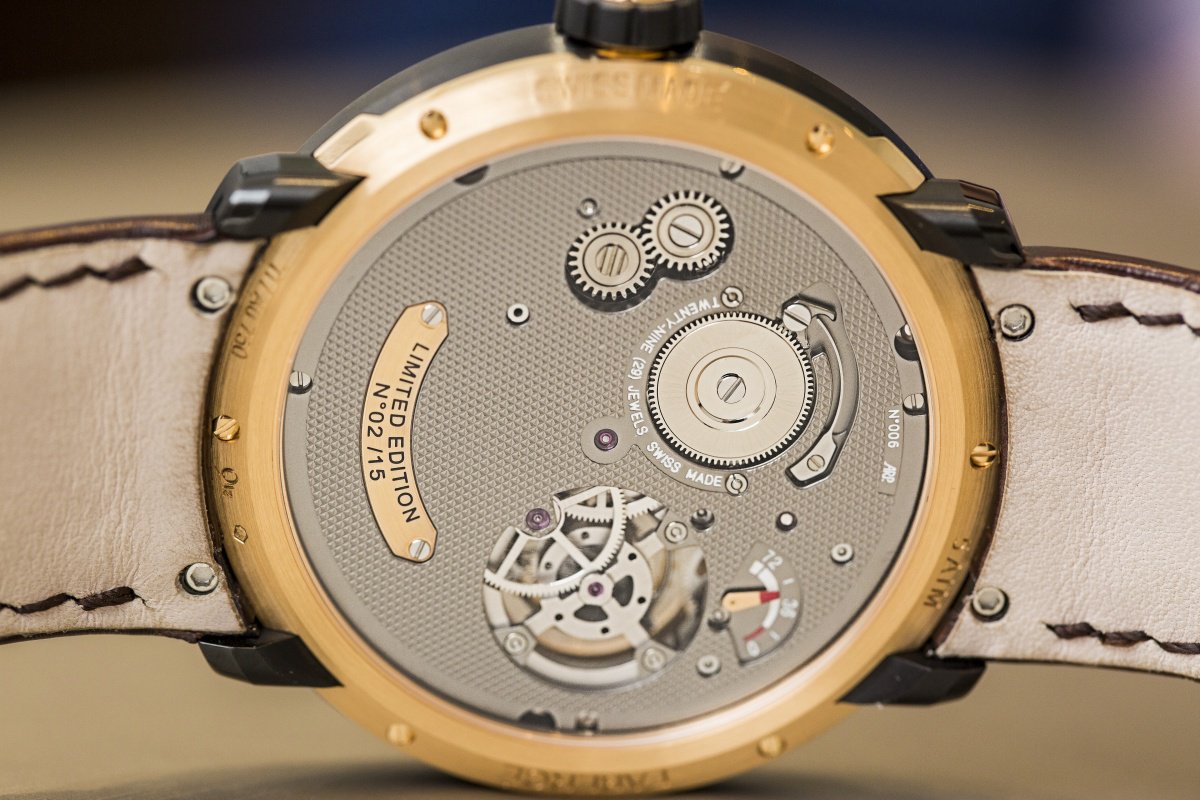 Inside, the Visionnaire I houses caliber TOF14, a hand-wound movement with a power reserve of 72 hours. A power reserve display is visible on a hard case back. The watch comes with a hand-stitched black alligator strap and platinum and blue-treated titanium Fabergé folding clasp. The Visionnaire I combines a powerful visual identity, an expectation Fabergé continues to deliver, with a high-end complication that expresses the new vision of the brand in terms of watchmaking. The Fabergé Visionnaire I is available in rose gold, or in platinum.

Photo Credit: Haute Time. For more information, please visit the official Fabergé website. Follow Haute Time on Instagram to catch all of the new releases as they happen.