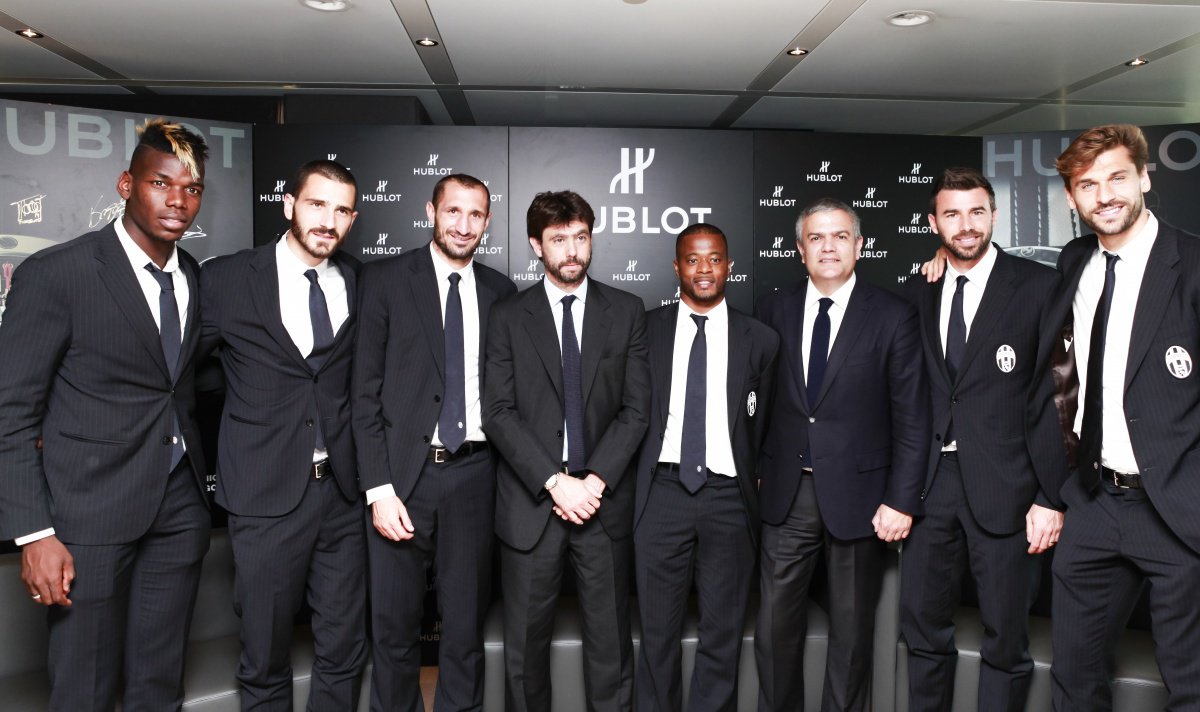 Juventus are the titans of Italian football. The legendary club has secured the Italian championship for the last four years and 33 times over their history. Fresh from their victory in the final of the Coppa Italia, and ahead of their important match between Olympiastadion in Berlin, several members of the Juventus club and team President Andrea Agnelli paid Hublot a visit. Welcomed by Hublot President Jean-Claude Biver and CEO Ricardo Guadalupe, the Italian champions started their day at the maison with a scrimmage between a team of young footballers at the manufacture. 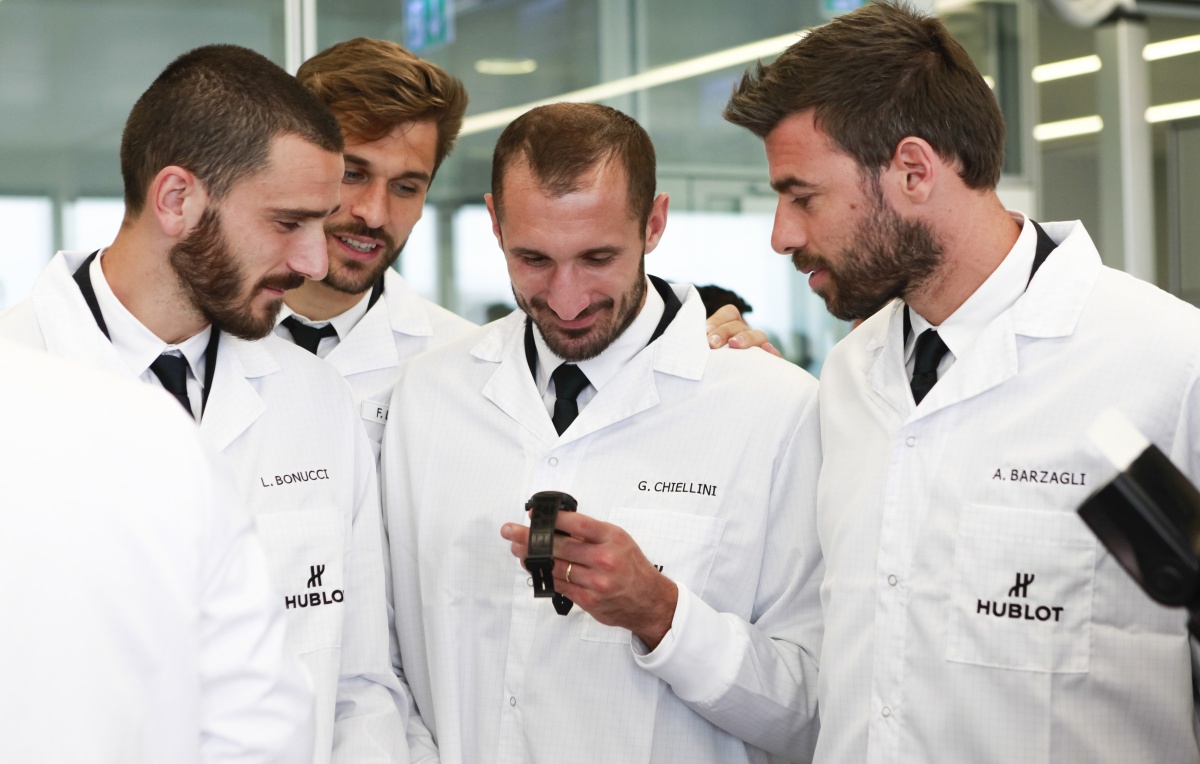 After the heated match, the Juventus team headed inside where they tried their hand at watchmaking, and learned the intricate process of creating Hublot’s luxury timepieces. In particular, the watchmakers took the footballers through the process of creating the Big Bang Unico Chrono Bi-Retrograde, a piece dedicated to football.

Hublot has a long-standing relationship with football and FIFA. The watchmaker is the Official Timekeeper and Official Watch of the FIFA World Cup. Hublot was also the Official Watch of EURO 2012, and continues to enjoy partnerships with teams across Europe like  Paris Saint-Germain in France, Bayern Munich in Germany and Ajax Amsterdam in Holland.