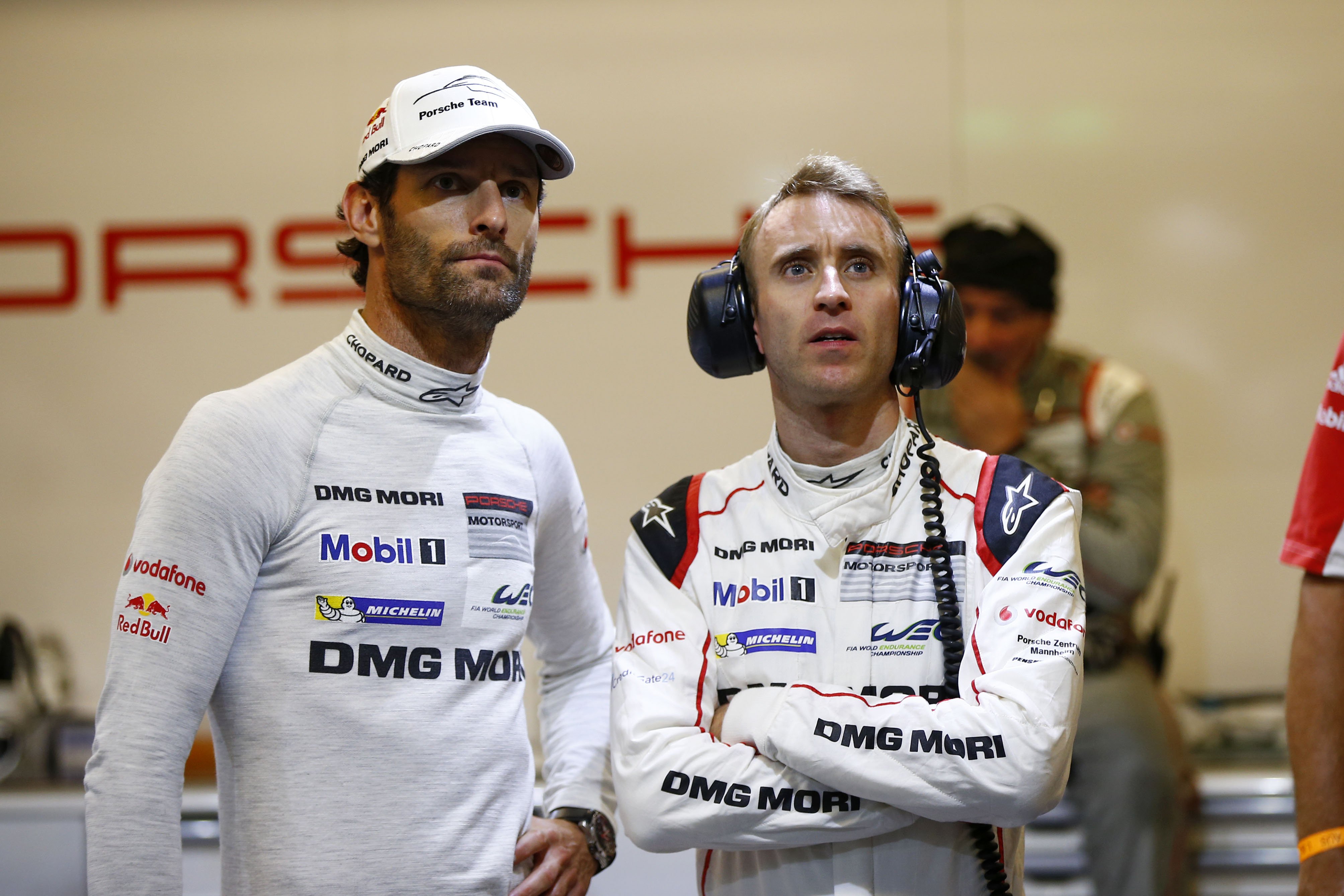 At the recent Lone Star Le Mans at Circuit of the Americas in Austin, Texas—the only race at COTA to run into the night— Haute Time spoke exclusively to Mark Webber ahead of the victory he and his team achieved in their No. 17 Porsche 919 Hybrid. Herewith, the celebrated Australian racing driver talks about his stellar year, a new partnership with Chopard and the future of modern motorsport.

-Let’s start off by reflecting on the incredible year Porsche has had—thanks in no small part to your contributions. From Le Mans in June to Nürburgring in August to COTA this month, what’s riding that wave been like?

“It’s been good. The team has worked incredibly hard. They deserve the success. We wanted to put a lot of pressure on Audi, which we’re doing…which is great. We’re still learning as we go; there’s still obviously areas to improve which is great, but to have the success we’ve had in the short period of time is a real credit to the team and everyone involved. We’re really proud of that.” 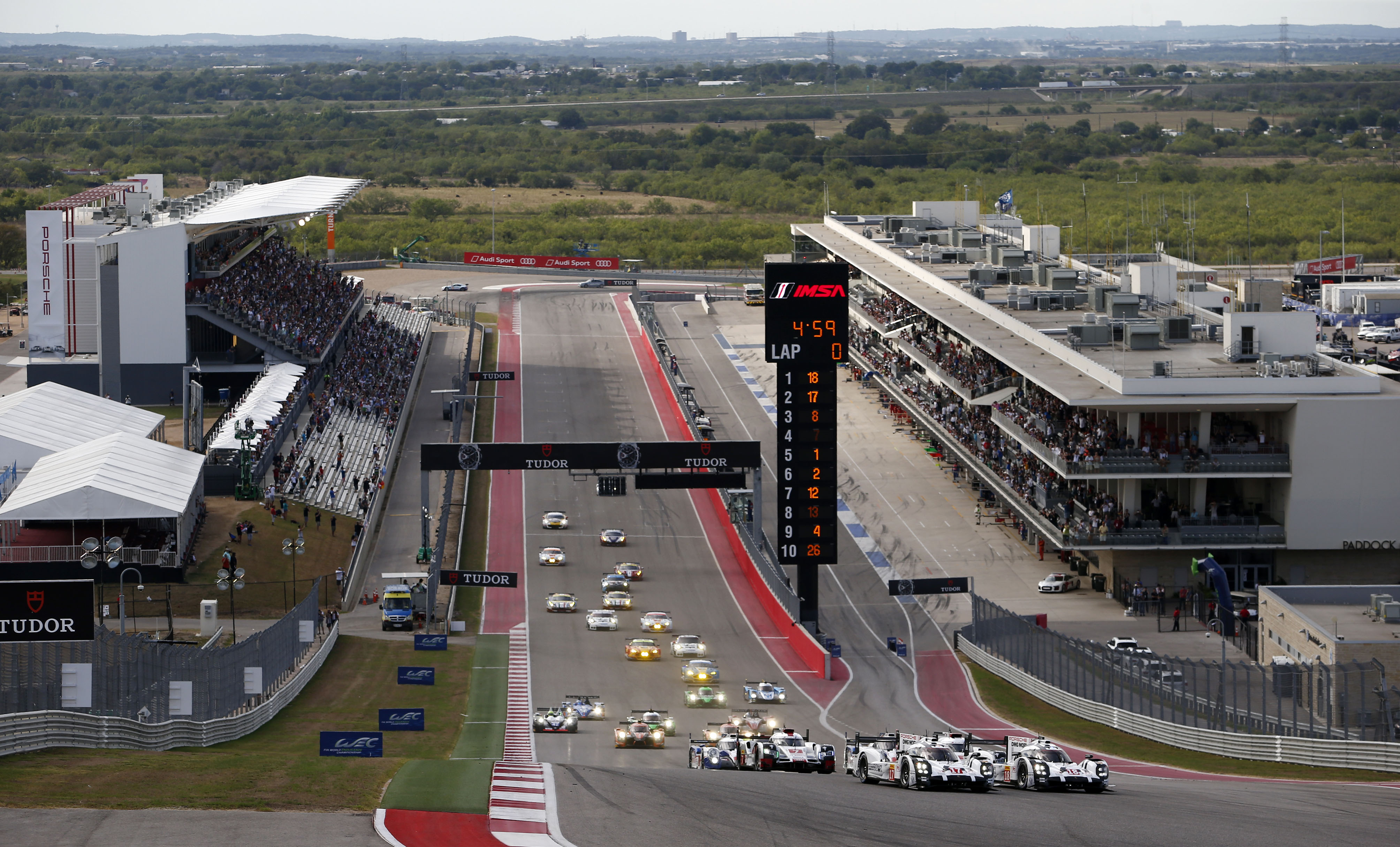 -In 2014, Chopard became the official timing partner of Porsche Motorsport. What do you think attracted them motorsport and, specifically, being part of Porsche’s return to Le Mans?

“I think Chopard has a great history with being involved with Porsche, first of all. With a lot of their classic cars and prestigious brands together, I think they wanted to be associated with cutting edge and new technology with the 919. The return of this new program was a nice link for Chopard to also have another marriage between watch and technology and the marketing that goes with that. It’s a sensational message.”

“Yeah, but I think manufacturers come and go from motorsport like Formula One. You can’t do it forever. You have a break and you come back!”

-Personally, what’s it been like having a watchmaker be along for the ride?

“To be honest, it doesn’t change my job too much. It doesn’t change our motivation to win, our desire to be the best, the passion for driving…it’s a change in decal on the vehicles and on our uniforms, but the brand association is strong and elevates the overall message. It’s a nice change.”

-What do you appreciate most about having a brand like Chopard involved?

“I appreciate their history. They’re very down to earth and their roots are very genuine. Judging from the Chopard family history, they’re loyal people. I’ve had the privilege of visiting the headquarters and manufacturer in Switzerland; it was nice to see the big gold bouillon being melted down. They are a very serious operation and while I’m more interested in the watches than the jewelry, I hear from the ladies that the jewelry is unbelievable.”

-How would you liken a product from Chopard to the priceless 919 Hybrid you drive?

“There are tons of similarities. The build quality has to be the best. The quality control has to be exceptional. It has to be comfortable. It has to be super functional. At the end of the day in the racecars, as with a great timepiece or piece of jewelry, it’s always a reflection of the cutting edge.”

-Talk to me about the mutual attraction between racing and luxury timepieces. Why do they go hand-in-hand?

“To be honest, it’s the same market of individual. People interested in motor racing love their watches; the link is undeniable and works. There’s also a level of aspiration here; people want to aspire to drive a 919 just as they want to wear a Chopard watch. Chopard, in turn, likes to work with people and other brands that are pushing the boundaries and have achieved success in, this case, motorsport. We don’t rest on our laurels and they don’t rest on their laurels; Chopard only wants to work with the best. They keep moving things forward—as do we. From the public’s perception, it’s nice to have a brand like Chopard involved in motorsport. It’s a great image maker.”

-Speaking of watches, in November, at the Only Watch auction, you partnered with Chopard to create a one-of-one Superfast Chrono to benefit Duchenne Muscular Dystrophy research. Tell me about that synergy.

“Well, I was floored to be asked to do this. It’s a great honor and you can’t beat having only one such watch exist in the world. It’s similar to the one I wear now, but with a few tweaks. There’s obviously a close link to racing and I gave as much input as I could, but I let the expert watchmakers at Chopard take the reign on this project. I’m keeping my fingers crossed we raise a lot of money! I have no doubt a motorsport fan will become the proud owner of this great watch.”

In terms of racing, where do you see the Porsche team in the near future? You’ve achieved so much in such a short amount of time. How do you strategize your future steps?

“You can still see with modern motorsport, there are lots of rules and regulations you have to stick to like little penalties here and there, so we’re constantly learning how to operate the team under these very, very tight and strict regulations. That’s not easy as it’s a constantly moving target. Being strong in all conditions is important. We’re still improving in that, and our performance in other tracks. Twelve months in motorsport can result in a tremendous amount of change. Toyota destroyed the field last year and now they’re getting lapped. We take advantage of the momentum achieved with each win and use it toward the next race. We never rest on our laurels. Every single marginal gain is important. That, and not accepting any mediocrity. Ever.”

Photo Credit: Haute Time. For more information, please visit the official Chopard website. Follow Haute Time on Instagram to catch all of the new releases as they happen.