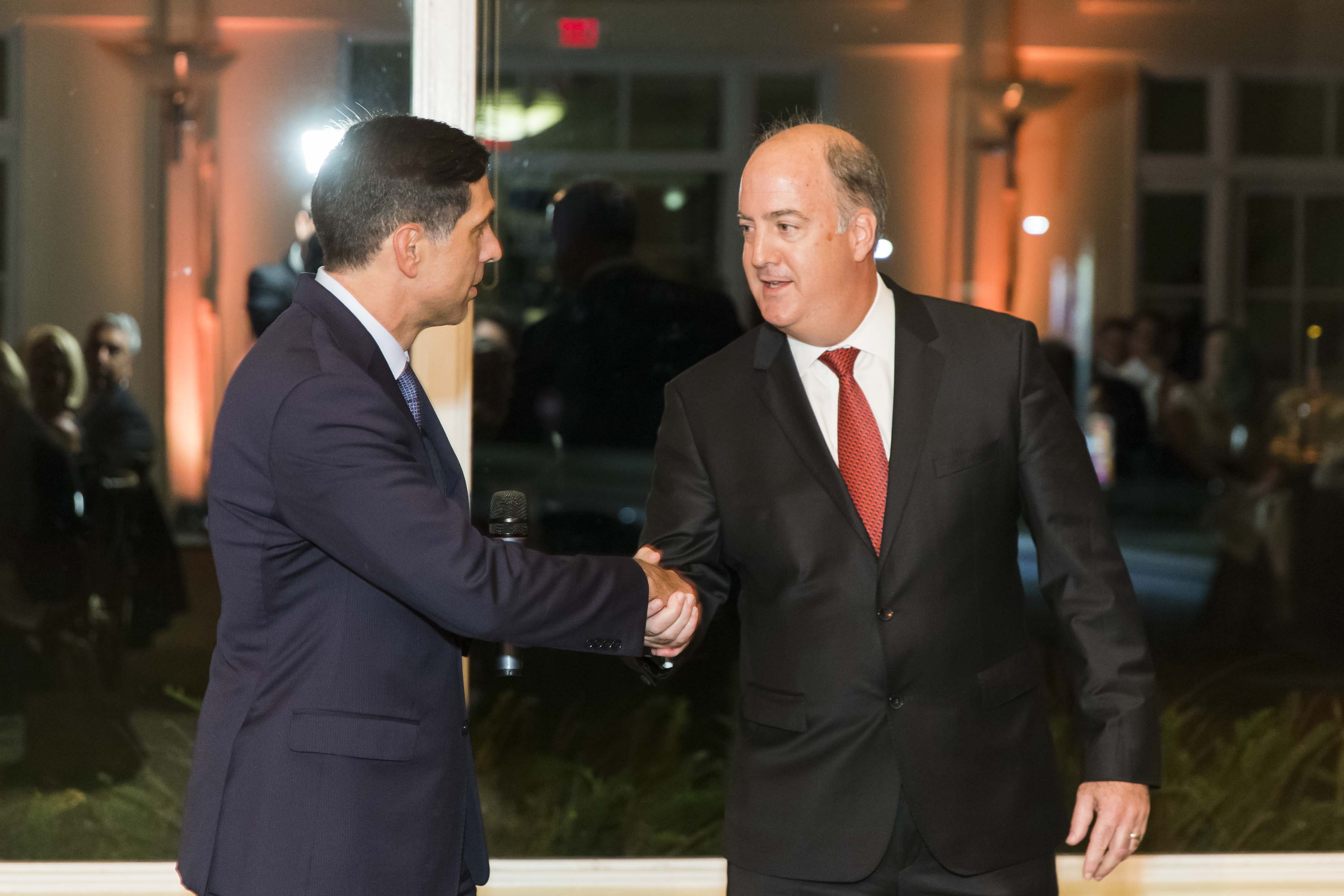 We know you’ve been waiting to find out when and where Shreve & Co., San Francisco’s preferred jeweler for 163 years, will open its new, permanent flagship store following its move to a transitional location at 117 Post Street this summer. We’ve got all the details for you, along with a Q&A with Lane Schiffman, co-owner of Shreve & Co., and Larry Pettinelli, President of Patek Philippe US. The two were recently in San Francisco to announce the plans for Shreve & Co.’s magnificent and spacious new store, located at 150 Post Street and expected to open Sept. 1, 2016 with an expanded collection including timepieces from the world-renowned watchmaker Patek Philippe. We sat down to chat with the duo before heading to an exclusive, private dinner Schiffman and Pettinelli hosted at the Golden Gate Club for approximately 80 Patek Philippe enthusiasts who were treated to an exclusive look at the dazzling 2015 Patek Philippe Basel collection of timepieces and renderings for Shreve & Co.’s new Union Square store.

Lane, can you give us some insight into the new boutique?

LS: Throughout our facility we’re going to have a higher level of service on site than we had before because we never had room for that. We’re going to have an entire second floor and rooms dedicated to bridal and diamond engagement rings. We’re going to have an entire floor dedicated to fashion jewelry. Mikimoto, which is the finest in cultured pearls, will have a magnificent boutique. We’ll have an event facility in the back right corner, which is designed so that we can host our clients to a beautiful lunch and maybe have a fireside chat with Larry Pettinelli or Haute Living (publisher Seth Semilof). The new store is designed to have this big, beautiful sweeping staircase and big features in the front to bring that aura of excellence, that luxury feel–and everybody will hopefully say, gosh I need to check out what’s upstairs. Right through that you immediately see Rolex and Patek and the entire fine watch department is through the back. In the back there’s a special, almost secret VIP lounge or salon with private selling rooms. It’s a very deep store. Its 6,800 square feet downstairs and a little bit over 5,000 square feet upstairs of showroom. 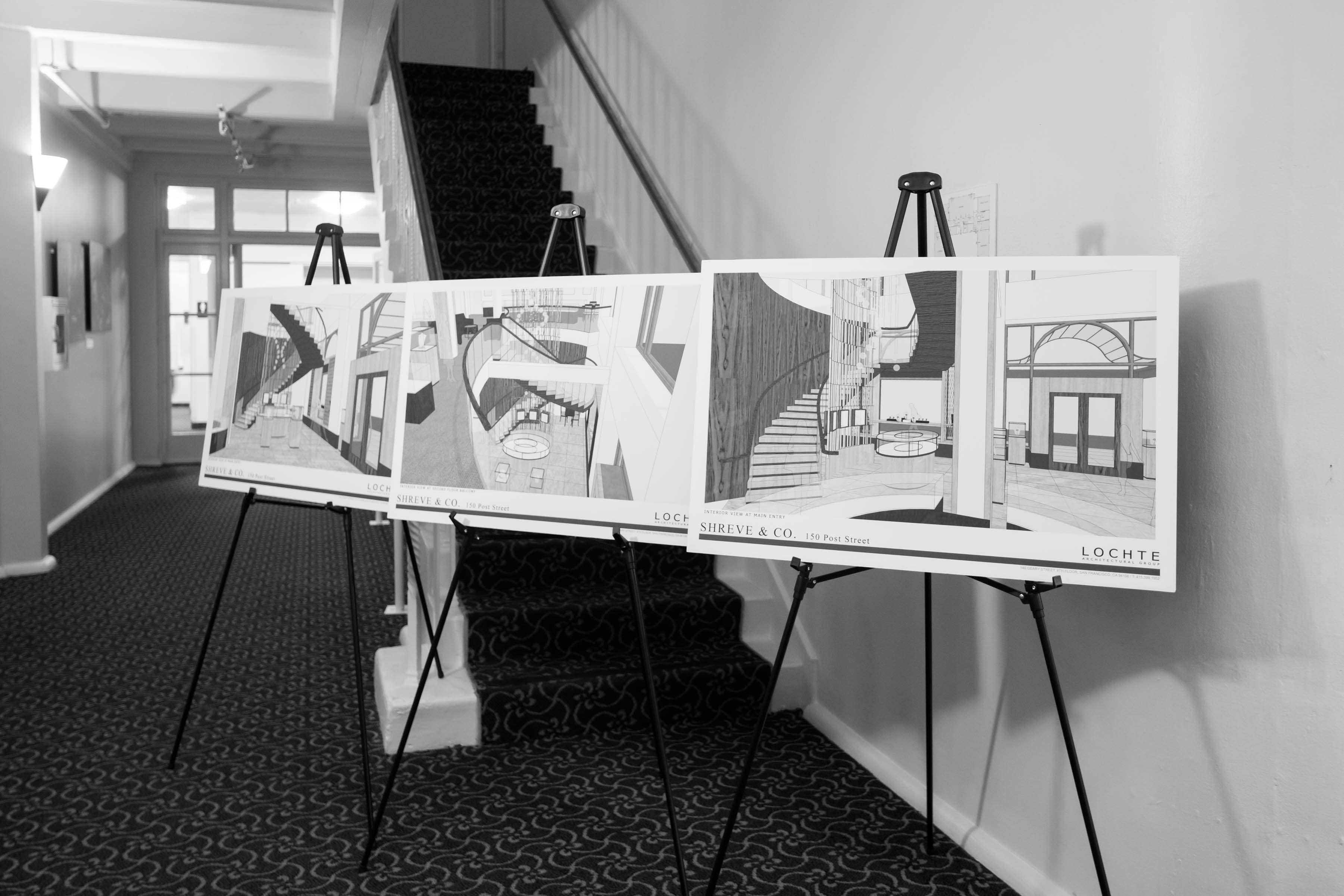 Larry, how will the Patek Philippe shop in Shreve be set up?

LP: Just like most brands, when you (go) around the world, you want a consistent message. Depending on how much space we have to play with, there are a lot of elements that are very similar. So if you’re in Hong Kong or Dubai, you know it’s a Patek Philippe boutique. Obviously Lane has been generous enough to give us a very healthy space, probably as much or a little more than we have now. We’ll have museum vitrines. We’ll have some sit-down areas. It will be more of an area where you can explore Patek. It’s not just a sales counter. We talk all of the time about when people buy something at this level, whether it’s a big diamond, it’s about celebrating a kind of an event usually. You want to have an environment that makes it an event and makes it memorable.

Larry, how are Patek Philippe sales in the U.S.?

LP: They’re good. I wish we could get more watches. Every year Geneva asks us “Well, how many pieces would you really want?” We go through a painstaking account by account breakdown of how many could Lane sell in Shreves, how much in Portland. We come up with a number. I say to Mr. Stern, “We could really sell this many the right way, without pressing, without opening new doors.” We opened our first new door in 10 years this year. We say we need this many pieces. Mr. Stern says, “That’s really great. We’re going to give you this many.” We dole out an allocation to each door. 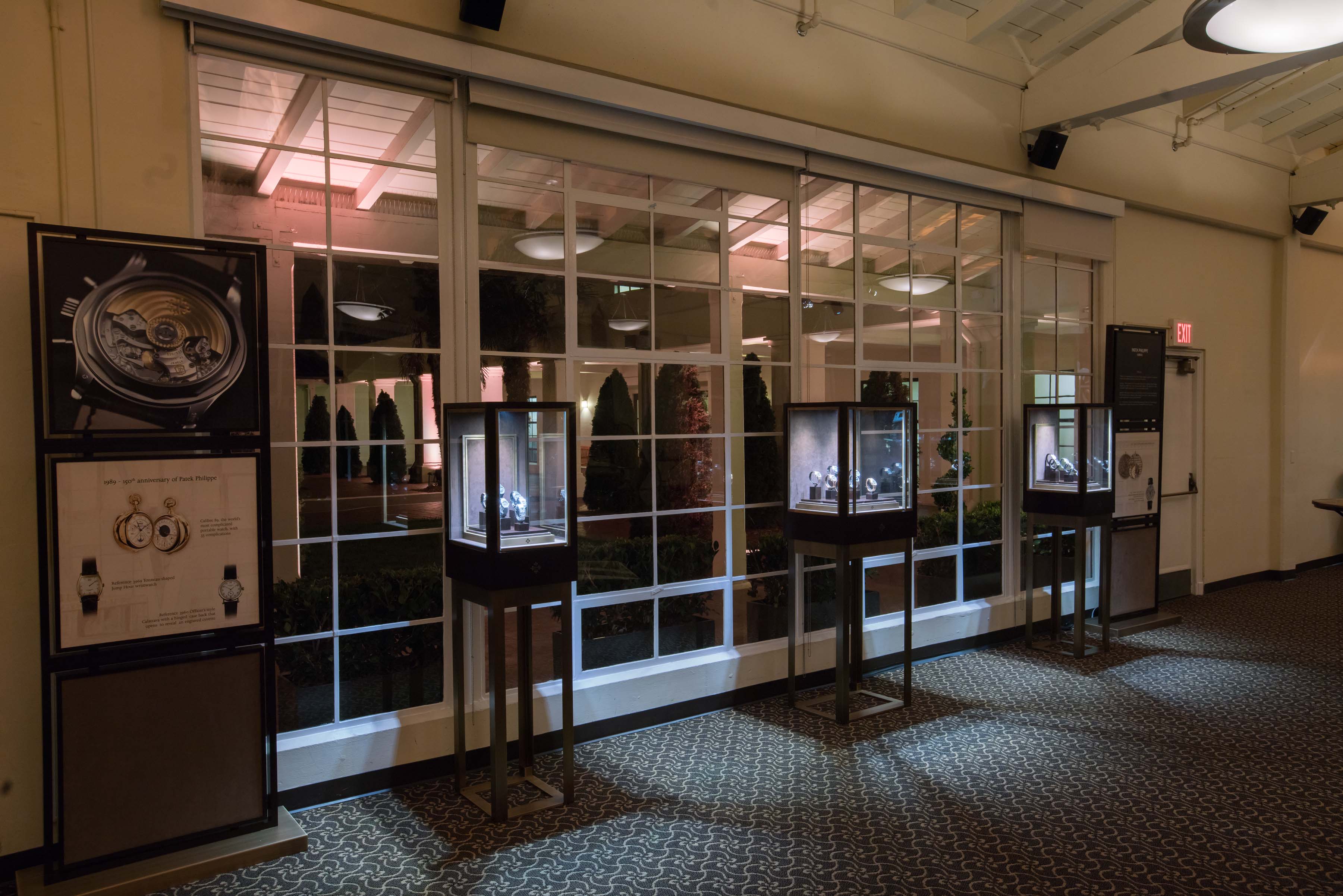 Lane, tell us about the relationship with Patek Philippe.

LS: When we found out we would be moving, it was the first phone call that we made. That tells you how important we think it is. We think it lines up with our DNA as the most ideal brand we can carry—Rolex as well are the two that I would never want to open up a store without. But Patek really has more of the higher echelon of craft. We see Shreve as the full range: the finest jewelry, finest watchmakers and the finest craftsmen in the world are purveyed in this one, beautiful store. We want to have the best there is in diamonds. We want to have the best there is in watches. That’s easy, Patek Philippe is right there at the top. We want to have the most luxurious fine jewelers from all over the world, which we also try to carry as well…Patek is a great draw for us too. We have certain level of clientele that would maybe think about walking in and gracing our doors because we do handle such a beautiful brand; we also try to cultivate them as a jewelry client and a service client. 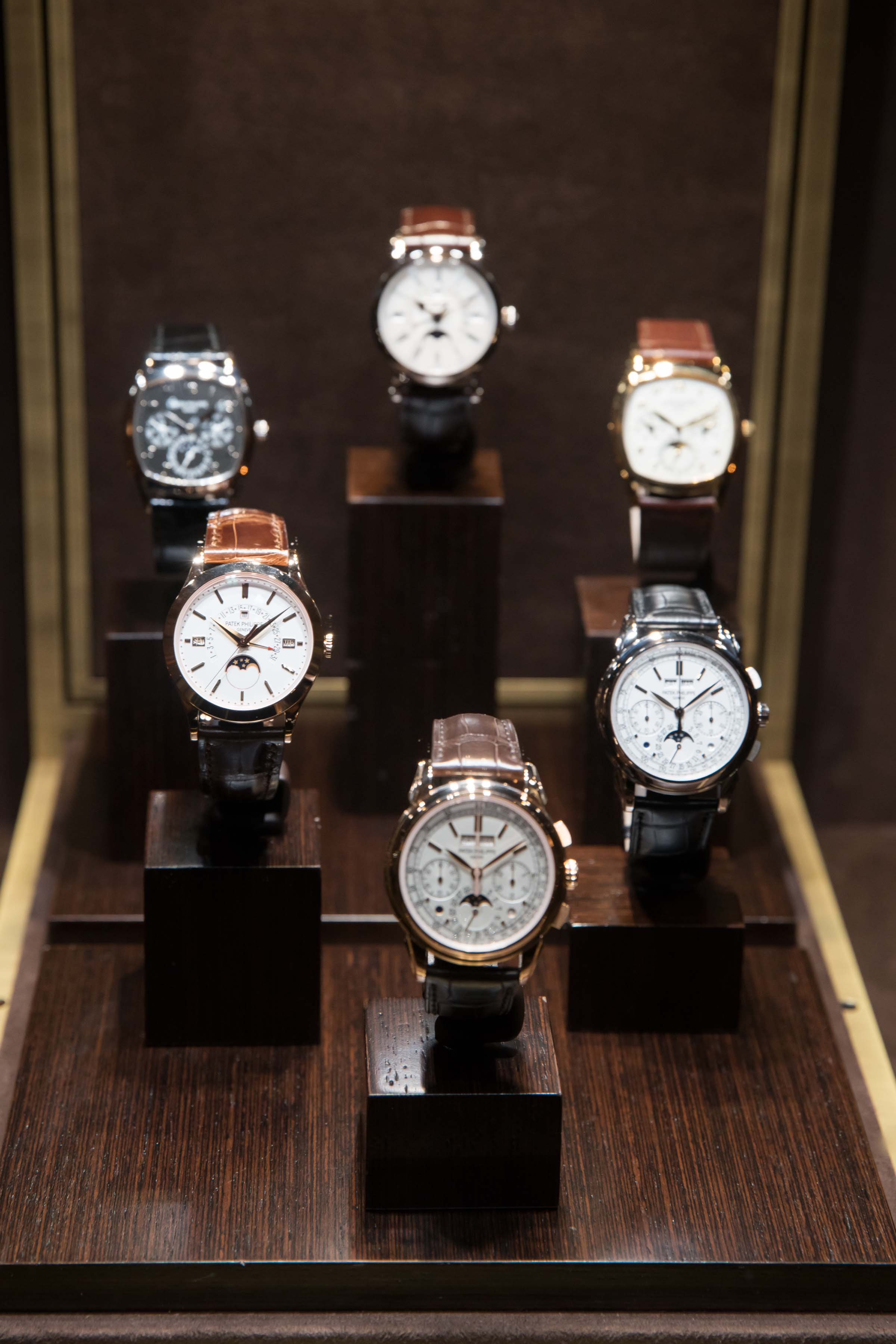 Larry, tell us about the Patek Philippe client.

LP: It’s rare that somebody wakes up one day and says, “I have enough money, and I want a Patek.” You really have to have people who understand the culture and who understand artisanship and the hand finishing that’s involved because the watches are $50,000, $100,000. There has to be a reason that it’s that much. When you have people who understand it and have been involved with it for three, four, five generations, you don’t have to sell you just kind of educate. Eventually when people, maybe they can’t afford it right now, but if they are into watches eventually they buy their engagement ring from Lane and then eventually Lane says, “You have to see this watch, it’s an amazing product and here’s why.” Eventually, if they’re into watches, they end up with Patek. The more they know about watches, we always hope that eventually they find us. But it comes down to people who can talk about it and who are knowledgeable. Our collector base—the new people are a different story—but our collector base is super knowledgeable. They know everything about every movement. It’s a strange scenario but you need real dedicated families who are thinking 20 years down the road. 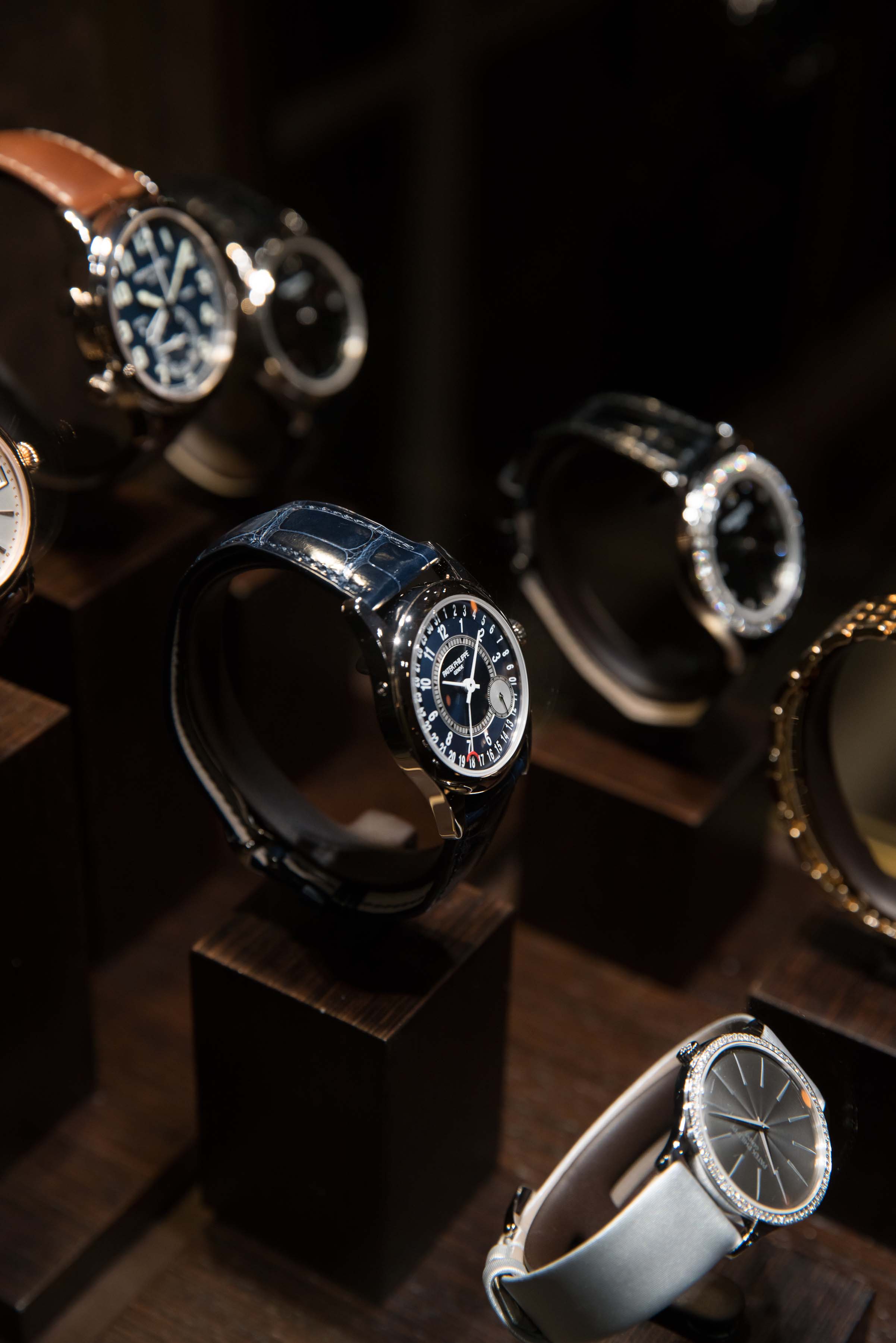 How are the new buyers different and who are they?

LS: It’s wonderfully diverse now in a totally different manner. Through the last 30 years of being around we (sold) a lot more Patek Philippes to just CEOs. It was really like the CEO watch. They kept it nice and sort of quiet. Now you’re seeing the strength of the tech boom and the strength of these younger very affluent people that see value. They’re very well-educated and the better they’re educated the more they’re interested in the unique, high-level craftsmanship that really only Patek Philippe does at every level. We sell a lot of beautiful timepieces, and they may start off with other watches—but they always aspire to finally get to own a Patek Philippe. We’re pretty amazed to see some young guys walk in; it’s doable for them now. This is where they want to put their money. Maybe they don’t put it in big houses. They’d rather put it in something they can wear, something they can share with their friends wherever they go. They’re hard-working, moving and almost hard to keep up with people that are going all over the world. They love to travel. They love to experience. They’re also very tech savvy. They seem to love the craftsmanship of mechanical hundred-year-old technology and its development.

LP: We were talking about how ironic that really is. The super techie, maybe they work in Silicon Valley. They are some of the most passionate guys for this old technology. You’re talking about a living, breathing kind of (product) instead of a throw-away kind of product, which is what goes on nowadays–not just with watches but in society. When these guys can work all day on a high-tech piece that is going to be obsolete in six months and you have to do an upgrade—they are actually looking for something with lasting value. 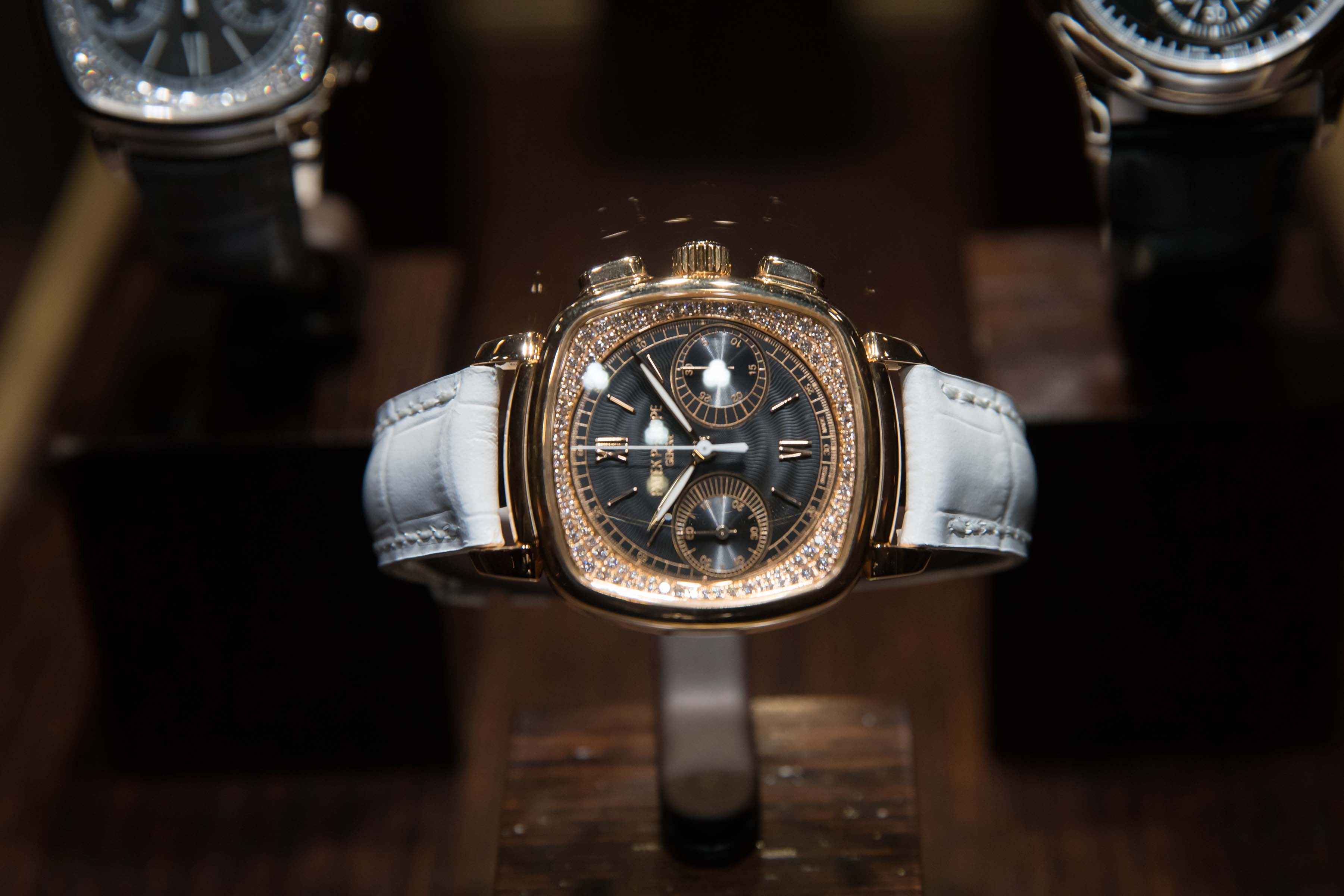 Patek Phillippe suggests that “You never really own a Patek Philippe. You merely look after it for the next generation.” Larry, which Patek Philippe do you think you will be passing down?

LP: My girls have already said, ‘You know dad, that’s kind of a small case. It’s kind of a woman’s watch, isn’t it?” I don’t know if they’re trying to shame me into it or just say, “Hey look, I’d really be interested in wearing that.” I have a 16-year-old and an 8-year-old. The 8-year-old doesn’t have an interest at this point, but the 16-year-old is starting to think, at some point. I want them to appreciate what it is. They’re not going to get a watch just because they graduated from college or just because they do something. They need to understand what it really is about. They need to appreciate it and they need to earn their own money and put down their own hard-earned money for it. That’s the message I would like to give to my kids because you appreciate it so much more. We don’t have celebrity endorsers. We don’t put watches on people’s wrists just to have them out there in the world. When you see a celebrity wearing one, it’s because they appreciate it.