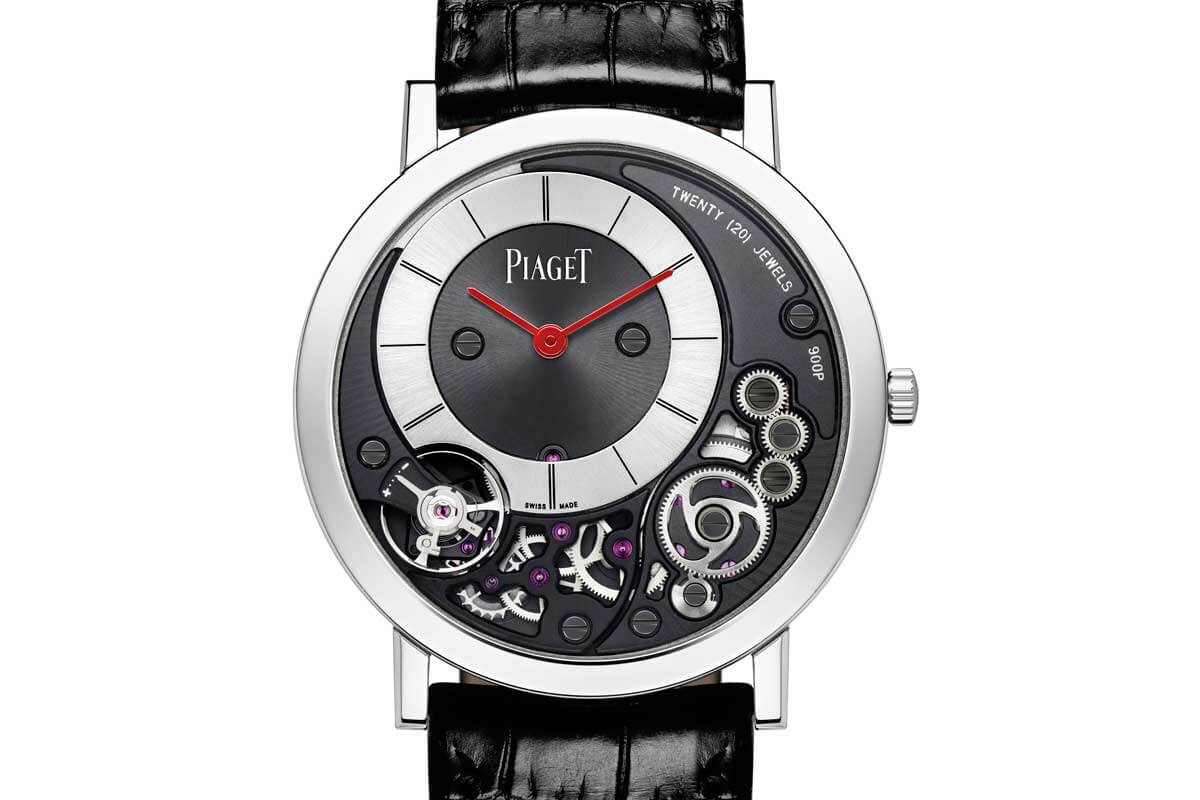 Ultra Thin might not be an official complication, however it is coveted among collectors, not only for its beauty and comfort. Making ultra thin movement and an encasing that is of the same nature, is also extremely difficult. Just image a wrist watch that is as thin as 3.65 mm. In total. That is approximately as thick as the steel (or gold) bracelet of the diver watch that you use for desk diving. Within the height of 3.65 mm Piaget fits the movement, the case, the crystal and everything is rigid enough to be worn on the wrist, and to indicate the time precisely; well as precise as a mechanical wrist watch can. Let’s have a look at the impressive Piaget Altiplano 900P pièce unique for Only Watch 2015.

When you think of it this way, “ultra thin” is certainly a complication. It requires very specific skills, knowledge and craftsmanship, and ultra thin movements are (especially these days) more rare than tourbillons. Hundred and forty-five (145) components are within the space of 3.65 mm in height and 38 mm in diameter, and that includes the case and crystal. Piaget has been a champion of ultra thin watches, and movements. In 1957, the brand introduced the famous ultra-thin hand-wound calibre 9P, which was only 2 mm thick. In 1960, Piaget launched the Calibre 12P, the world’s thinnest self-winding movement, which measured just 2.3 mm thick. With the Altiplano 900P (introduced late 2013) they set a new world record for thinnest wrist watch, and well, as you can see it is very thin.

Some components are barely thicker than a hair’s breadth and some wheels measure a mere 0.12 mm thin. In a ‘normal’ movement, a comparable wheel would be almost 70% thicker, at 0.20 mm. Besides that this is extremely good, it is a watch that wears extremely comfortable. You’ll hardly feel it’s on your wrist and while I understand that you sometimes really want to feel the watch you’re wearing, I do also love the feeling of an extremely light and super comfortable wrist watch like the Piaget Altiplano. 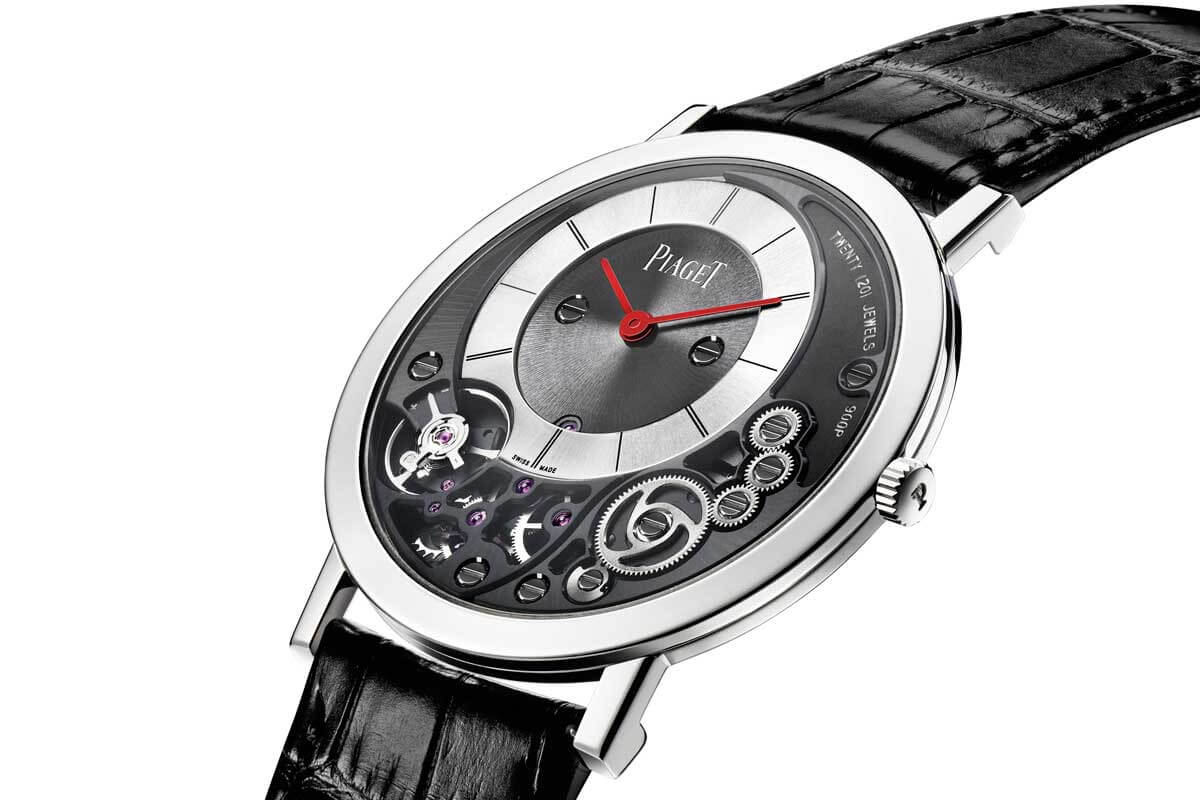 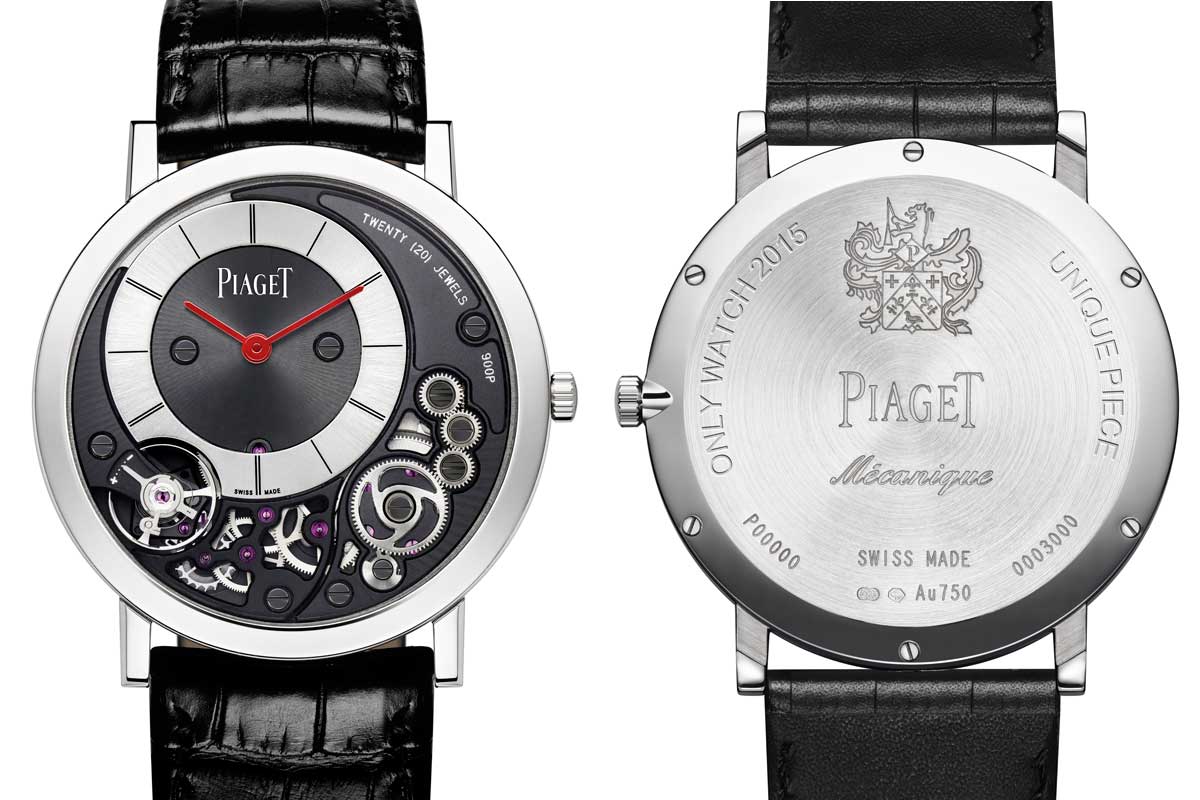