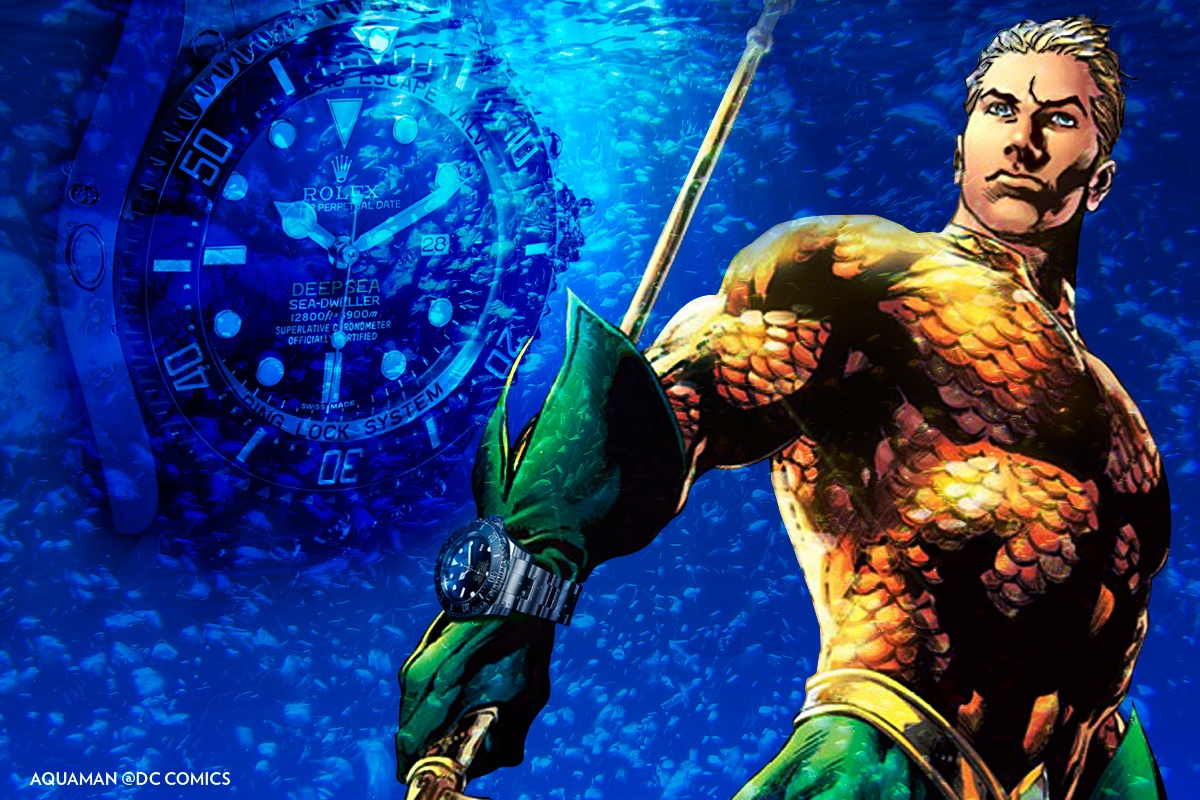 Earlier this week, film director Zack Snyder released the first picture of Jason Momoa as Aquaman in the upcoming film Batman vs Superman. And against all odds, the under water superhero looked surprisingly cool!

Therefore, we thought we’d pair Aquaman with another positive surprise. Released during Baselworld 2014, the very special Rolex DeepSea D-Blue was produced to celebrate the partnership between Rolex and James Cameron on the occasion of his record breaking 35,787-foot solo dive.

When it was first announced, the collaboration caught many off-guard, for Rolex does not venture far away from its comfort zone. In fact, the Swiss watch brand most definitely doesn’t like to dive into the deep-end without having explored the waters first.

However, Rolex has a record – and a great one – when it comes to diving instruments, and the D-Blue was build on solid ground as the latest interpretation unique iphone accessories the brand’s Deepsea, the most accomplished diving wrist watch some would say.

Although a little odd, the D-Blue struck a chord with Rolex enthusiasts because of its fantastic ocean blue degraded dial. Otherwise, the D-Blue showcases the exceptional cell phone accessories store strength and waterproof capabilities of the Rolex DeepSea Ref 116660.

The Rolex DeepSea D-Blue was a smash-hit when it was released, and it’s looking as though Jason Momoa’s Aquaman is set for a similar fate. Only time will tell though.