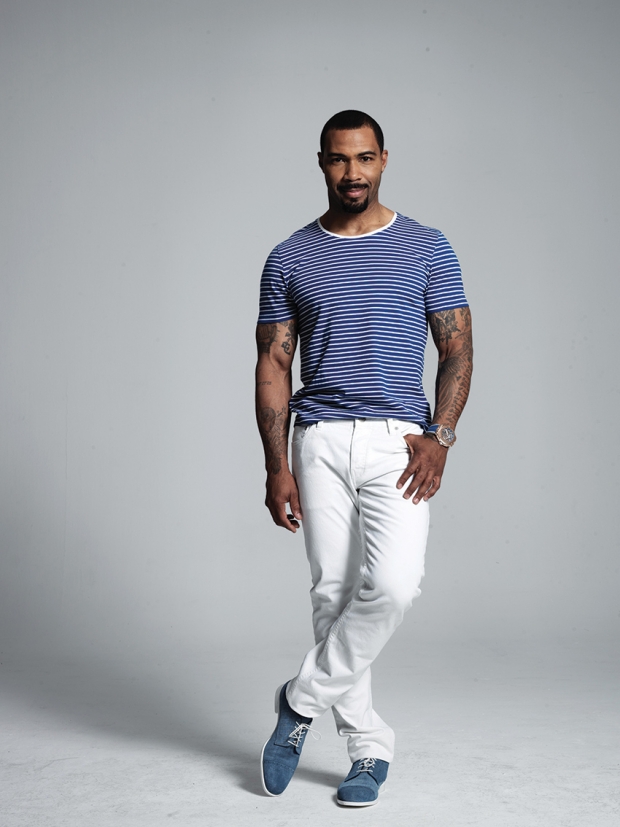 Where are you from?
I’m from Atlanta, GA.

Who do you play in the show Power?
I play the character James “Ghost” St. Patrick, a drug-dealing kingpin by day who, by night, is an entrepreneur of the nightclub world. He is really three characters in one: Ghost, Jaime and James. A husband and father as well.

What’s next for you besides Power?
We will see what’s next for me. I am working on several opportunities, including three or so films I am currently producing.

Where are you from?
I am from Norwood Park in Chicago, Illinois.

Who do you play in the show Power?
Tommy is a hustler.  He’s business partners with Ghost, who he considers a brother.  He is explosive and powerful but also loyal to his friends and the streets.

What was your favorite scene from season two?
One of my favorite scenes was shot on my last day of filming. Omari and I were on a pier in Long Island City in Queens, looking over at Manhattan. I got to see the city through Tommy’s eyes and understand what New York meant to him. It was almost an out of body experience.  Those moments are when acting becomes magic.

What’s next for you besides Power?
Promoting the show and looking for more work!

Where are you from?
I’m from Brooklyn, NY, but I went to high school in New Jersey and Atlanta, GA.

Who do you play in the show Power?
My character is LaKeisha Grant. She is Tasha St. Patrick’s best friend on the show and she’s fascinated by the life Tasha is living, but slowly finds out it comes with a price.

What was your favorite scene from season two?
The writers really turned up the heat this season. There are so many surprises and so many intense moments, that I could never choose just one!

What’s next for you besides Power?
My second book, The Power Playbook comes out on May 5th. I also have a makeup line called Motives for La La and my clothing line 5th & Mercer. I’m also producing a few shows with my production company, Krossover Productions.

Where are you from?
I was born and raised in East Orange, New Jersey. I’m a proud Jersey girl!

Who do you play in the show Power?
I play the very strong and fierce character Tasha St. Patrick. She is the wife of Ghost, who is split between two worlds: the drug world and the legit club world. Tasha is a ride or die wife who will fight for her family no matter what it takes!

What was your favorite scene from season two?
Wow…there were so many great moments this season.  It’s hard to choose, but one scene I love is between Joseph Sikora(who plays Tommy) and I. Tasha and Tommy are having a heated discussion about loyalty and trust within the family. Tommy is like a brother to Tasha, and the audience will get to see the ups and downs of that relationship.

What’s next for you besides Power?
Well right now, I am just so excited for the premiere of “Power” this summer. Being on a hot, successful show is such a blessing, so I just can’t wait for the world to see it!