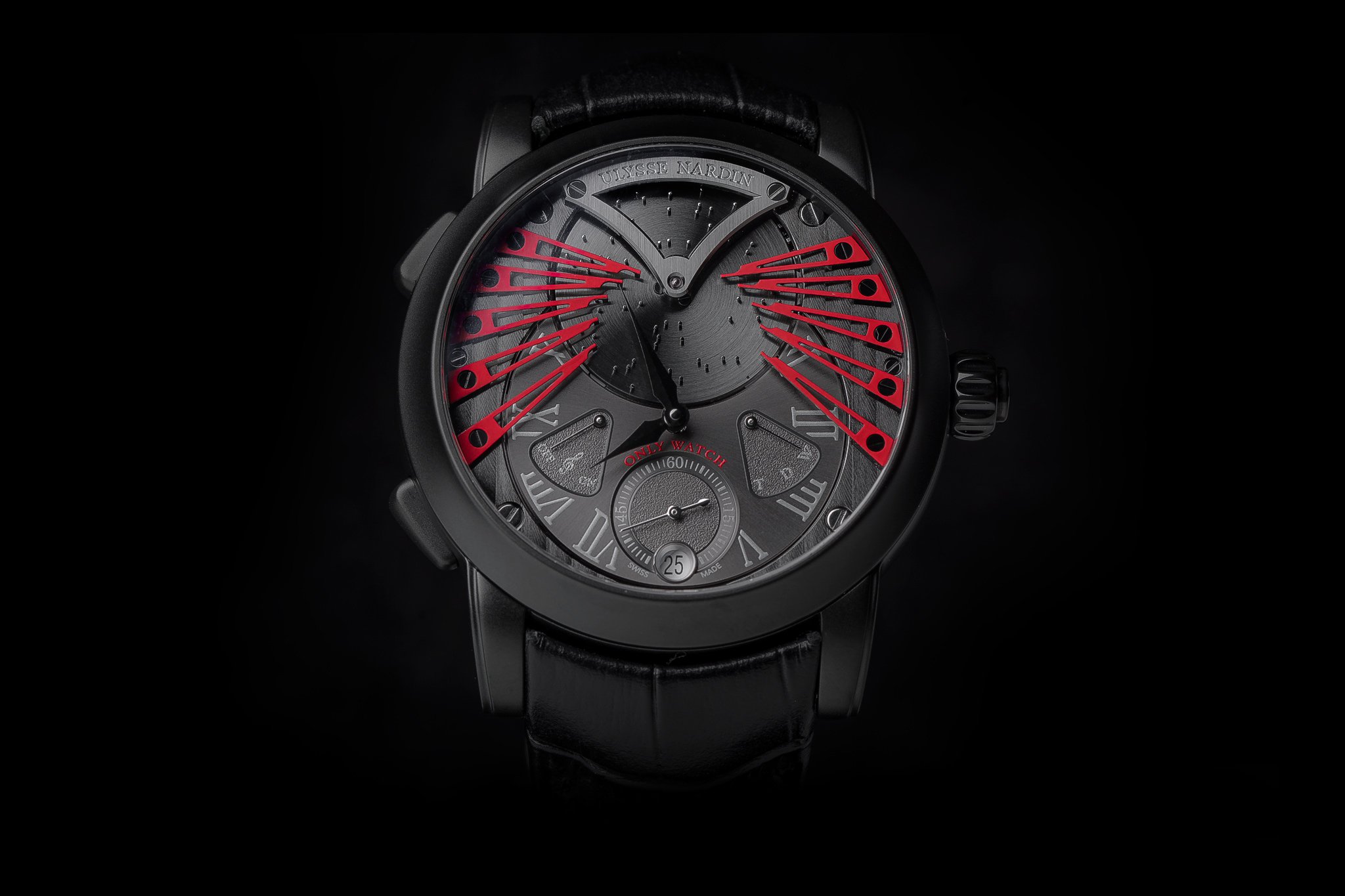 The Stranger has delighted us over the years with some beautiful melodies, including Frank Sinatra’s “Stanger in the night,’ and Vivaldi’s “Violin Concerto in E.” 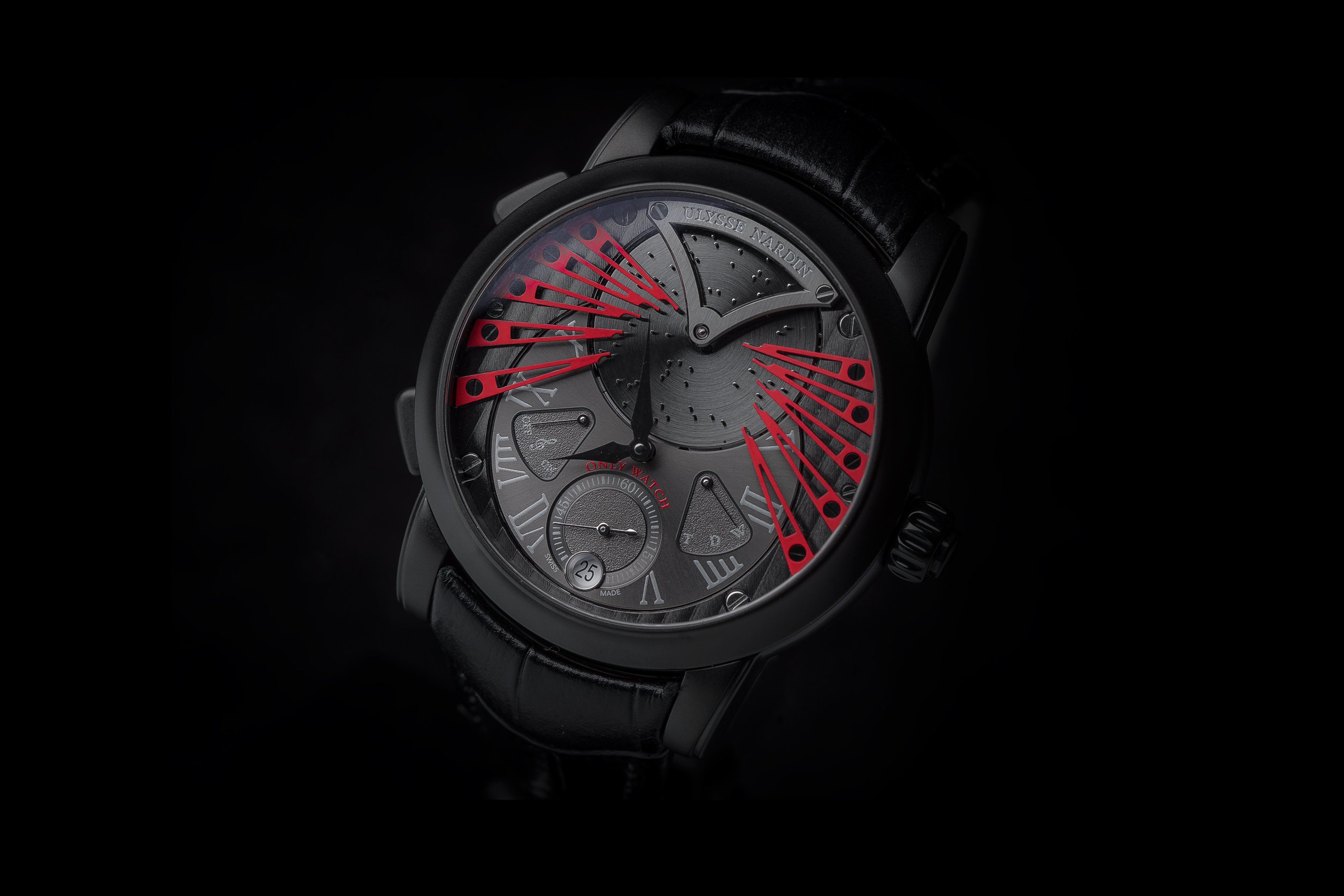 For Only Watch 2015, Ulysse Nardin has decided to march to a different tune with Queen’s “We are the Champions,” rocking inside this musical watch. “The Monaco Association against Muscular Dystrophy is led by champions for champions,” said Ulysse Nardin CEO, Patrik Hoffmann. “This motto was the inspiration for the Only Watch Ulysse Nardin Stranger timepiece.”

First introduced in 2013, the Ulysse Nardin Stranger was named after Frank Sinatra’s 1966 iconic rendition of “Strangers in the Night”, a song which the timepiece reproduced through a musical box mechanism at the top of the dial. 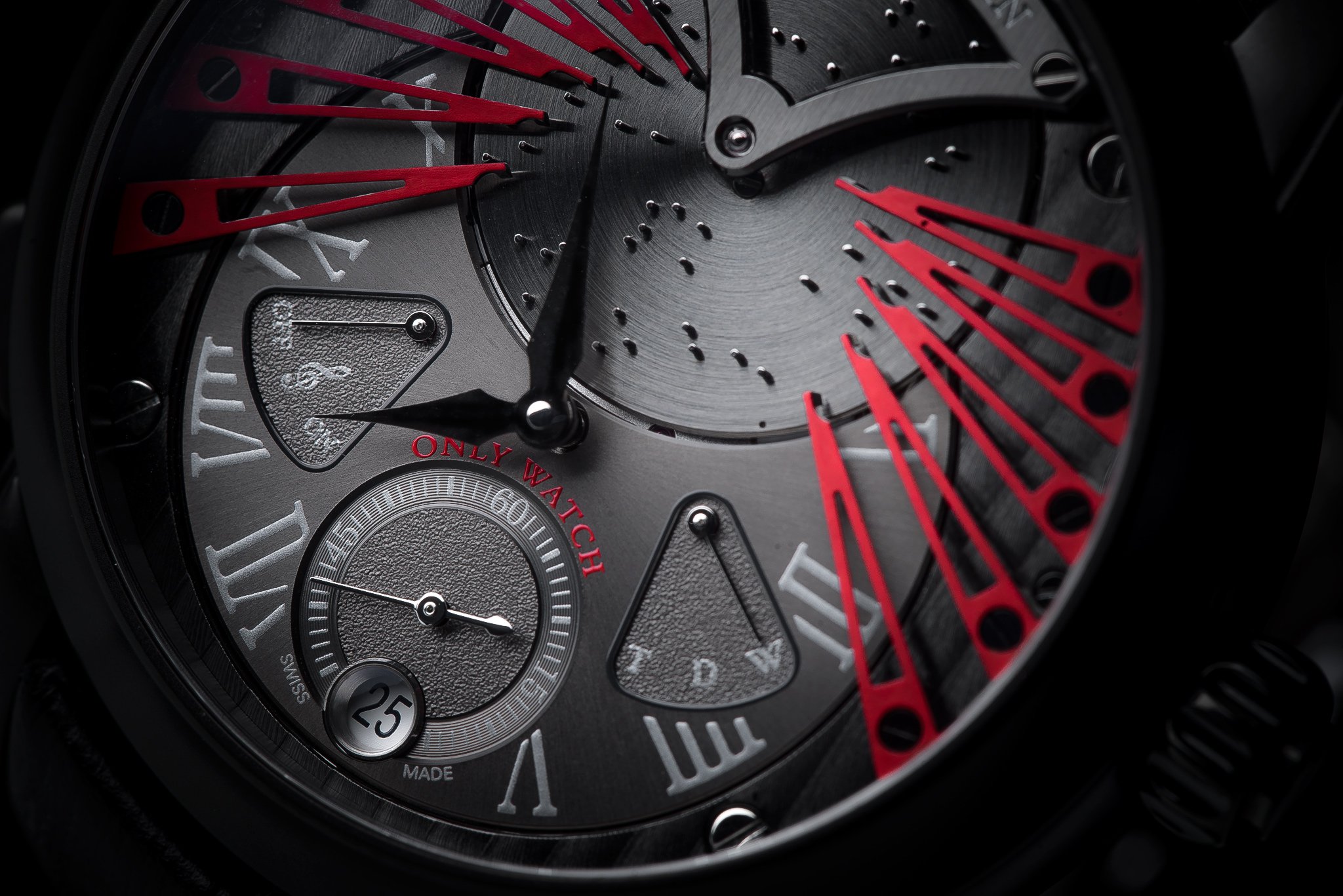 Never one to be fearful of breaking from tradition, Ulysse Nardin has decided to revisit this groundbreaking mechanical wristwatch by incorporating the fist-raising anthem from Queen, which plays on the hour, but also on request. With the musical apparatus taking up the top half of the dial, the timekeeping element features off-center, while a subdial at 6 o’clock containing the seconds and date complete the watch. 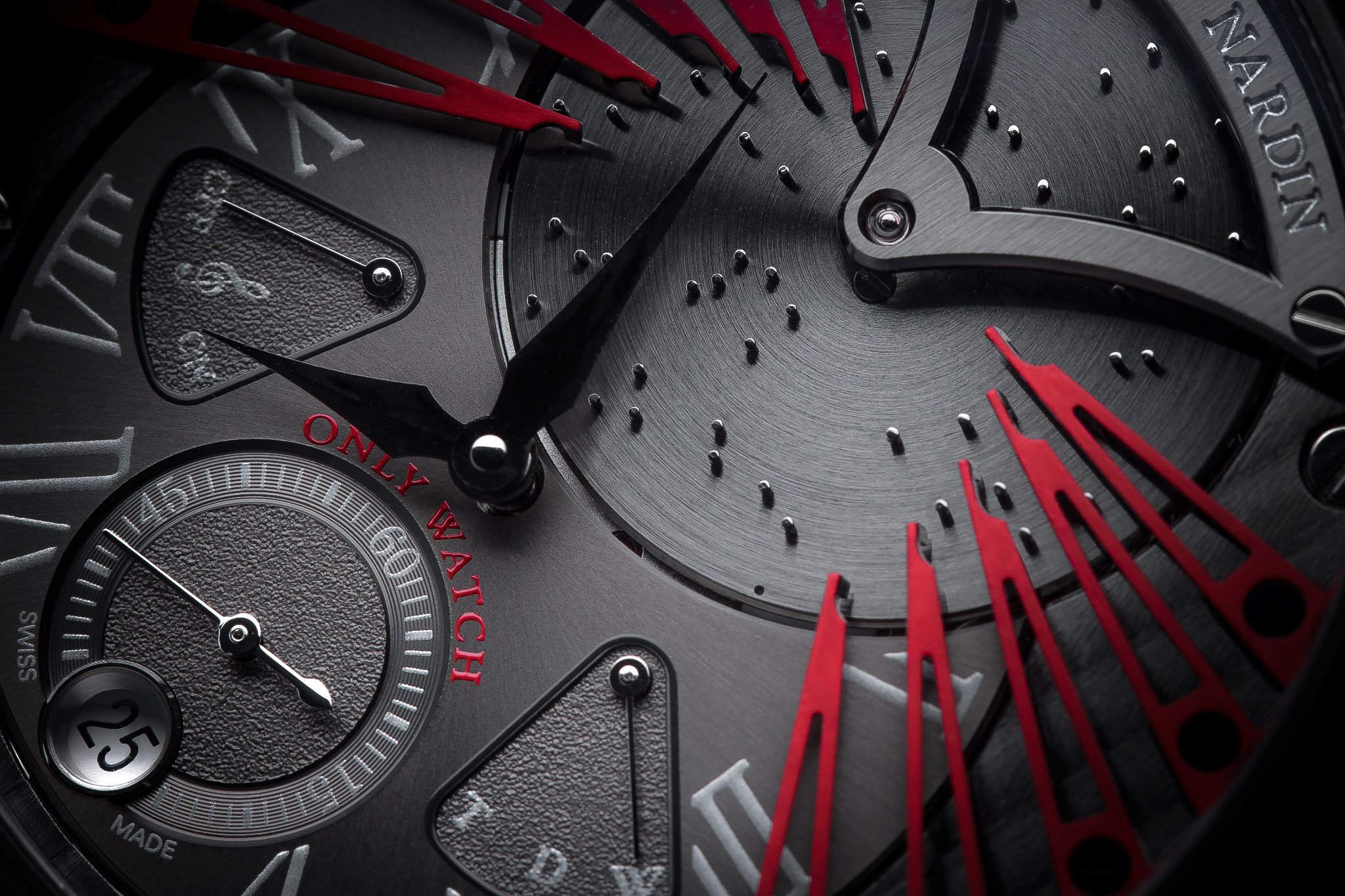 For Only Watch 2015, Ulysse Nardin introduces the watch with an anthracite dial with red “Only Watch” text and ten cherry red blades inside a 44mm titanium case. Inside, Ulysse Nardin once again turns to caliber UN-690, a self-winding movement developed and made in-house for the original Stanger and subsequent additions to that family of watches. Hidden by a solid caseback, it makes way for a unique engraving featuring the title of Queen’s most famous track. 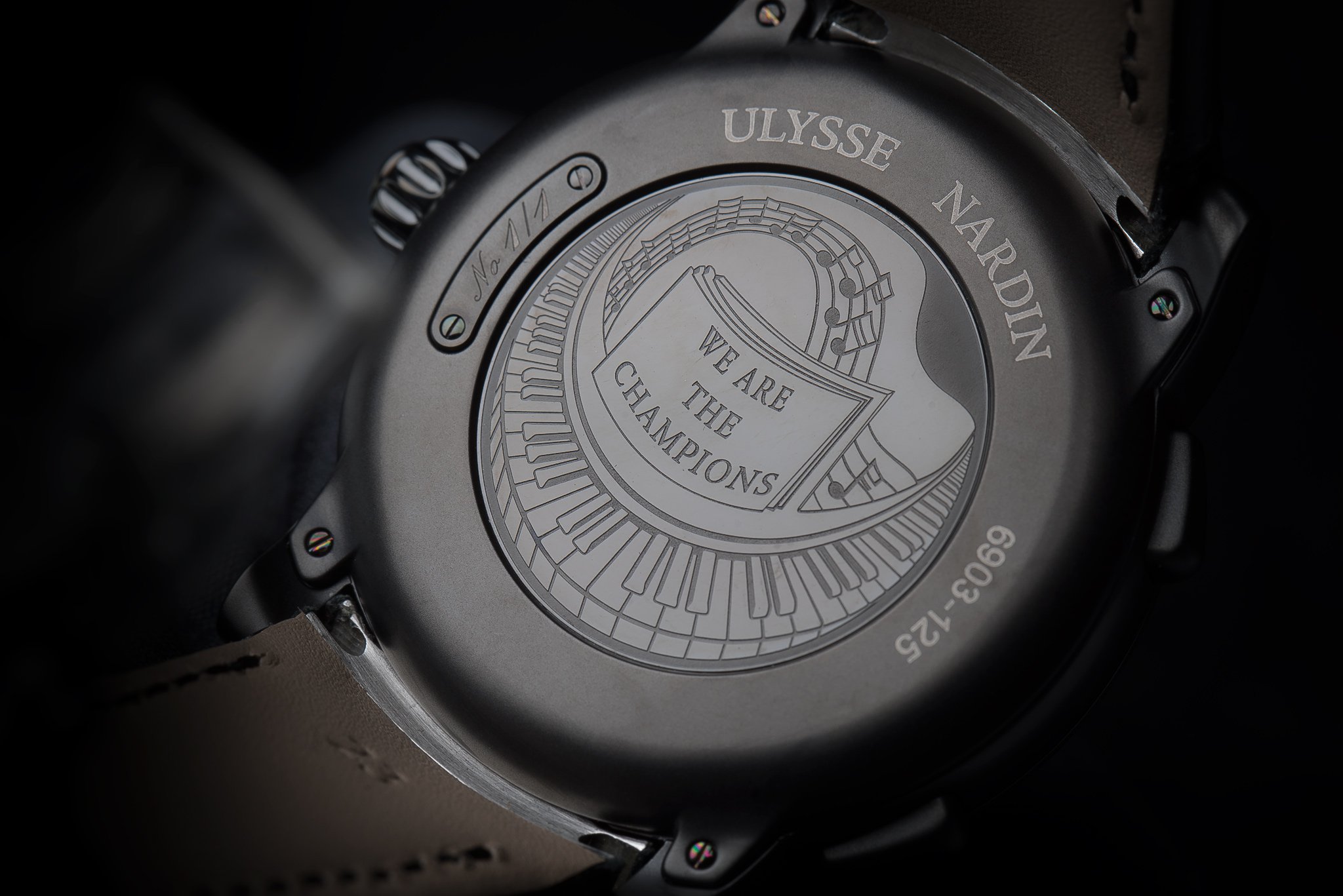 This one-of-a-kind Ulysse Nardin Stranger will be auctioned by Phillips Watches on 7 November 2015 in Geneva for Only Watch 2015, with all funds benefiting research of Duchenne Muscular Dystrophy.

Photo Credit: Haute Time. For more information, please visit the official Ulysse Nardin website. Follow Haute Time on Instagram to catch all of the new releases as they happen. 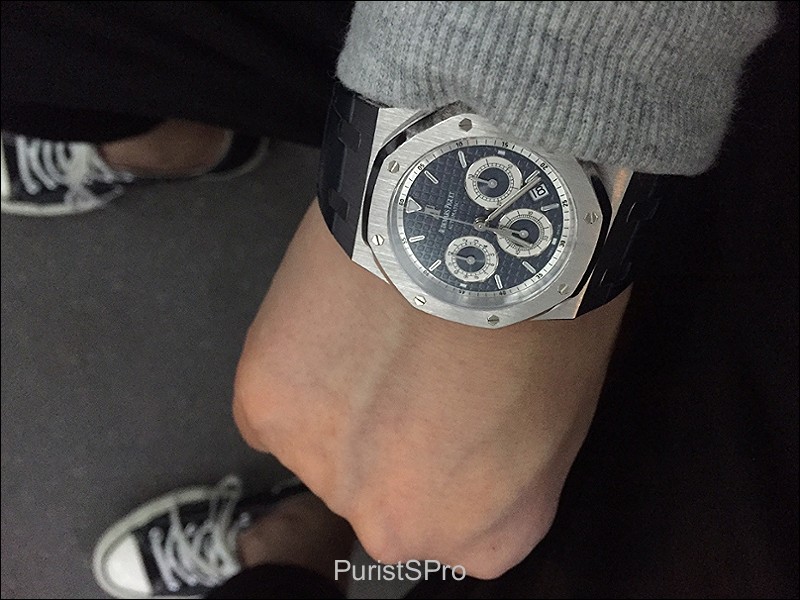