Convertible cars are always those that have a folding down top. People associate the term with wearing sunglasses, breezes that increase with a vehicle’s speed, and mid-life crisis time. Though when you think about it, the term convertible just means “changeable.” Convertible couches are ones that turn into beds for example. And convertible watches are those that turn into something else. There are dozens of convertible watch styles and types. Many of them function to change the look of the watch or dial in some way. Others provide new uses for a wrist watch – such as turning it into a pocket watch. This overview article will simply go over some of the more interesting or famous convertible watch. Most of the seriously sophisticated convertible watches are a modern phenomenon, but the concept has been around for a long time. Just think about how much the look of a watch changes when you merely change the strap. 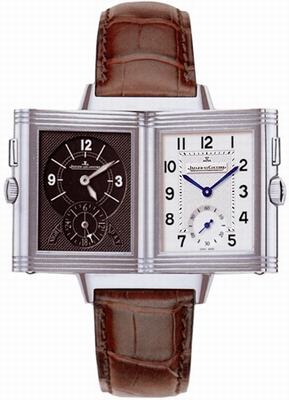 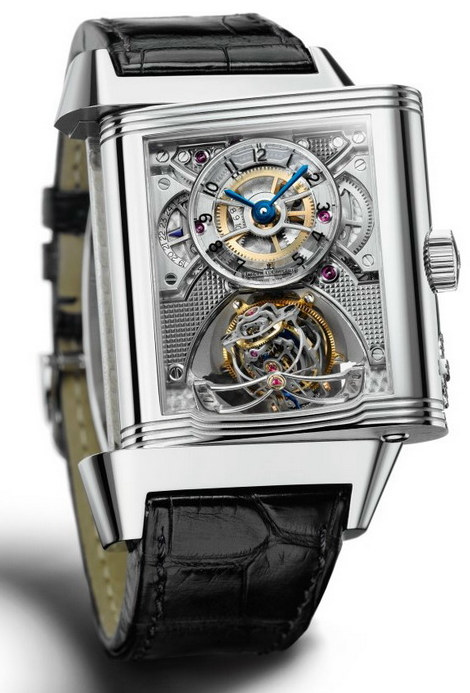 The original Reverso flipped its case around to reveal a metal side meant to protect the dial during polo matches. When the watch was adopted by Jaeger-Lecoultre as one of their signature pieces, the flipping watch started to have two faces. Sometimes flipping the piece around just gives you a nice view of the movement – making the back of the watch, the front. 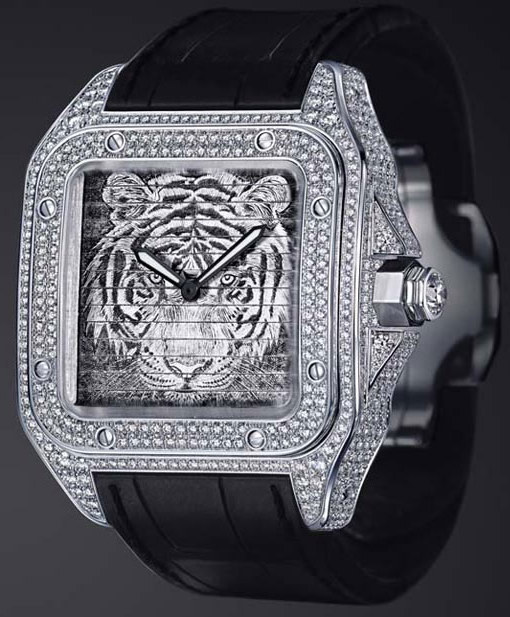 The classic Santos watch updated with rotating prism-shaped shutters gives the Cartier Santos Triple watches three different dials (and the “triple” part of the name). There are a variety of models, each with dials. The dial prisms rotating in unison upon pressing the pusher in the crown. A novel idea and an interesting addition to the highest-end Santos watches. 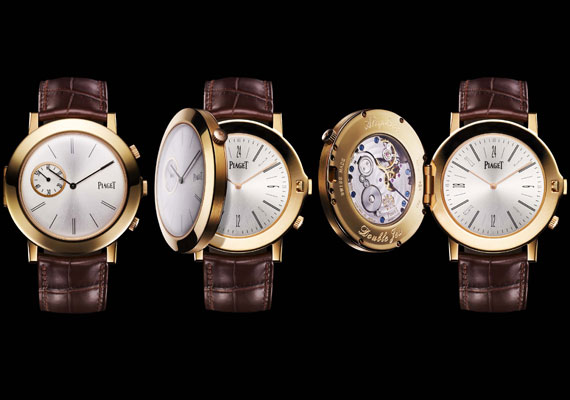 Only a quasi-convertible, Piaget is in this list twice, and deserves to be here for its mostly women’s watches that experiment with different convertible watches. Many are actually convertible bracelets, with a “hidden” watch face. The Piaget Altiplano Double Jeu 43mm has a hidden watch face, under a watch face. The transformation is in the watch going from single time, to double time. This is one of several such pieces from Piaget. 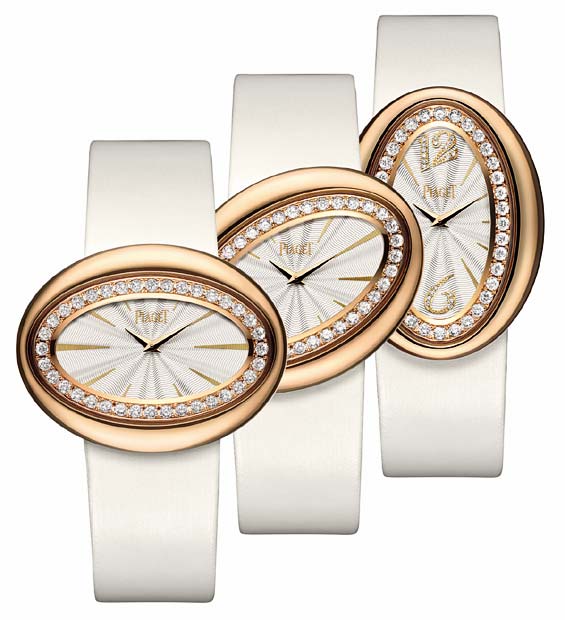 There is arguably more variety in convertible women’s Piaget watches as opposed to their men’s models. A very clever timepiece is the Magic Hour. A simple pivoting twist of the case offers three distinct styles and dials. Piaget also places the bezel diamonds under a sapphire crystal to protect them, which is represents an important focus on the longevity of the watch (an essential part of all real luxury items). 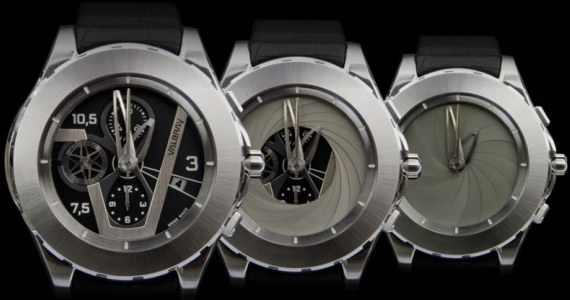 The camera shutter has been re-purposed. The last few years have seen a handful of watch that execute this concept in a variety ways. Here, a totally complete watch dial with a chronograph can be covered with a closing shutter that gives you just the time (and chronograph seconds hand) to see. The shutter is operated in a very simple way by turning the bezel. Valbray helps enhance the complex shutter but giving the V.01 (and its other watches) a technical semi-futuristic look. A totally different watch that uses the same concept to hide a GMT hand is the de GRISOGONO Fuso Quadrato Two Time Zone watch that I previously wrote about here. 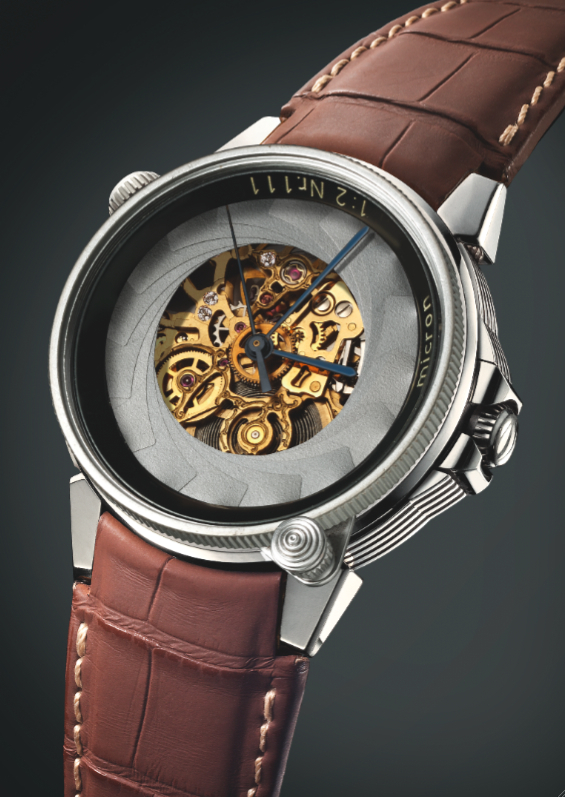 In another camera shutter style watch dial concept, Michael Bittel doubles up the idea and places it in a more classic style of watch case. At the bottom, you see a decorated skeletonized movement. Which can be covered with one adjustable steel tone shutter, with a second gold tone shutter above it. The Double Diaphragm Eclipse thus offers three separate dials and everything in between by adjusting the size of the shutter apertures. I previously wrote about the Michael Bittel Double Diaphragm Eclipse watch here. 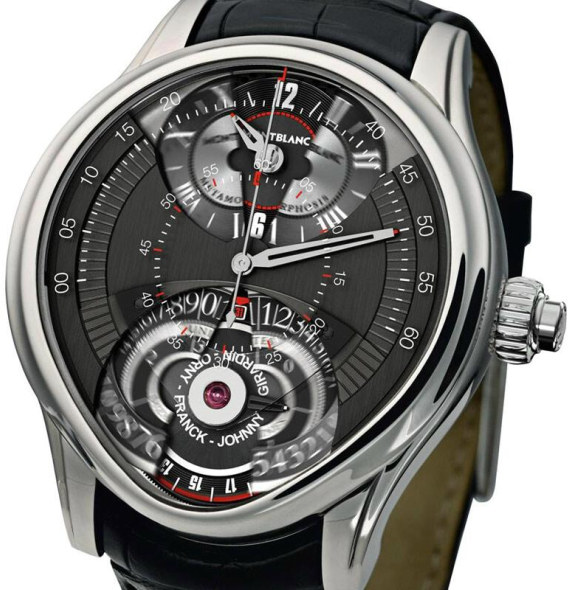 Probably the closely thing that exists to a true watch transformer, the Montblanc Timewriter 1 Metamorphosis is an ultra complex and expensive watch that not only has a dial that changes, but the functions do as well. It takes about 15 seconds for the transformation to complete, while the dial undergoes change, and you pray the watch still works when it is all said and done. Try rattling it a bit to ensure there aren’t any loose pieces after it has rearranged its mechanical innards. I previously wrote about the Montblack Timewriter 1 Metamorphosis watch here. 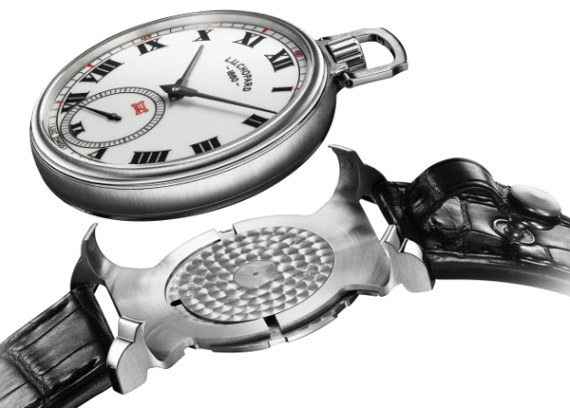 A pocket watch that you can strap to your wrist. Certainly not the first time this has been done, but an excellent use of the movable watch case concept. Chopard went to great lengths to ensure that the watch looked good as a pocket watch, or on the wrist via some clever design and engineering. 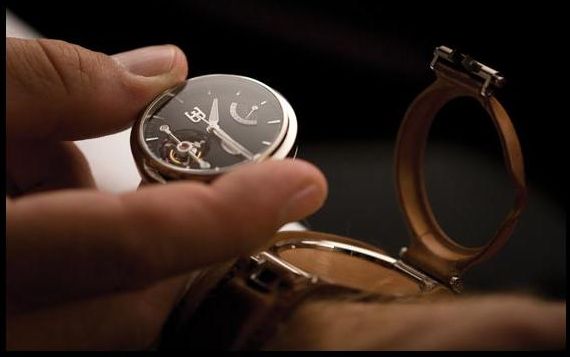 A special watch made for Bugatti Galibier 16C car is this Parmigiani Tourbillon timepiece. It is meant to be three things. A dashboard clock inside of the car, a pocket watch, and a wrist watch. The case itself can be transferred from place to place – such as this wrist strap module. I previously wrote about the Parmigiani Bugatti Tourbillon watch here. 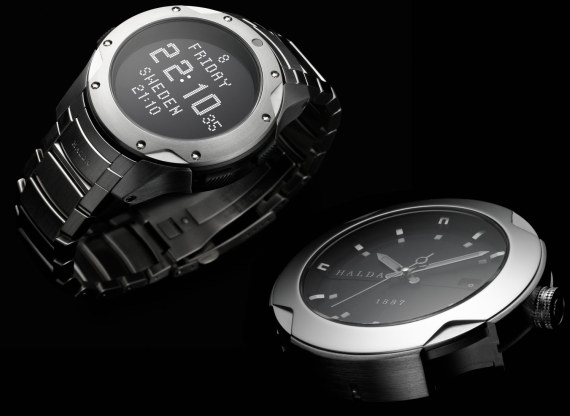 No times to discuss at length the interesting, actually tested in space, Space Discovery watch by Swedish Halda Concept. What is important here is that the watch case actually a module that can be removed, as well as flipped over. One side of the watch is a traditional high-end automatic mechanical movement, while the other side is a complex quartz based computer with the time, and a number of other functions. Here you have what some might consider the best or both worlds – The emotion of mechanical movements, and the sophisticated technology of a quartz based multi-function watch. 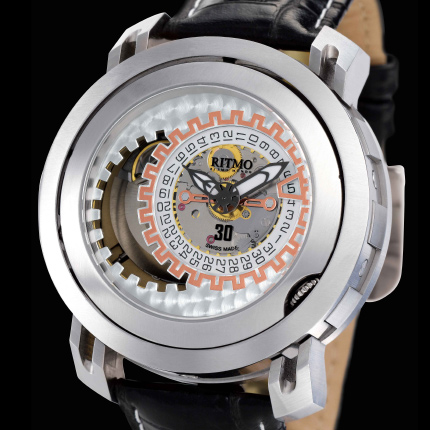 Here you have another flipping dial watch. Done just a little bit differently by Ritmo Mvndo (Mundo). The entire case is a large case and twirls around like a coin to reveal another case on the other side. An interesting concept that works nicely in this large sized watch. Though, you’d have to like at least one of the dials to make it worth it – something I can’t personally claim. 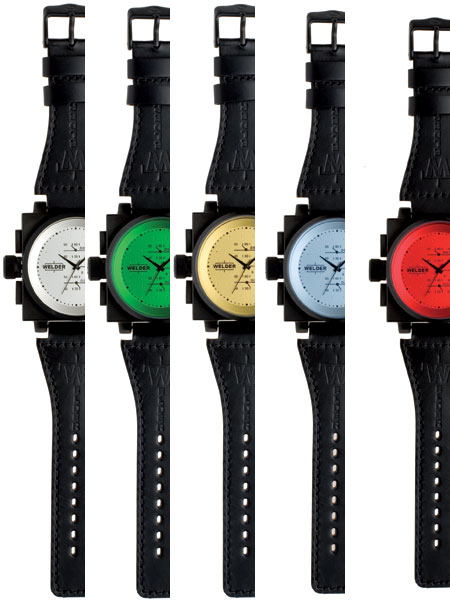 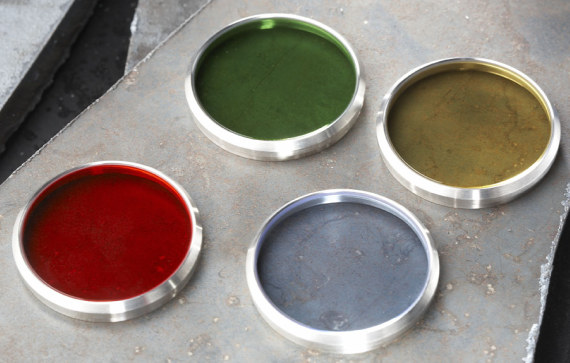 For Welder (related to U-Boat watches), the K26 watch converts to different dial colors via use of colored lenses that screw over the dial. It is an inexpensive, and actually quite effective watch of offering a watch that can entertain different looks.I previously wrote about the Welder K26 watches here. 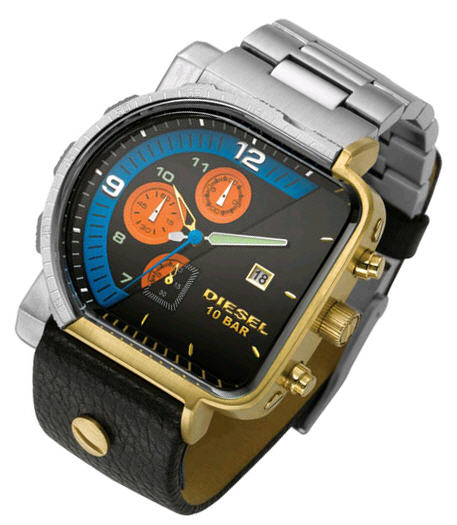 The above watches are certainly not all of the convertible watches out there, nor does my overview represent each style of transforming, or multiple personality watch. You might not like all of the watches, but they each try hard to have several types, while being just one watch at a time. On the other hand, you have this ultra hideous watch by Diesel called the Freak of Nature. This Frankenstein watch is meant to look like too totally different watches smashed together – and quite literally represents that a convertible watch should not be.