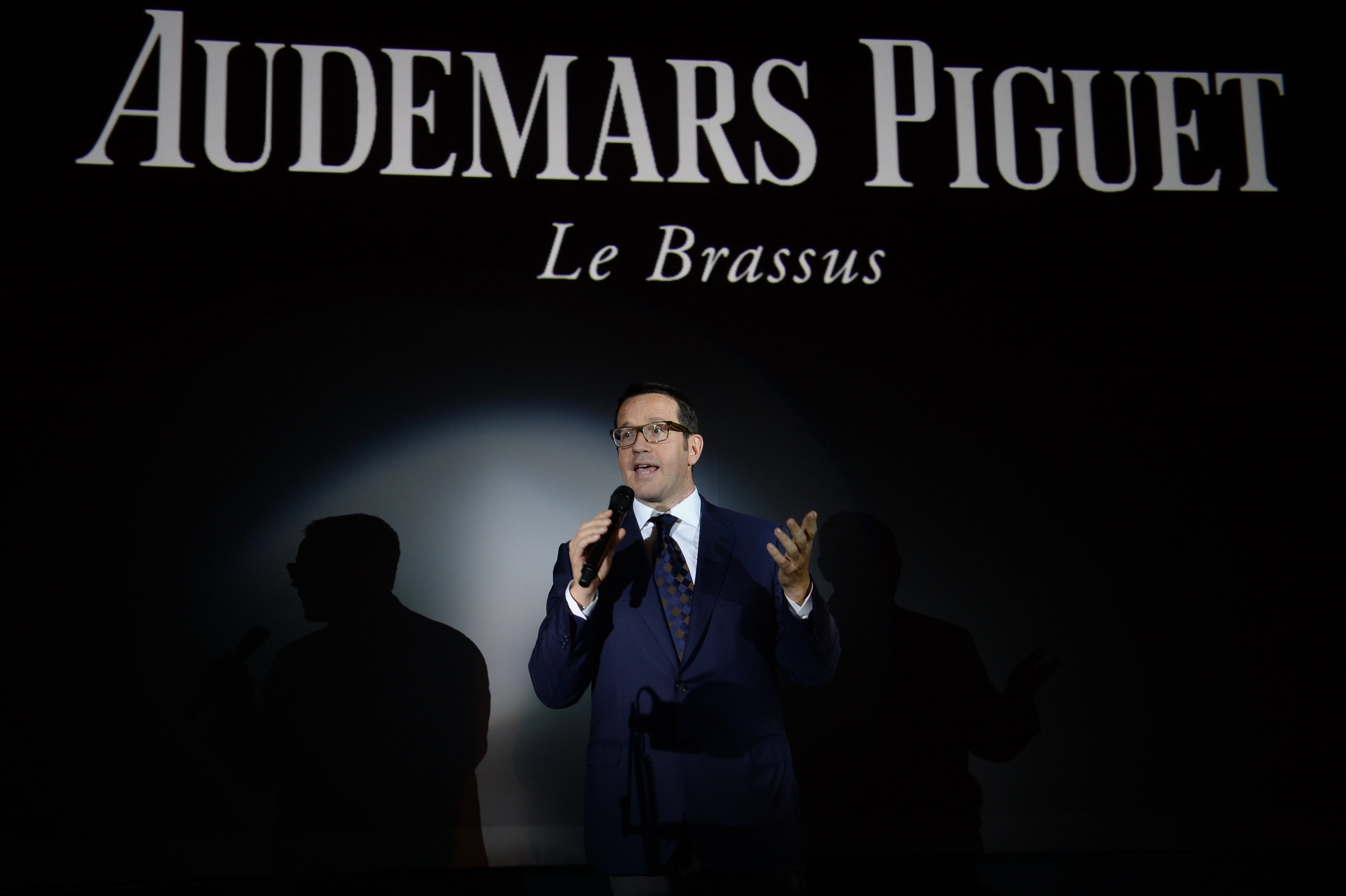 In Paris during Fashion Week for the official launch of the Lady Millenary collection first presented at the SIHH earlier this year, Audemars Piguet CEO François-Henry Bennahmias likes to associate strong and independent women as brand ambassadors. While existing ambassador tennis champion Serena Williams has just qualified for the semi-finals at Wimbledon, newly appointed ambassador, the actor and producer Freida Pinto, who joined CEO Bennahmias in Paris for the launch event this week, had just arrived from New Delhi, where she had met with Indian Prime Minister Narendra to discuss gender equality within the framework of the United Nations.

CEO Bennahmias and Pinto met at Art Basel in Miami last year, where his approach corresponded to her own concerns. Instead of asking her about watches and what she knew about the different brands, he asked her about girl-rising and non-profit work, explaining that these concerns are also important for Audemars Piguet.

With the company for 21 years, CEO for the past three and half years, François Henry Bennahmias is conducting “an evolution, not a revolution,” he says. “When I became CEO, Audemars Piguet was already in a good place. I wanted to look beneath, see what was good and what was maybe not as good. The important thing was to have ‘fewer, bigger, and better’ – not too many models, with an aim to consolidate. Our sales at the end of June this year were up 14% for the first semester compared to last year, so we must be doing something right.”

One of the ways to increase sales is by better defining who the customer is and what he wants. Audemars Piguet is “making a new business mould, and in a way similar to fashion, we have to adapt to the notion of retail. Unlike fashion however, while on-line is an important tool for us, it will not be an end in itself ; we want the physical connection with our customers, to know what watches they find tempting.  And that is one of the reasons we are shifting sales from wholesale to retail, to get to know our clients better.”

As for the advantages (or not) of Audemars Piguet being an independent family-owned company, Bennahmias finds it mostly positive.

“We can do what we want in terms of profitability, and decisions can be made quickly, but a disadvantage is that we might have a new idea, and not enough funding to put it into action. So we go at our own pace, just as we have done for the past 140 years. The owning family is simple and discreet, and their mandate is ‘not just growth, but qualitative growth’.”

With an average price of CHF 35,000 for an Audemars Piguet watch, the company’s N°1 markets today are Hong Kong and the U.S.A, followed by SouthEast Asia, then Europe with Switzerland and Italy in the top and second positions. Bennahmias confirms that ladies are becoming more and more interested in mechanical watches, “especially in Asia, Latin America and the USA, and this is one of the reasons the new ‘Lady Millenary’ collection is so important for us. From a total of 40,000 watches manufactured every year at Audemars Piguet, 25% of these are for ladies. We see room for growth in this area, and aim to increase that to 30%.”

Why announce the new ambassador and have the official launch in Paris during Fashion Week ? Bennahmias confirmed that no other launch events are foreseen for the Lady Millenary adding that “Paris is the only city for this, especially now, during Fashion Week, when it becomes the capital of the world! Audemars Piguet is not a fashion watch, but it is important for the brand to create an identity of high luxury and link the watch to fashionable ladies.”

Oval-shaped, stylish and technical with a strong feminine identity, powered by the 5201 hand-wound Manufacture movement, the Lady Millenary targets independent women with its subtle balance between Haute Horlogerie and Haute Joallierie.

Photo Credit: Haute Time. For more information, please visit the official Audemars Piguet website. Follow Haute Time on Instagram to catch all of the new releases as they happen.