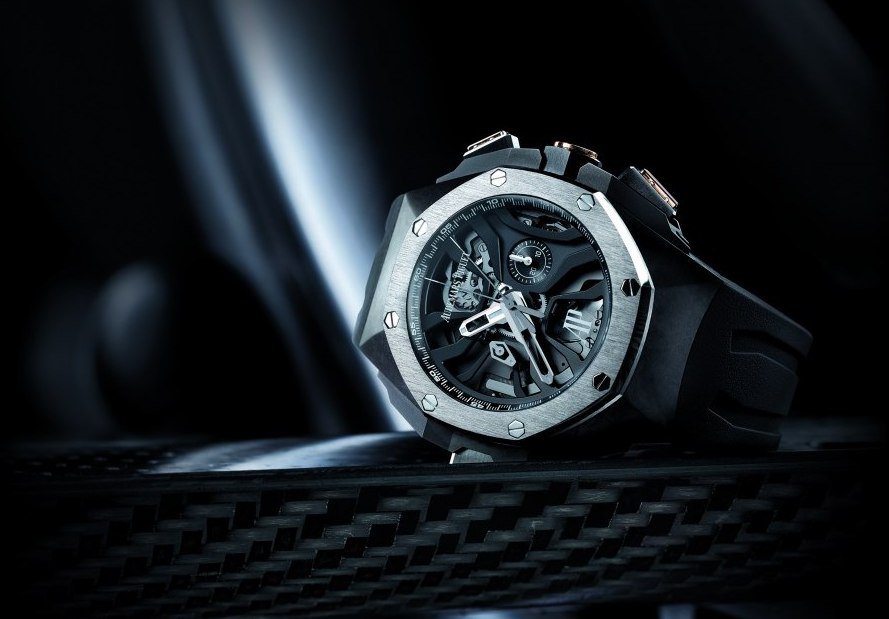 I remember being told, not so long ago, that Audemars Piguet would have a difficult time following up its 2014 collection, led by the return of the brand’s modern icon, the Royal Oak Offshore. And in that respect it seemed plausible, if not a little disappointing, to have to wait until 2016 for another big year. But then Audemars Piguet unveiled the Concept Acoustic Research, the loudest and clearest minute repeater ever made.

Earlier today, the brand shifted into yet another gear with the surprise announcement of a brand new Michael Schumacher-inspired Royal Oak Offshore. Three years after the introduction of the Royal Oak Offshore Chronograph Michael Schumacher, the brand’s most celebrated and commercially successful ambassador-timepiece, the brand is launching the second Audemars Piguet chronograph to carry the name of the celebrated driver. 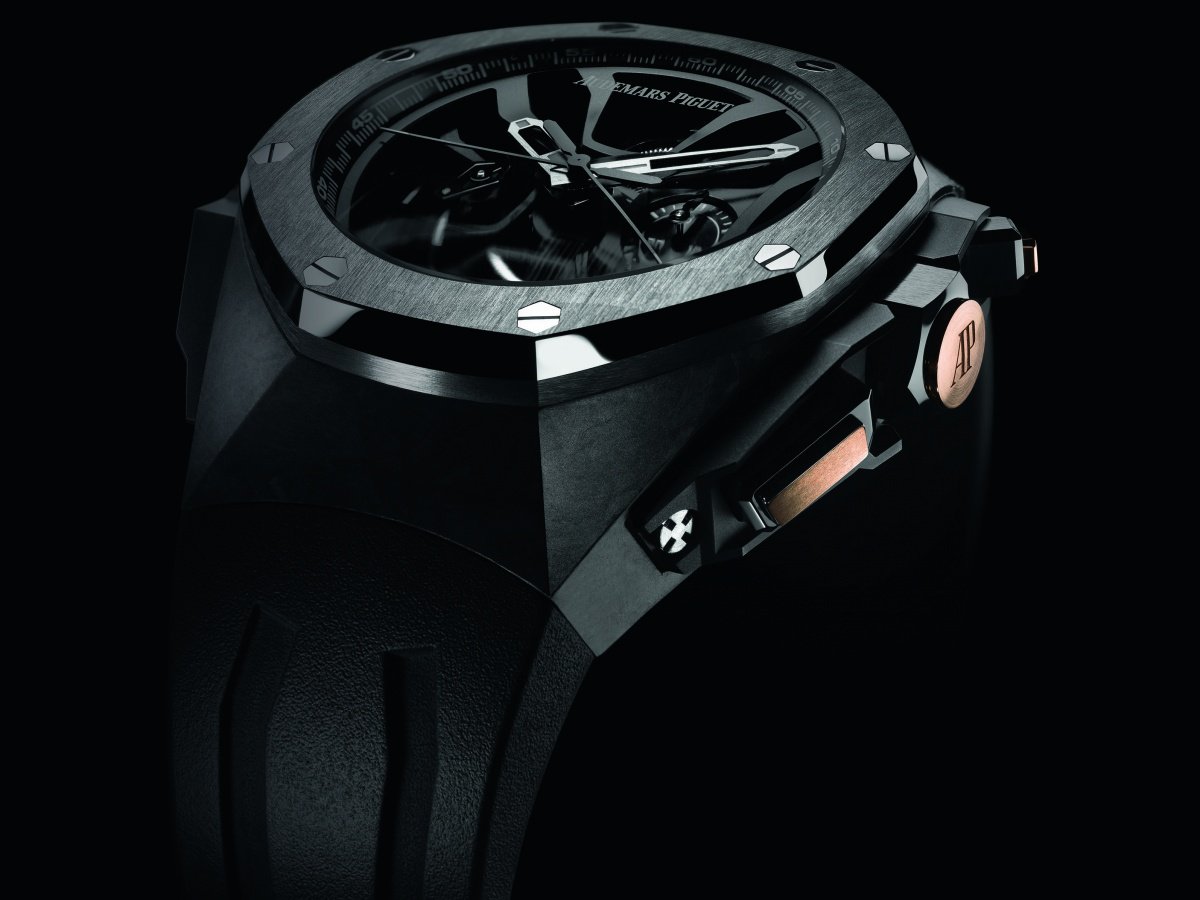 There have been many historic days at Audemars Piguet, but today will certainly go down as one of them. Most of all, because it almost never made the brand’s calendar. For many reasons, including concern over Michael Schumacher’s painfully slow recovery from a ski accident in 2013, the Royal Oak Concept Laptimer Michael Schumacher could have been a watch that “could have been.”

According to the brand, the project began in 2010, when Michael Schumacher challenged its engineers to create a mechanical wristwatch capable of timing and comparing consecutive lap times. Up until now, such a task required the handling of two or more stop watches, each set up to time one lap.

But after almost five years of development, Audemars Piguet presented the world’s first luxury watch to feature two angular indexing systems on a single chronograph, each with an independent ‘memory.’

During a special ceremony at the Schumacher family ranch outside Geneva, Audemars Piguet said it decided to proceed with the launch according to Michael Schumacher’s wish with the full support of his family and team, and said it was “honoured to be able to pay tribute to the greatest F1 driver of all time.” 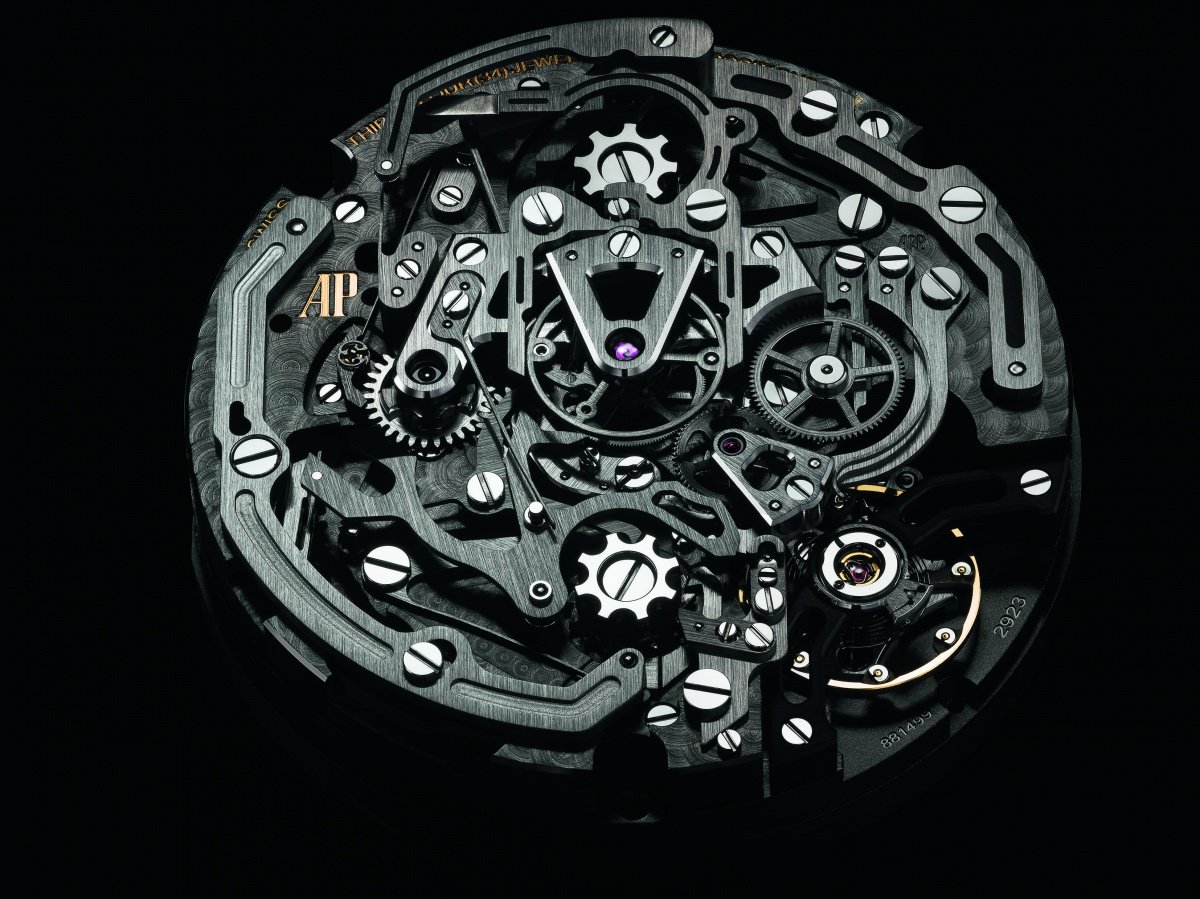 The new watch celebrates another first in Audemars Piguet’s history. Indeed, this is the first time, we are told, that the brand develops a movement from scratch for one of its ambassadors.

If the watch is technically brilliant, it’s also just a stunning design, and epitomizes the very best qualities of the sporty Royal Oak Offshore. If few could fault the Royal Oak Offshore Chronograph Michael Schumacher, I am sure even they will be totally convinced by the Laptimer.

Meanwhile, the bezel, case edges and caseback are made from titanium and the pushpieces from ceramic and pink gold. The blackened openworked dial, like the back of the watch, is protected by a glare- proofed sapphire crystal with the watch being supplied on a black rubber strap with a titanium AP clasp. 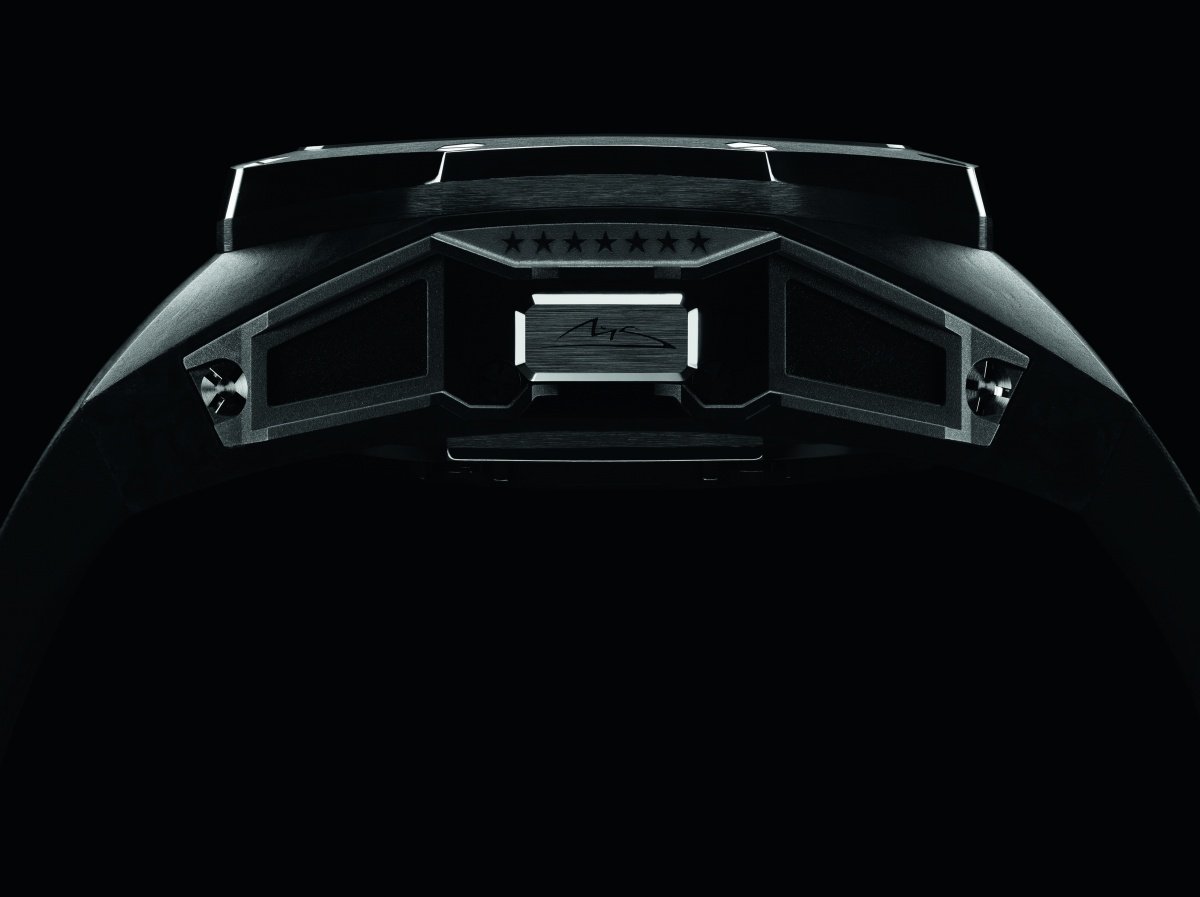 Just like his previous watch, the Royal Oak Concept Laptimer Michael Schumacher contains several subtle references of his racing legacy, including seven stars on the left side of the case in honour of his seven F1 World Championship titles, as well as his hand-signature on the laptimer pushpiece. 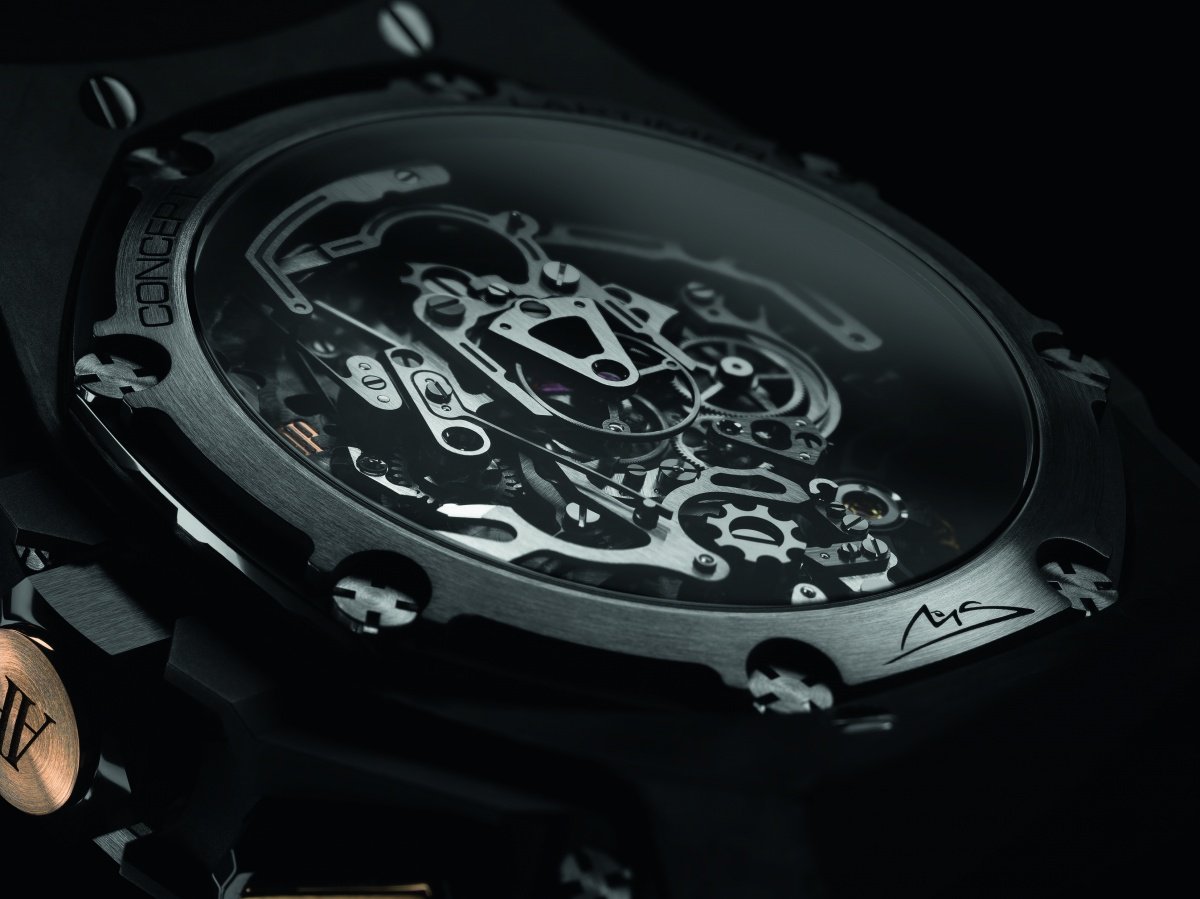 This collector timepiece will be limited to 221 models in recognition of the number of points-winning races in which Michael Schumacher competed.