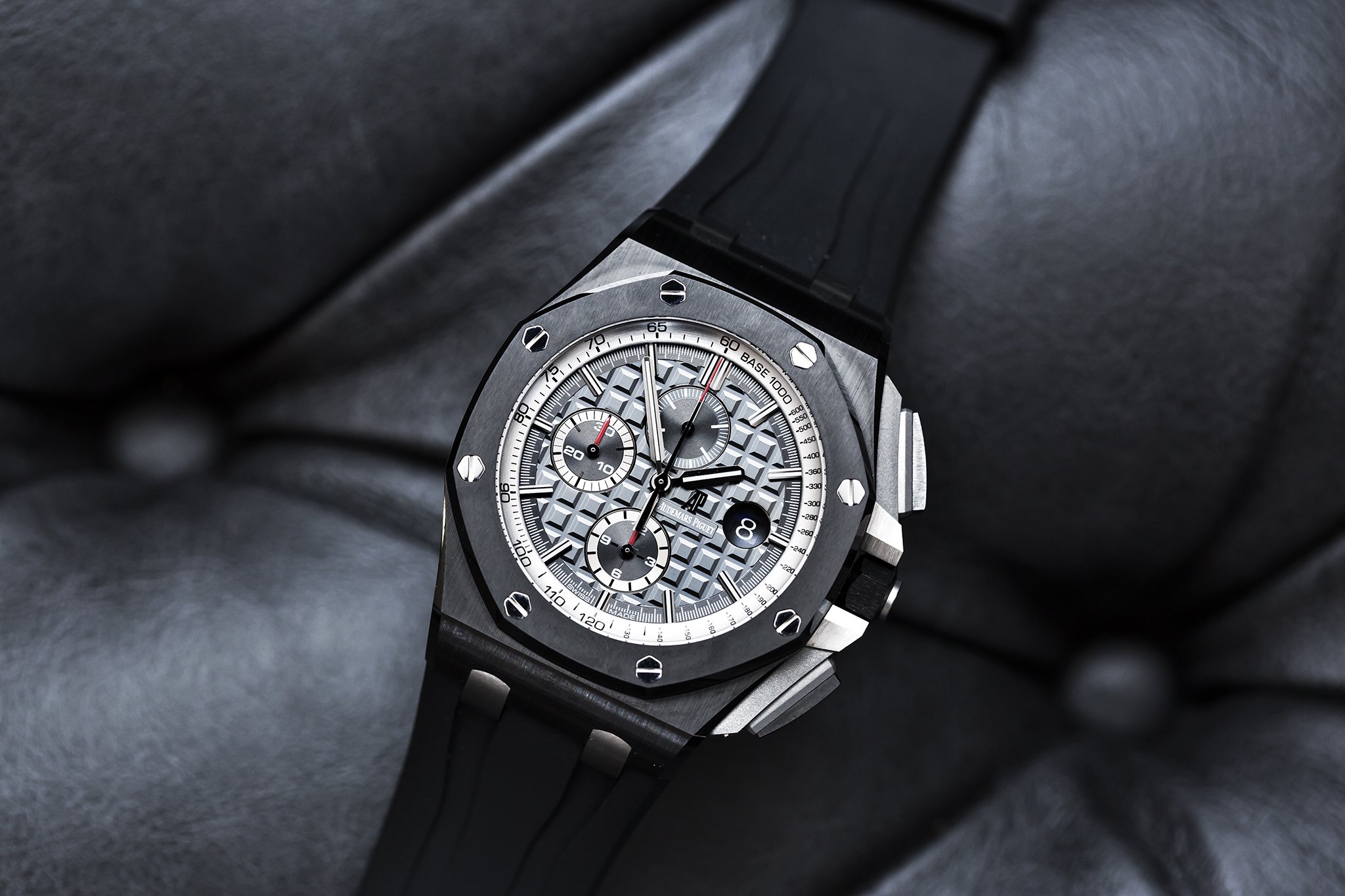 It’s Throwback Thursday over on Instagram, and we thought we’d take the celebrations online this week by checking in with the Royal Oak Offshore Black Ceramic 44MM. Unveiled in 1993, the Audemars Piguet Royal Oak Offshore made heads turn because of the size and boldness of its design. Nicknamed “The Beast” this 42mm wristwatch represented a huge departure from Gerald Genta’s steel Royal Oak, and displayed the guts of a brand that has since been lauded for its audacity.

Over the next twenty years, the Offshore would slowly establish itself as an Audemars Piguet favorite, spearheading the oversized watch trend, and ramping up testosterone levels with even bigger, more virile watches. And then, in 2014, the brand decided to make a somewhat expected U-turn to unveil a new collection of Royal Oak Offshore watches paying tribute to the original 42mm “Beast.” With one exception, a Black Ceramic 44mm Offshore presented next to the six new models which include the stunning Royal Oak Offshore Royal Blue. 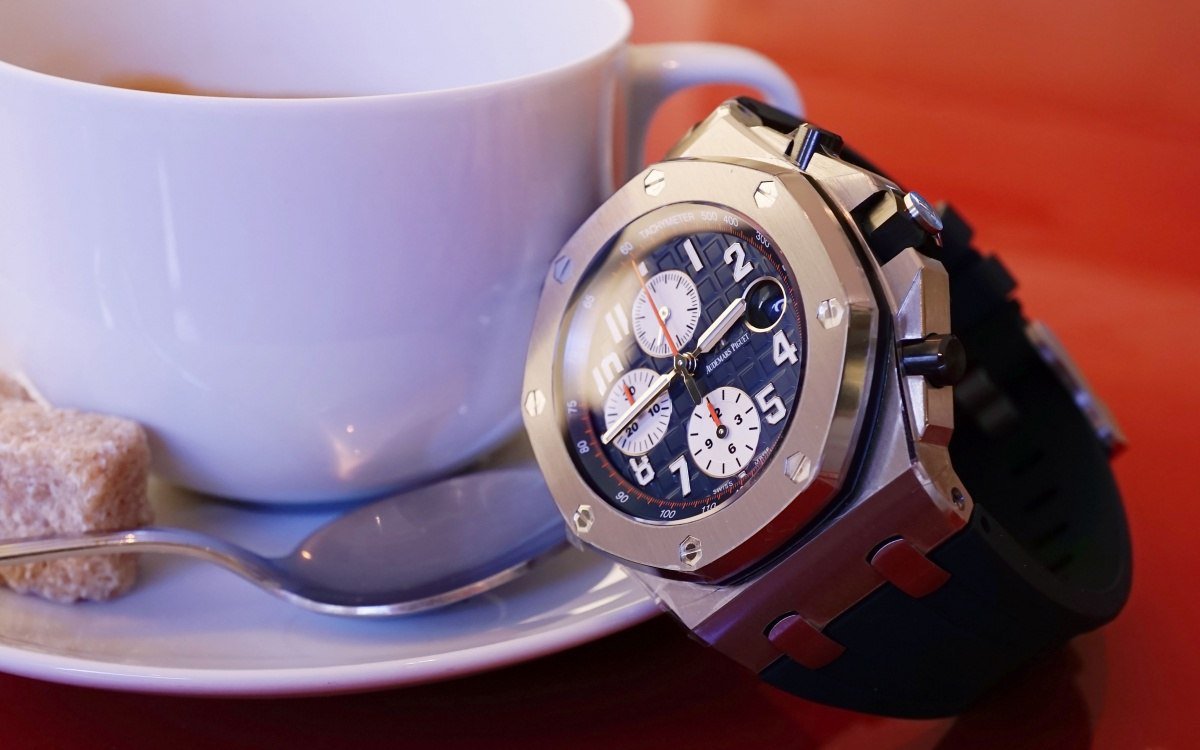 Right off the bat, I should admit that I’m not a great fan of oversized watches. While I’ll a tall guy who can pull off most large wristwatches (see me wearing the 60mm Zenith Type 20 Skeleton Sapphire for proof), I usually prefer watches in the 39-42mm region. So you would think I was relieved to see the new Offshore collection. However, there is always an exception to the rule, and that exception is the 44mm Offshore. Specifically, the Audemars Piguet Royal Oak Offshore Black Ceramic 44mm with grey dial. Never has a watch shown so much muscle. A masculine chronograph housed inside a black ceramic case, it features the prodigious Méga Tapisserie dial in its most detailed form yet, this time with sporty red accents on the hour and minute totalizers, as well as the tip of the chronograph seconds hand. 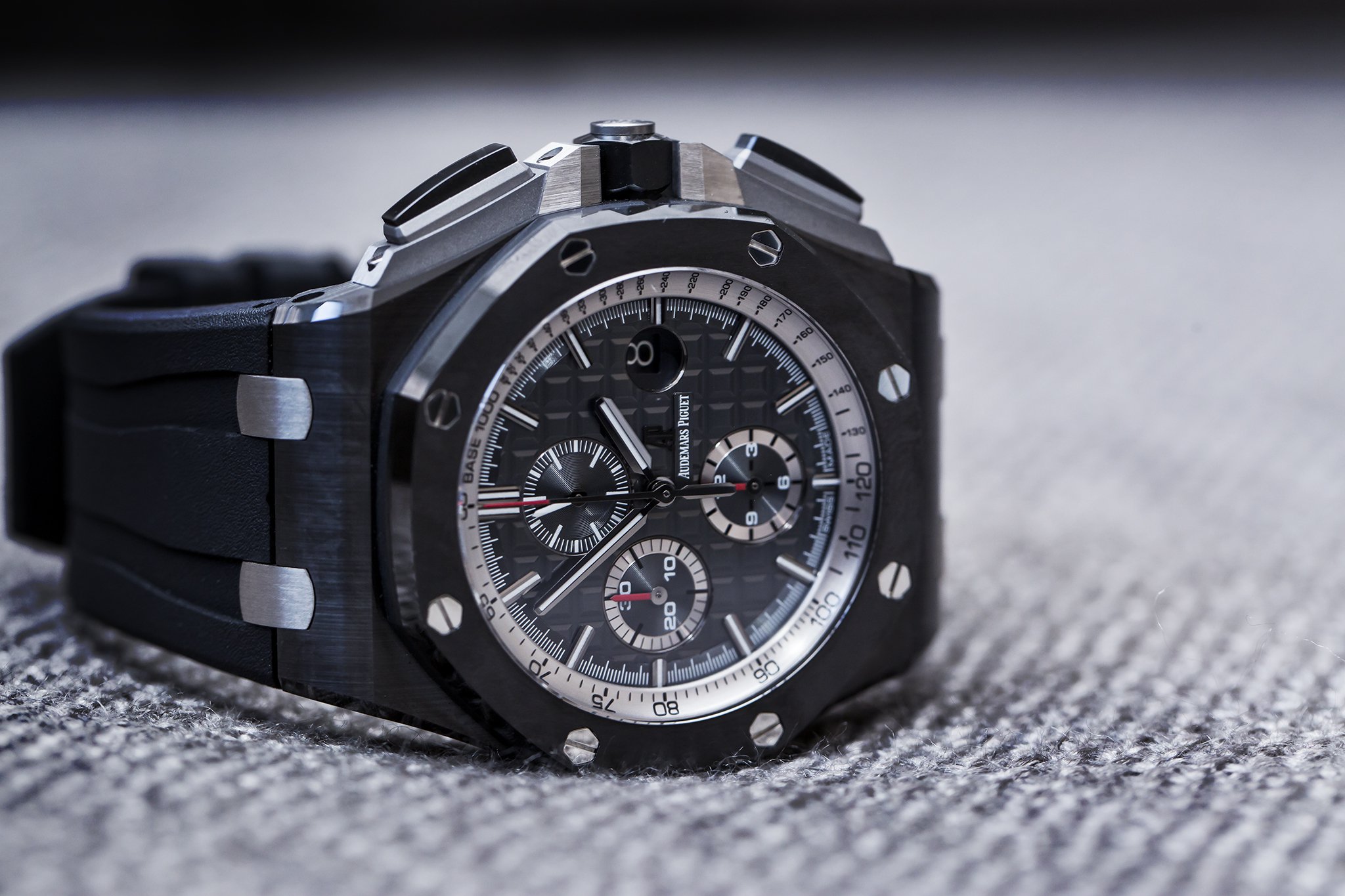 The 44mm is the new “Beast.” It introduced new pushpiece guards and rectangular pushers that added that extra edge to the watch. But most of all, the watch unveiled – for the very first time- the beauty of caliber 3126 through a sapphire case back. This in-house chronograph movement from Audemars Piguet is a sight to behold, and in some ways it astounds me that it had been kept hidden for so long (since it was introduced in 2007). 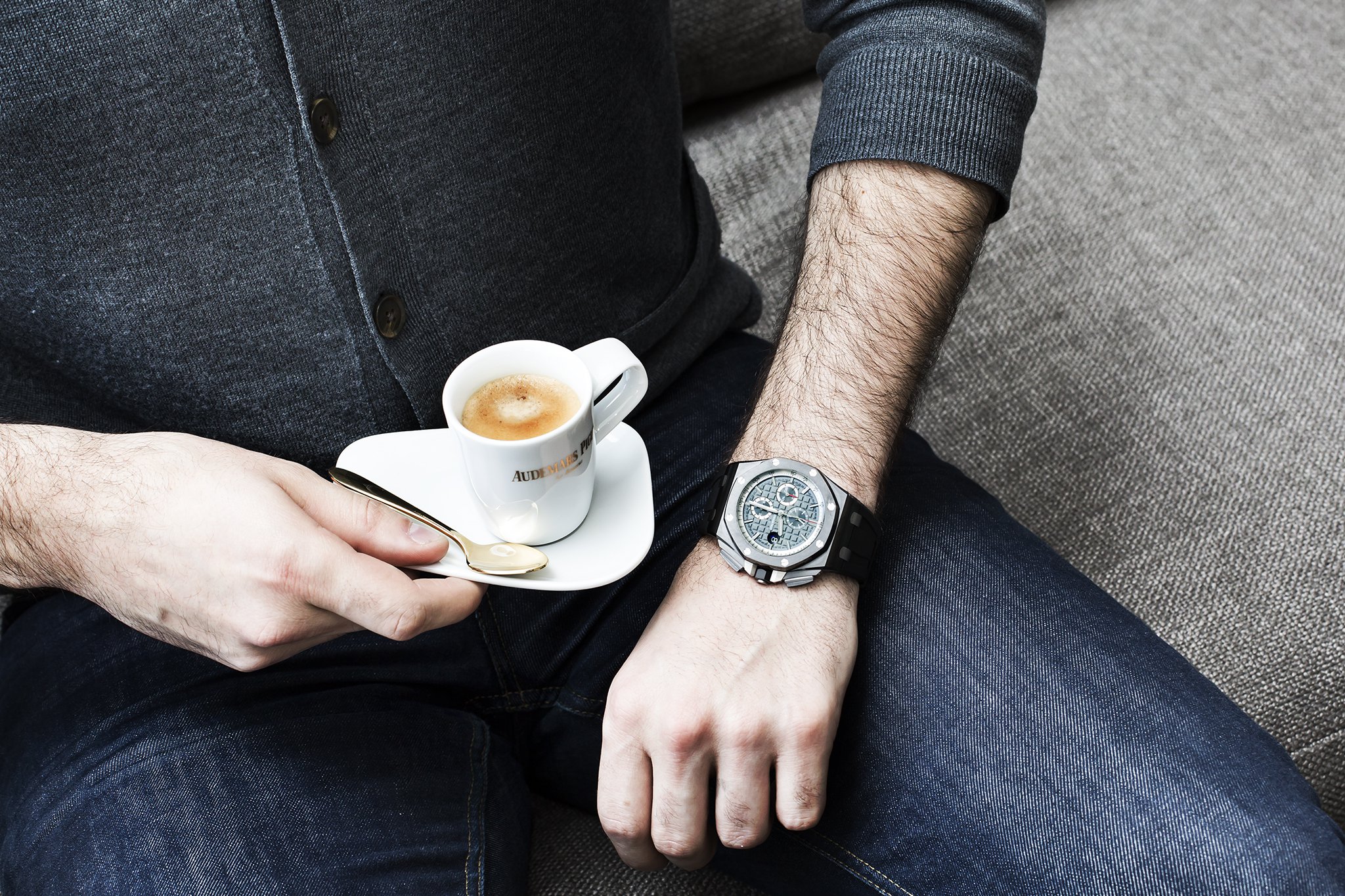 Photo Credit: Haute Time. For more information, please visit the official Audemars Piguet website. Follow Haute Time on Instagram to catch all of the new releases as they happen.