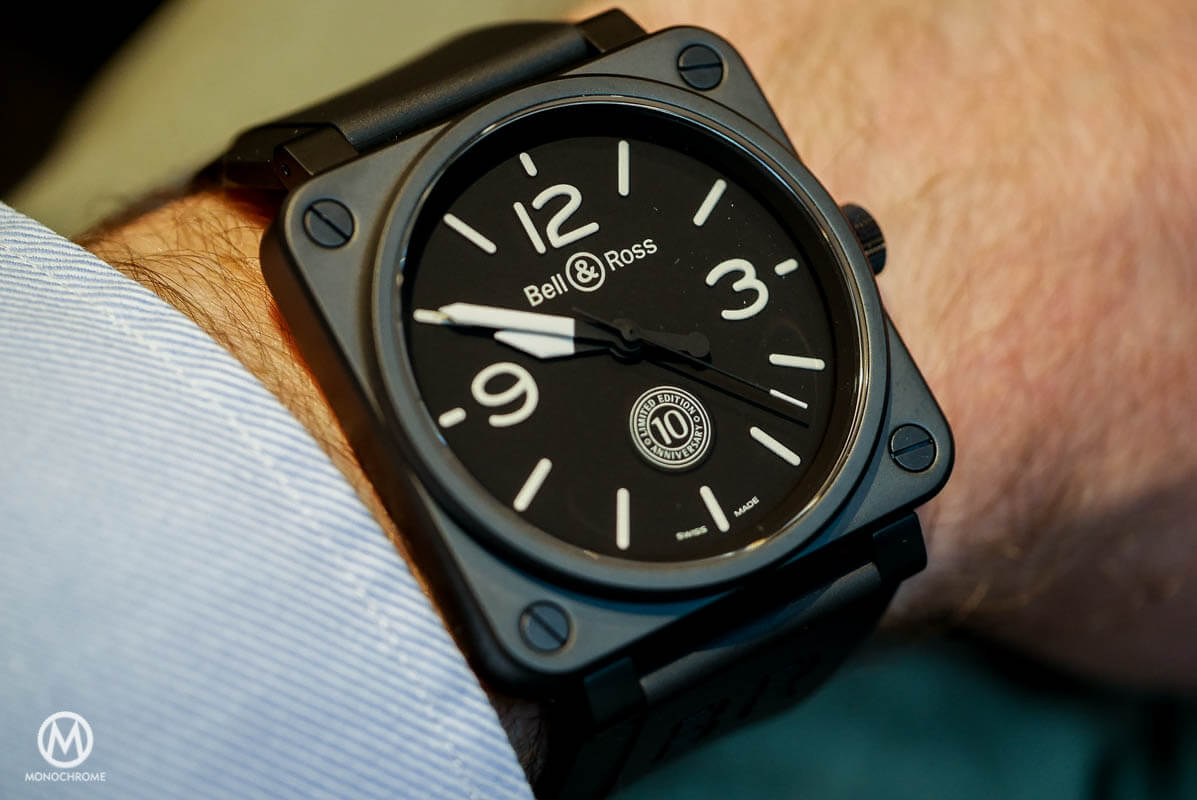 I’m pretty sure that most of you are familiar with an iconic square watch with the name “Bell & Ross” printed on the dial. This could be either the Bell & Ross BR01 (46mm) or BR03 (42mm), or probably one of the multiple variations on these two cockpit inspired timepieces. It is only 10 years ago, when Bell & Ross launched their very first square watch, the BR01. It was not the beginning of this Paris-based, French, watch brand, however it meant a massive boost for the brand awareness. The B&R is now written in cement, and known throughout the watch collecting world. Together with Carlos Rossilo, one of the two founders, we look back at the Bell & Ross history, during the recent opening of the first Bell & Ross boutique in London.

To celebrate the brand’s first boutique in the UK, located in the majestic Burlington Arcade, the Bell & Ross organized a small cocktail party for a few guests. The boutique’s location is simply magnificent, as it’s right between Savile Row (where you can buy bespoke suits) and Jermyn Street (the place for beautiful shoes and tailor-made shirts). Of course, for those in the know, it’s also close-by the many luxury boutiques in Old & New Bond Street, and numerous vintage watch shops in the very same arcade. 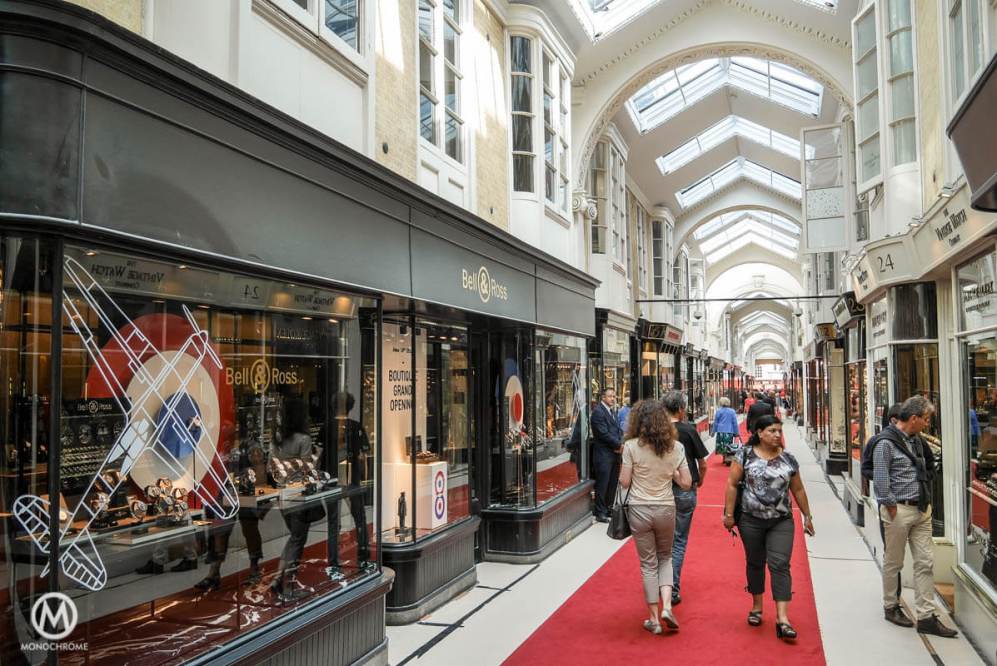 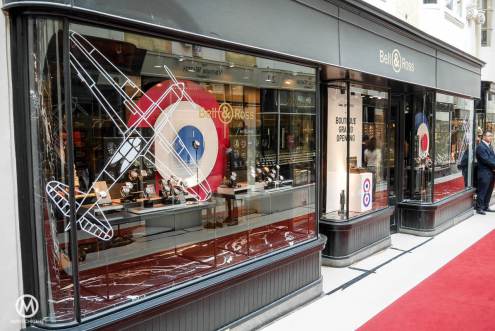 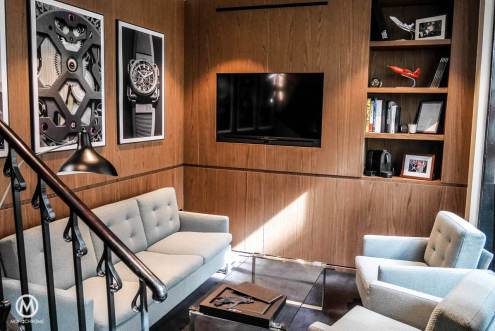 Lounge corner on the first floor of the boutique

The grand opening of the new Bell & Ross boutique was attended by both Carlos Rossilo and Bruno Belamich, and some 150 guests (including the grandson of sir Winston Churchill). Especially for this festive event the entire Burlington Arcade was locked off, and turned into a nice party place with live music, drinks, finger food and great company. 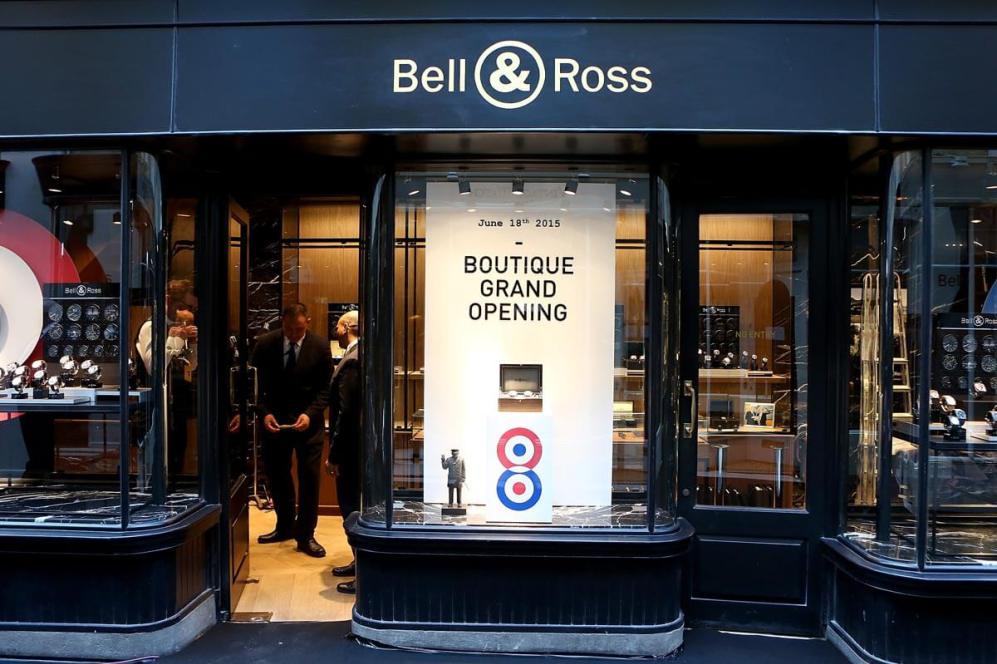 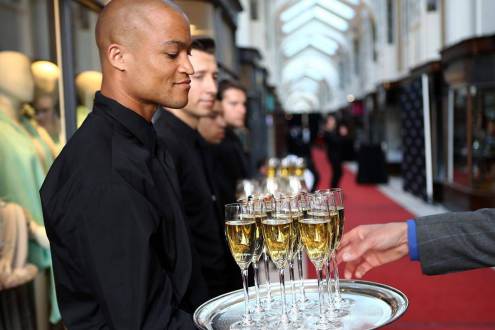 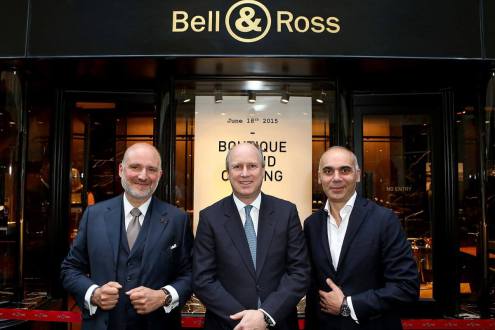 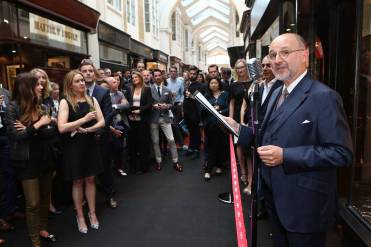 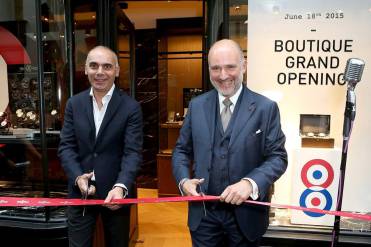 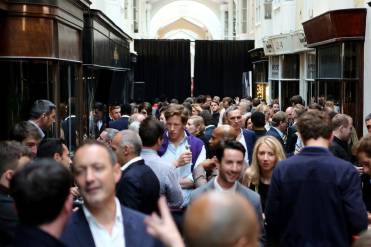 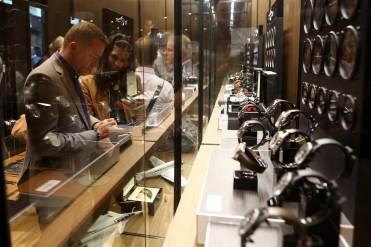 Bell & Ross was founded in 1993, as a university project, by the two friends Bruno Belamich and Carlos A. Rosillo. Bruno Belamich is the “Bell” in the brand’s name and Carlos Rosillo is the “Ross”. They had a shared vision of functional and tough watches. Their first timepieces were not made in Switzerland as you might expect, however they were made in Germany, by a company called Sinn Specialuhren (a brand well known for their tool watches). Maybe some of you can remember the first Bell & Ross watches, with “Bell & Ross by Sinn” on the dial. Most of the first Bell & Ross watches were ‘rebranded’ Sinn watches, like for instance the Space 1 that was the first automatic chronometer to be worn in space (in 1985 by German physicist and astronaut Professor Dr. Reinhard Furrer).

Later the brand designed their own timepieces (still manufactured by Sinn), like the Type Demineur, which was ordered for use by the bomb disposal unit of the French Security Services. 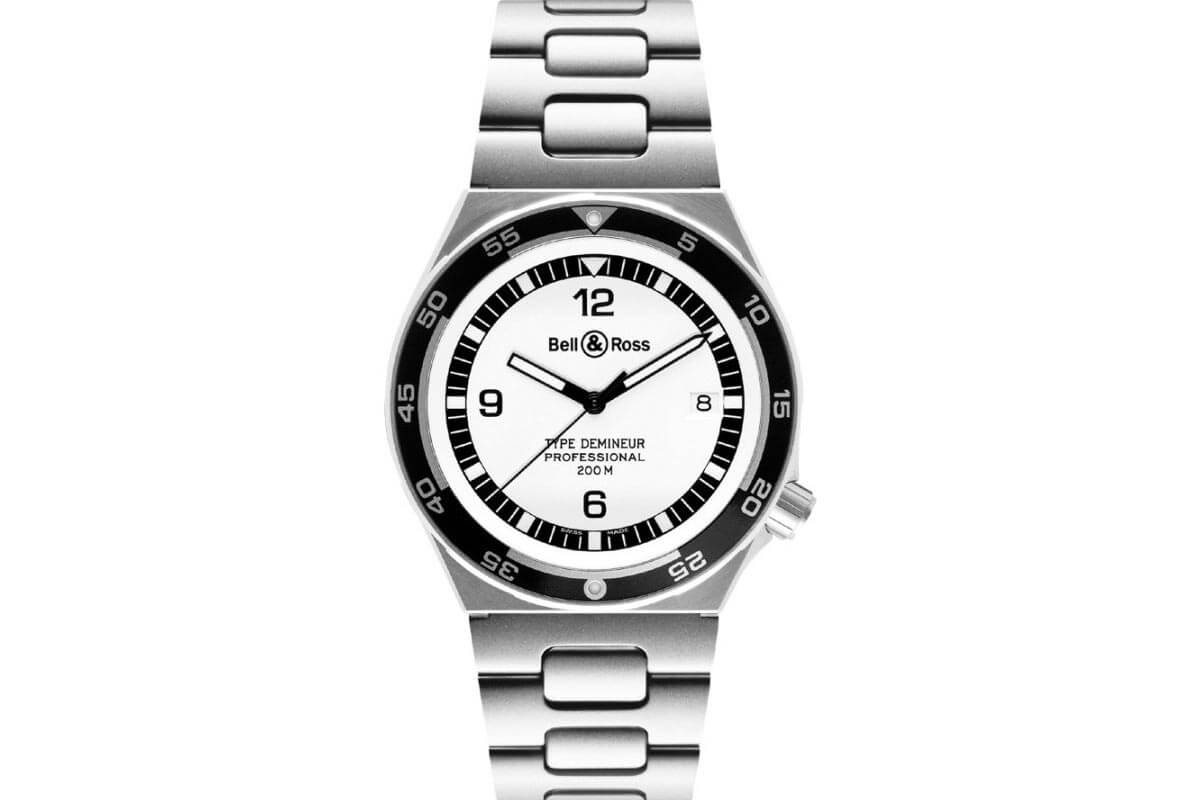 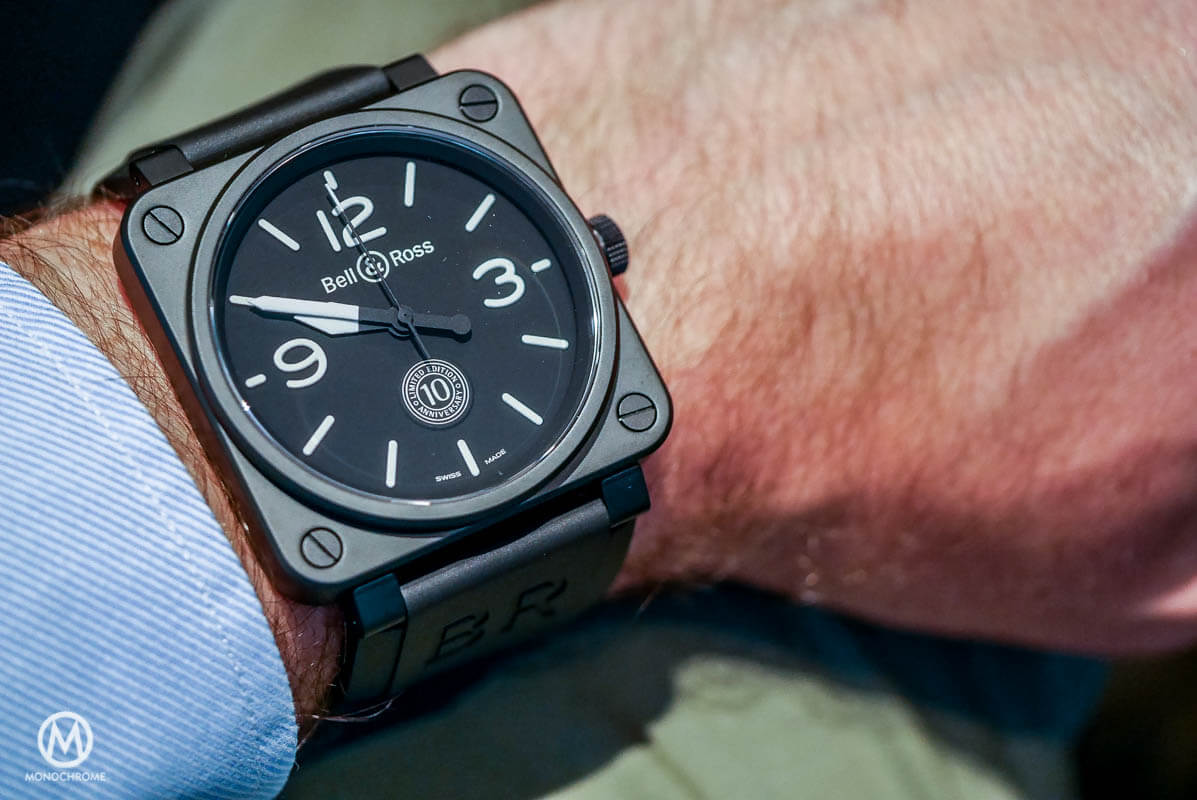 With the introduction of the BR01 an entirely new era started for the brand, and that’s what we talked about with mr. Carlos Rosillo, co-founder and co-CEO of Bell & Ross.

Mono: Can you give us a brief overview from the first “Bell & Ross by Sinn” timepieces to today?

CR: Most important is to meet the right people and to do things from passion. First and foremost there’s Helmut Sinn, who helped us in the beginning. We still meet every year at Baselworld, he’s always our first meeting of the fair! (mr. Rosillo shows a photo of the 99 year old Helmut Sinn visiting the B&R booth this year) He helped to start the business, and he probably saw us as professional kids. Because of his help we could set up our first collection, and we could develop our passion. It was a very good base.

The brand awareness grew and the second step was when Chanel took a share in the company, in 1998. Two years later, in 2000 (the Chanel owners love Bell & Ross and were wearing our timepieces) Chanel took another share in the company (B&R kept majority). Right from the start talks started about sharing the manufacturing facilities, and 3/4 years later Chanel allowed us to have our own manufacture in La Chaux-de-Fonds. 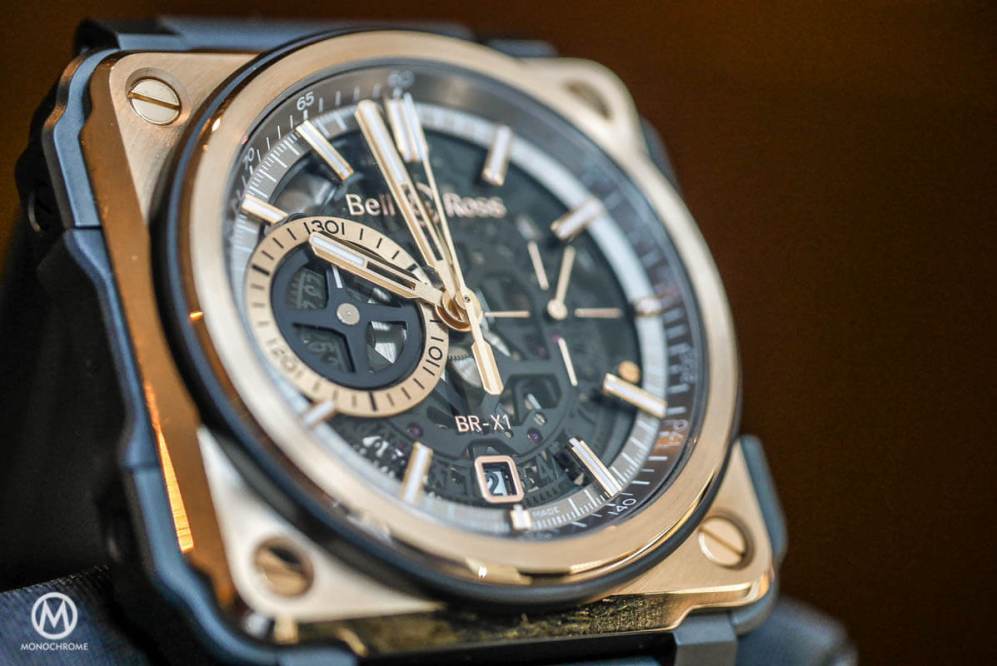 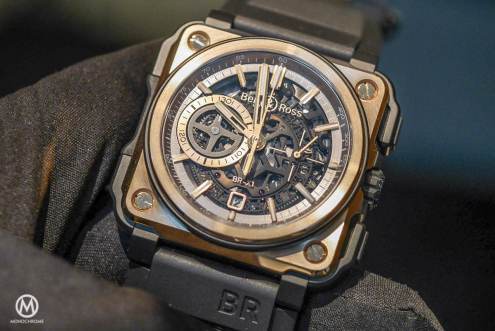 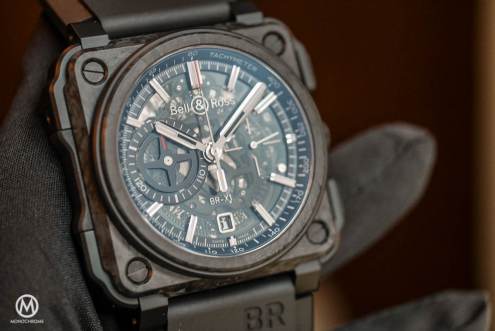 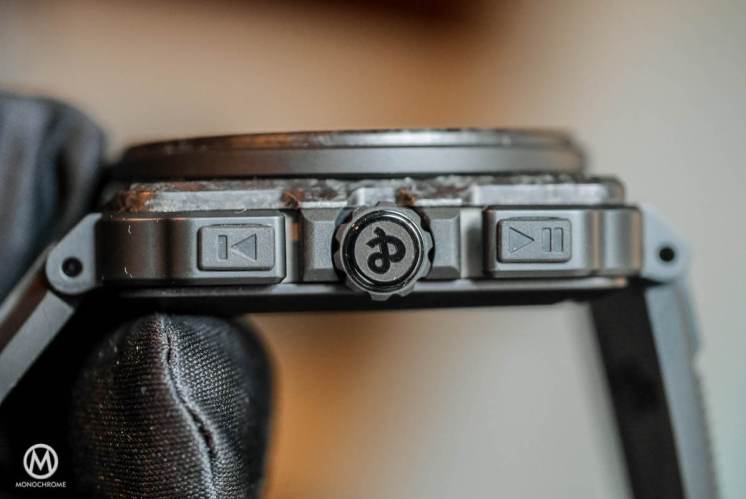 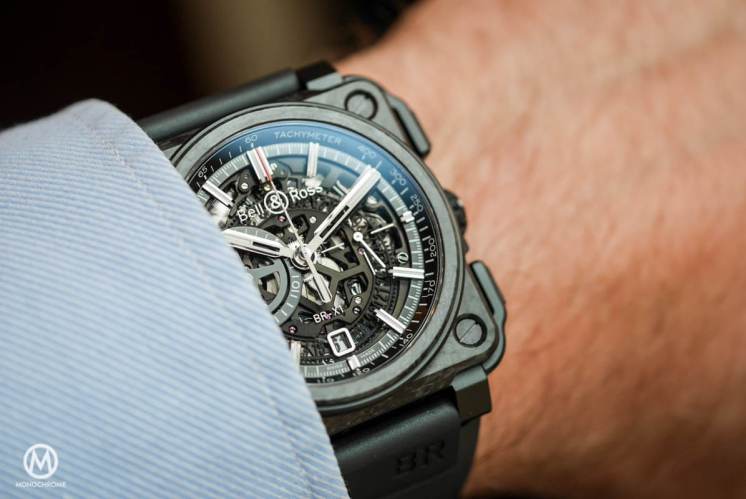 Mono: What are the goals for the next 10 years?

CR: Most important is that we stick to who we are! Secondly we want to have embassies, like this beautiful Bell & Ross boutique, in more countries. We feel that this is the home of B&R aficionados, entirely in the Bell & Ross style. It will give our fans a place to talk about their passion, it’s their home. By the end of this month we will have 15 boutiques, 800 points of sale, and more to come!

What is also very important is the high-tech challenge. With the X1 we managed to keep our DNA, and made it into something more sophisticated. We won’t be rushing into limited editions. And there’s the BR-S collection for ladies, which is still typical Bell & Ross, but also very elegant.

Creativity and innovation are important, however we won’t do like every brand, and will stay true to our own way.

Mono: Can you be more specific about future boutiques and markets?

CR: Later this month we’ll open boutiques in Jeddah (Saudi Arabia) and Penang (Malaysia). So we first started in the far east, than Europe with boutiques in Paris, Vienna, Prague, Moscow, and now in London. Also the middle east, which is important to us. The big new challenge is the USA, which is already a very good market for us, however opening our own boutique is something else. Finding a good location in New York is difficult, and making that profitable will be a great challenge. We don’t just want to have a boutique in every major city, so we can say that we have a boutique there. This boutique in London was profitable from day one. This boutique is also the first that we opened without a retail partner, we did this ourselves. We’re watchmakers, not retailers.

Mono: I understand it’s an entirely new ballgame for Bell & Ross. Can you tell me more about this, and how do you manage all the different customers that will walk through the door in an international city like London?

CR: As I already said, the boutiques have to be the home for Bell & Ross aficionados. We will focus on the local customers. For instance here in London there will be customers from all over the world; China, Russia, Middle East, etc. We will do our best to serve all customers of course, however most important is that we will focus on the local customer. The tourist is the cherry on the cake, not the cake itself.

With this great statement the interview came to an end, and so what remains for us is to show you some photos of another novelty, the BR01-92 Airborne in pink gold. 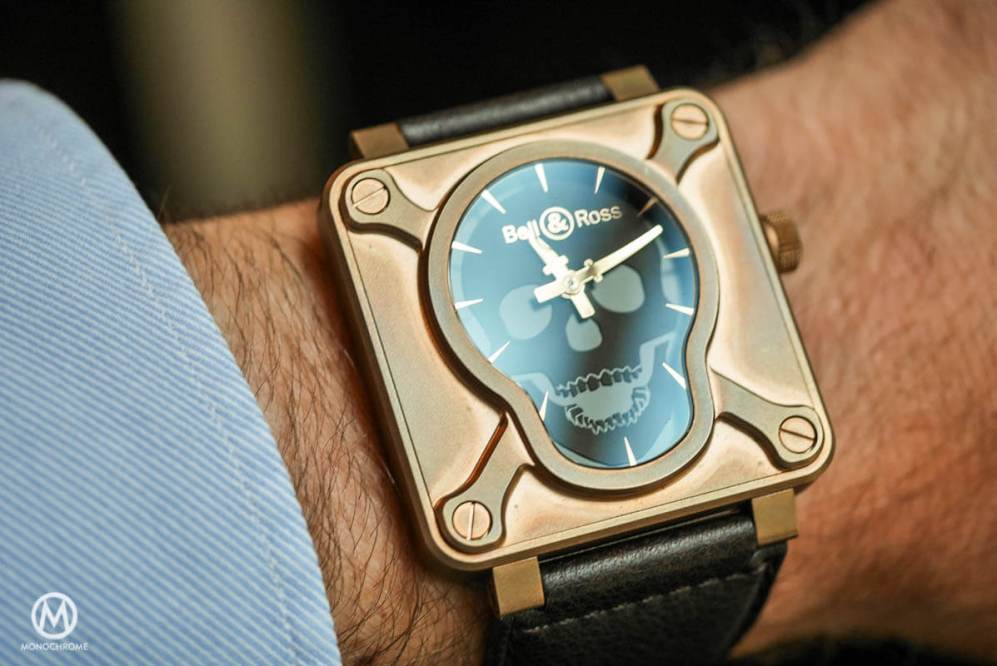 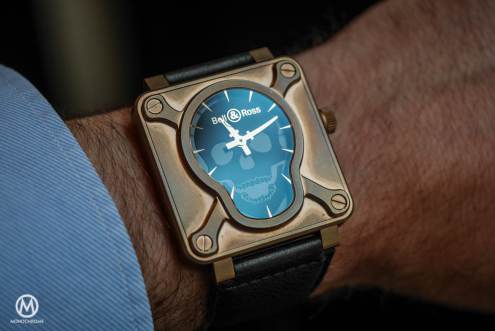 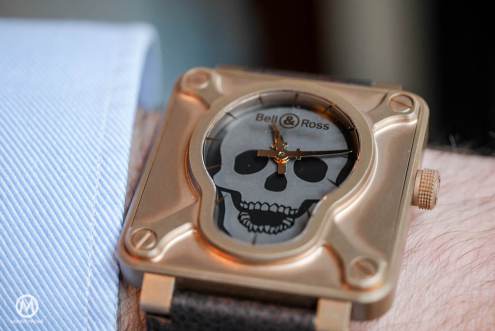 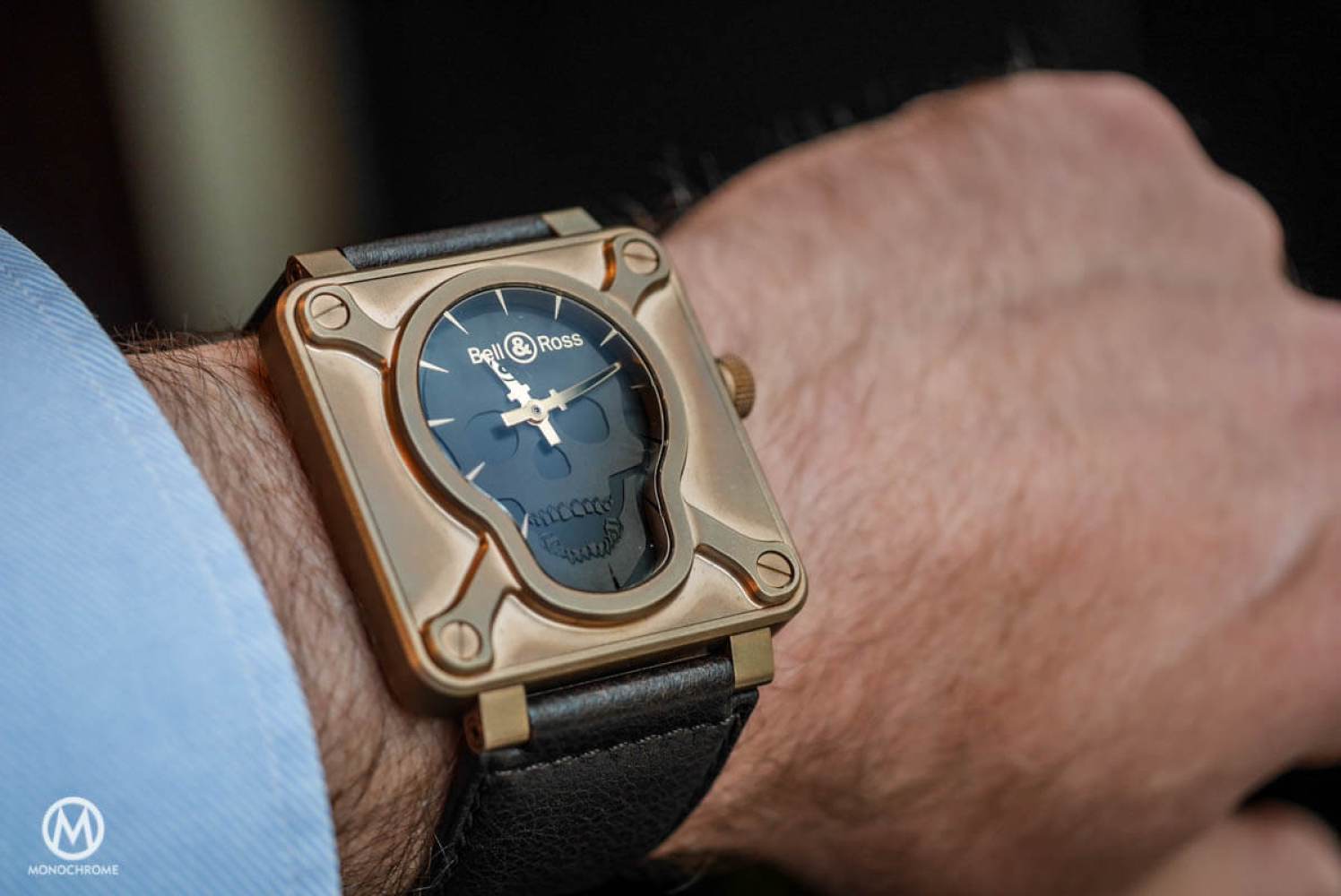