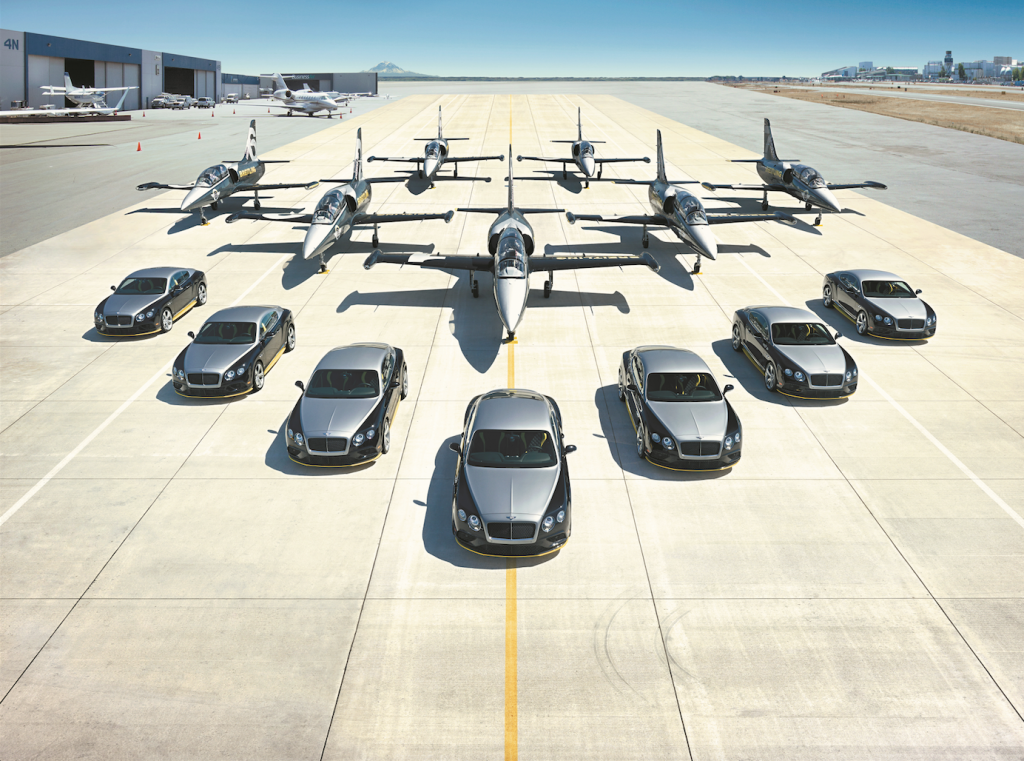 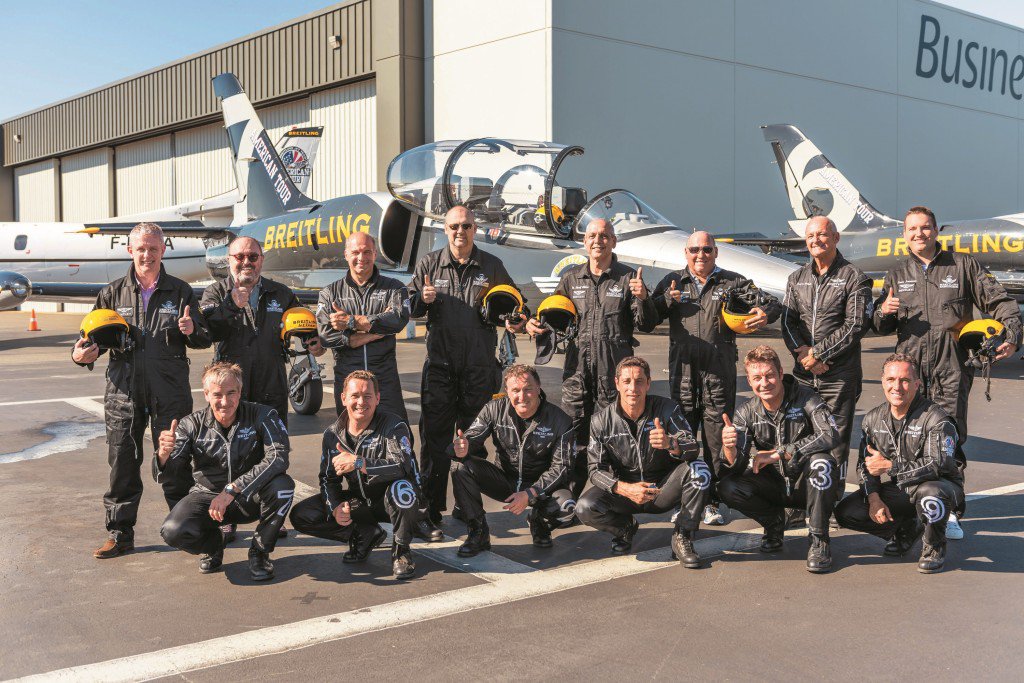 The limited edition cars were designed through Bentley’s exclusive Mulliner bespoke design program, and were crafted with a special livery and interior materials chosen to echo elements of the aircrafts used by the jet team. Moving to the outside of the car, the special exterior features a duo-tone split of Onyx and Hallmark, with a splash of signature Breitling yellow that matches the aircrafts. Each of the seven limited edition cars is individually numbered to match a corresponding jet in the fleet. 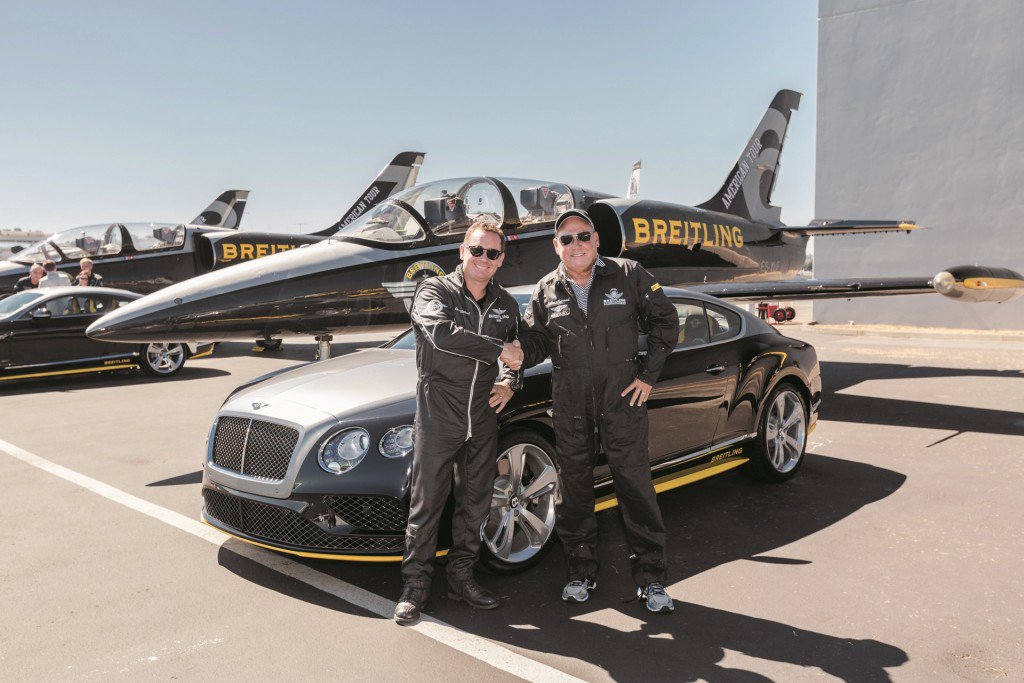 The Continental GT Speed is Bentley’s fastest production vehicle ever, powered by a 6.0-liter twin-turbo W12 with 626 hp and a top speed of 206 mph.

The lucky owners of the new exclusive cars were presented with the keys to their vehicles in front of seven jets by the corresponding jet pilot. After seeing their cars, each guest was taken on an exhilarating passenger flight in formation with the jet team in what is likely the ultimate way to see the Seattle skyline.

Along with the cars, guests also received a