Since Armin Strom’s make-over at the hands of owner, Serge Michel, and director and master watchmaker, Claude Greisler, the brand has created an innovative line of watches true to their skeletonized past, but infused with attitude. Part of that attitude, from the renewed beginning, has been an association with motorsport, which began at the upper echelon of Formula One and the Marussia Team. The motorsport partnership expanded to include the Gumball 3000 rally with corresponding watches, and recently a chance to create a personalized commemoration Skeleton Pure watch. There is a consistent elemental identity across the product line, but a winning bidder was given a chance to add his own design contribution. 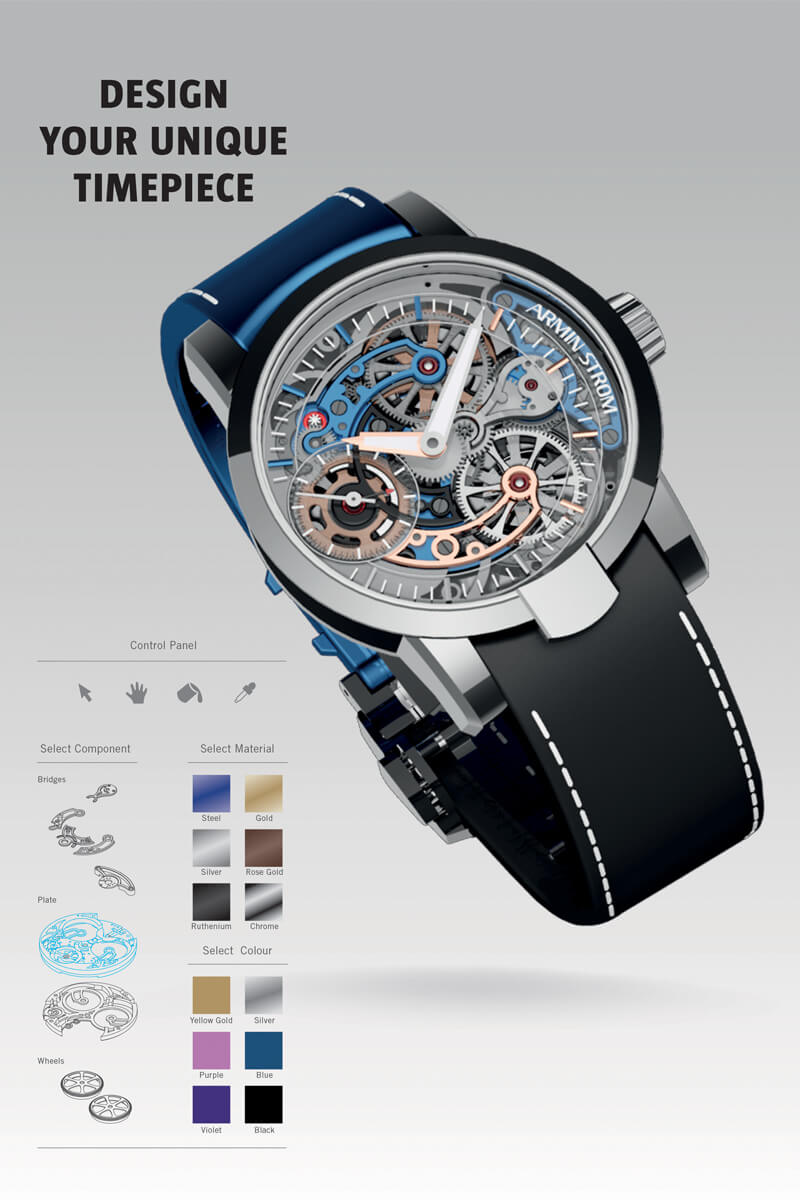 The multi-continent Gumball Rally 3000 began on May 23 in Stockholm, Sweden and finished in Las Vegas, Nevada. From May 23-29, Christie’s Auction House directed an online auction of seven items of sports, celebrity and automotive memorabilia; the Armin Strom lot was part of a philanthropic effort that last year raised more than $617,5000. The winning bidder received a trip to the company’s manufacture in Biel/Bienne, Switzerland to customize his Skeleton Pure, which included special engraving and PVD colorization of the baseplate and bridges.

Want to know what it is like to build a Skeleton Pure? You can view the stages of assembly in what Armin Strom calls “Assemble Your Own Pure.” There may not be the roar of engines, the glitz and glamour, or the champagne, but the view is up close and personal.

Armin Strom is the official sponsor of the Gumball 3000.