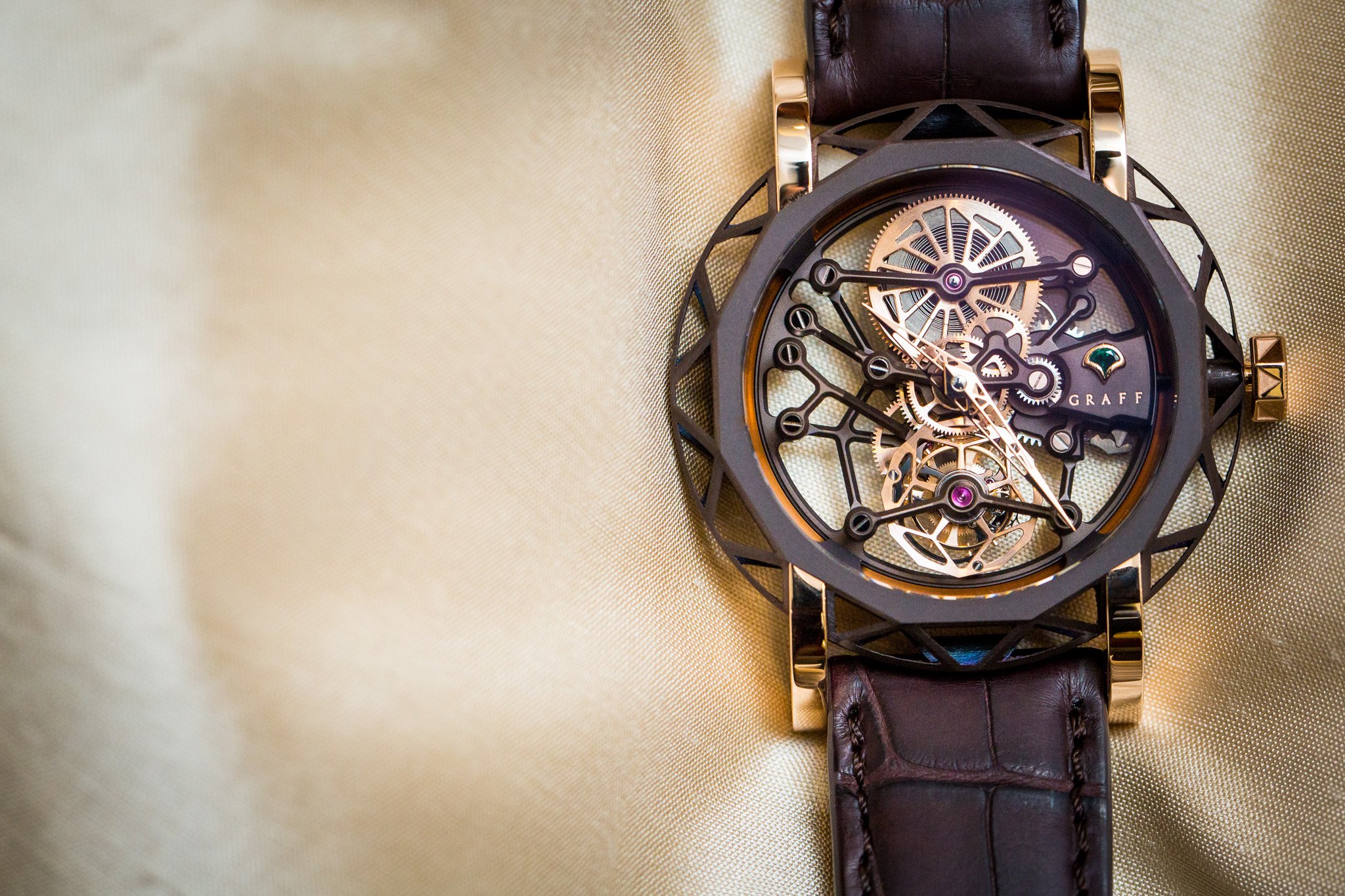 When Michel Pitteloud met Laurence Graff in 2008 to discuss the launch of a watchmaking division, he was told to draw from the jewelry brand’s DNA. Diamonds were to feature prominently.

Seven years later, Graff Luxury Watches has become an key player in the watchmaking industry, but it no longer depends on the reputation of its stones to carry its watches. Instead, it is showcasing its impressive mechanics with a new line of skeletonized watches. 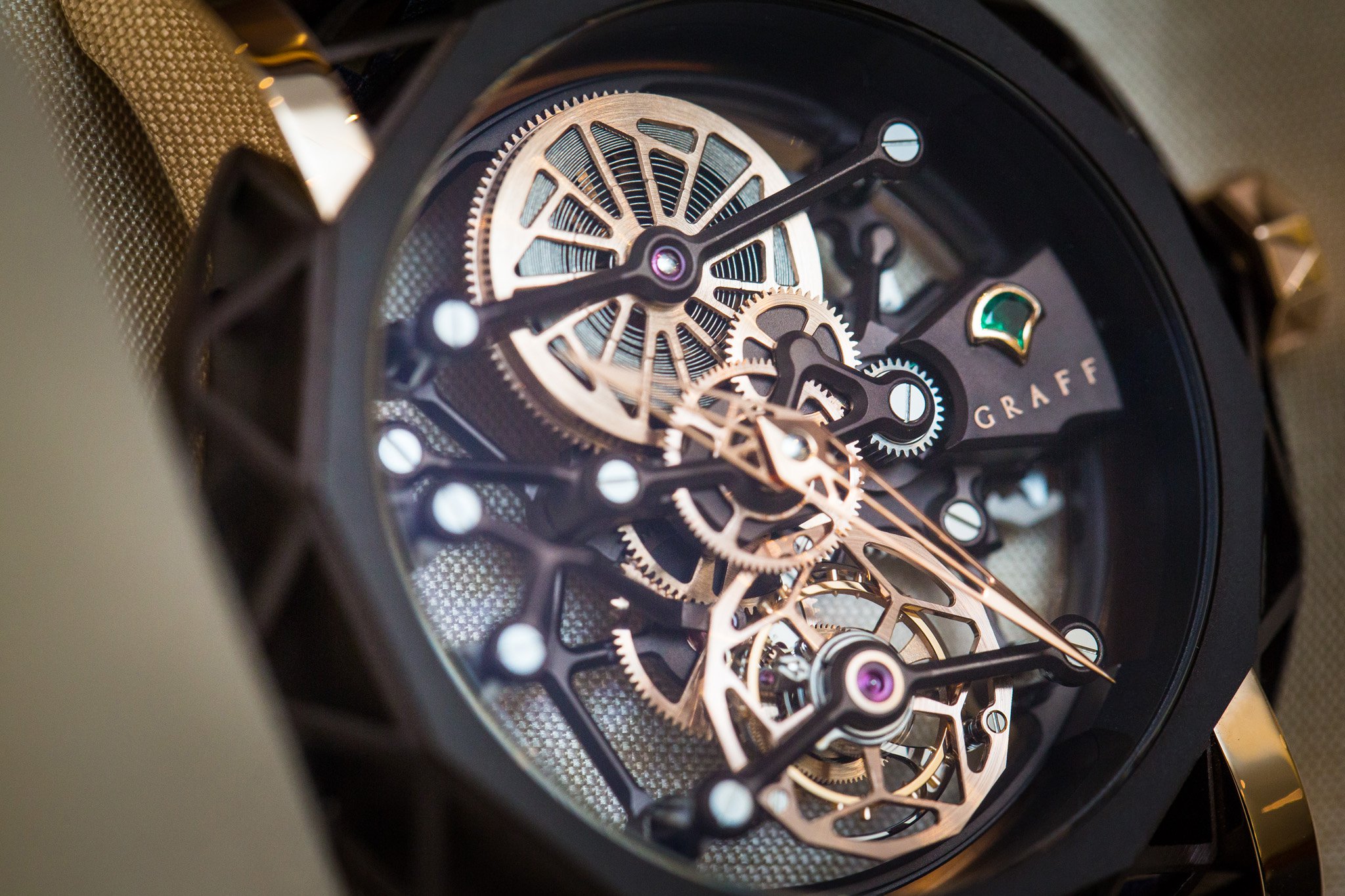 Graff presented a new take on the brand’s iconic MasterGraff tourbillon with three skeletonized watches that total 0 carats in between them. However, they present an interesting use of innovative materials, while the brand’s latest proprietary movement hints at the brand’s new direction. 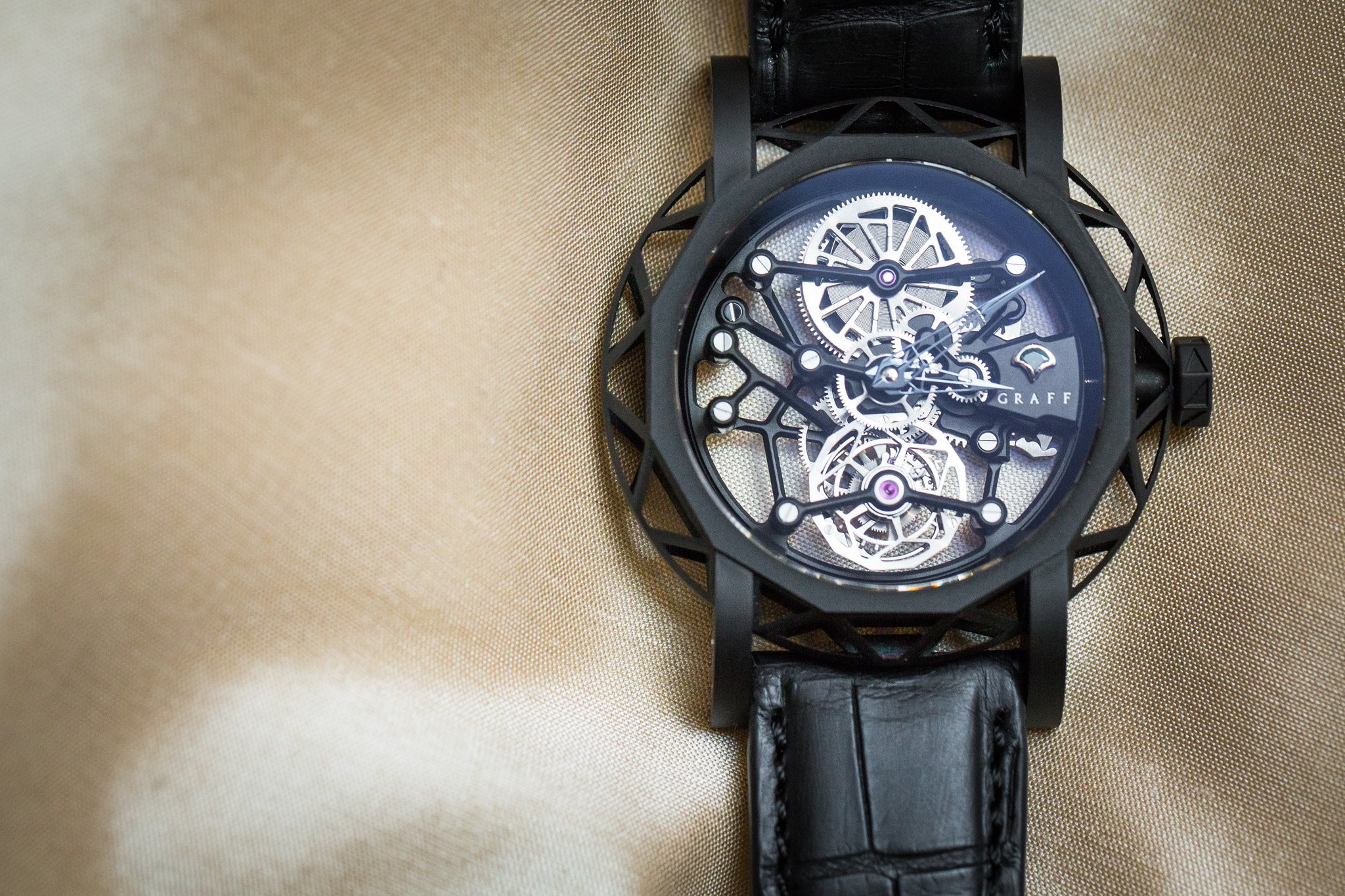 The Mastergraff Structural Tourbillon Skeleton proves that watches can be bold, even if they aren’t set with dozens of diamonds. The new watches feature hours, minutes and a tourbillon at 6 o’clock inside very edgy titanium DLC cases. 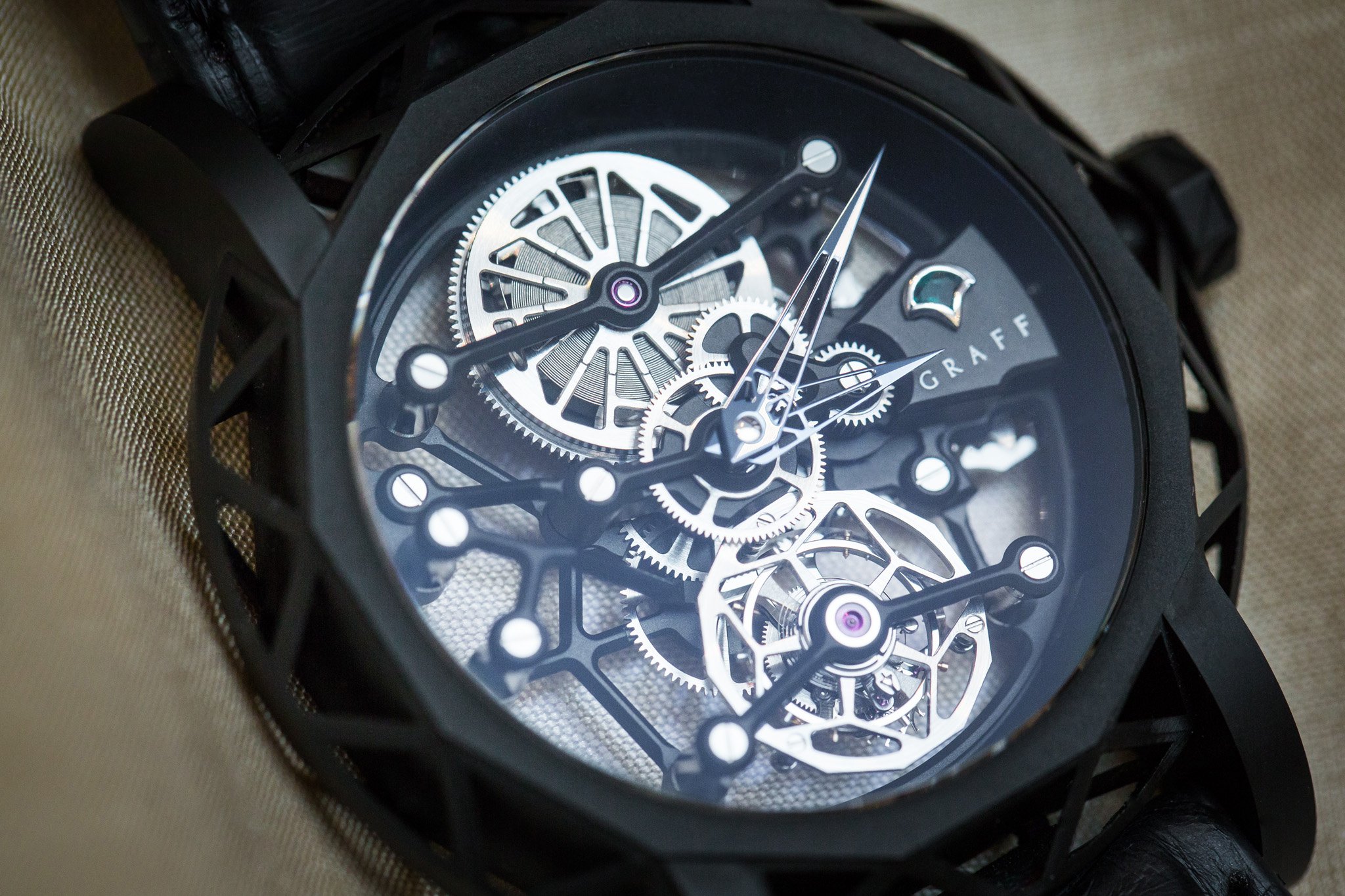 While the popularity of skeletonized watches continues to soar, few brands have opened their hearts to the public as much as Graff. Deciding to take the concept further than we’ve seen in the past, Graff is introducing a case made from 24 ‘excavated’ facets. 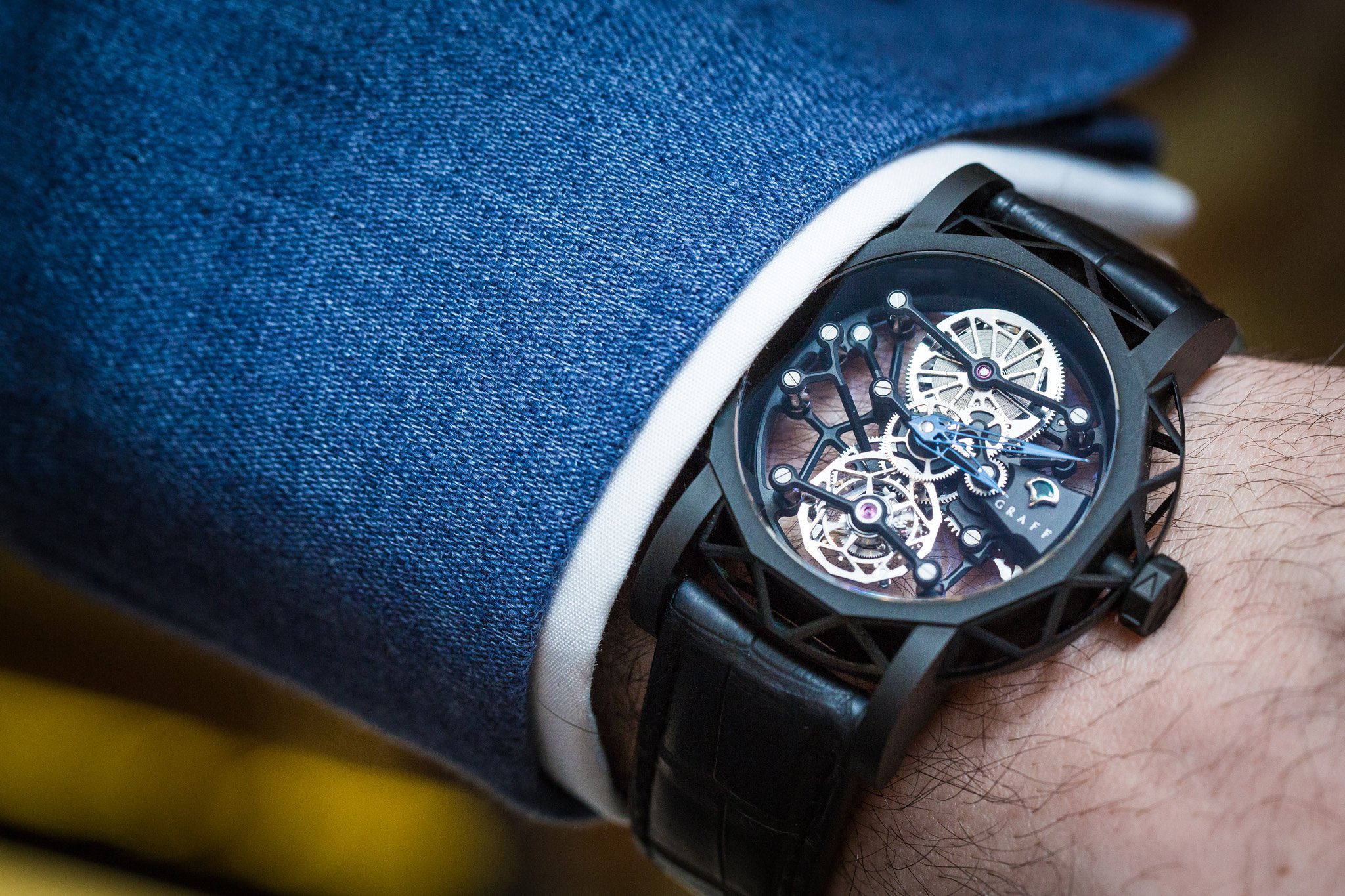 Without carats to weight them down, the titanium Mastergraff watches feel remarkably light on the wrist. But at 46mm, they still cut an impressive figure, and command the attention of the crowd. 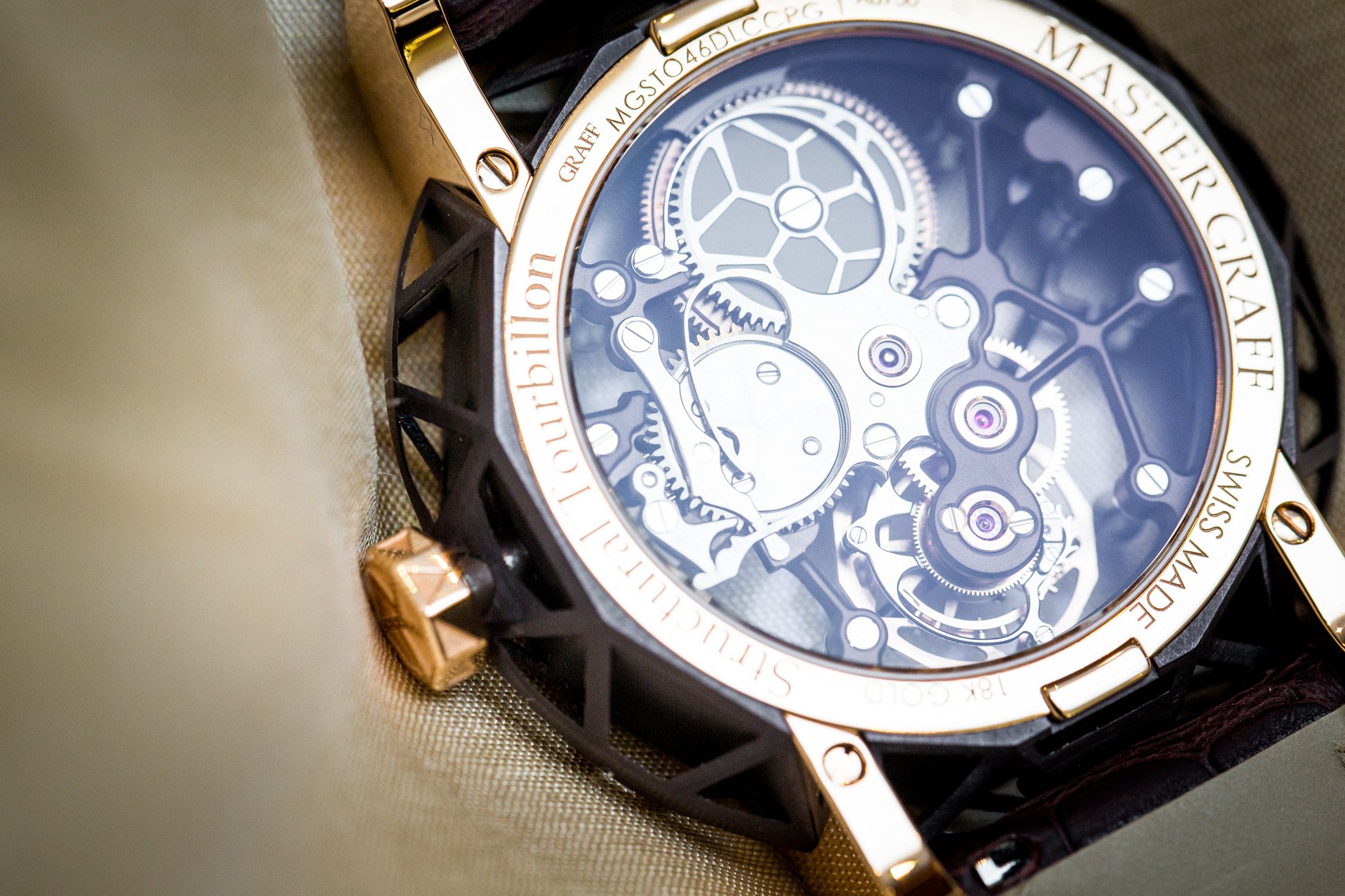 And no one is going to miss the brand’s new star. Taking center stage is the brand’s sixth proprietary movement, a skeletonized hand-wound movement with tourbillon. Graff Calibre 6 is visually striking and highly innovative. 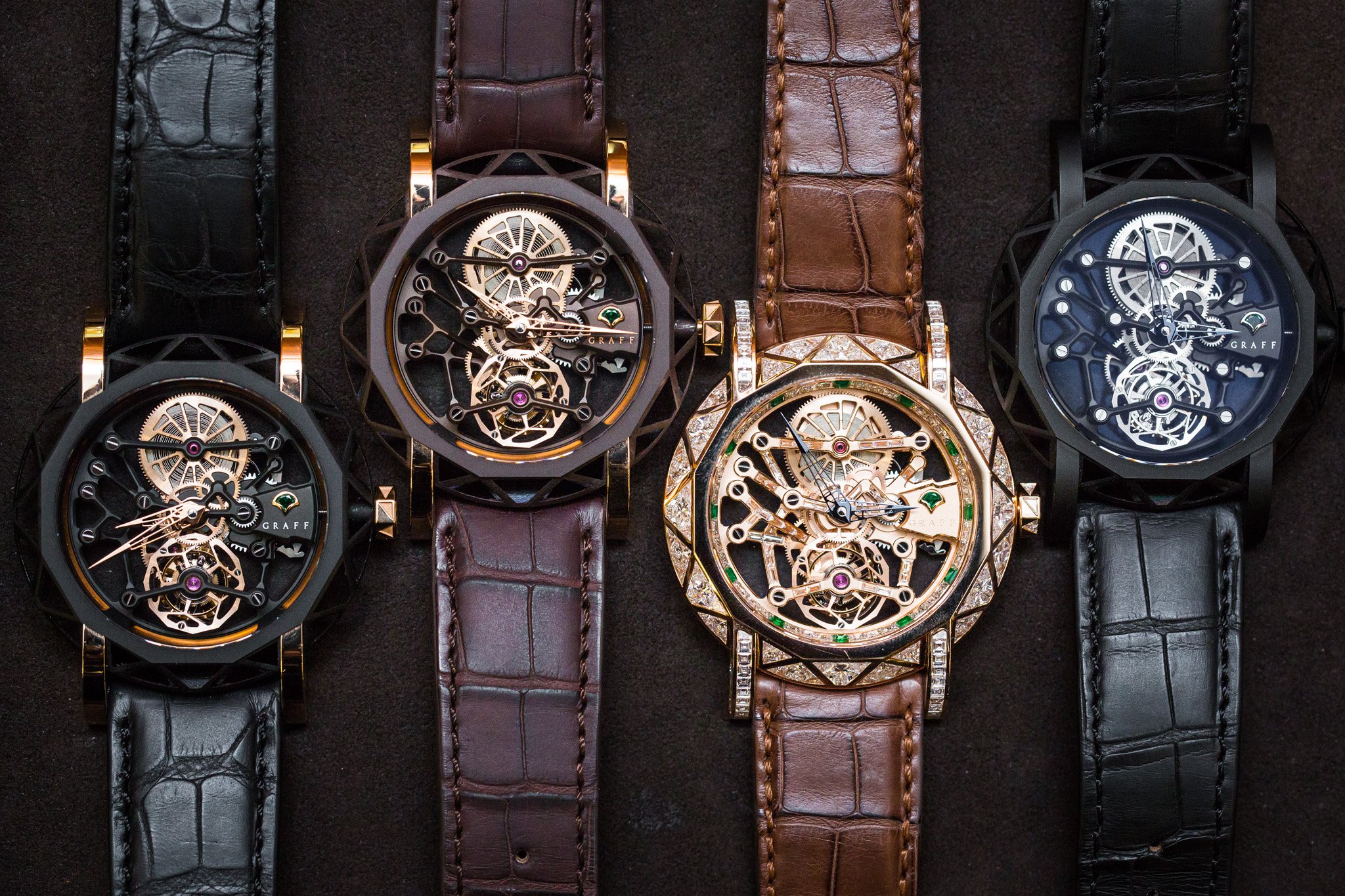 The Graff Mastergraff Structural Tourbillon Skeleton is available in three versions, in titanium black DLC, and in titanium black or chocolate DLC with rose gold detailing on the lugs, crown, and inside the dial. The watches come with a black or brown crocodile strap.

Photo Credit: Haute Time. For more information, please visit the official Graff Diamonds website. Follow Haute Time on Instagram to catch all of the new releases as they happen.