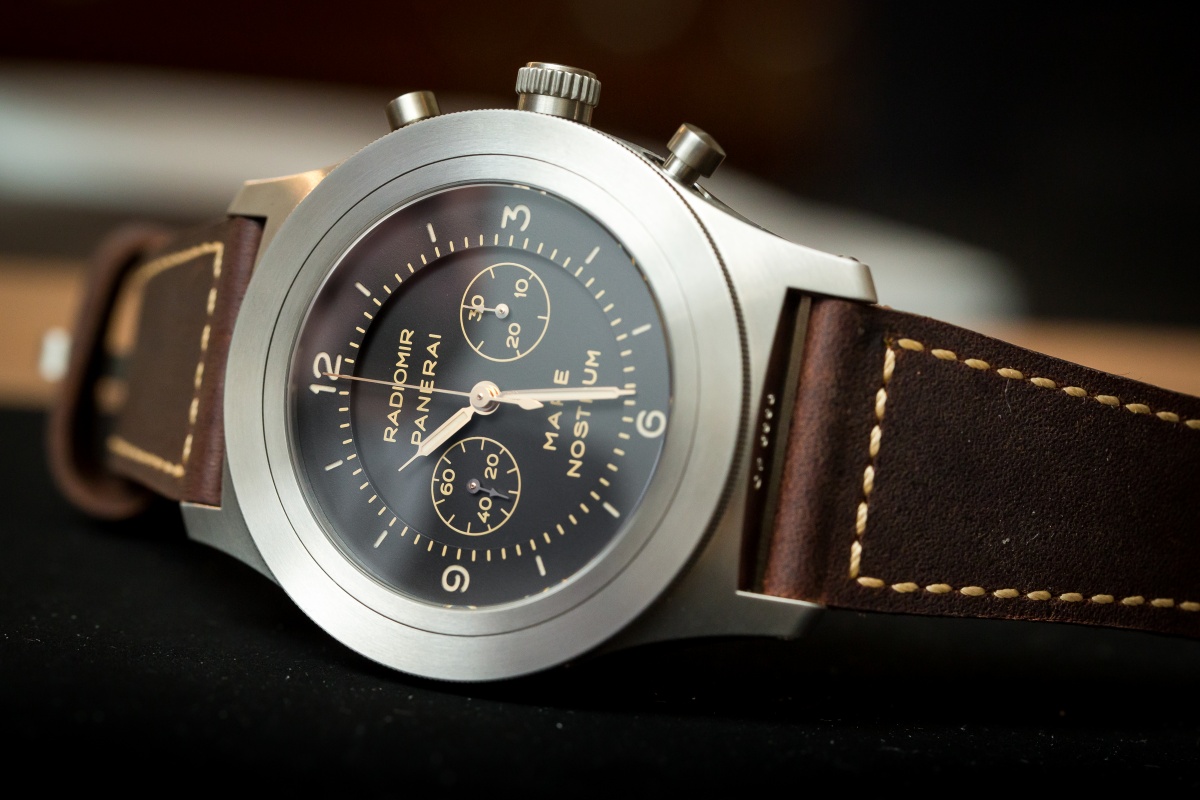 The bigger, the better for Panerai. The luxury brand has quite the reputation for large watches, but this year at SIHH 2015, even Panerai managed to surprise all of us with a massive 52mm wristwatch.

The “Carbotech” may have stolen the headlines at the Panerai booth, but the watch that left the largest impression on us – literally – was the Panerai Mare Nostrum Titanio watch (PAM00603).

While it conforms to modern trends in terms of size, this monster of a watch is actually a relatively faithful recreation of the 1943 Mare Nostrum prototype and confirms the general trend at this year’s SIHH of vintage-inspired models.

Introduced in 1943 for deck officers of the Royal Italian Navy the Mare Nostrum – meaning “Our Sea” in Italian – was introduced as a prototype and quickly disappeared from circulation.

Despite revamps in the 1990s and then once more a few years ago, the Mare Nostrum has always been the odd man out in the Panerai collection. At 52mm, the latest interpretation will also find it hard to hide, but there’s no reason too.

This time, the Mare Nostrum comes in a beautiful brushed Titanium case, making it deceptively light. Otherwise, very little has changed since 1943. Flat lines and a monochromatic dial in tobacco brown keep the watch looking clean and simple. The opposite of what the “Carbotech” achieved.

While the latter was meant to showcase Panerai’s forward-thinking creative team, Mare Nostrum reminded us all of what the brand’s rich history. And that should appeal to younger collectors who enjoy oversized watches.

While the Mare Nostrum Titanio looks very familiar to the original prototype, it houses a brand new engine in the hand-wound OPXXV caliber, which beats at 18,000 vibrations per hour.

If that seems much slower than most modern watches, that’s because it is. In fact, it beats just as the prototype would have. And to stick with history still, the calibre is once again hidden by a screwed-in back plate. The Panerai Mare Nostrum Titanio will be restricted to 150 models. Price Upon Request.