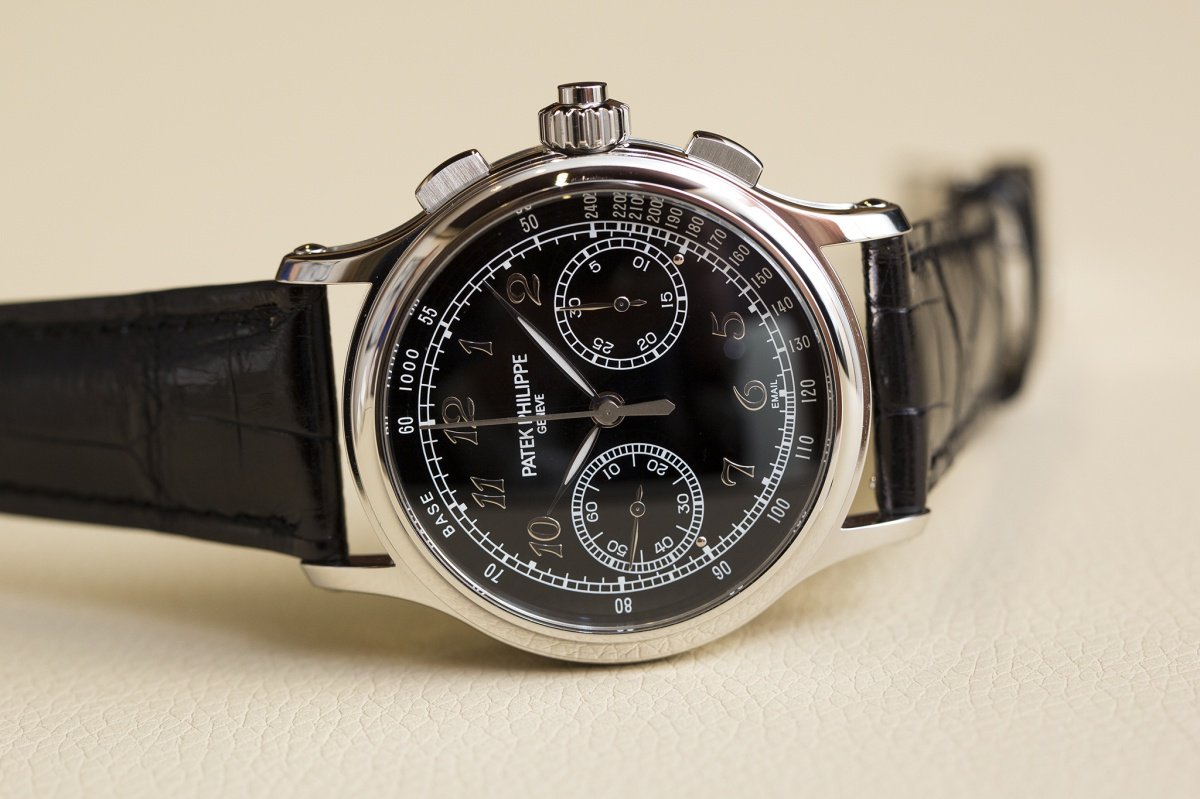 The most talked about Patek Philippe at this year’s Baselworld may have been the controversial Patek Philippe Ref. 5524 Calatrava Pilot Travel Time, but the model that remains atop the post-fair conversation is without a doubt its new split-seconds chronograph. With its stunning black enamel dial, the Patek Philippe Ref. 5370 Split-Seconds Chronograph combines the brand’s noblest qualities and fine-tunes the complication it created back in 1923, which has since become a pillar of the Patek Philippe narrative. 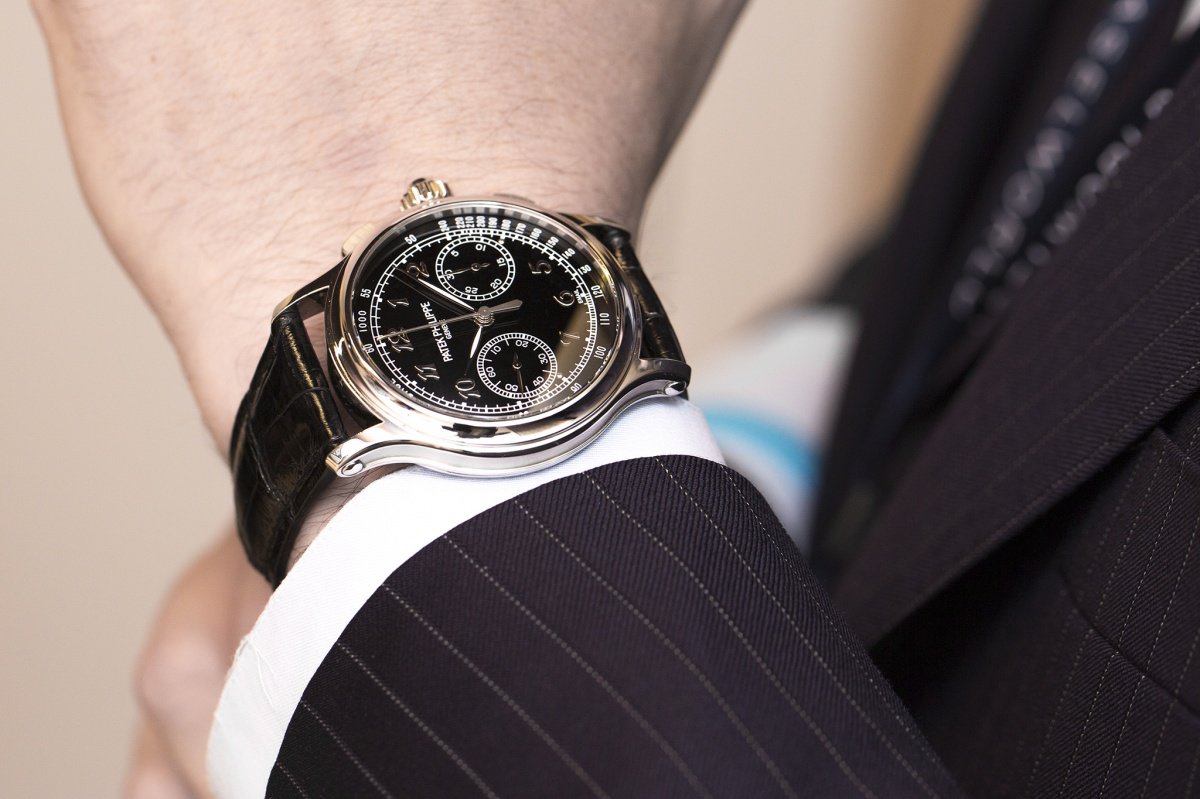 Housed in a sleek platinum case with sloping lugs and a concave bezel, the new watch features Breguet numerals and leaf-shaped hour and minute hands filled with Superluminova. Meanwhile, the chronograph hands are crafted out of “rhodiumed” steel to ensure a smooth sweep around the dial. In a modern twist, the watch also features oval chronograph pushers with a mix of brushed and polished finishing at 2 and 4 o’clock.

At 41mm, it may appear on the smaller side, but the watch is Patek Philippe’s largest split-seconds chronograph. According to Patek Philippe, the 5370 will also become its most reasonably priced split-seconds watch, in the region of $250,000. Inside, the new watch reintroduces Caliber CHR 29-535 PS Q, a beautifully complex manually wound movement with traditional column wheel system and horizontal clutch. Once admired through the sapphire-crystal case of the Patek Philippe 5204P-011, it makes another stunning appearance in the Patek Philippe 5307 Split-Seconds Chronograph. It may have kept far from the ruckus of the fair, but its made the greatest argument for the best watch of Baselworld 2015. 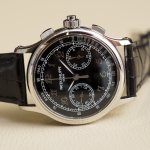 For those who want to learn more about Patek Philippe, the Swiss brand will be hosting its bi-annual Grand Exhibition in London and rumor has it one of the most celebrated split-seconds chronograph ever, the Patek Philippe Ref. 130 will be display at the Saatchi Gallery in June.

Photo Credit: Haute Time. For more information, please visit the official Patek Philippe website. Follow Haute Time on Instagram to see more watches on the wrists of collectors and to catch all of the new releases as they happen.