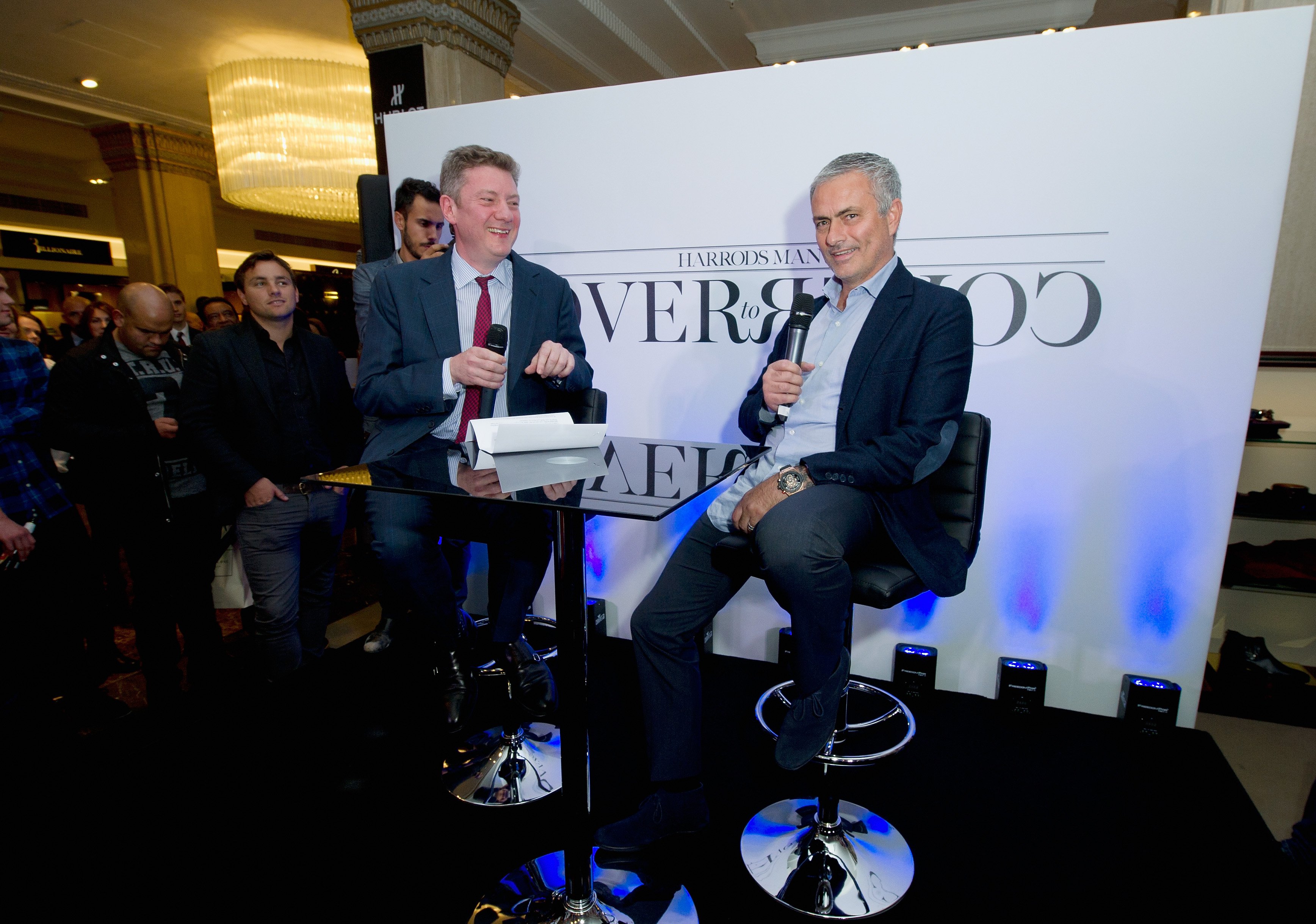 When it comes to counting down the days until Christmas, there is no better measure than a quick stroll through the first floor at Harrods. The prestigious British retailer gets busier as the holiday season approaches and clients hurry to find the perfect present before it gets snapped up. But the huge crowds gathered last night were there to catch something else: a glimpse of José Mourinho.

The Chelsea Football Club manager, who moved back to the capital last year, was the guest of honor for the inaugural launch of Esquire’s Big Watch Book, of which Hublot graces the cover. The evening was marked by a live Q&A, led by Esquire Editor, Alex Blimes, who braved the issue of Chelsea’s surprisingly poor start to the 2015/16 season.

Mourinho was his usual self, charming his way through the answers with the confidence of a man who does not need to prove himself. ‘The Special One’ reassured Londoners. He is here to stay! The most fashionable manager in the Premier League, Mourinho also flashed his latest wristwatch, a Big Bang Unico Bi-Retrograde Chrono that he has worn since the summer of 2014.

The self-confessed “watch fanatic” is quite serious about his wrist game. An ambassador of Hublot since 2014, he’s already collaborated with the brand on designing his own model, the King Power “Special One” Jose Mourinho. Win or lose, his wrist always features on the back pages of every newspaper in the country, more often than not clinched into a fist after victory. For the past 12 months, he’s been seen wearing the Big Bang Unico Bi-Retrograde Chrono.

Why? Because Mourinho likes to wear only one watch until he wins his next trophy. Like many watch collectors, Mourinho purchases watches based on his team’s results. For every major trophy he wins, he rewards himself with a new watch.

What makes his personal collection unique is what he does with his previous watches. Each one is ‘retired’ and kept inside his personal trophy cabinet sitting beside the trophy won while wearing the watch. It’s not hard to guess how many watches he has then, considering the 21 titles under his name.

Photo Credit: David M. Benett/Dave Benett/Getty Images for Harrods. For more information, please visit the official Harrods website. Follow Haute Time on Instagram to catch all of the new releases as they happen.Photo