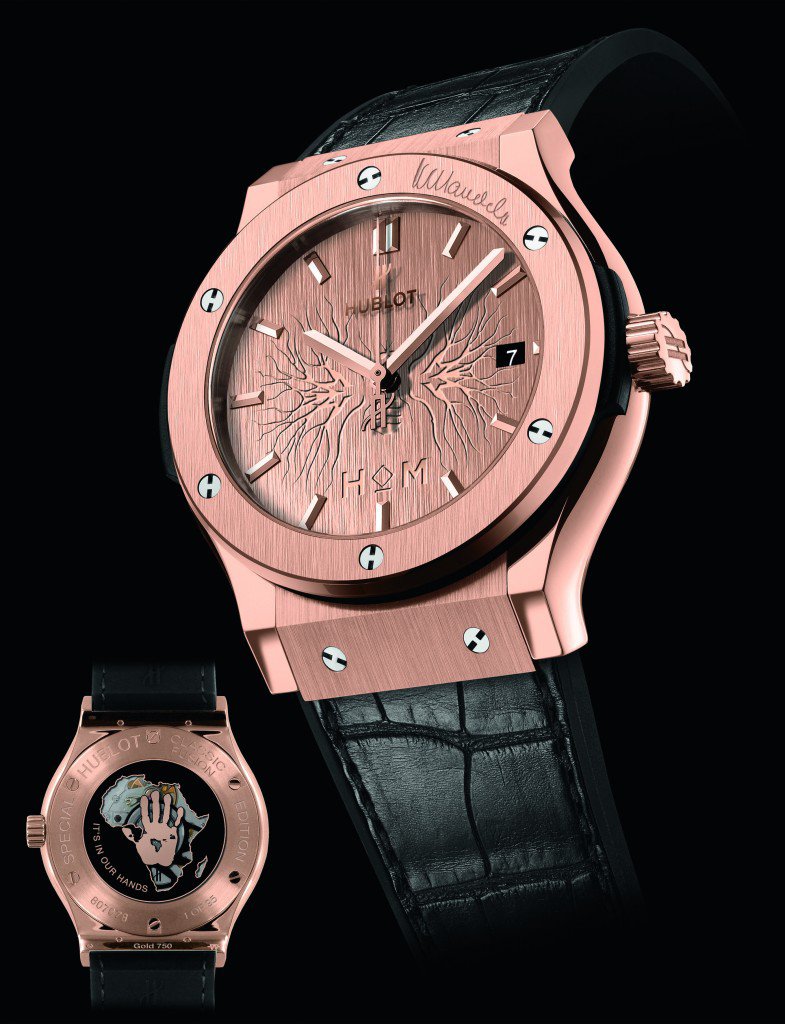 Easily one of modern history’s most important and influential figures, Nelson Mandela fought to bring human rights and racial equality to South Africa by working to overturn Apartheid. “Madiba”— who passed away in 2013— later became the first black President of the nation. Today, in collaboration with the House of Mandela foundation, Hublot pays tribute to the revered leader with the unveiling of the Classic Fusion House of Mandela.

The alluring timepiece is a homage to his legacy and exceptional character. A portion of the profits generated by the sale of the pieces will be donated to support The House of Mandela foundation, which aims to commemorate the life and philosophy of Mandela through various charity projects, including supporting the education of South African children.

The Hublot Classic Fusion House of Mandela is crafted from 18k King Gold and available in two different models: a 45mm diameter men’s piece and a 42mm diameter women’s piece with a bezel set with 35 diamonds. The dial carries the totem of the Mandela family, a bee with branching wings that symbolizes the many branches of the Mandela family tree. The bee is inspired by Nelson Mandela’s Xhosa name, Rolihlahla. The name translates to “he who is brave enough to fetch the honey from the honeycomb” or “challenge the status quo”.

“It is an honour for us to have been able to create this piece as a tribute to such an important figure as Nelson Mandela, who has made a lasting mark on the history of humanity,” said Ricardo Guadalupe, CEO of Hublot. “The Classic Fusion House of Mandela is a way for us to ensure the philosophy and actions of this great man continue to live on.”

The special edition piece is limited to only 95 pieces, symbolizing the age that Nelson Mandela passed away.