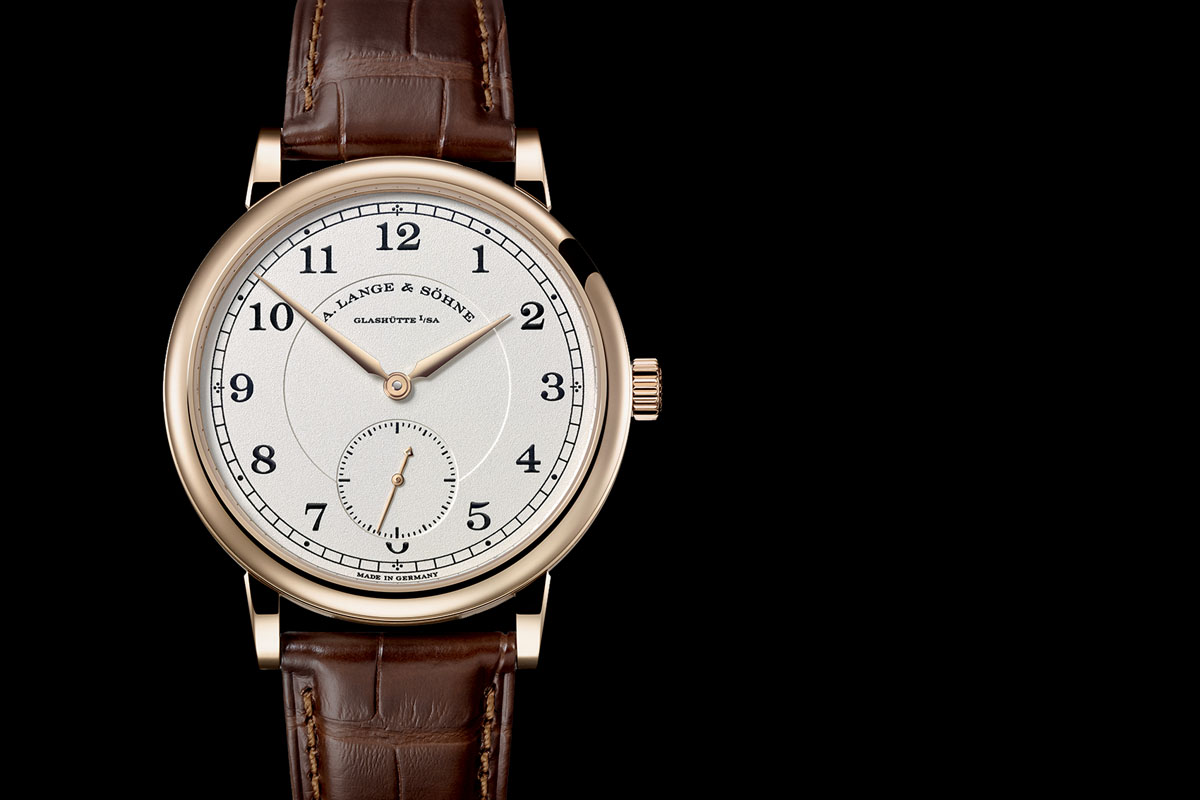 In the collection of A. Lange and Sohne, there are two classical, understated, elegant dress-watches. If the Saxonia is the entry-level and simple offer (no offense here, it is a really great deal), the 1815 is the traditionalist one, the conservative side of A. Lange and Sohne. After a first edition in platinum with a black dial, the brand continues to celebrate the 200th anniversary of Ferdinand Adolph Lange (the founder of the manufacture) with another edition, the A. Lange & Sohne 1815 Anniversary of F.A. Lange, in Honey Gold. 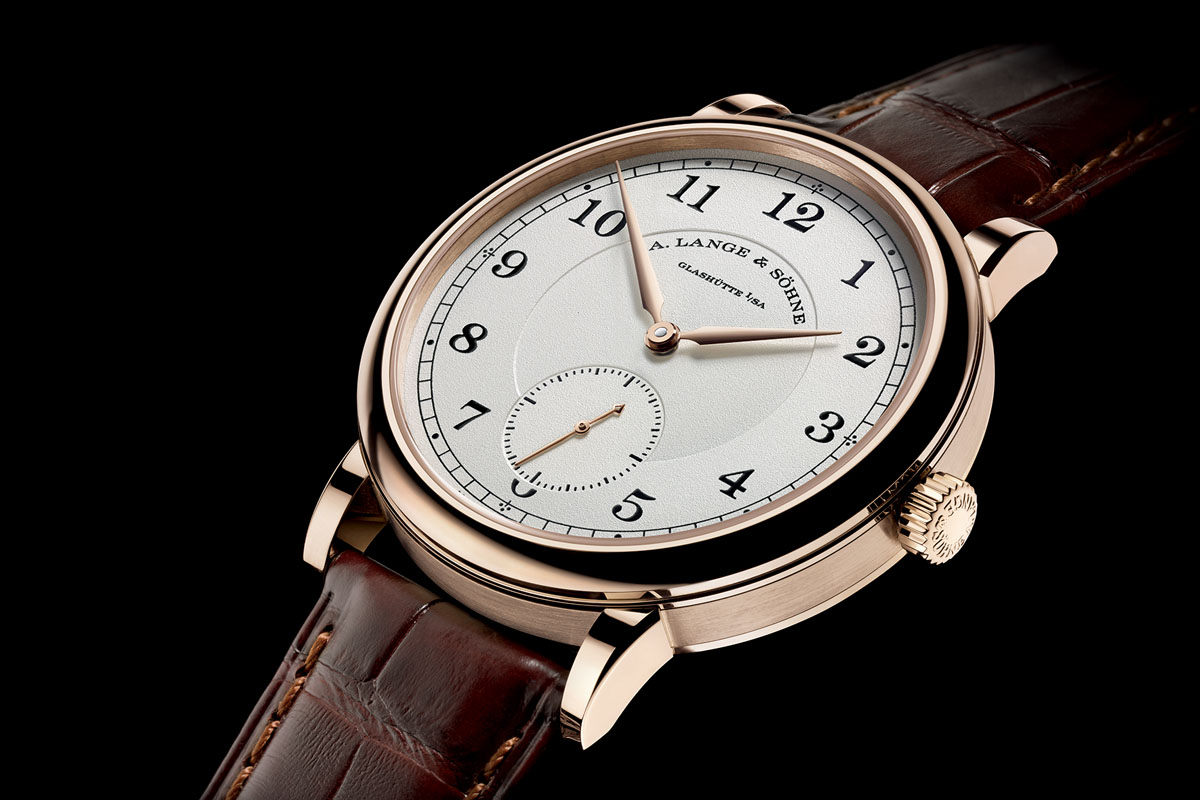 Honey Gold is a proprietary alloy with a very soft honey tone, in between the colour of the untreated german silver used for the movements and the bright and warm tone of yellow gold. It is softer, more classy, more discreet – and more exclusive as only available on certain editions of A. Lange and Sohne watches. Together with this case (that is still measuring a reasonable 40mm), the dial is also exclusive and features a slightly grained surface – the dial is made of solid silver and is silvery-white colored. This 3-hand watch was previously only available in 3 editions: a silver dial with a white gold or a pink gold case and with blued hands or a rhodium dial with a platinum case and silver hands. Then came the limited edition of the A. Lange and Sohne 1815 comes with a glossy black dial. Now we have this very pure, almost brass looking edition. 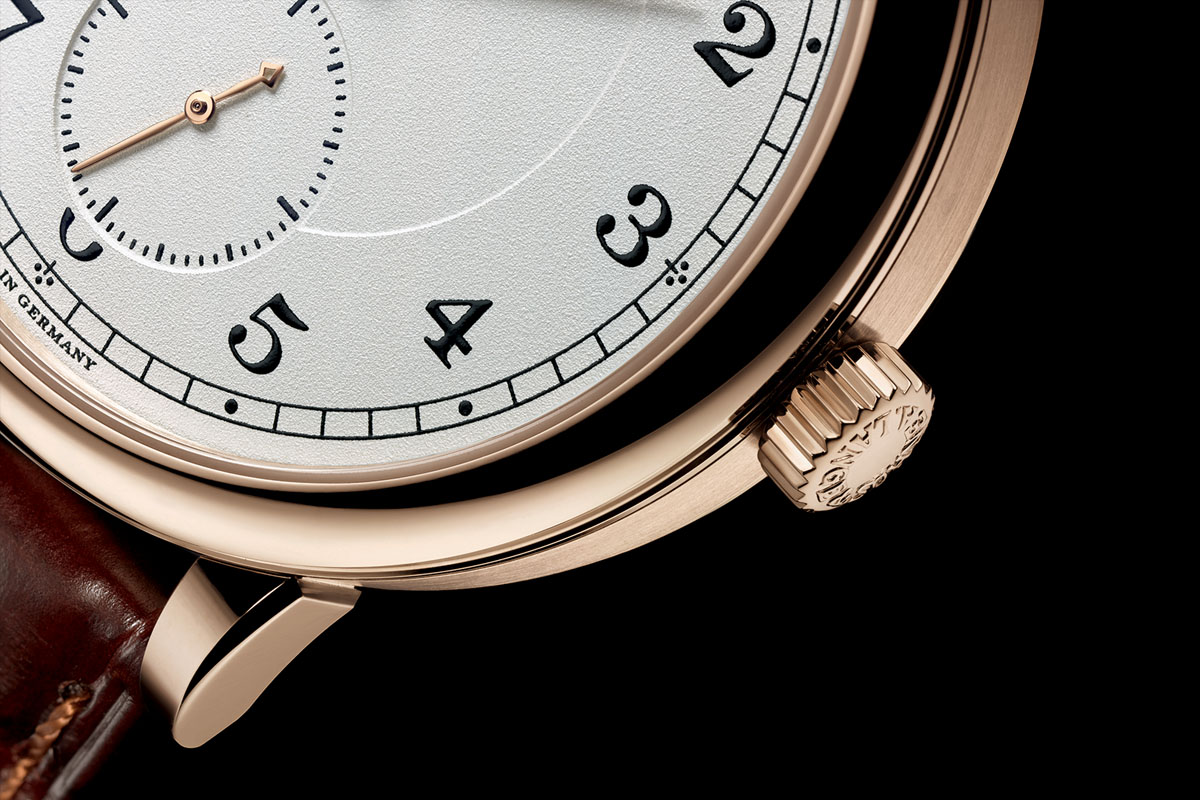 The dial of the A. Lange and Sohne 1815 Anniversary of F.A. Lange is inspired by silvery dials of historic observation watches and marine chronometers. It features a railroad minute track and large Arabic numeral for each hours. The hands, with their typically Lange shape, are matching the honey gold case. The display of the 1815 is simple: hours and minutes on the central axis and the second in a subsidiary dial at 6. As said, traditional and almost conservative, but so desirable. 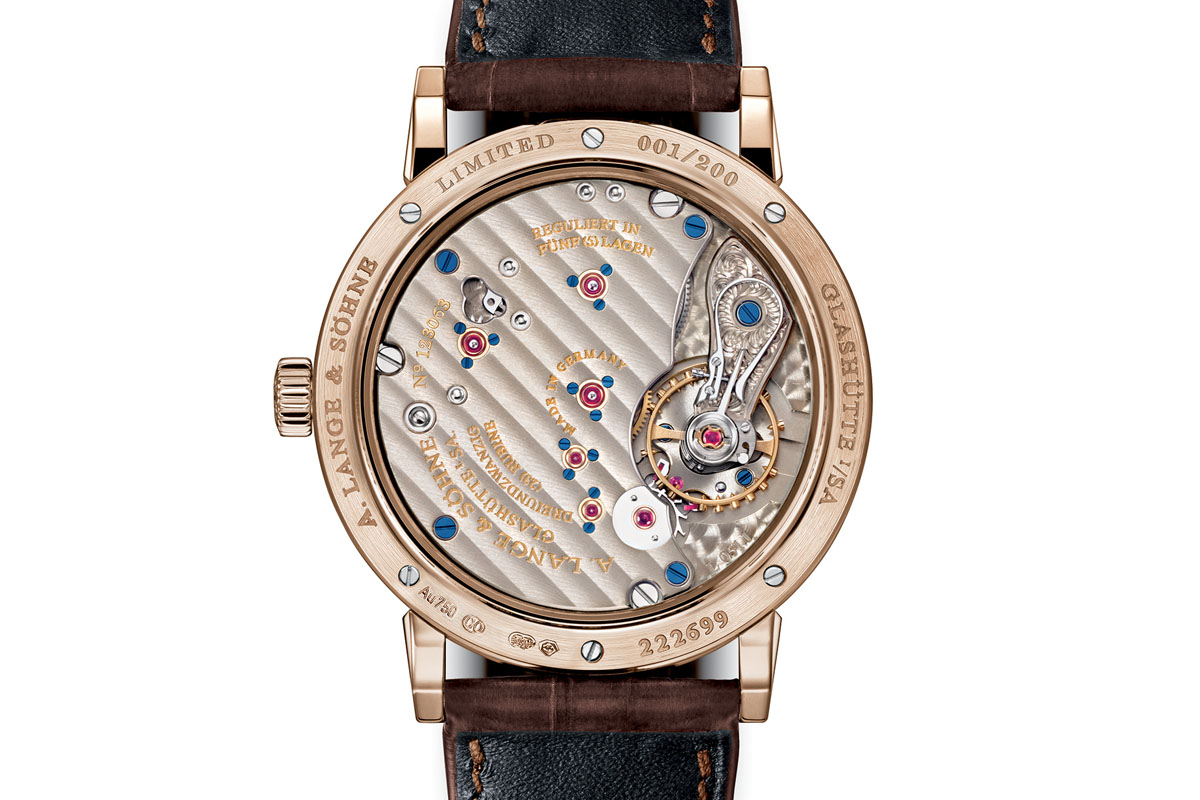 Under the dial ticks the Lange manufacture calibre L051.1, a manually wound movement, with a large diameter that fills the case. It includes the typically German three-quarter plate made of untreated German silver (that is actually not made of silver), the hand-engraved balance cock, the classic screw balance, the precision beat-adjustment system with lateral set screw and whiplash spring, and five gold chatons that are secured with thermally blued steel screws. It has a power reserve of 55 hours, with two barrels.

Like its black dial sibling, the A. Lange and Sohne 1815 Anniversary of F.A. Lange in Honey Gold will be limited to 200 pieces and priced at 31,500 Euros (just like the black dial / platinum edition). More details on A. Lange & Sohne official.