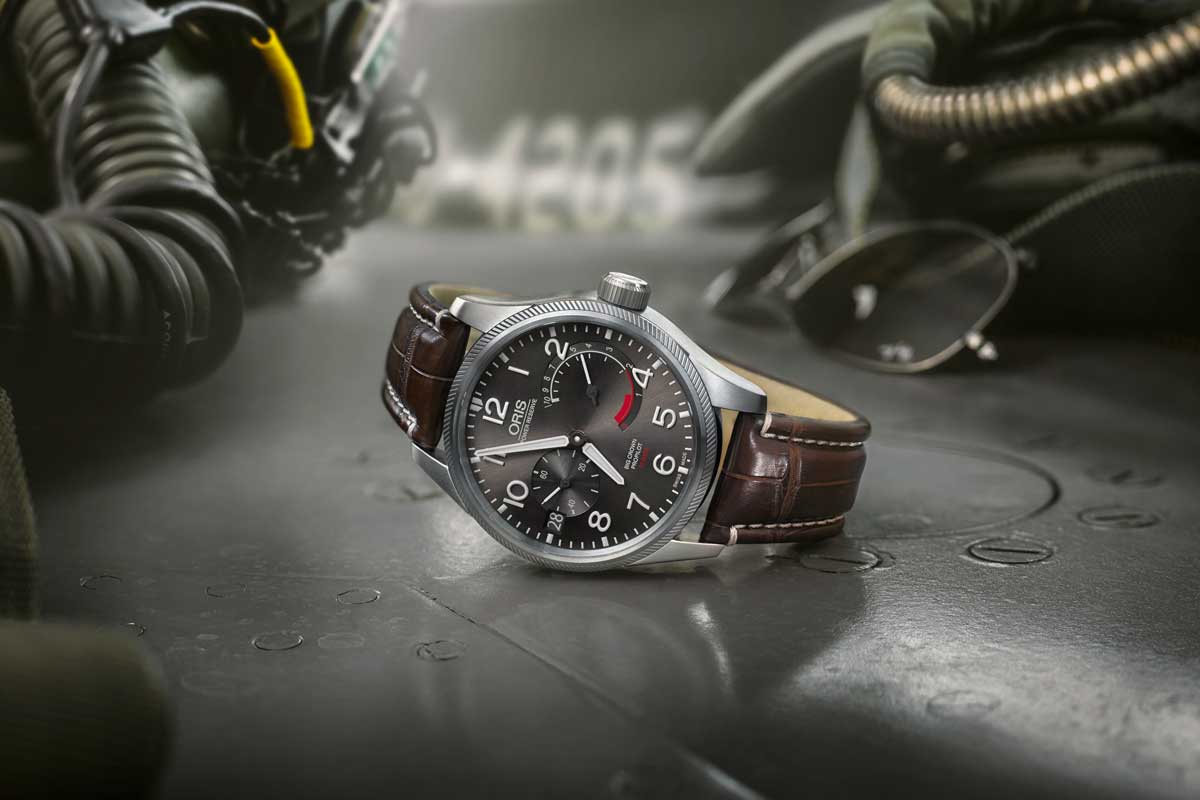 Last year Oris surprised everyone with the launch of their first in-house movement (we reviewed it for you here), which was introduced for the celebration of their 110th anniversary. The caliber’s name on the other hand couldn’t be named a surprise, as they dubbed it calibre 110. Now Oris has created a new timepiece in the ProPilot collection – yes, that’s the collection with the marvelous ProPilot Altimeter that we tested in its ‘natural environment’ – and they equipped that watch with a new version of calibre 110 that features a date function. Let’s have a closer look at the new Oris Big Crown ProPilot Calibre 111.

The new Oris Big Crown ProPilot Calibre 111 is actually the very first Oris that comes with the new calibre 111. Of course that makes this an important watch for the brand, and we think that this watch will be off great interest to collectors as well. However before I’m going all technical on you, let’s have a quick look at the design. It takes its design cues from the aviation-inspired Big Crown ProPilot collection. The Big Crown ProPilot Calibre 111 comes in a satin-finished stainless steel case that is reasonably sized at 44mm in diameter. The bezel is coin-edged, and as the name already gives away, it has a big crown that is good for grip (pilots in the old days wore big gloves and the crown had to be big). The anthracite dial comes with applied Arabic numerals in luminous material, and also the hour and minute hands feature luminescent inlays. It’s a pilot’s watch so legibility is key! 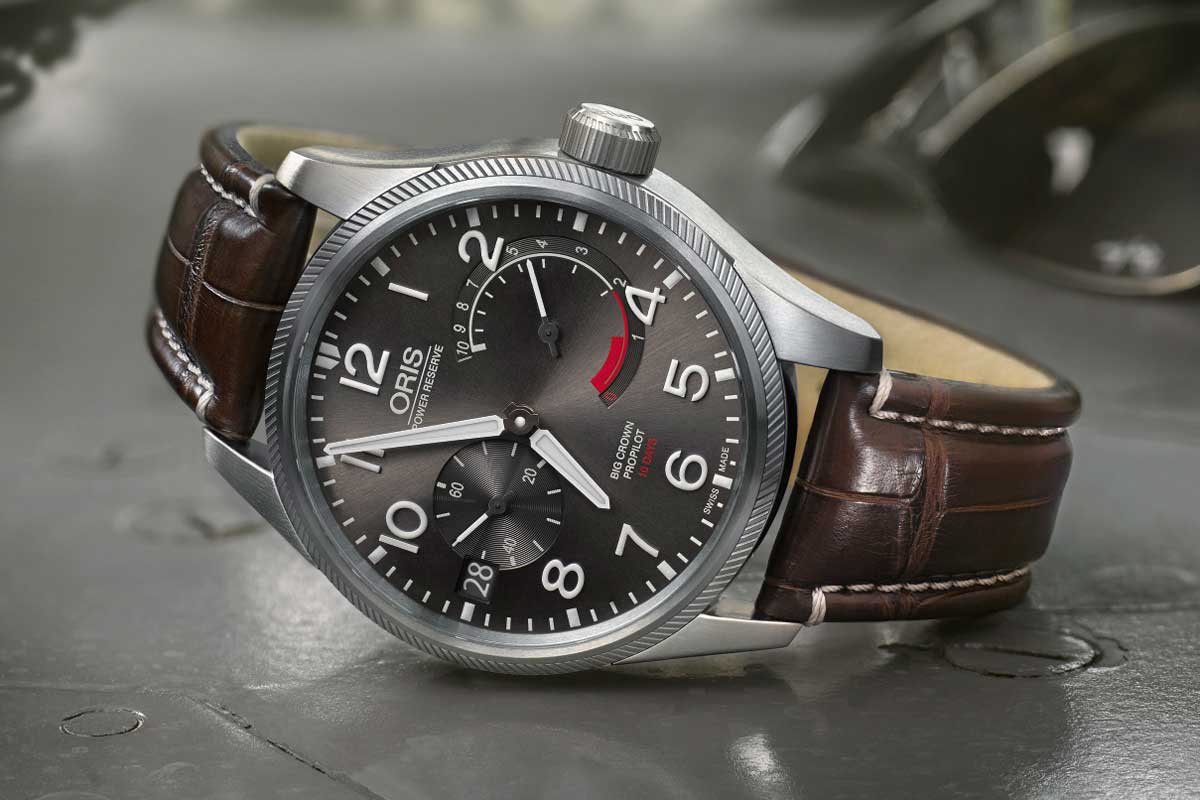 Now back to the new movement! It is of course a big thing for a company like Oris, to develop their own movement. The development was done together with a team of specialists and in collaboration with L’École Téchnique in Le Locle (technical school in Le Locle, Switzerland). You have to realize that developing a movement from scratch, when you have mainly been encasing movements in the past decades, is a entirely new ball game. New knowledge, new skills, new machineries, etc. 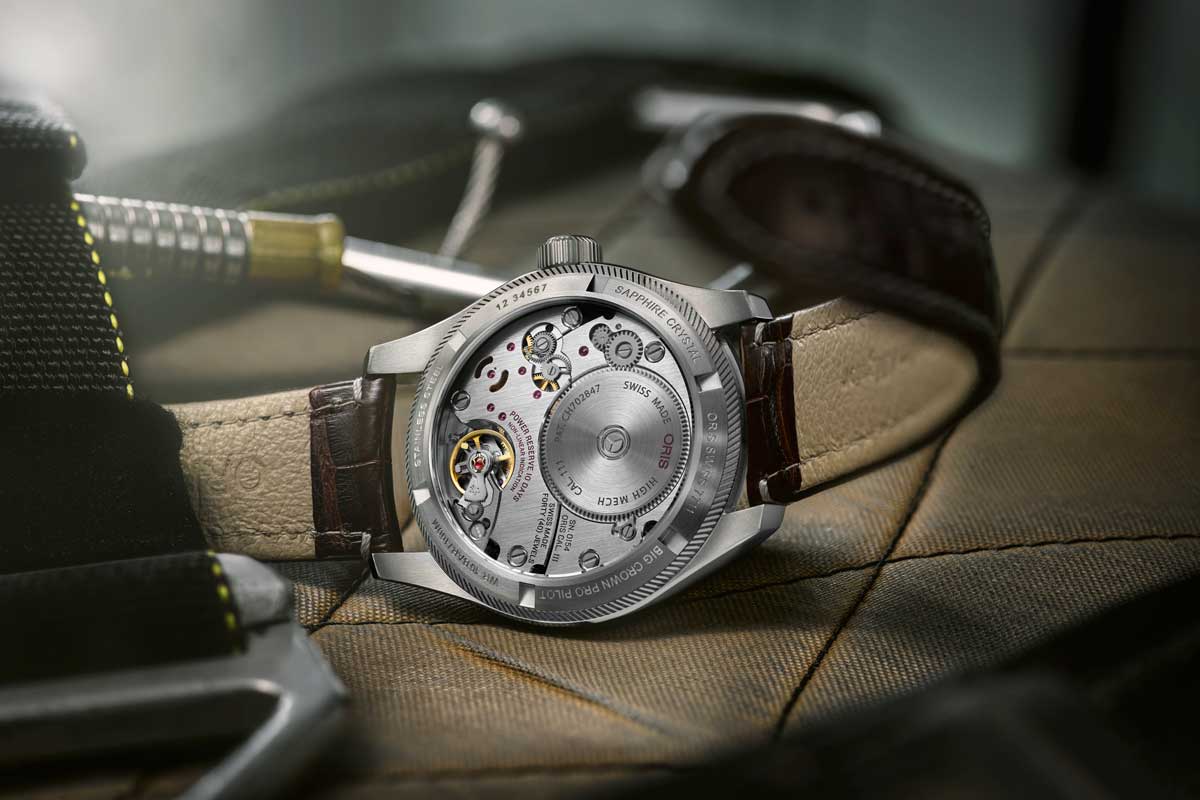 When Oris launched calibre 110, this was their very first in-house movement that to be honest, it wasn’t perfect. The version of calibre 110 that we got to test didn’t have the most stable chronometric rates, and that actually was no big surprise. Imagine a massive main spring, that holds more than 10 days of power reserve. Now when that main spring is fully charged, the torque is enormous! There is a reason why some watch companies in the higher echelons opt for ‘constant force mechanisms‘.

As with every main spring, the torque, and thus the provided amount of energy, is never 100% stable from when the spring is fully wound, until the moment that it’s almost unwound. The longer and stronger the main spring is, the more variation you will experience in the torque; it is a natural effect that only a complex and expensive constant force mechanism can compensate for that.

Shortly after the launch of calibre 110, Oris reworked and improved the movement, and found a simple and effective solution for this problem, that didn’t cost any extra money. OK, in terms of chronometric rates the results are not as good as that of a pricy constant force mechanism; it has to be said. However in terms of effectiveness it’s clever and it works. Oris made the main spring slightly longer (1.8 meters) and cuts of the delivery of power after 10 days. So when the torque drops below a certain value, the power is cut off although there is some power in the spring. When the main spring is fully wound, the movement will probably run a bit too fast (because of the massive torque) and towards the end, when the torque is low, it might run a tad too slow. 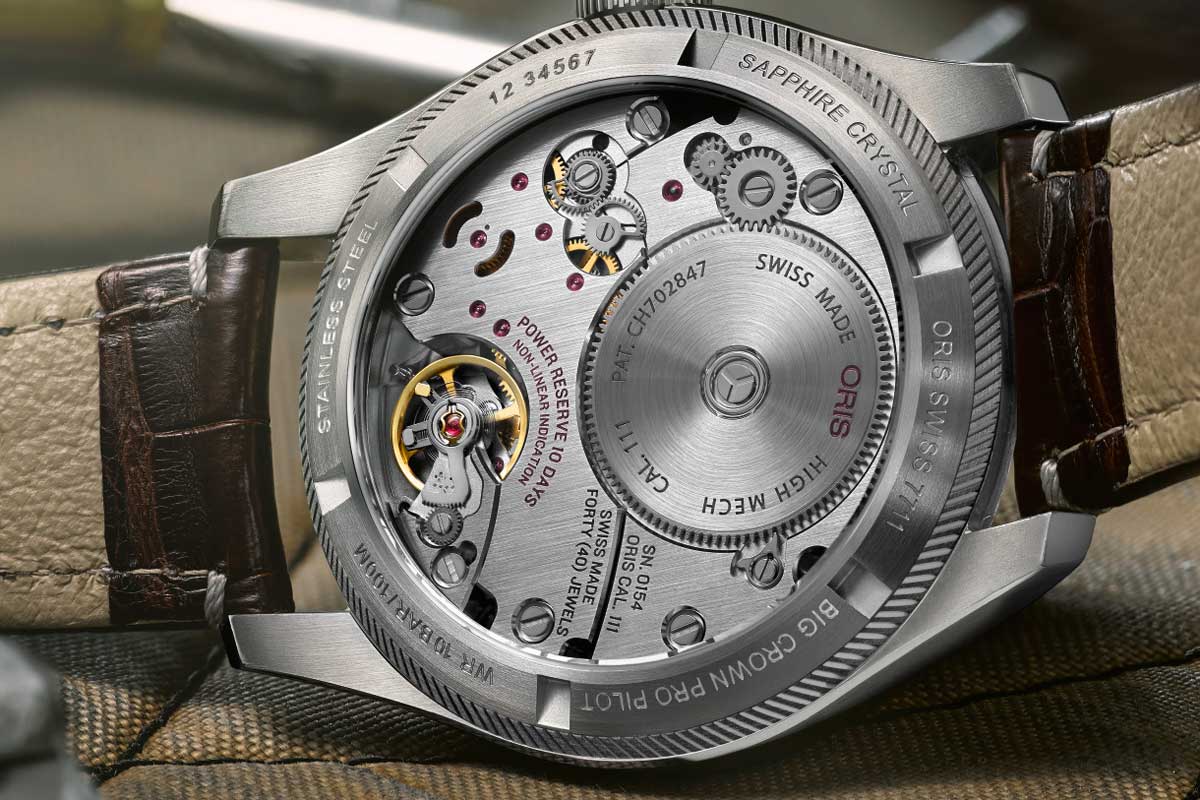 Furthermore the power-reserve indicator is red for the last 1.5 days, as it’s better to wind the watch before, in order to keep a good accuracy. Another thing that will help, is that Oris regulated the movement to the average. On average the movement runs just fine, and calibre 111 has enough power for 10 days of autonomous running. It’s an economical and pragmatic solution!

The Big Crown ProPilot Calibre 111 is available with a choice of Louisiana crocodile leather strap, a textile strap or a stainless steel bracelet. And for a price of CHF 5,200 Swiss Francs it’s probably the most affordable pilot watch on the market, with an in-house movement that offers significant power reserve. As Oris own tagline says, ‘real watches for real people’. And it looks like they’re doing a really good job at it.