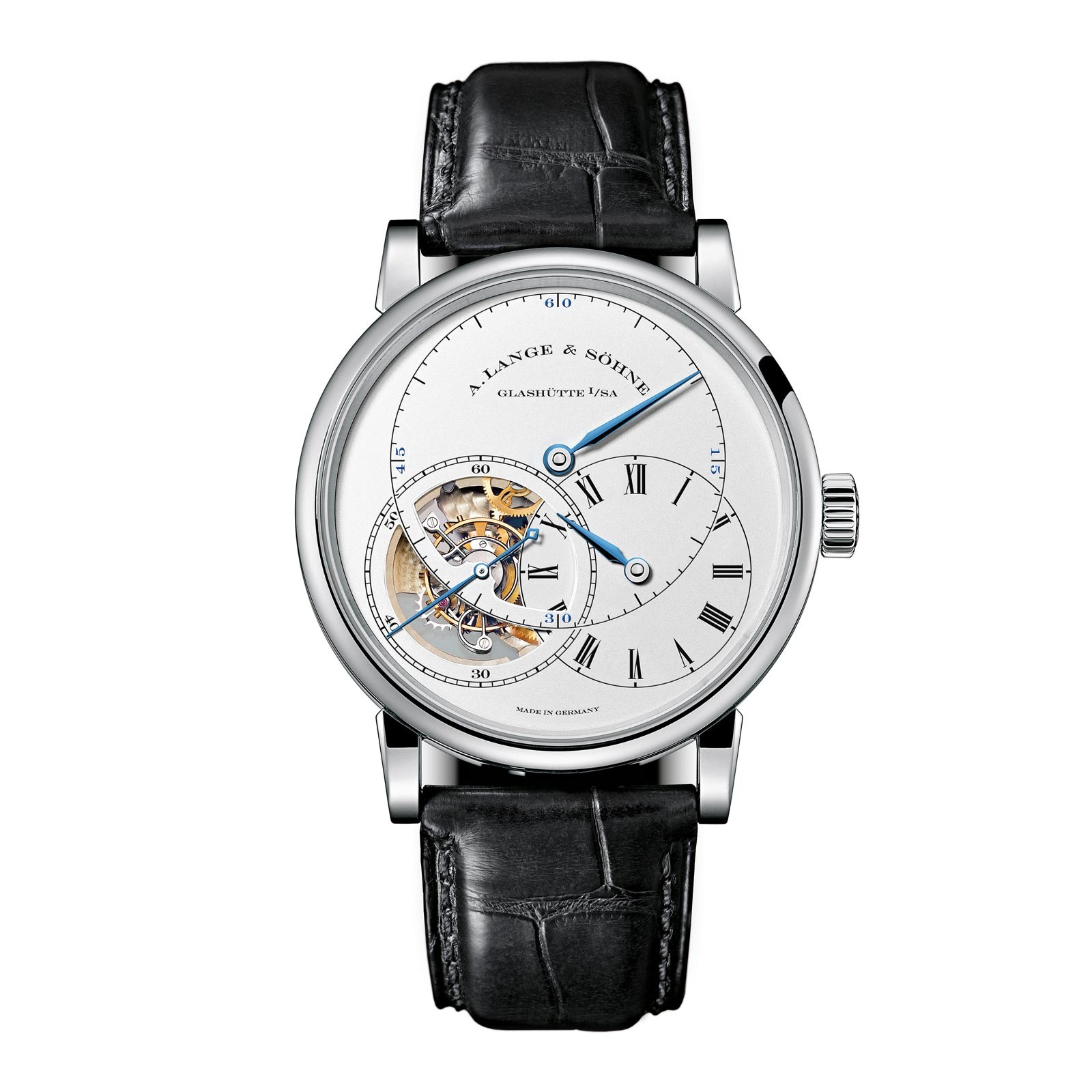 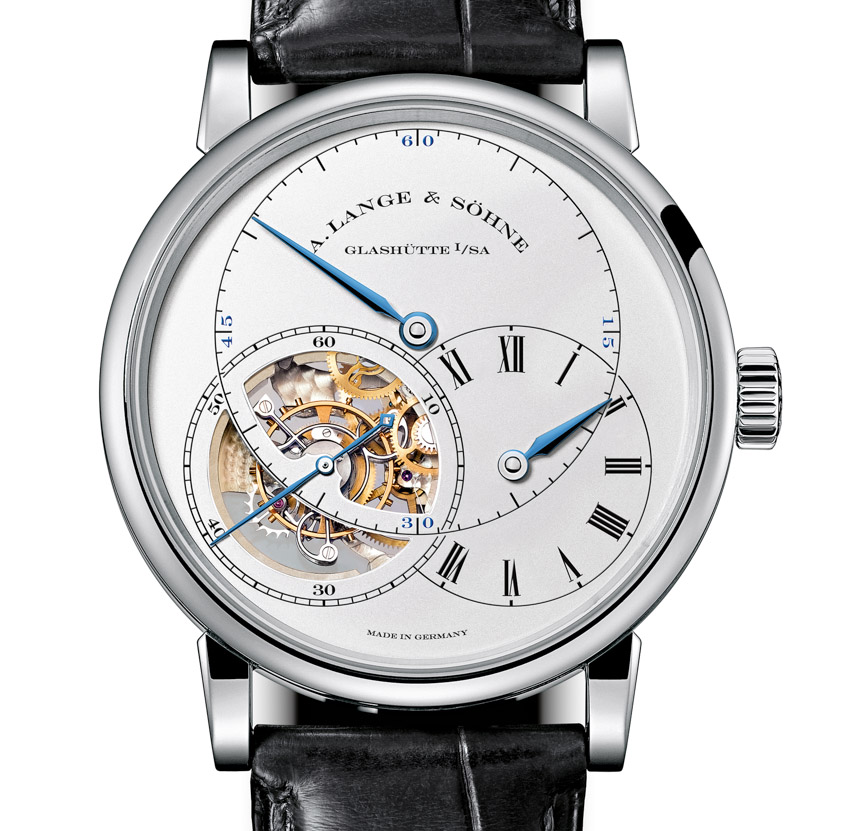 Richard Lange Tourbillon ‘Pour le Merite’ comes with the same regulator style dial that can be found in the impressive 2014 Richard Lange Perpetual Calendar Terraluna, meaning a large minute sub-dial at 12, a small second sub-counter at 7 and a surprising hour counter at 4, with a patented segment that hides when not required. At the intersection of the two lower sub-dials, a portion of the hour-dial is visible only when the hour-hand is between 6 and 12. This pivoting dial segment allows to clearly read the time when needed and to have a full view on the tourbillon when the hand is on the other side.

The case is now available in 18k white gold with specific blued-hands. Even if part of the regular range, this exclusive special model is available only at A. Lange & Söhne boutiques. It has been revealed for a special occasion, the opening of a new ALS Boutique in NYC. The case and main specifications remains the same, a 41.9mm x 12.1mm watch that, even if bringing a very high level of complication, remains fully wearable and comfortable on the wrist. 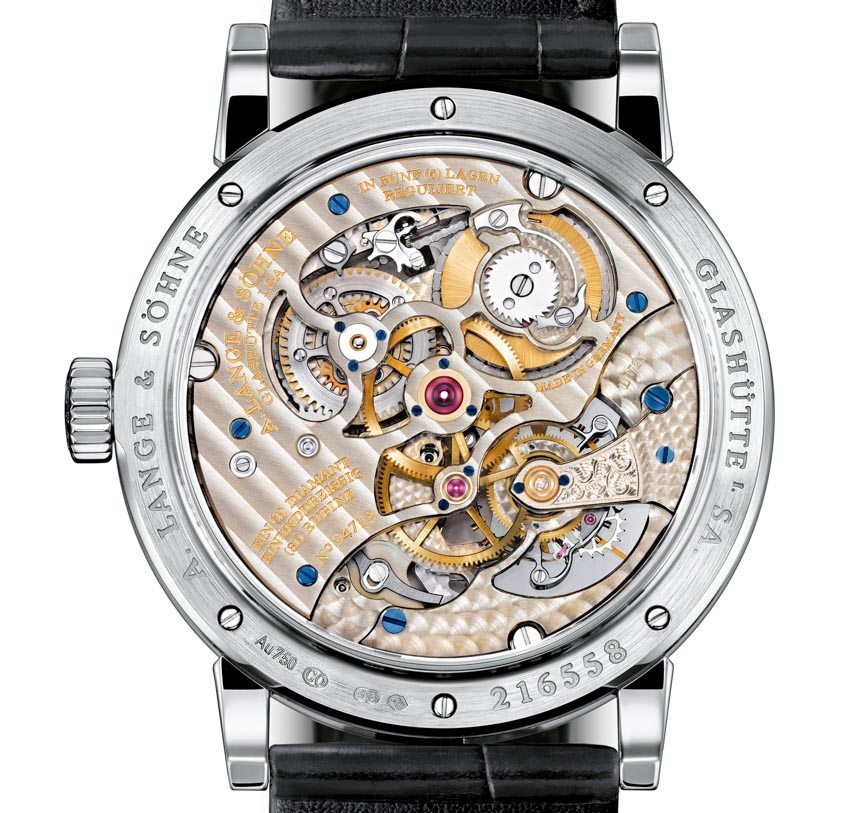 That leads us the mechanics. We told you, the name ‘Richard Lange’ apposed next to ‘Pour le Mérite’ should give some clues on what ticks inside the A. Lange & Söhne Richard Lange Tourbillon. Clearly, we are in front of the best of the Saxonian Manufacture.

This magnificent technology can be seen through the sapphire caseback. The movement is finished to the highest standards, with hand-made bevelled angles, Glashutte stripes, perlage, engraved balance cock. The movement is composed of not less than 987 parts (including the 636 parts of the chain, with links measuring 0.6mm x 0.3mm). One detail to notice: the axis of the tourbillon is classically set into a jewel, but here, it is a diamond.

All in all,This Richard Lange watch is a materpiece of A. Lange & Söhne.