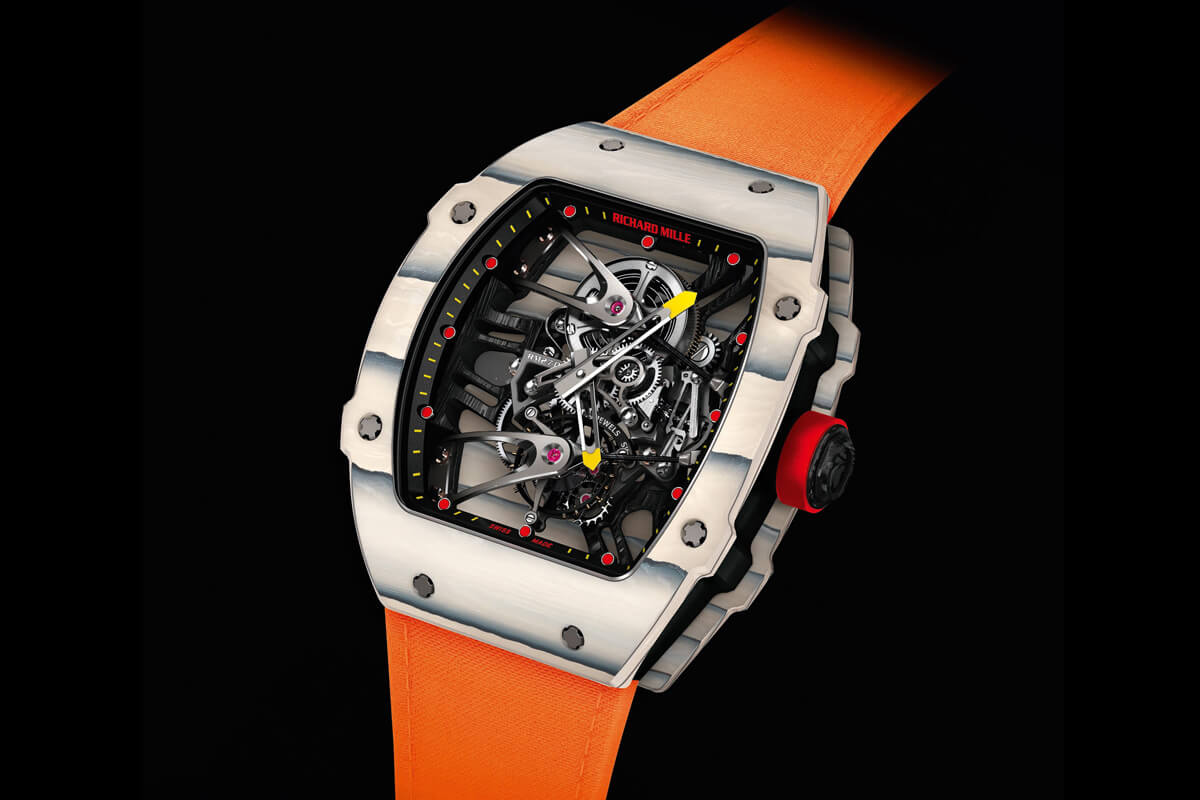 The concept of Only Watch is to auction unique watches in order to raise funds to help Muscular Dystrophy research. As we’ve seen earlier this week, major brands came up with one-of-a-kind superb watches, just like FP Journe or Patek Philippe. There’s actually another way to participate to the auction, by giving a prototype or the very first example of a limited edition. For Only Watch 2015, Richard Mille chose to give a RM 27-02 Tourbillon Rafael Nadal, identical to the production piece, except one little detail: it’s the example that Rafa worn and tested himself during the 2015 tennis season (including Roland Garros and Wimbledon). 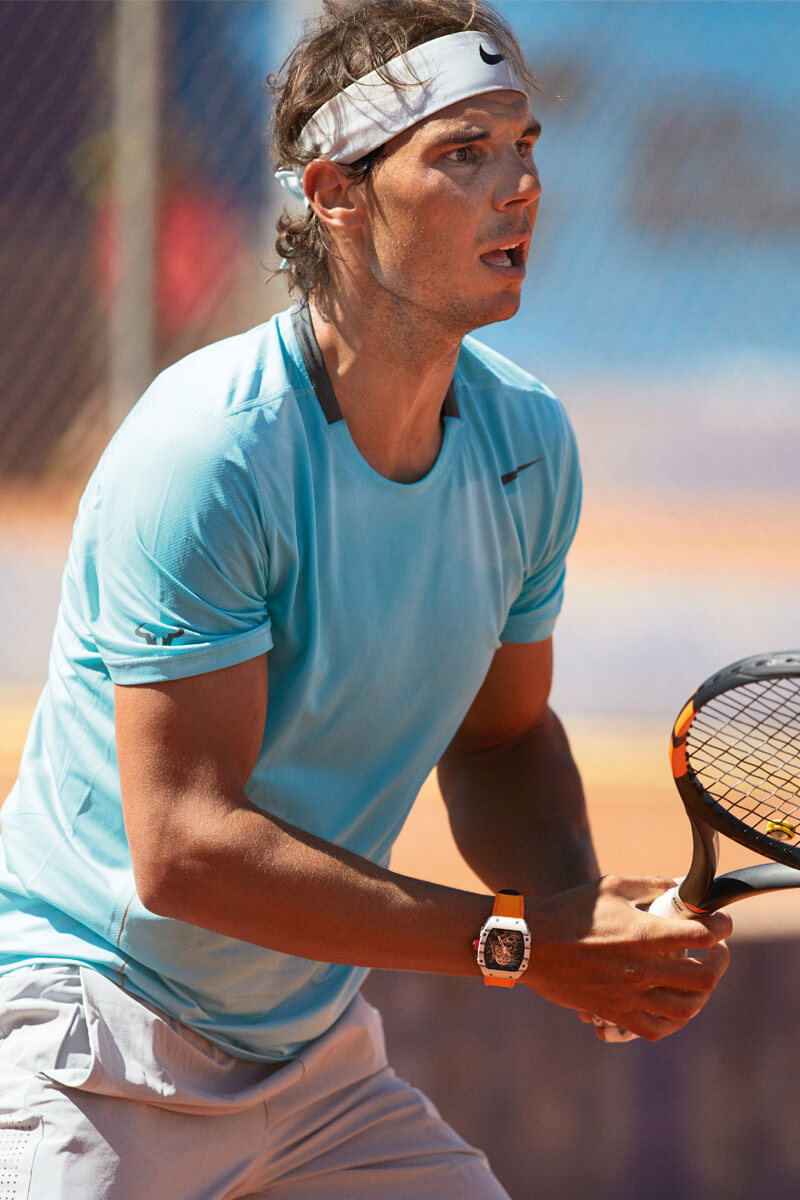 This watch is as unique as the other ones (that you can see here) not because of its one-of-a-kind design but because of its very prestigious pedigree. As we’ve seen recently, Richard Mille introduced an exceptional limited edition based on the partnership with tennis player Rafeal Nadal, the RM 27-02 Tourbillon. Just like every of the watches they developed together, Rafael Nadal is actually wearing and testing this new watch during its tennis season. For Only Watch 2015, you’ll have the chance not to acquire one of the 50-piece manufactured but a very special one – the one that you can see on the photo here and that Rafa will worn and test during its entire 2015 season.

Except this pedigree, the edition offered for the auction hosted by Phillips Watches is a normal piece (as long as such a watch can be called normal). The Richard Mille RM 27-02 Tourbillon Rafael Nadal is the best example of the concept behind the brand, watches made to be worn in extreme conditions, mixing high-end and ultra-sophisticated materials and technical solutions with highly complicated and delicate movements.

Indeed, this RM 27-02 features an ultra-light case with case back and bezel made from NTPT carbon fused with TPT Quartz, with various layers of each material is exposed at random during machining, yielding a unique aesthetic mixing white and black layers. It is also the first watch to come with an unibody (monobloc) skeletonized baseplate, in which the NTPT carbon case band and baseplate are formed into a single piece. Combined with titanium bridges and anti-shock devices, this watch is able to resist to shocks up to 5000G – meaning that even Rafa couldn’t break it during one of its games. 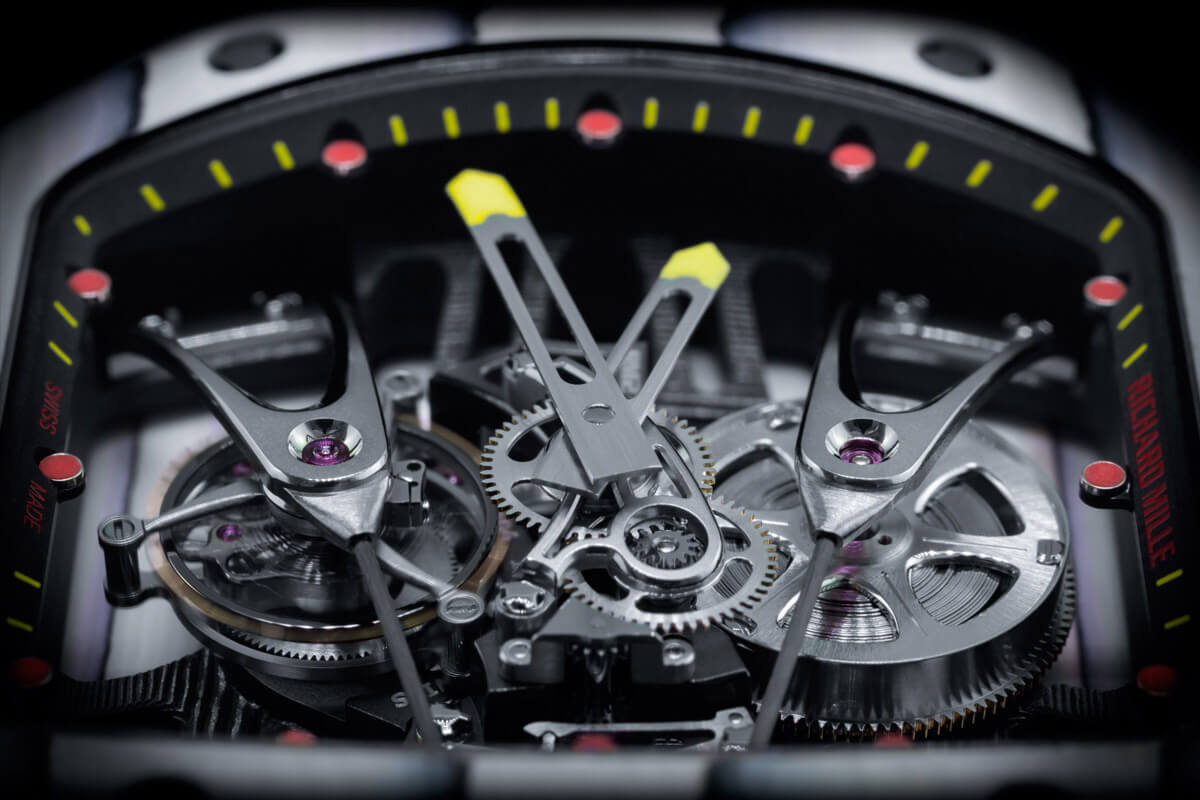 The strength of the Richard Mille RM 27-02 is to combine these incredible properties with all the actual refinements of the manufacture, meaning an exquisite haute horlogerie movement, finished by hand and featuring a delicate tourbillon at 6. As you can see, the execution is highly modern but also respects the Swiss watchmaking tradition with impressive finishing details. The production piece is priced at 777.000 Euros so you can expect this prototype to reach over a million.

This prototype of a Richard Mille RM 27-02 Tourbillon Rafael Nadal actually worn and tested by Rafa is to be sold at the 7 November Only Watch 2015 sale in Geneva, hosted by Phillips Watches (directed by Aurel Bacs) to raise funds for Duchenne Muscular Dystrophy. More details here.