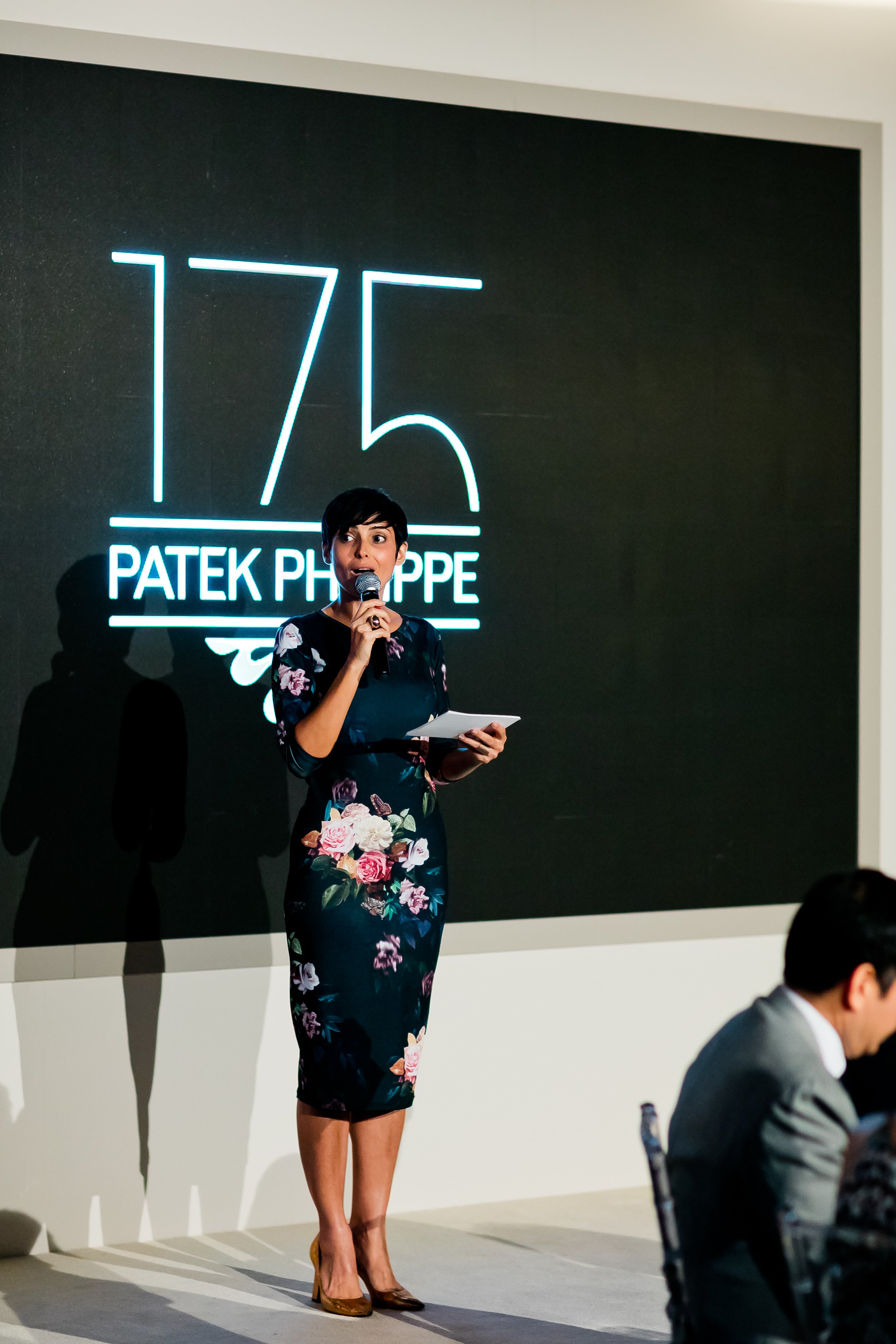 Before the Watch Art Grand Exhibition in London brought a close to the Patek Philippe 175th anniversary celebrations, the Swiss watch brand made its final stop in Singapore last month.

One of the six markets selectively chosen worldwide to showcase the 175th Anniversary exhibition, Singapore had the chance to immerse itself in the world of the prestigious Swiss watchmaker.

The exhibition was set up at Pinacotheque de Paris at Fort Canning Hill where the dinner was hosted on 5th May, 2015, followed by a luncheon the next day for 60 hand-picked media, not only from Singapore, but from Philippines, Malaysia and Thailand.

The 4th generation of the Stern family, Thierry Stern, President of the company, and Jerome Pernici, Head of Commercial & Marketing of Patek Philippe, warmly greeted guests upon their arrival.

The historic building was befitting, setting the stage for the 175th Anniversary celebrations of the last family-owned independent watch manufacturer from Geneva.

Upon entering, guests were at once transported back into time where a glass panel beautifully showcased images of the brand’s significant historic milestones and pioneering timepieces.

New models launched at Baselworld 2015 were also on display, as well as the current collections, and of course the much-awaited 175th timepieces produced especially for the Anniversary.

If one wondered about the mechanism of Chiming Jump Hour Ref. 5275 and the World Time Moon Ref. 5575/7175, now was the time to approach the watch-maker’s bench which sat in the middle of the exhibition area, where Aaron Taylor, Technical Supervisor from GMT Singapore, provided valuable insights with live demonstrations.

Guests then flowed into the Masterpiece Gallery, housing 40 unique valuable collectors’ art pieces, flown in from various parts of the world by the museum. The second floor of the venue was divided into four areas: A dining room in which award winning Saint Pierre Team displayed its skills not only on the presentation of the dishes, but on the palates too; the Grandmaster Chime Room with carved Calatrava wood panels where the most complicated and elaborate Patek Phillipe wristwatch was displayed; the Minute Repeater Room where watch-makers, both from Geneva and Singapore, activated the chimes as guests listened captivated by the beautiful sounds; and finally the Photo-Wall and Lounge Area for guests to relax in.

A memorable night for VIP customers and afternoon for the press.

Photo Credit: Patek Philippe. For more information, please visit the official Patek Philippe website. Follow Haute Time on Instagram to see more watches on the wrists of collectors and to catch all of the new releases as they happen.