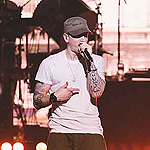 There is no shortage of celebrities, many of them celebrity athletes, who serve as “brand ambassadors” for watch brands, appearing in ads and attending events wearing their watches. However, a few of these stars go the extra mile, giving input and often even becoming involved in the design process, for special celebrity watches to which they lend their names. Below is a list of 13 celebrity watches developed in honor of, and named for, their famous representatives.

Richard Mille has developed several watches in collaboration tennis star Rafael Nadal, including the RM 035 Chronofiable® certified, the RM 027 Tourbillon, and most recently the RM 27-01 Tourbillon Rafael Nadal. Nadal often wears (and occasionally loses) his Richard Mille watches during his games. The RM-027 worn by Nadal was donated to the Only Watch auction in 2011 to fund research into Duchenne muscular dystrophy. His latest watch, the RM 27-01, was first unveiled in Geneva during SIHH as the “the world’s lightest tourbillon” at 19 grams. After partnering with the L.A. Lakers, Hublot made NBA star and known watch lover Kobe Bryant its newest brand ambassador. The brand subsequently unveiled the King Power Black Mamba, named for Bryant’s NBA nickname. The watch, priced at $25,200, is a limited edition of 250 pieces, of which part of the proceeds will go toward the Kobe and Vanessa Bryant Family Foundation. The watch features gold and purple details as an homage to the L.A. Lakers’ uniform colors. More on the watch, and the partnership can be found here.