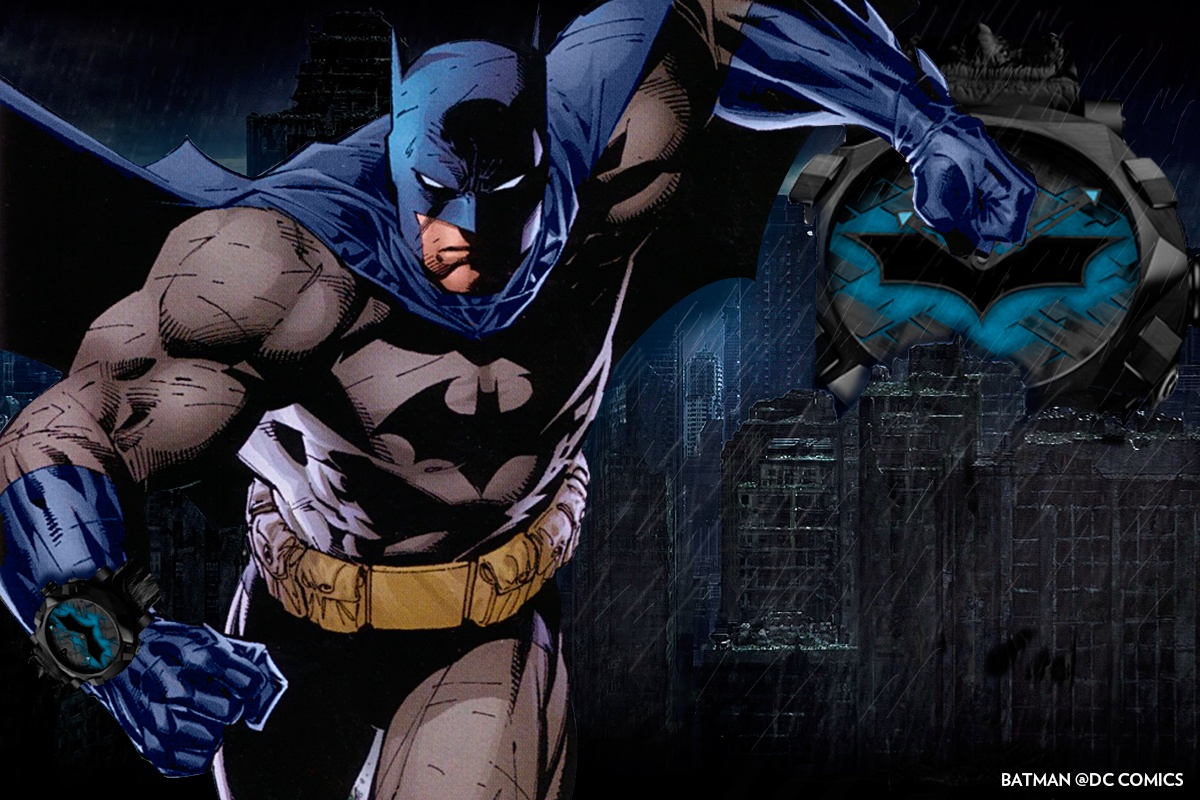 Granted, our last two super watches – with Wolverine and Magneto – featured some duos that required some stretching of the imagination. But isn’t that precisely what comics are for?

Today, we bring you a more obvious choice, as we dive into the world of DC Comics with Batman and his namesake timepiece from Romain Jerome.

According to the small independent brand, CEO Manuel Emch is a big fan of the superhero and in 2014, decided to celebrate the caped crusader’s 75 anniversary with a bespoke watch.

Given Bruce Wayne’s penchant for custom made and often quite costly toys, it’s not hard to picture him asking Lucius Fox (brilliantly played by Morgan Freeman in the latest Batman franchise) for a clever timepiece to match his batsuit.

However, it was Romain Jerome who took the lead on this project, coming up with the Batman-DNA. The watch features the iconic Batman emblem which glows like the Bat-Signal thanks to a special Superluminova treatment.

Housed in a 46mm black PVD-coated steel case with a black bezel that has been faceted, it should appeal to our hero’s dark side, and blend into the night as he chases evil through Gotham.

Could it be used as a key to the batmobile? Does it let out a bat sonar to geo-locate our hero’s enemies? Unfortunately, in an attempt to protect their latest ambassador – probably – Romain Jerome wouldn’t let us know.

Of course, I’m sure some of you will be asking about Jaeger-LeCoultre’s Dark Knight Rises Limited Edition. But we thought the two-faced icon would be more appropriate for another member of the DC Comics universe. Get ready for Super Watches’ first villain appearance, next week