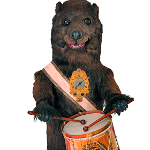 Dresden’s Mathematics and Physics Salon, with its scores of timepieces from Germany and elsewhere, reopened in 2013 after a six-year renovation. Norma Buchanan explored the hallowed halls in this feature article from the August 2013 issue of WatchTime Magazine.

Well-traveled watch lovers are familiar with the celebrated watch museums of Switzerland, in La Chaux-de-Fonds, Geneva and Le Locle. But there’s another museum, less known in watch circles, that’s worthy of a watch fan’s attention. It’s the Mathematics and Physics Salon in Dresden, Germany.

As its name suggests, it’s much more than watches and clocks; it contains scientific measuring and observation instruments of all kinds, most made between 1550 and 1900. The museum shows how, during those 350 years, the quest for precise timekeeping was part of a broader quest for scientific knowledge of all types.

The museum, founded in 1728, is part of Dresden’s famous Zwinger Palace.

The museum, once a regular stop for watch fans en route to the watchmaking town of Glashütte, less than 20 miles to the south, has been closed for renovation for six years. In April, it reopened, still housed in its elegant Baroque building in Dresden’s historic center, but now remodeled inside and fitted with computer animations and interactive kiosks that explain the often inscrutable objects on display: encryption devices, burning mirrors (used to focus sunlight so intensely that it could melt metal), a vacuum pump, telescopes, a mechanical calculator made by Blaise Pascal, carriage odometers, and on and on.

There are 400 objects on exhibit, chosen from the museum’s inventory of 2,500. Founded in 1728, the museum is probably the world’s oldest history-of-science museum that is still at its original site. It is part of the complex of museums housed in Dresden’s Zwinger Palace, built by the Elector Augustus the Strong, the ruler of Saxony (the state where Dresden and Glashütte are located), in the first half of the 18th century. (An elector was one of a group of princes within the Holy Roman Empire charged with tapping a new Holy Roman Emperor.)

The renovation was underwritten in part by A. Lange & Söhne, based in Glashütte. Lange has been a sponsor of the Dresden State Art Collections, of which the salon is a part, since 2006. (The company eschews most kinds of promotional sponsorships, preferring to spend its money on timepiece-related institutions and events, CEO Wilhelm Schmid said.) Lange, Saxony’s best-known watch brand, invited journalists from around the world to the official reopening.

The salon’s curator, Michael Korey, an affable, Chicago-bred, Princeton-educated mathematician, gave the reporters a tour of some of the museum’s highlights. They include:

This universal clock from around 1690 has 360 small clock faces, one for each degree of longitude. This astronomical clock from the 1560s is the museum’s pièce de résistance.