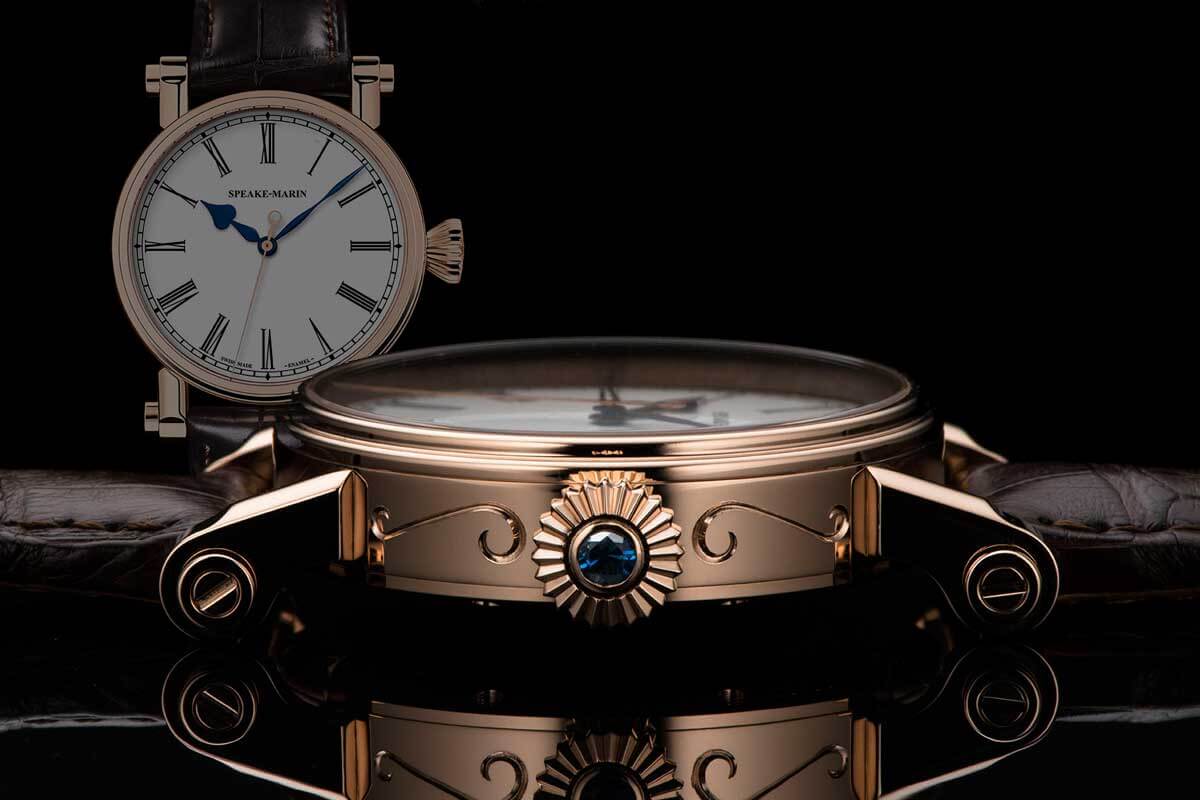 Among our favourites, here at Monochrome, are the timepieces from Speake-Marin, which are always beautiful and ooh so stylish. Amongst the watches that will be donated by brand, to the Only Watch auction, is for the first time a Speake-Marin, and it’s a pièce unique. Besides ‘household names’ like Patek Philippe (check out the ref. 5016A-010 pièce unique!) and Richard Mille – brands that have been participating in the Only Watch auctions since the beginning – we see a number of new-comers like F.P. Journe (with the absolutely gorgeous Tourbillon Souverain Blue) and Kari Voutlainen, who donated a stunning GMT-6 pièce unique. Today another ‘Indy’ that will also raise a lot of paddles: the Speake-Marin “One Art” pièce unique. 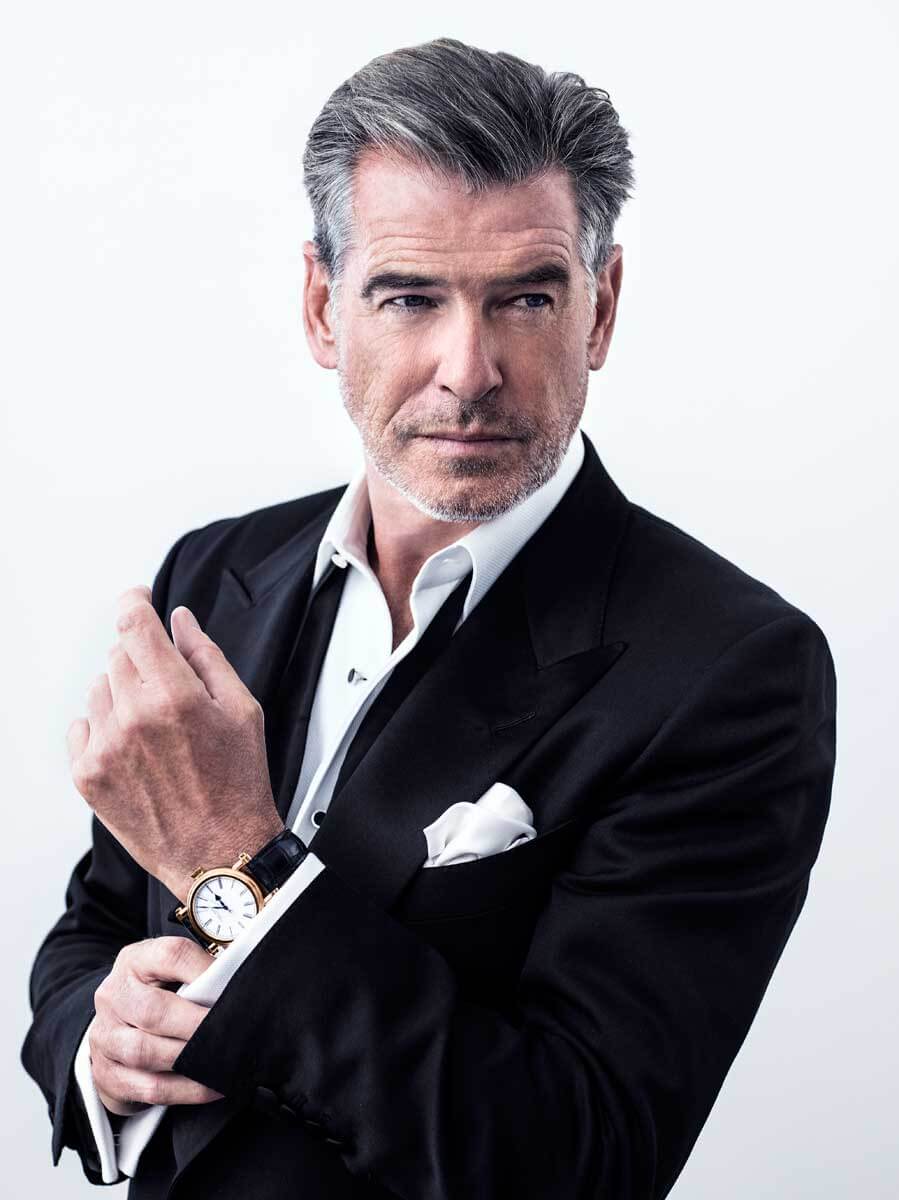 Classic, classy and understated. These are the words that I heard people use, to describe the unmistakable style of Peter Speake-Marin’s watches. Of course, among the newer models are some sportier watches (like the Wing Commander), aiming for a younger clientele. Personally I’m smitten by the charm of the old Piccadilly (a watch that I own), which has now transcended into the Resilience of Speake-Marin’s J-Class collection. I say transcended because the Resilience is better, both its exterior and its interior. Let me briefly explain why…

The ‘normal’ Resilience looks pretty similar to the older Piccadilly. It is however much slimmer and therefore more elegant on the wrist. As of this year the Resilience is equipped with a Vaucher movement, and connoisseurs know that Vaucher movement are among the most coveted ‘standard’ movement available on the market. So all in all, the Resilience ‘package’ has been improved significantly. That, plus the fact that there’s a new Speake-Marin ambassador: Pierce Brosnan. After meeting on the set of Brosnan’s movie Survivor, they started talking and Brosnon really likes Peter’s watches. So the idea for Pierce Brosnan to become the Speake-Marin ambassador was quite natural.

The unique watch that Speake-Marin made for the Only Watch 2015 auction is a 38 mm red gold Resilience. The sides of the case have been engraved and set into the crown is a blue brilliant-cut sapphire. This pièce unique, formally baptised Speake-Marin Resilience “One Art”, also features a red gold second hand that beautifully compliments the crisp white ‘Grand Fue’ enamel dial with large Roman numerals and a railroad track for the minutes. 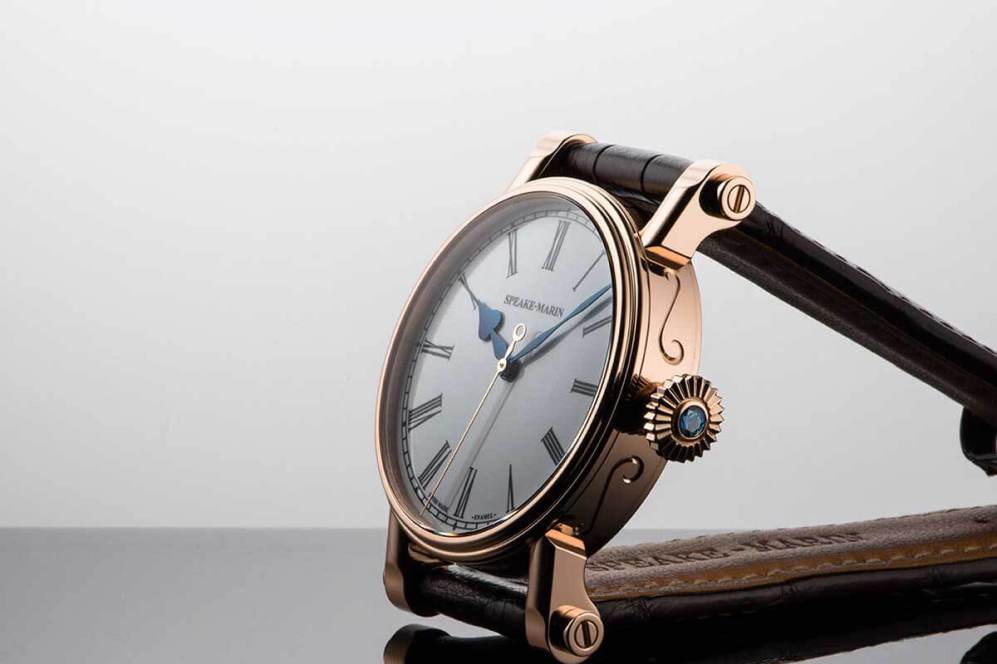 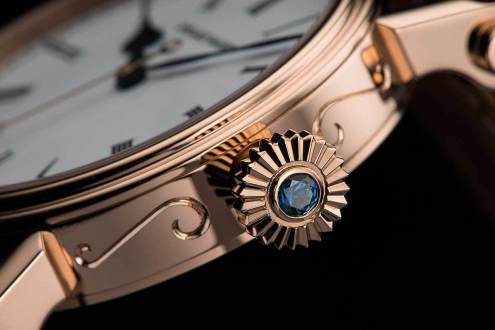 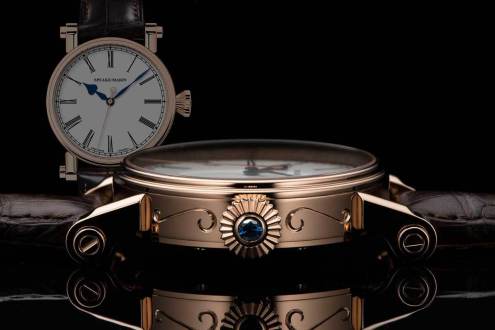 The adornments of the sapphire cabochon in the crown and the engravings are done in the typical Speake-Marin style, understated, elegant, classic and classy. Personally I couldn’t imagine a more beautiful Resilience then this one. The 38mm red gold Resilience comes at a retail price of just under CHF 20k, so I do expect a much higher winning bid. The winning bid will go entirely to the MONACO ASSOCIATION AGAINST MUSCULAR DYSTROPHY, so even more reason to bid, and to bid high!

The Only Watch auction will be held in November 2015 in Geneva. More details will follow here on Monochrome. And when you’re not the lucky winner, or miss the necessary funds, you can always opt for the Resilience in stainless steel that starts around CHF 10k. Honestly, a very nice price for what you get!

Highlights from the Monaco Auction by Artcurial Watches, including tropical Daytonas and a superb Breguet Set of watches