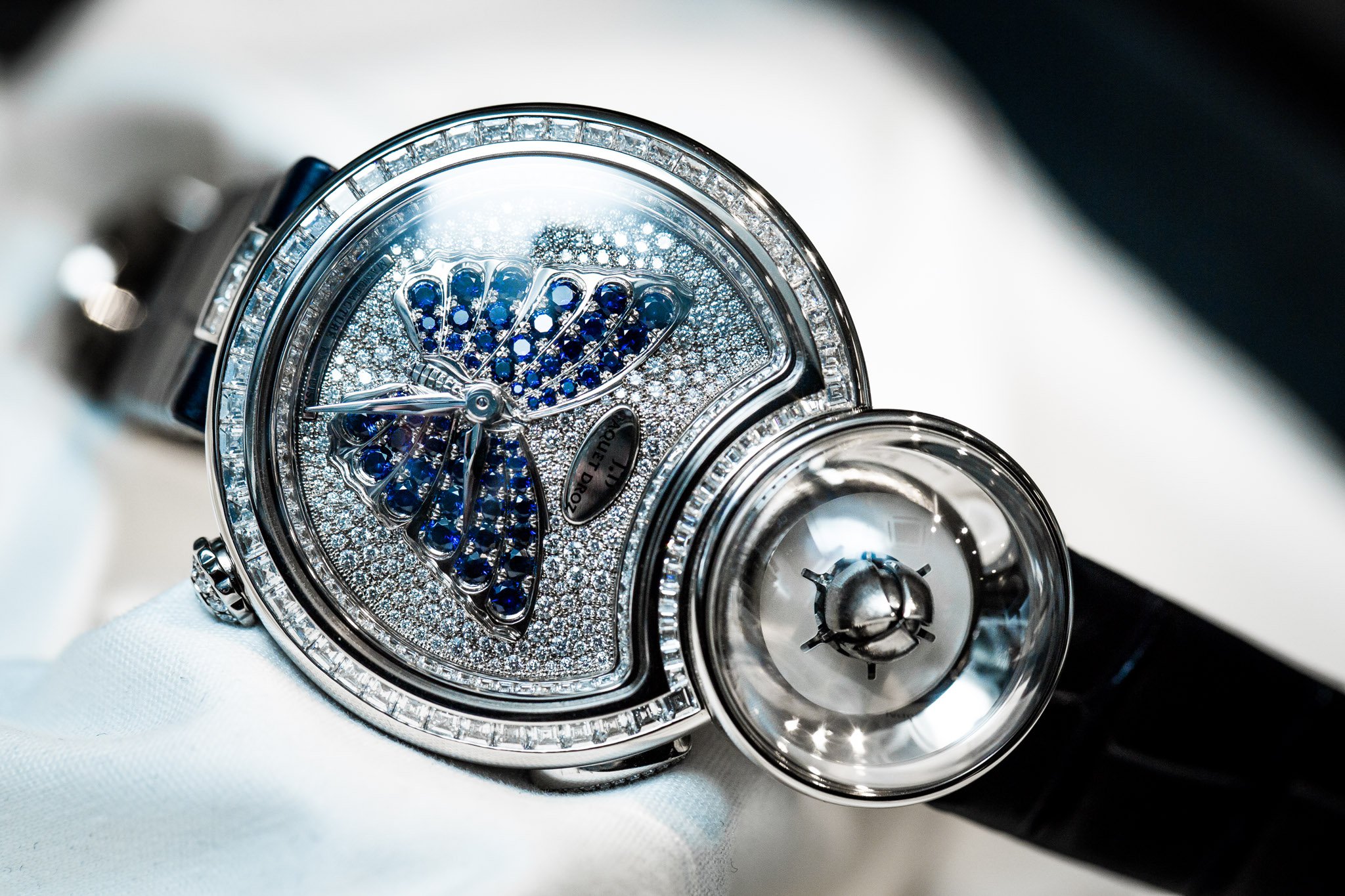 The number “eight” surrounds us. Turned on its side, it is the mathematical symbol for eternity. Visually, it is a harmonious, balanced figure that for some also means spirituality and a new beginning. We are told there were 8 people on Noah’s Ark, and for Buddhists, following The Eightfold Path is the way to achieve Nirvana. Its association with prosperity in China is such that their summer Olympics opening ceremony began on 08/08/08 at 8 seconds and 8 minutes past 8 p.m. More scientifically, it takes an average of just over 8 minutes for the sun’s rays to reach Earth, there are 8 planets in our solar system, and 8 is the atomic number for oxygen, without which none of us would be here. It is therefore no surprise that watchmakers, whether in an obvious or more subliminal manner, interpret this powerful number within their own distinctive brand styles. Here are three “eights” that score “ten out of ten” for us.

Ladies first. The Lady 8 Flower, a feminine, elegant timepiece from Jaquet Droz is completely open-faced about its love for the number “eight”, with its two superimposed circles that create the shape and number emblematic of the brand. Snow-set diamonds on the larger lower circle welcome a blue sapphire butterfly with outspread wings that hold the hour and minute hands in their center, while a delicate lotus flower with engraved petals is sheltered by a sapphire crystal dome on the smaller upper circle. When animated with a push-button, the flower bursts into bloom, opening to reveal its diamond heart. Two totally separate mechanisms live inside the 35 mm diamond-set case: one for the watch powered by the automatic Jaquet Droz caliber 515 and one for the breathtaking animation. Also available with painted and engraved translucent red enamel butterfly on guilloché background with enameled lotus petals. Two limited editions of …8 pieces each. Prices upon request.

The Instrumento N°Uno Tourbillon from de Grisogono is an eight in disguise. An original construction, its generous curved–for-comfort rectangular 59.2 mm x 33 mm x 14.99 mm polished pink gold case is rounded at 6 o’clock to accommodate its flying tourbillon with 30° inclined balance-staff. The three-dimensional sapphire lens that protects the tourbillon meets the Arabic numerals that encircle the Dauphine hands on the dial seen beneath the sapphire glass, creating the impression of two superimposed circles that are so visually striking we almost overlook the rectangular case that surrounds them, an impression emphasized by the sapphire bezel without screws. Haute watchmaking finishings of the rectangular skeleton self-winding mechanical movement with hours and minutes function equipped with a twin barrel and featuring a three-day power reserve are visible through the sapphire case back. An integrated genuine brown alligator strap with pink gold folding clasp, and crown with one black diamond, confirm a de Grisogono creation. Also available in white gold with green numerals. 140,600 euros for rose or white gold model. 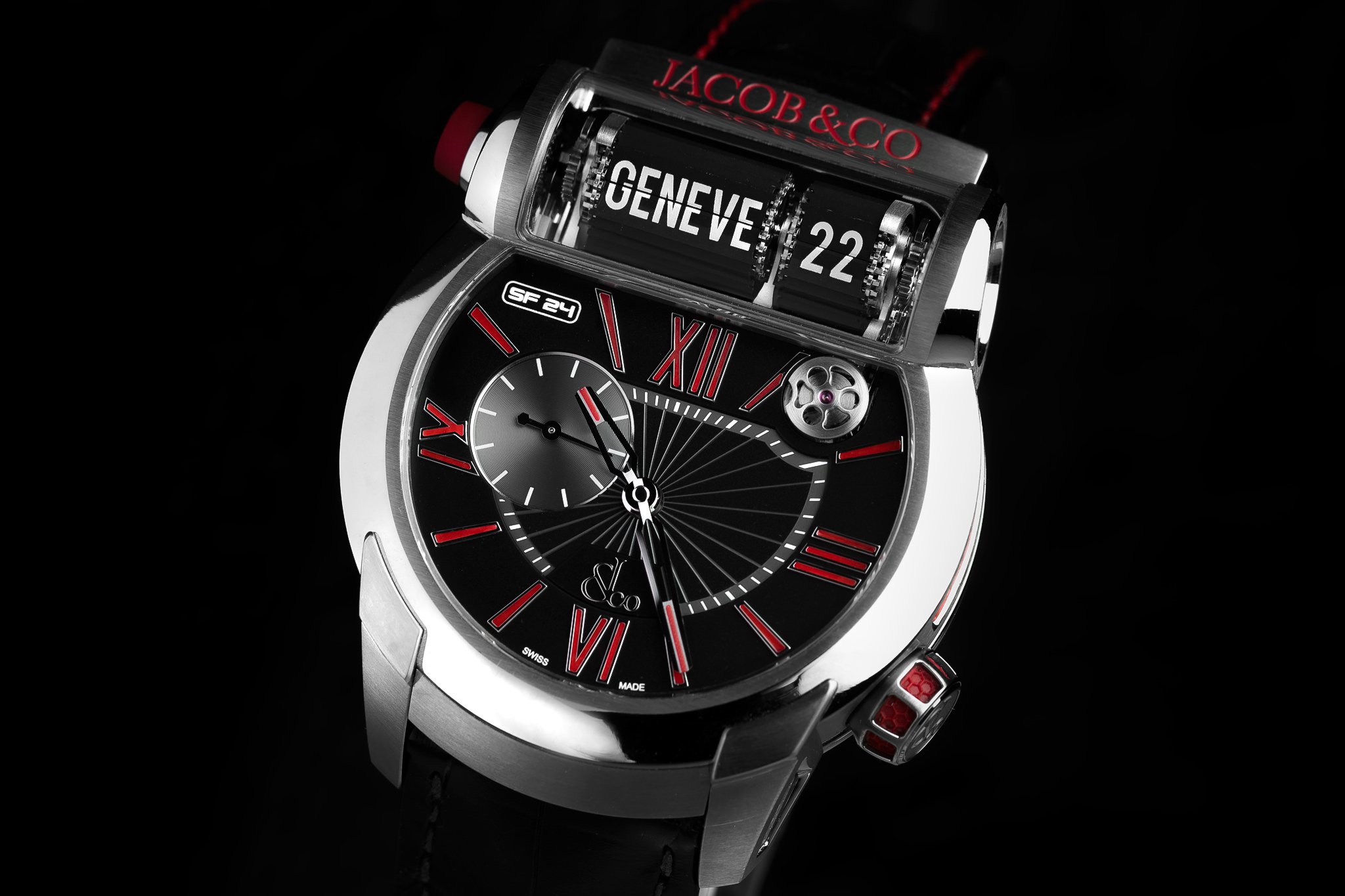 With the Epic SF24 from Jacob & Co. an innovative and nostalgic eight takes shape with its bold round case topped by a miniaturized split-flap display reminiscent of those at airports and train stations. First launched in 2013, the Epic SF24 has undergone several facelifts to attain today’s look with Roman numeral hour markers and new opaline dials. The ingenious GMT mechanism remains the same: with home time on the dial, pressing the button on the left side of the display will change the cities – 24 of them with their local times. A unique reinterpretation, shown here, has been created for Jacob & Co.’s first participation in the Only Watch charity auction to finance research against Duchenne muscular Dystrophy. Geneva, home of this year’s auction, replaces Paris as a destination, and the split-flaps will include the city of the buyer’s choice. Touches of red on the hands, crown, and case side, with “Only Watch 2015 Pièce Unique” engraved on the back and visible oscillating mass further distinguish this exceptional timepiece. Prices from the 2015 “normal” collection: 66,000 CHF excluding VAT in titanium, with the gold model priced at 88,000 CHF excl. taxes. 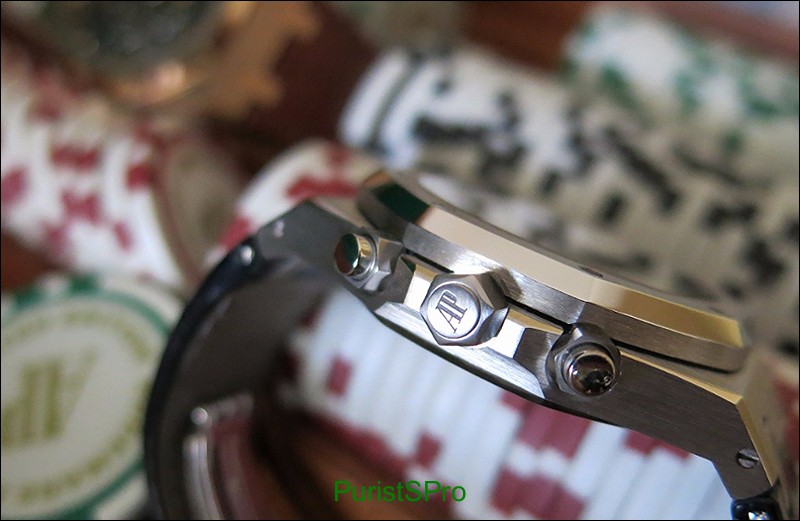