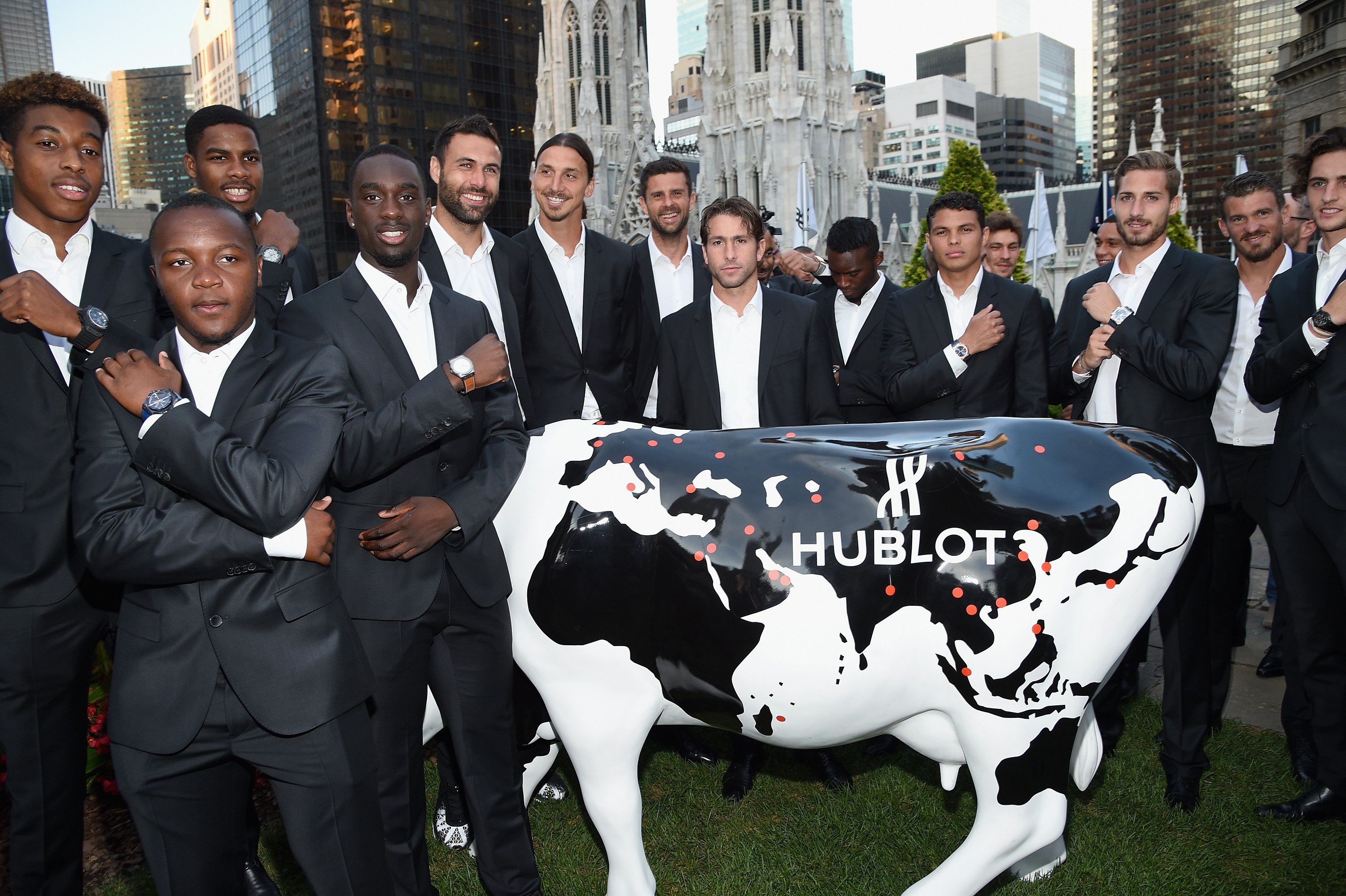 “Hublot” Loves Football was plastered on a wall to the entrance to one of the hottest nights for sports lovers and watch aficionados. The brand that touts big, behemoth masculine watches had an equally massive summer party in New York City to launch their Big Bang Unico Bi-Retrograde Paris Saint-Germain timepiece in the presence of the world-renowned French Football Club’s players. It is the second time the pair collaborates on a timepiece, following last year’s Hublot King Power Paris Saint-Germain.

Hot on the heels of the FIFA World Cup 2014 where Hublot served as the Official Timekeeper, this partnership and timepiece are an example of the brand’s love for global “football.” The cocktail event was held on the rooftop garden atop of Rockefeller Center on a perfectly temperate Gotham night with an unmatched view of midtown spires. The night celebrated French culture and to that end the French DJ Oliver Meiji provided music as a live art demonstration by JonOne was a focal point. All the players tried their hand at painting their own canvas which will be auctioned off later this season to benefit the teams’ charitable, Foundation Paris Saint-German.

Hublot’s involvement with European football began in 2006. Since that time they built a strong presence in the world of football. Their relationship with the French Club began in 2013 when it became the Official Timekeeper and Watch of the team. Soon after they introduced the timepiece known as the King Power Paris Saint-Germain. Ricardo Guadalupe, CEO of Hublot said at the event, “Hublot” is thrilled to welcome the Paris Saint-Germain team to New York City. We show our support for this great team through our dedication to the sport. Our brand has an exciting history with Paris Saint-Germain and we continue to celebrate Hublot Loves Football.”

Photo Credit: Haute Time. For more information, please visit the official Hublot website. Follow Haute Time on Instagram to catch all of the new releases as they happen.