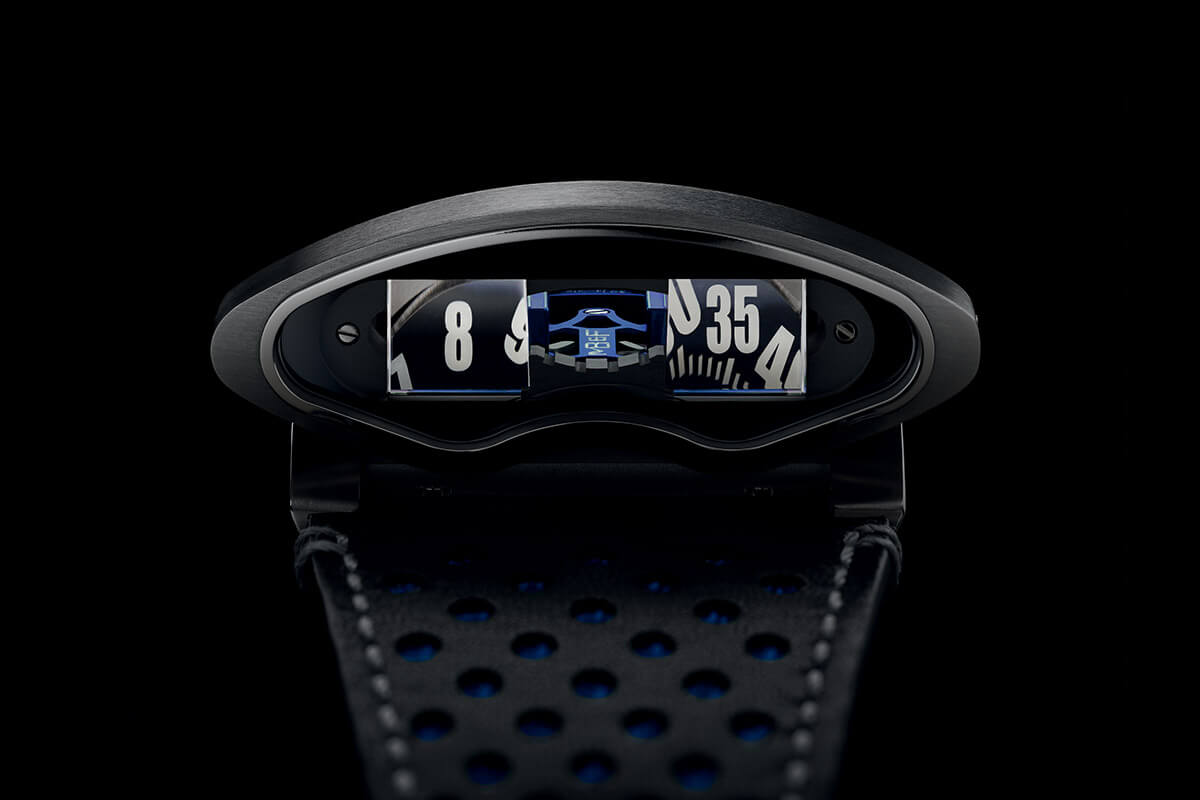 10 years already that MB&F – meaning Max Büsser and his friends – creates incredible horological machines. We say machines and not watches, simply because what they have done is far from traditional watchmaking. 10 years already that MB&F is one of the main and more active independent watchmakers, that MB&F surprises us with bold, unusual and unique timepieces. 10 years that have to be celebrated – but not with what people expect from them. Instead of introducing the most complicated / expensive commemorative watch possible, MB&F intends to say ‘thank you’ to collectors by revealing the cheapest horological machine ever, the MB&F HMX.

10 years of MB&F – a brief retrospective

Before founding MB&F, Max Büsser was already an influent man in the watchmaking industry, as he was managing director at Harry Winston. He created the concept of the Opus series, watches that were resulting from partnership with the largest independent watchmakers – including F.P. Journe, URWERK, Vianney Halter or Greubel Forsey. With this series of watches, Max truly mastered the concept of collaboration and innovation, using the best inspirations possible, in a total transparency – something rare enough in this industry.

In 2005, Max resigned from his position at Harry Winston to create his own brand, MB&F for Max Büsser & Friends, a name that clearly emphasized the role of collaborations and merging skills. The first watch was introduced in 2007, then followed by several other crazy timepieces: 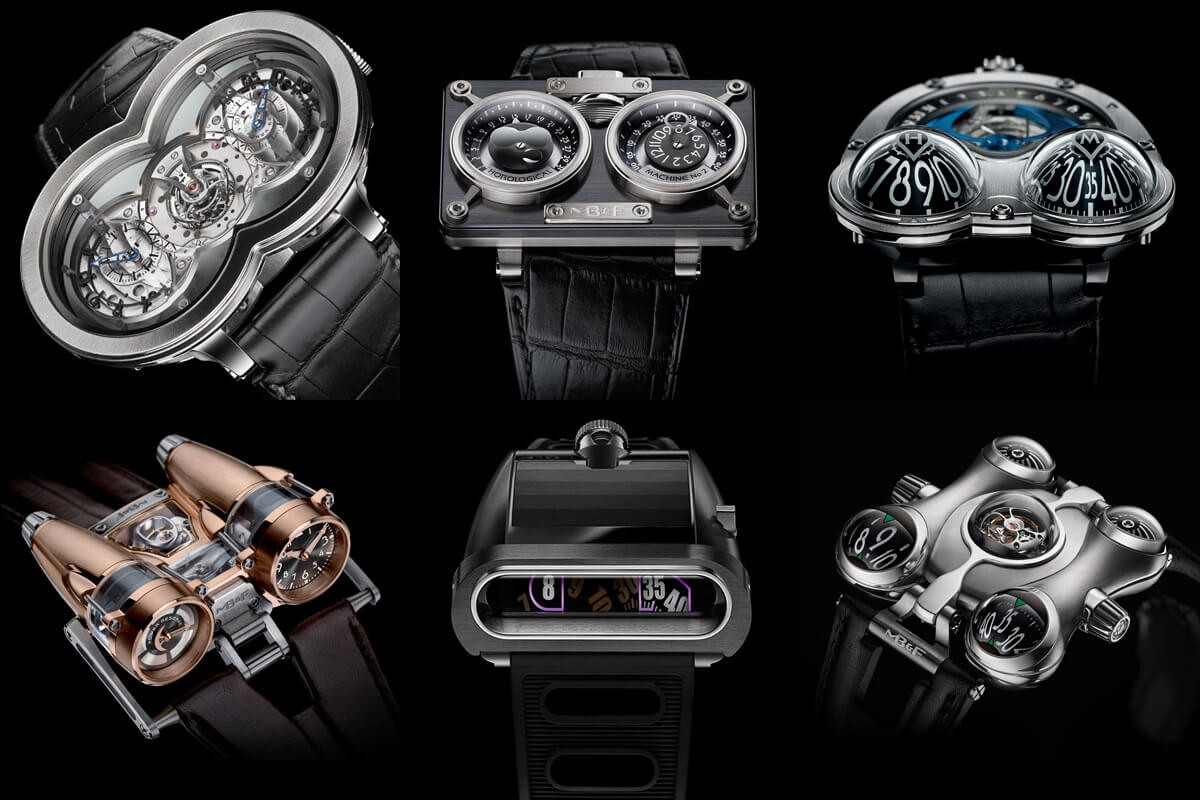 Alongside this collection crazy machines, MB&F also introduced in 2011 a series with a more classical design – a round case. This collection has to be seen as the watches that Max Büsser could have created if he was born during the 19th century. Thus, this collection features a neo-retro / steam-punk inspiration, more classical executions and more traditional displays. 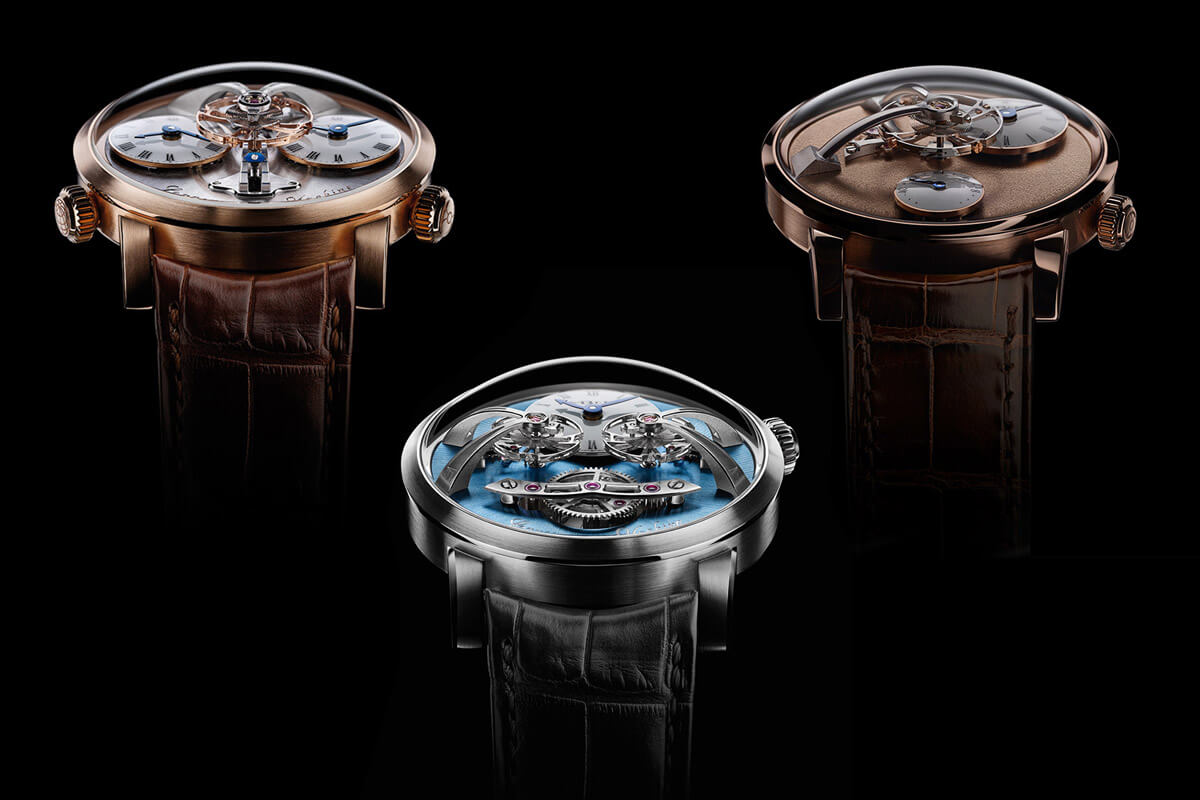 Usually, when a brand celebrates a jubilee or an anniversary, it implies an ultra-complicated / ultra-expensive watch to please collectors, to create a buzz around the introduction, to demonstrate the capacities and skills of a manufacture – and sometimes to polish a bit the ego too. Recent examples of this trend can be found with the Patek Philippe GrandMaster Chime (for the 175th anniversary) or the A. Lange and Sohne Lange 1 Tourbillon Handwerkskunst (for the 20th anniversary of the brand’s re-birth). What MB&F does for its 10th anniversary is the total opposite. They wanted to thank the collectors with a more affordable piece that, however, keeps the spirit of the brand alive. 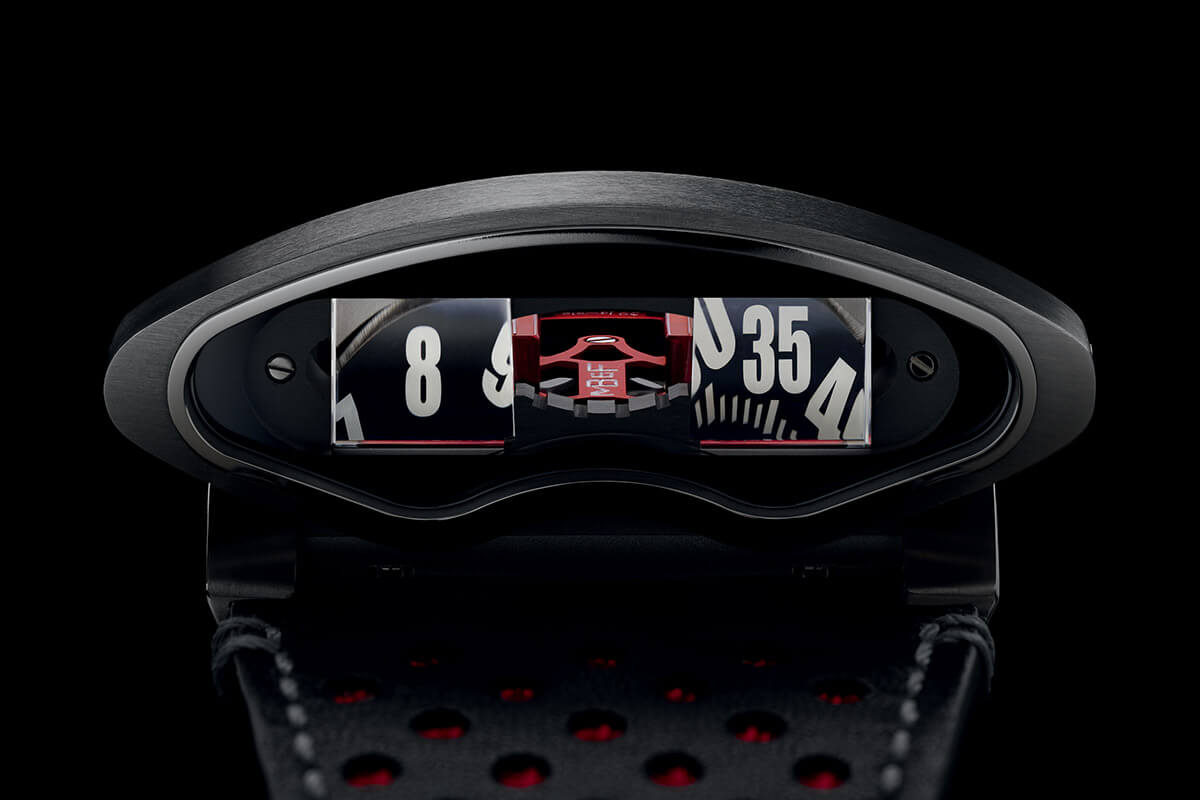 The MB&F LM101 was the first reasonable watch of the brand and the first to be priced under 60.000 Swiss Francs. The MB&F HMX is the first to be priced under 30.000 Swiss Francs. However, it is far from being a reasonable watch – at least design-wise. Of course, such a price for MB&F with again a impressive shape implies to make concessions – and they are mechanical. What is kept on the other hand is the spirit of MB&F, its unique sense of design and the unusual display.

Let’s talk inspirations. The MB&F HM4 was inspired by jet-planes, the HM6 by spacecrafts from Japanese comics and the HM5 by 1970s sports-cars. Inspirations are important to understand the creations of Max Büsser. The MB&F HMX doesn’t hide its roots. It is also focused on cars, but instead of looking at vintage ones like the HM5, it looks at the whole range of supercars. Max says that, like many boys, he filled sketchbooks and notepads with drawings of wild, super-fast cars, dreaming of becoming a designer of supercars. Looking at the front, the top or the details of the movement, every part should remind of a specific sports-car. Even the 4 colours available are directly referring to this concept (Lotus Black, British Racing Green, Ferrari Red and Bugatti Blue). 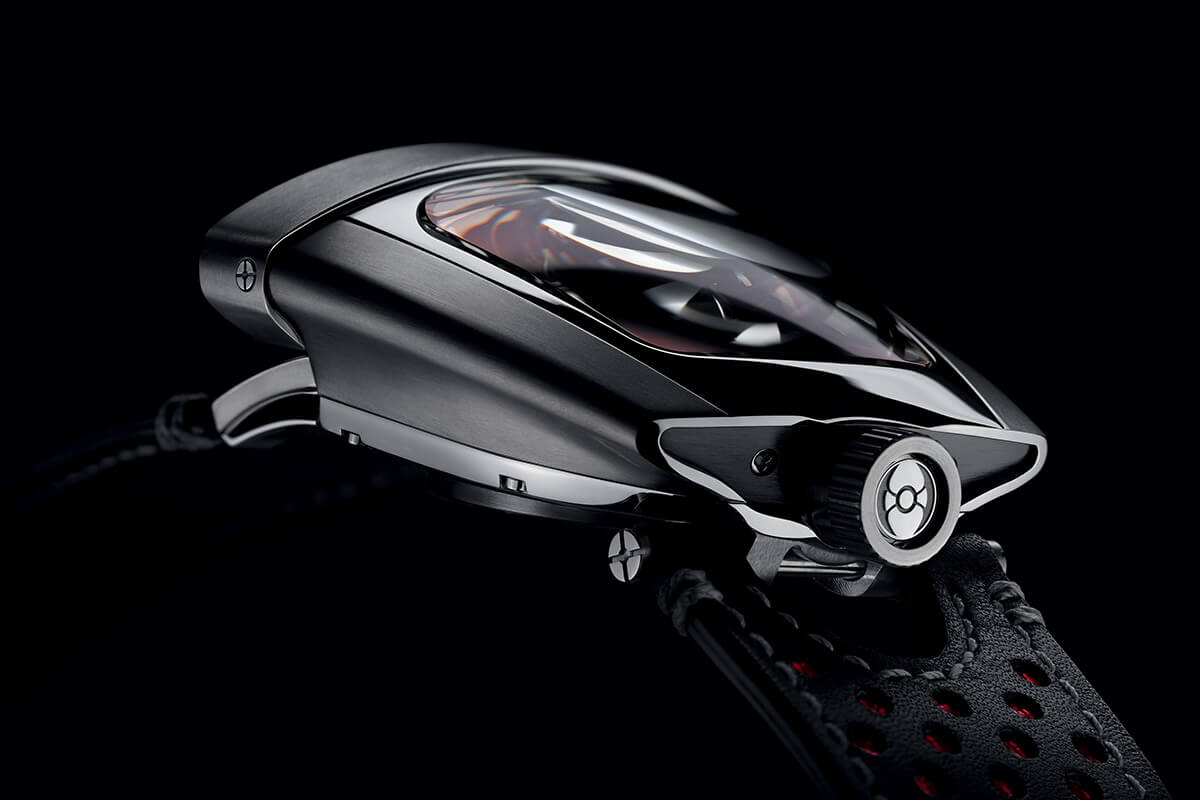 The front can be compared to the front grille of a Jaguar E-Type Superleggera. The display resemble to dashboard instruments. The top mimics the hood of modern Ferraris or Lamborghinis, with their transparent cover that reveals the engine. The bridges over the movement are shaped like engine cylinder heads, with two oil caps on the top. Even the rear side is reminiscent of some 1960s elegant sports cars.

The case, with its impressive curves and its unique shape, is machined from Grade 5 titanium and stainless steel. It measures 46.8 x 44.3 x 20.7 mm – again a massive size but that’s also part of the DNA of MB&F watches – and it alternates between satin parts and polished surfaces. The strap is made from perforated leather – again a sports-car inspiration – with a coloured underlining that matches the movement. 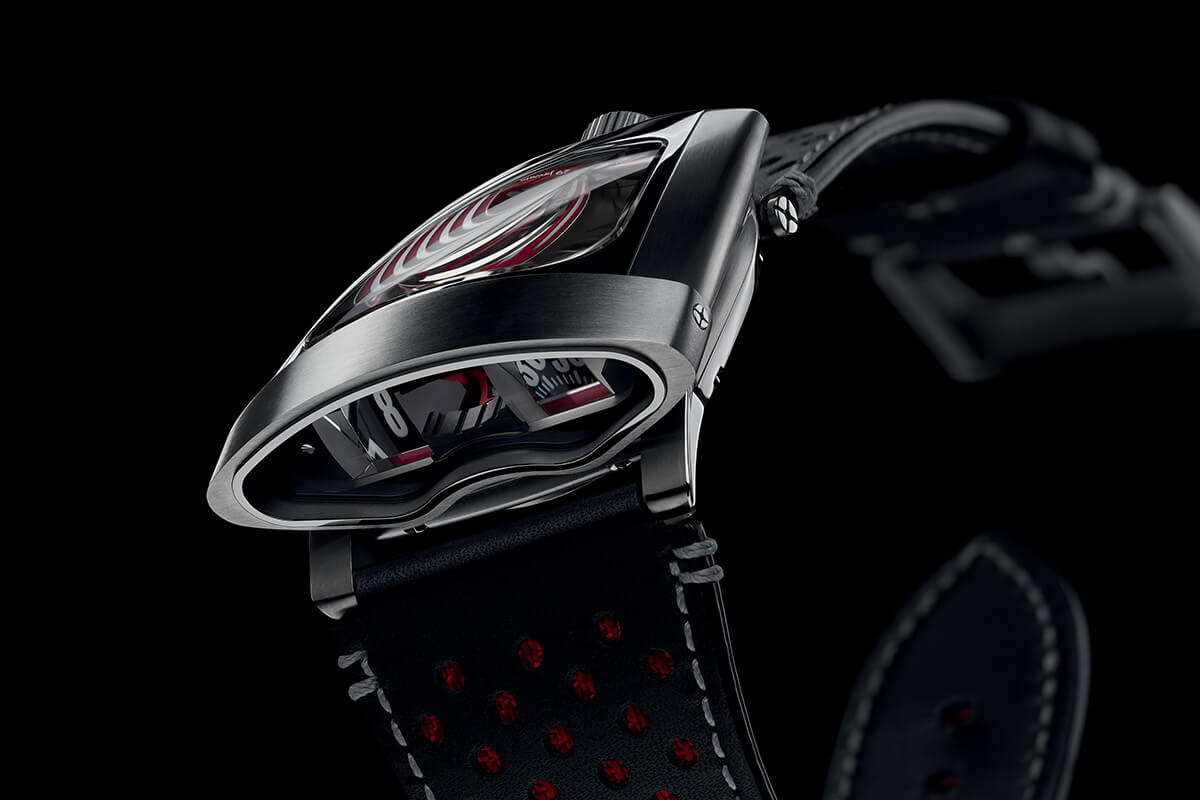 Just like the HM5, the MB&F HMX relies on a specific display. The vertical hour and minute display are derived from circular discs rotating flat on top of the movement. Each of the two discs (one for the bi-directional jumping hours, one for the trailing minutes) is printed with mirror image numerals that are reflected and magnified by two triangular-shaped optical prisms, reflecting the time onto the vertical forward facing display. It seems that MB&F listened to critics made toward the HM5 with its (sometimes) poor legibility. With two separated prisms, time-reading seems to become easier and more intuitive (something we’ll have to confirm with a review). In order to bring light directly on the discs, the top of the HMX is covered with a sapphire crystal.

This vertical display makes the HMX a perfect driver’s watch, as the timing indications will always face the wearer, even when he’ll have his hands on the wheel. 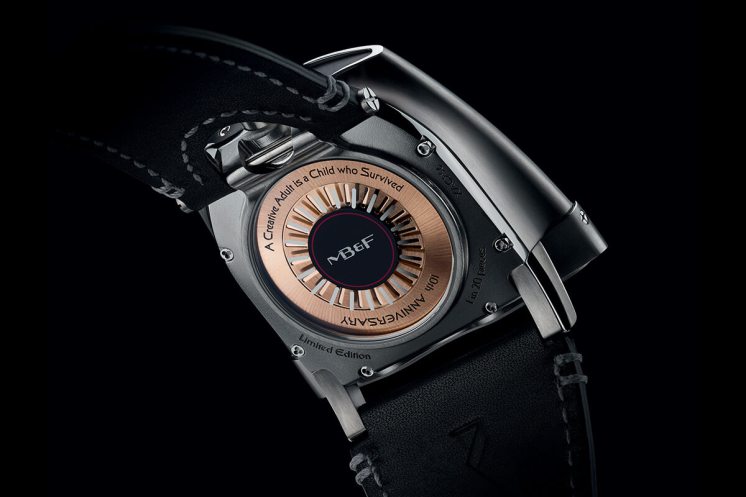 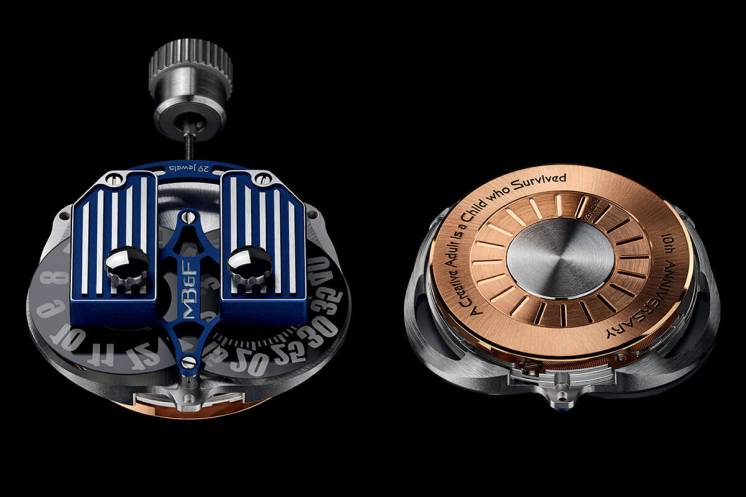 As you’ve seen, the MB&F HMX makes no concessions on the design or the display. However, in order to reduce the price, there has to be a cut somewhere – and this time, it’s the movement. Even if the module on the top is proprietary, the base movement is a simple and reliable Selitta (an ETA-clone), at least for the escapement, the gear train and the storage of energy. This might be well enough to drive the discs and to power the HMX. Hopefully, it is hidden behind a full rotor, made in solid 22k gold. On the top side, visible through the massive sapphire crystal cover, the movement is intelligently hidden behind the discs and two large bridges – coloured in blue, red, green or black (and matching the strap). 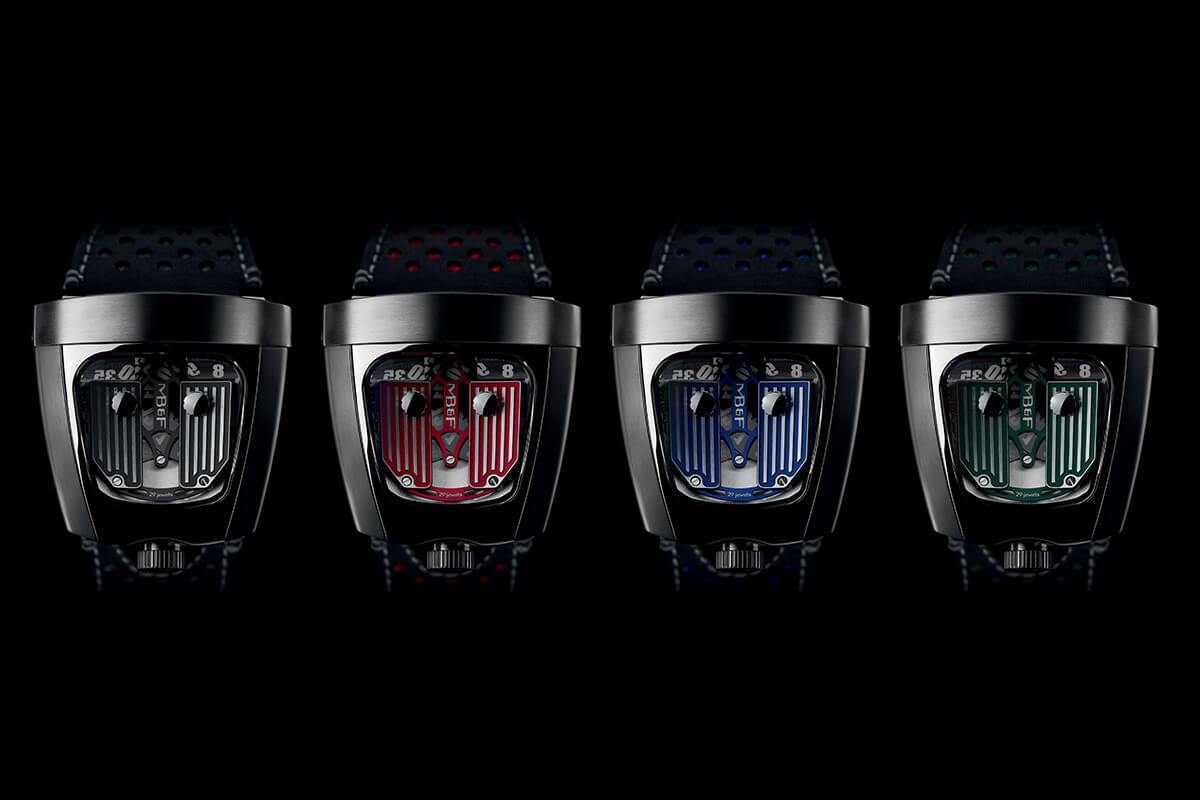