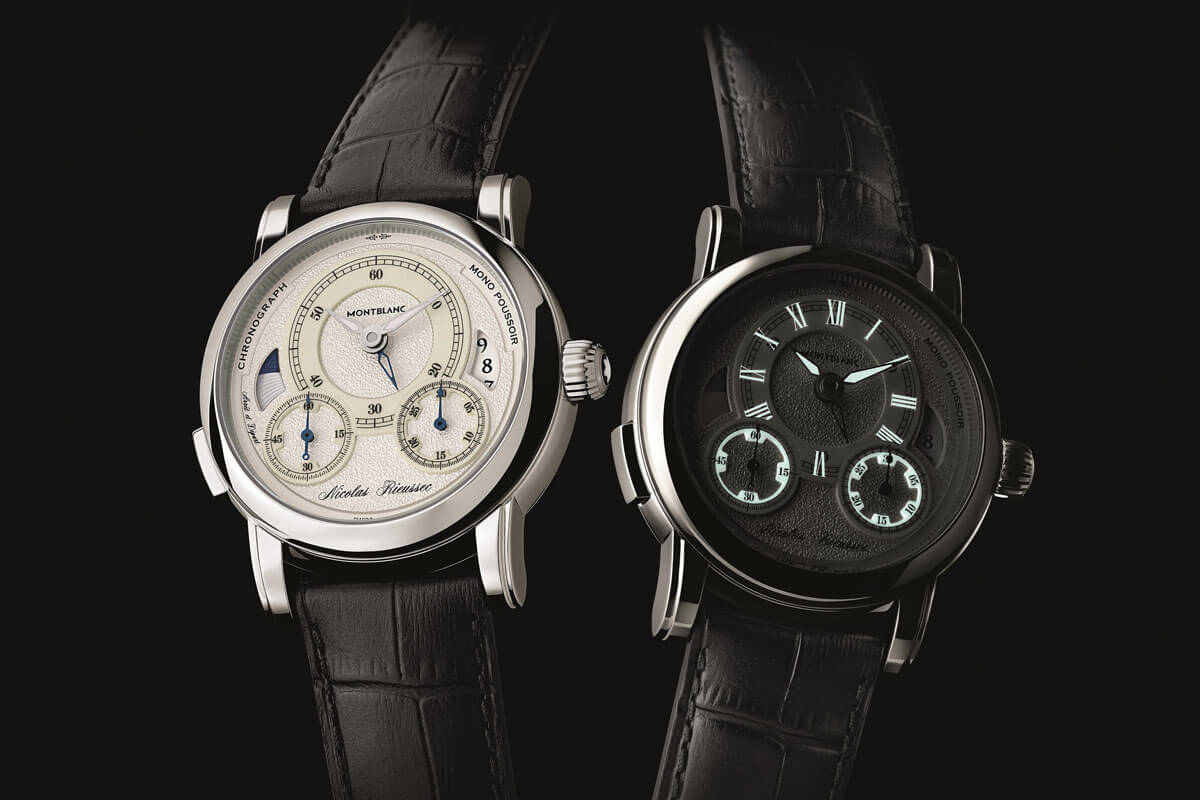 When you think about the Montblanc Rieussec Monopusher Chronograph, you can easily call it the most Montblanc of the Montblanc watches. The rest of the collection may have a lot of horological interest (see the recently revealed Heritage Spirit Orbis Terrarum or the splendid Meisterstück Heritage Pulsograph with Minerva Monopusher Chronograph – and we’re not even talking about the high-end Villeret watches) but the Rieussec Chronograph is properly defining the actual Montblanc collection. It can be seen as a classic, close to be an iconic timepiece. After two Homage limited edition (here and here), let us introduce you the Montblanc Homage to Nicolas Rieussec II Limited Edition.

What is the Montblanc Nicolas Rieussec? To tell the truth, it is quite a unique watch and mainly a superb price / quality / pleasure ratio. What you’ll get is an in-house monopusher chronograph with column wheel and vertical clutch, a second time-zone, a day / night indicator, an off-centered hour and minute dial and a date. All of that is organized in a very specific display, as the chronograph relies on rotating discs instead of classical running hands – for the two subsidiary dials – more details can be found in our extensive review here. Why these rotating discs? In fact, this watch is inspired by the very first chronograph (a device that wrote time… explaining the ‘graph’ suffix) made by Nicolas Rieussec in 1821 to time a horse race (During the race, the timekeeper could press a button the instant a horse crossed the starting line, thus triggering the hands filled with ink that were touching the dials and leave little ink marks on them). The display of the Montblanc Rieussec Monopusher Chronograph is a tribute to this antique device – again, more details to read in our extensive review. 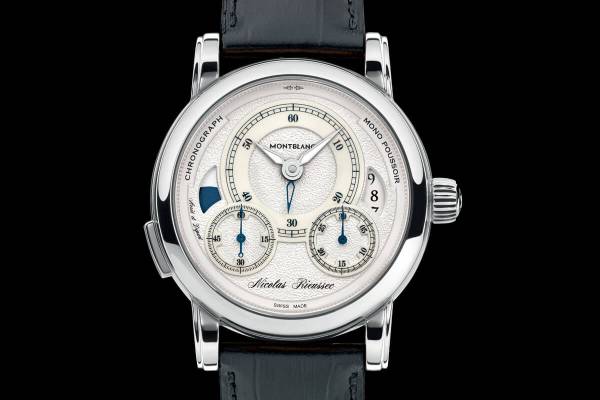 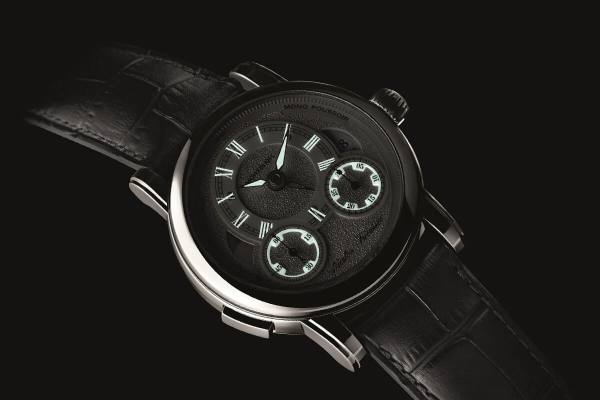 As you can see on the photo below, the concept of the hidden luminous numerals is kept but they are now designed in a different style. This ceramic incorporates pigments of Super-LumiNova to trace out Roman numerals in a typographic style identical to that employed by Nicolas Rieussec in another of his timing instrument (well get back on this later). Then, this same feature is also applies on the two chronograph subsidiary dials – and of course on the hands that are also filled with Super-LumiNova. 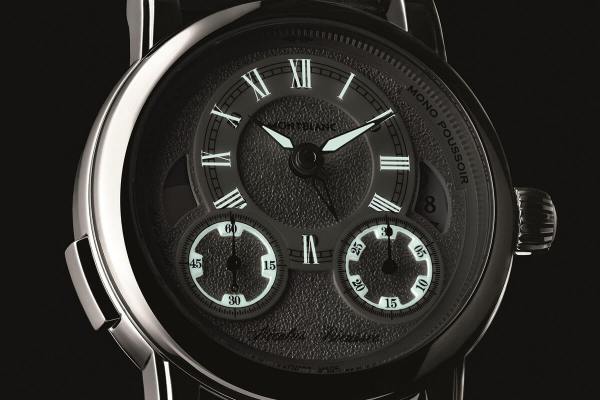 Compared to the previous Homage editions, the dial seems to have a slightly different texture, more rugged (but that might be the official photos… only a hands-on could confirm that). The layout of the dial is also similar to the other Homage – and thus to a standard Nicolas Rieussec. The hours and minutes are displayed on an off-centered dial, together with the second time-zone. On the left side sits the day / night indicator and on the right, the date window. The movement – calibre MB R200 – is also similar to every Nicolas Rieussec watches. The double barrel ensures a 72-hour power reserve. There’s however one important difference that concerns the chronograph sub-dials. 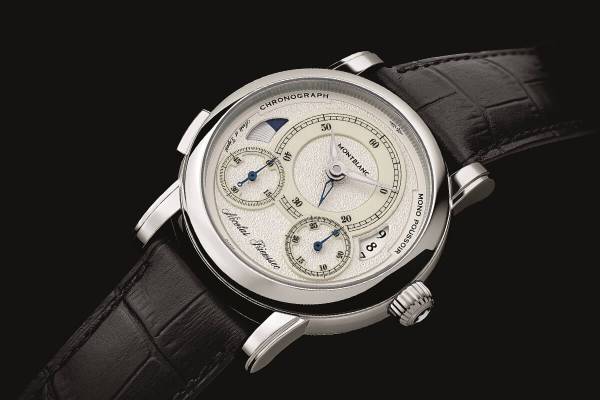 While the main unique feature of the previous editions (limited or not) were these rotating discs to display the chronograph (a tribute to the 1821 Rieussec time-writer), this Montblanc Homage to Nicolas Rieussec II Limited Edition comes with classical rotating hands. In fact, it pays tribute to the first hand-equipped chronograph. In 1825, Nicolas Rieussec developed an improved version of his  chronograph. With this model, he abandoned the use of a rotating graduated enameled disc in favor of a long, slender central seconds hand that rotates to follow a minute-circle displayed around the dial.

The Montblanc Homage to Nicolas Rieussec II Limited Edition comes in the same case as the rest of the collection, measuring 43mm and here crafted in stainless steel. This watch will be a limited edition of 565 pieces, available in stores on September 1st and priced at 9.900 Euros. More details on Montblanc.com. 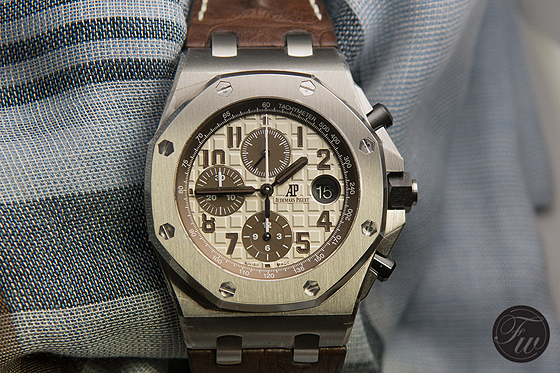