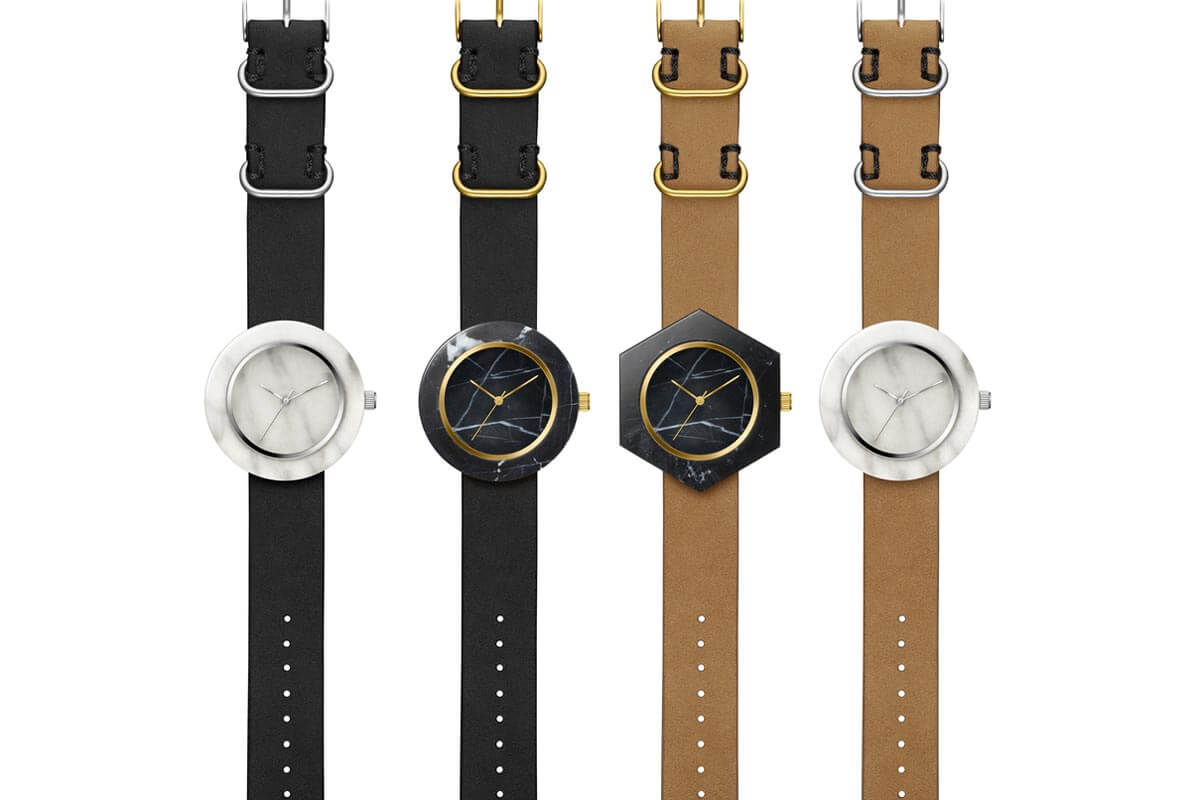 The Analog Watch Co has just started a Kickstarter program to fund the launch of their newest timepiece. The Philadelphia-based watch company already made name with the Carpenter’s Watch, which is the world’s only wooden watch with a flexible wood band, and it’s a bestseller in the MoMA Design Stores. Now they’re coming with another “nature-inspired” timepiece, entirely made of marble, and called the Mason Watch.

Analog Watch Co says that the Mason Watch is “the world’s first stone watch with a solid body and face made of real marble” and that could well be so. However we would like to treat you on a short lesson in history: in 1985 the Swiss brand Tissot first introduced a watch made in stone; it was crafted from a solid piece of Alpine granite rock. Tissot actually has some more ‘firsts’, like the IDEA 2001 (the world’s first plastic watch, introduced in 1971), the Pearl Watch (the world’s first (and only) watch made in mother of pearl, in 1987) and the Wood Watch (in 1998). Maybe the type of rock is different (granite vs. marble), however the basics are the same as you can see in the photo below that shows a collection of Tissot Rock Watches.

Although the idea is the same, we like Analog Watch Co’s new timepiece, the Mason Watch. It certainly isn’t a world’s first, however it’s fun to see a new company, with renewed inspiration to pick this idea and create a watch from marble. In terms of design the Mason Watch has some more variation (two shapes), however in terms of colors (natural material) the choice is between black and white. 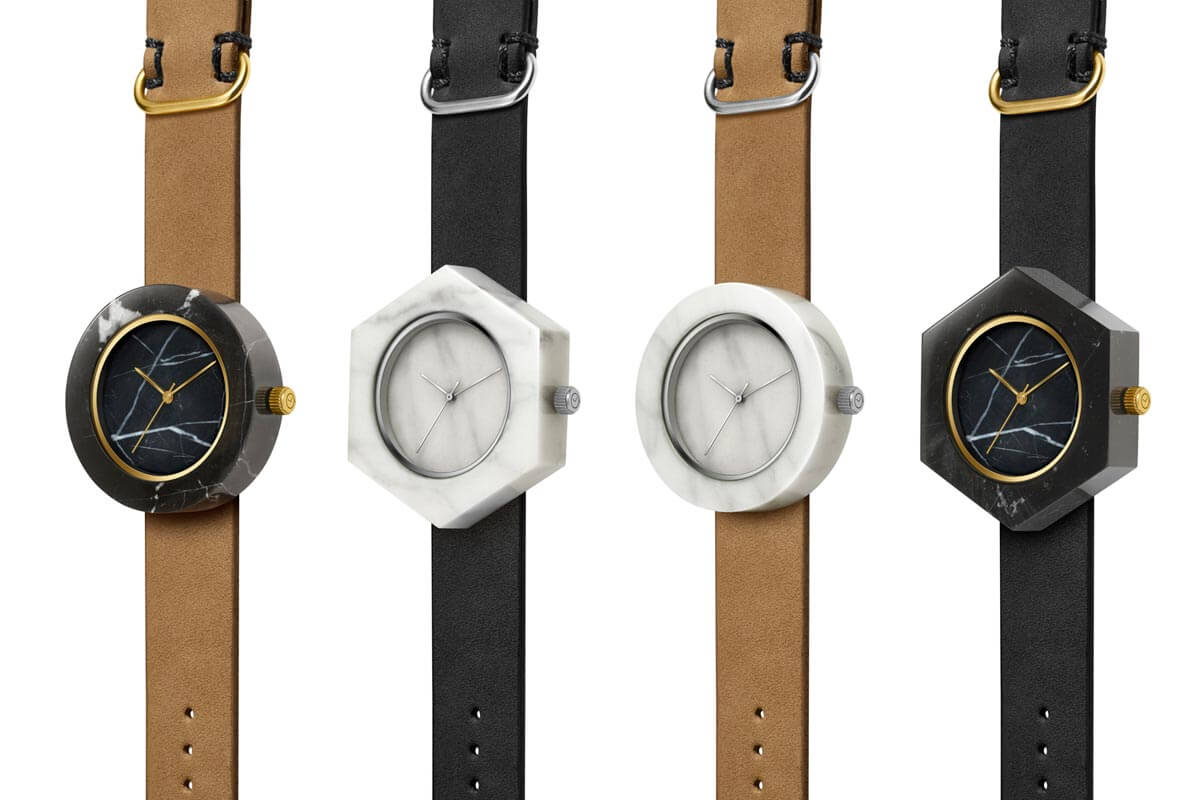 The Mason Watch comes in either black or white marble, machined from one piece. Each watch comes with a premium top grain leather strap, hand-crafted by Amish leathersmiths in Lancaster, Pennsylvania, USA. Inside ticks something that we usually (always?) turn away from, however we do understand that with a Swiss quartz movement the price of the Mason Watch can be very accessible.

Case in point is, that during the Kickstarter period you can pre-order one of these marble watches, for only $ 165 USD (normal retail price will be $ 399 USD). The Mason Watch is a cool piece of horology that reminds of the bold adventure that Tissot once started.