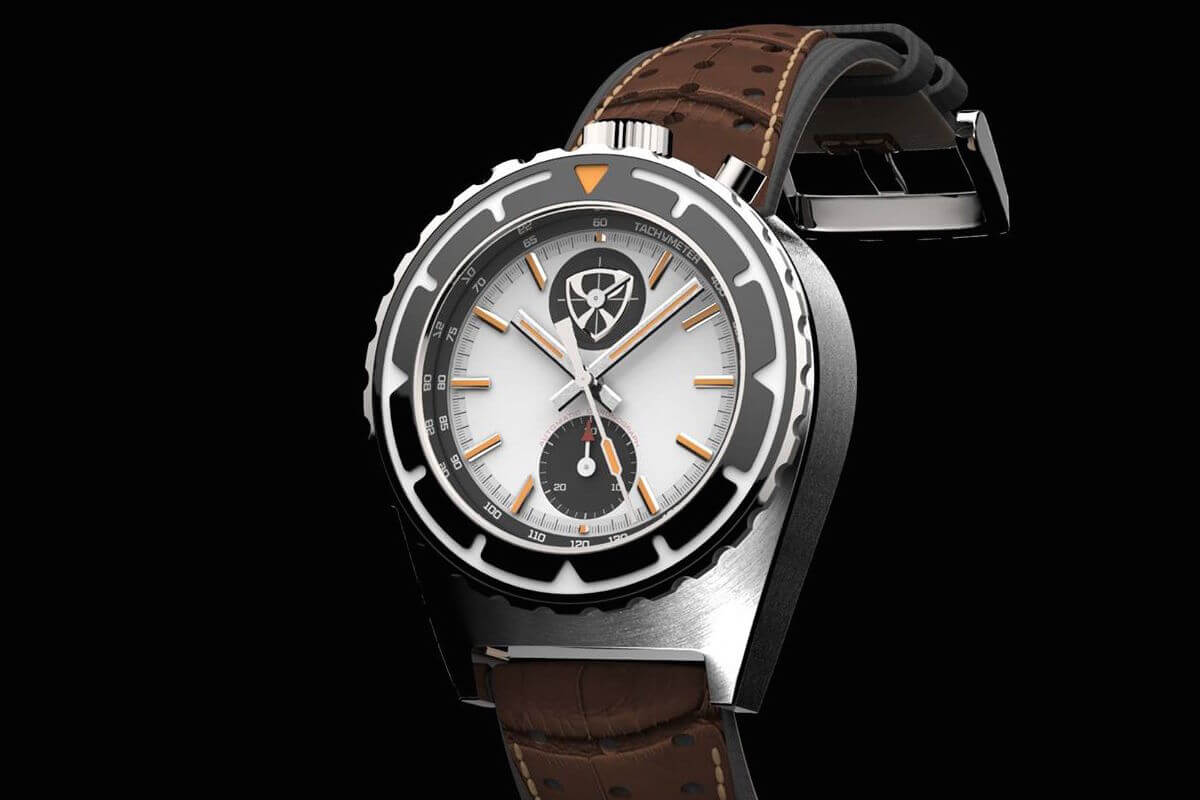 1970s… This decade was an ode to creativity and to freedom – and sometimes to bad tastes too. At that time, Lamborghini launched the Countach, the Bee Gees were singing Saturday Night Fever and Georges Lucas shot Star Wars. However, we’ve also seen the arrival of psychedelic and extremely coloured wallpapers and platform shoes. In terms of watches, there were some strange UFO so-called the bullheads, a sort of reverse chronographs with the pushers and the crown at 12. If this look was ugly for some years, they are now becoming cool again – and we found a solution to have new ones with great look, nice movement and affordable price. It’s called the ‘The Bull’ by Stuckx and it’s a Kickstarter project you really have to consider.

“Stuckx presents, a story so intense it produces a watch too hard for this small screen: THE BULL“… Before starting explaining you about this watch, just take a look at this short movie that will certainly give you a view on the concept. Nothing too serious, just some cool things, just like the watches to come.

OK back to business. What we have here is a new Kickstarter project that aim to launch a series of watches inspired by 1970s bullhead chronographs. The project is led by an European authorized dealer of some micro watch brands for over 7 years, based in Netherland (and friends of Monochrome). After adding brands like Magrette, Halios or Tempest in their portfolio, the idea is now to offer their own watches, with a unique and very cool design. The recipe is known (but always reliable): a unique deign, funky dials and an outsourced movement (and here, not the worst of them). 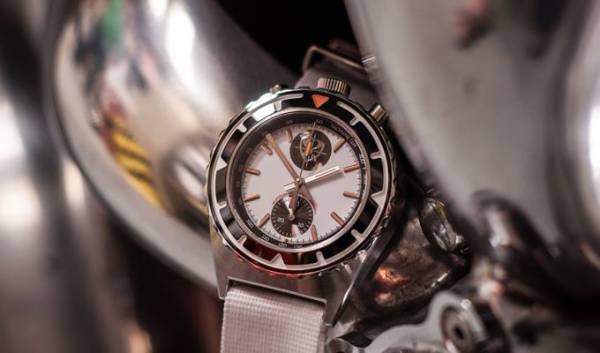 The Bull comes with this specific bulky 1970s case, with integrated lugs, brushed flat surfaces, chamfered and polished edges and the typical bullhead layout. A few watches made by Seiko, Citizen or Omega showed this design during the 1970s and somehow, since Omega reintroduced it 2 years ago, it becomes really cool again. The specificity of these watches – shared by the Stuckx Bull – is to have the crown and the pushers located at 12, on the top of the watch – instead of the usual placement at 3. As bulky this Bull looks, it remains quite reasonably sized at 42mm. It features a rotating bezel made of engraved ceramic. 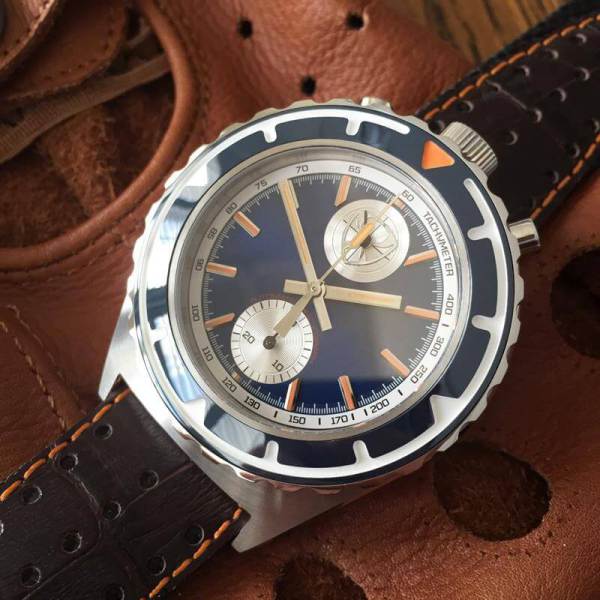 The Bull comes in 3 editions: 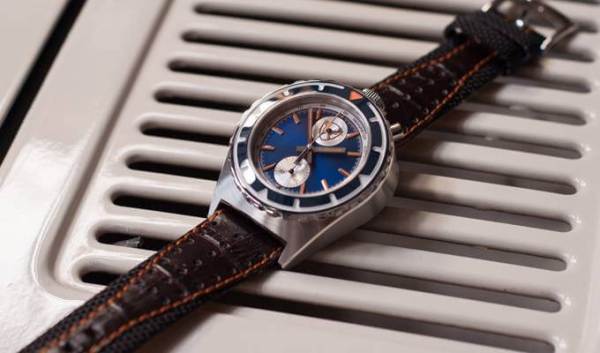 The mechanical Bull features an automatic, integrated chronograph movement with column wheel and vertical clutch (so to say, the finest combo possible for a chrono) supplied by no less than Seiko (the Calibre NE88) and visible through a sapphire caseback. Just take a moment to think about… This watch could be yours for 699 Euros! Yes, a real proper automatic chronograph with column wheel for the price of a fancy Swiss quartz watch. Kind of bargain for this level of mechanical pleasure – and together with the very cool design, you’ll have a real great watch. 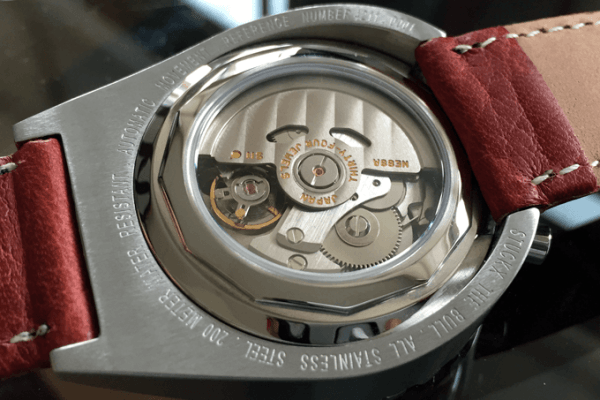 We highly recommend you to have a look at the Kickstarter page where all the ins and outs of the project are explained – and where you can see the multiple editions available, including 9 different colours.