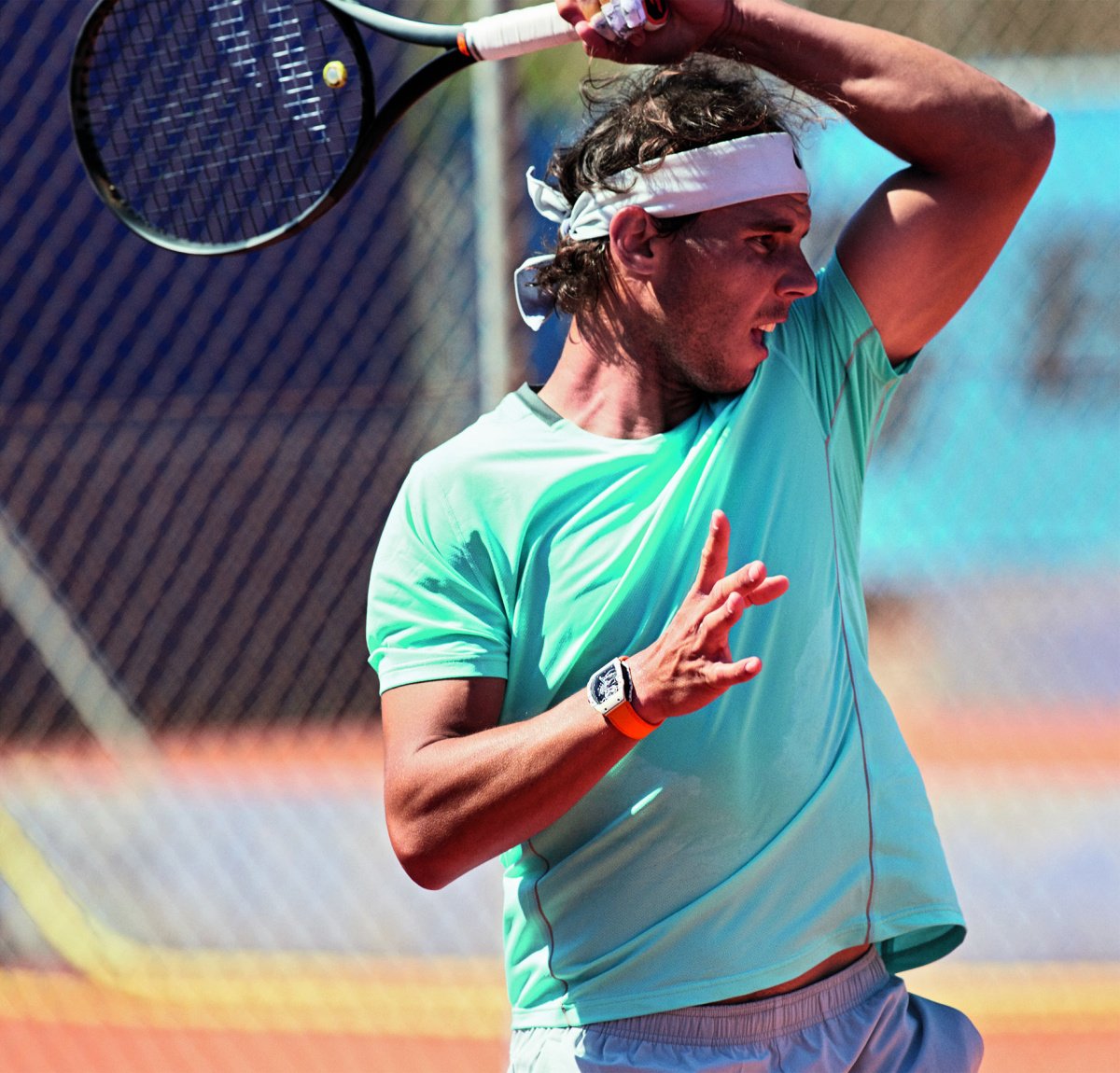 But it is game, set and match to Richard Mille, as the indepedent Swiss brand has decided to launch not one, but two limited edition watches dedicated to Rafael Nadal. Rafael Nadal and Richard Mille have of course been inseparable since their first meeting in 2007. He is “family,” Nadal told us when we sat down with the Tennis Champion last year.

The most famous Richard Mille ambassador, who infamously “didn’t want to wear a watch at first,” has since inspired a flurry of highly –complicated sports watches. With Roland-Garros 2015 in their sights, Richard Mille and Rafael Nadal have announced the release of two limited edition watches, and the tennis champion, who is getting ready to challenge for a 10th French Open title, has already been spotted testing his latest timepiece. After last week’s RM 035 Americas limited edition, the brand has just announced a new manual winding tourbillon caliber dedicated to the Tennis Champion. With a production run of just 50 models, the RM 27-02 is a rare product for those closest to the brand.

Once again, the greatest concern of the independent Swiss watchmaker has been the development of a lightweight timepiece, capable of absorbing the full force of the tennis man’s swing. In order to bring down the weight of the watch even mote, the engineers at Richard Mille have stripped its most basic components, including its screws, and fused the caseband and baseplate into a single piece. This structure, inspired by the chassis of raving cars, which Richard Mille is particularly found of, is also more rigid and more resistant to impacts than ever before in the watchmaking industry.

As usual, Rafael Nadal will carry out the ultimate test by wearing this new caliber in his quest towards a 10th French Open title. He begins his title challenge against wild-card Quentin Halys in Round One of Roland-Garros later today.

Photo Credit: Richard Mille. For more information, please visit the official Richard Mille website. Follow Haute Time on Instagram to catch all of the new releases as they happen.